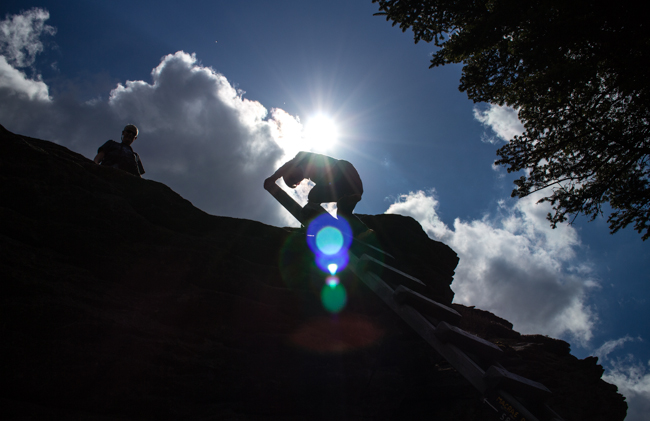 We had always wanted to visit Boone, NC; not for any particular reason, just because we’ve been told by many it was the coolest spot in the state.
So, when a crazy, post-sailboat-cruising, Kiwi-American family offered up their driveway as a base camp for adventure, we jumped on it! 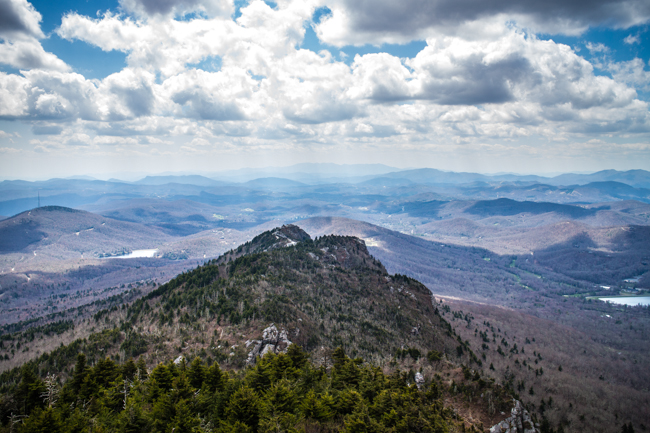 Hugh, Lin and their twin boys (Mitch and Josh) live in West Jefferson, which is a short drive from most everything worth seeing in the area (or at least that’s what they told us since they were driving).  So, let’s dive right in: 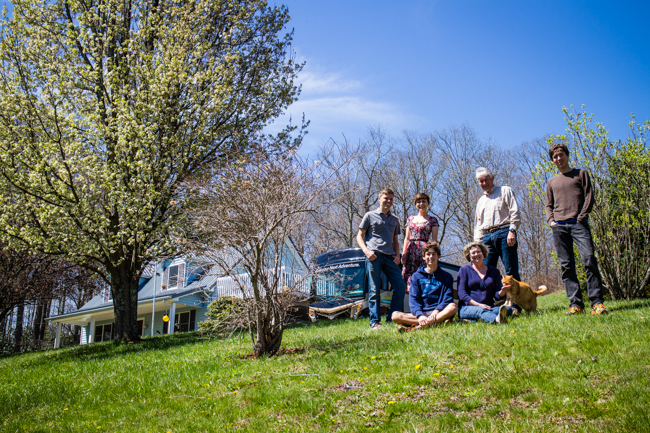 I feel the need to tell you right up front that the entry fees are crazy expensive! $20 per person is steep for a state park but luckily we were there during what they call “dollar” days for the locals (and we were with a car full of locals) so we only had to pay $3 each.

This was really our only escapade along the Blue Ridge Parkway and was just tasty enough to leave us wanting more. Grandfather Mountain sits at a whopping 5,946 feet above sea level and is the highest peak on the eastern slope of the Blue Ridge Mountains. 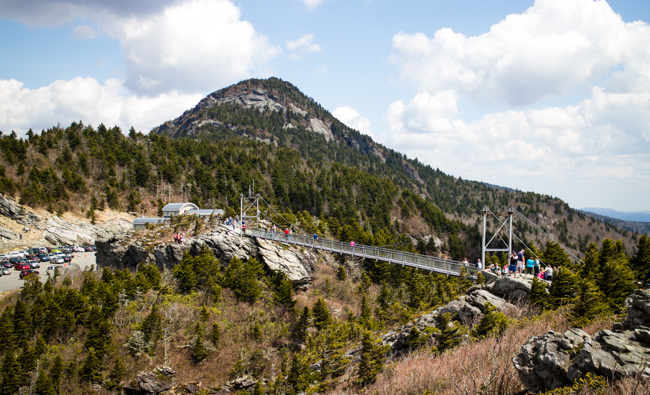 One of the biggest attractions is the Mile High Swinging Bridge which is touted to be the highest in America.  It’s a swinging bridge because it literally sways in the wind, while you’re walking on it…and nobody reads the warning sign “40 person load limit” so it is quite the adventure just crossing.  This could be thrilling or cause you to wet your pants on a high wind day, and believe me it can get crazy windy (some of the highest surface wind speeds ever recorded were here) so you may want to bring a sweater (and a change of pants) if you plan on hanging around for a while. 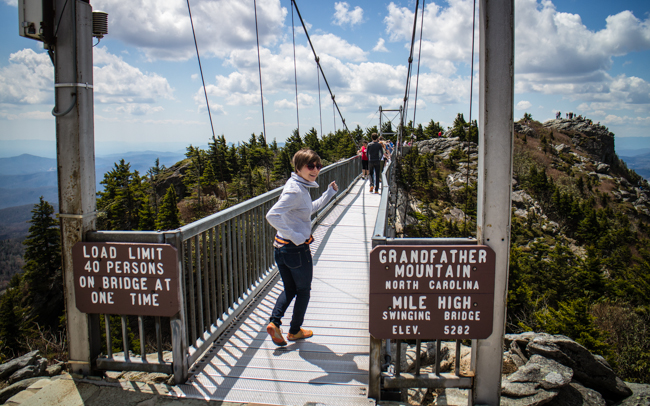 The Bridge is fun for a short bit, but what we found really made the trip, and the price of admission, worth it is the trails.  The rugged trails have hidden caves, steep cliffs, rope assists, giant boulders, dense forest and lots and lots of ladders! Possibly one of the most unique hikes we’ve ever been on! 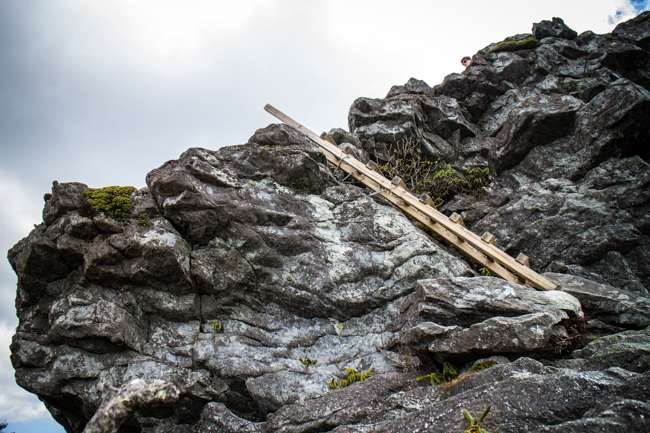 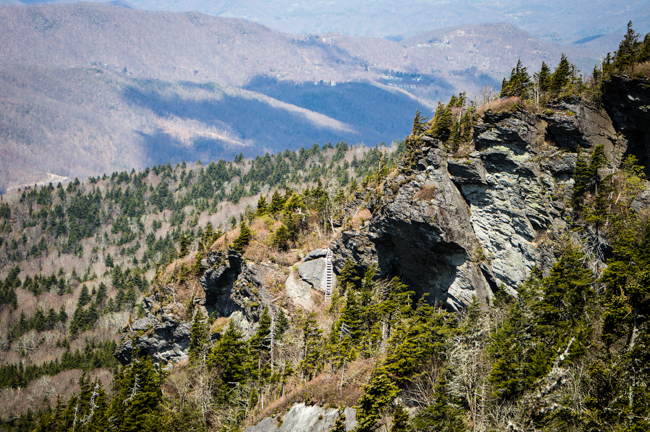 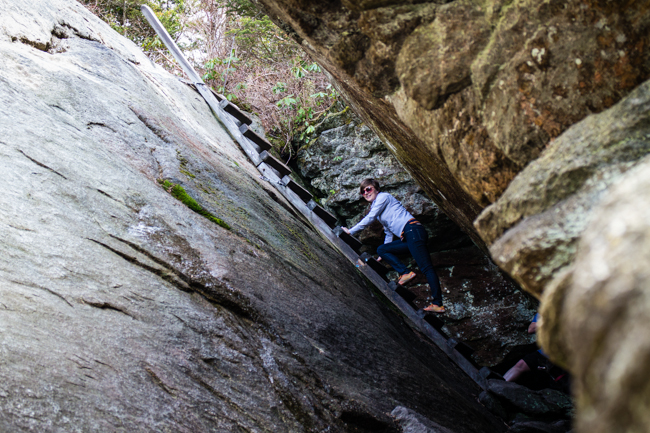 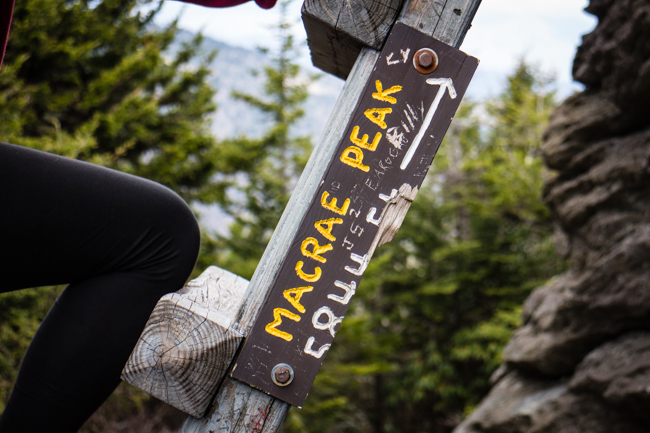 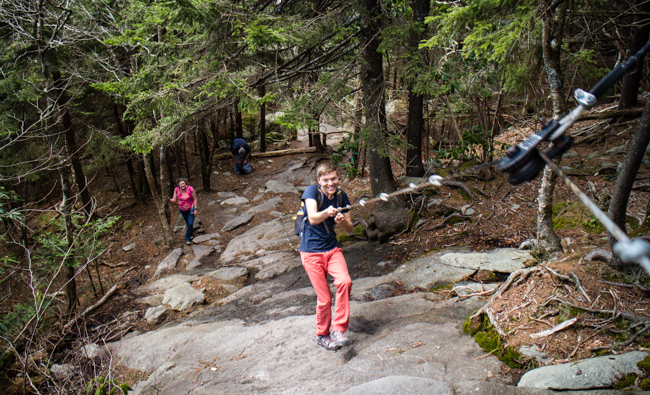 Ok, this is actually in Virginia, not North Carolina, but when we were told this was the place to see real wild sexy ponies…how we could resist?!? Plus, we wanted the bragging rights of saying we hiked the Appalachian Trail. 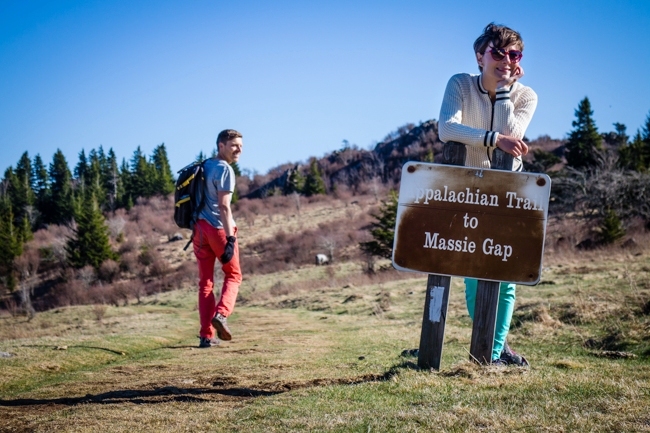 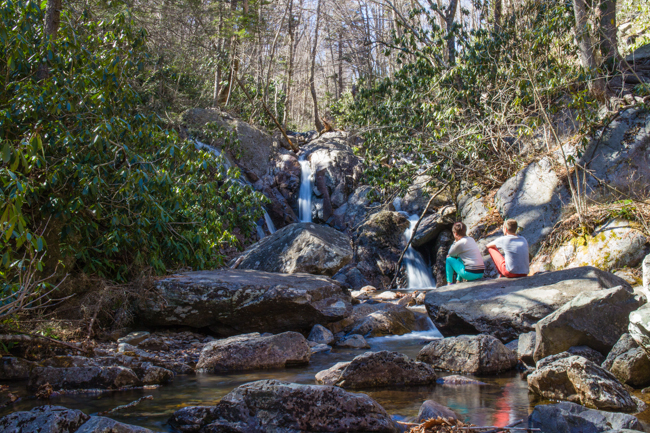 I can’t say the views were any better than the ones at Grandfather Mountain but oh those wild ponies don’t disappoint!  Round, full bellies accentuated by long flowing locks.  If ponies were supermodels, this is where they’d go to be photographed! 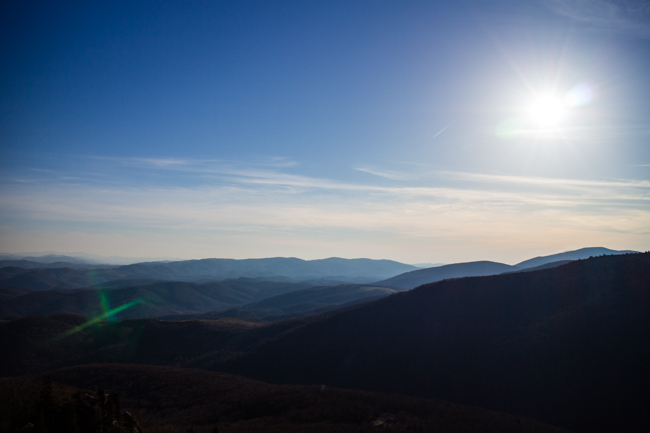 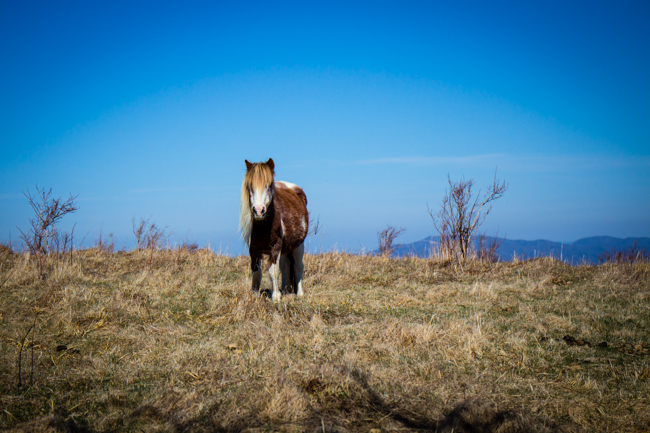 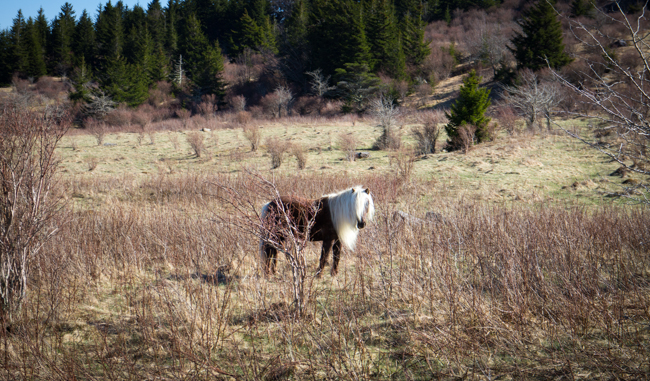 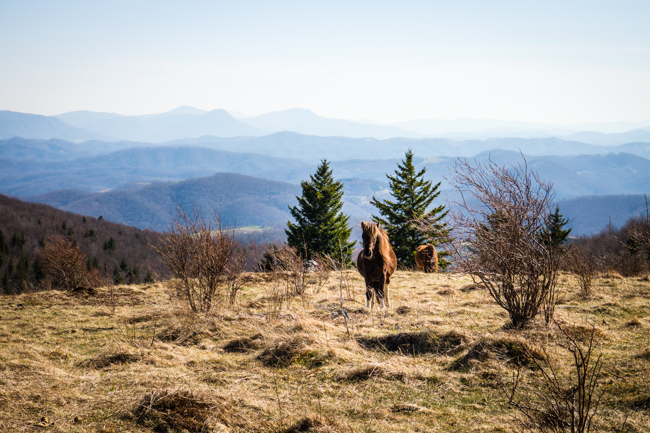 These models may have round bellies and look happy and full, but don’t let them fool you.  One rustle of a granola bar wrapper and you will quickly have a stampede at your heels!  The sign’s clearly state DO NOT FEED THE ANIMALS but it’s all too obvious these ponies don’t like to work for free. 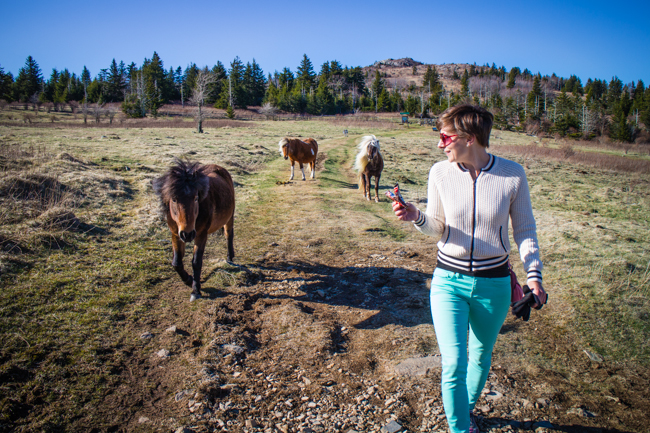 If Fabio and his silky white, windblown tresses don’t make you want to give up a granola bar, nothing will.  I won’t lie, I was very tempted.  Once they realized I had eaten it all I was left with nothing but rear views.

The New River is well known for being a white water hot spot, but not all of it.  There are some lovely stretches perfect for a leisurely paddle.  Being the lucky buggers (as Hugh would say) that we are, our hosts just happen to have a few kayaks and a canoe!  And don’t worry Jason only brought the GoPro this time in case he had another tumble! 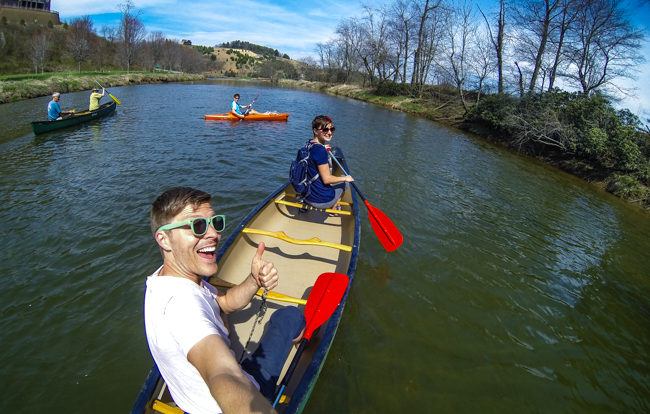 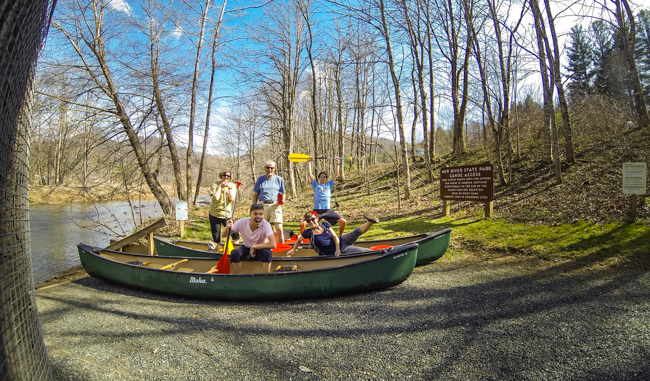 The sad thing is we spent nearly two weeks with our gracious hosts, yet we only explored one afternoon in Boone!  So I guess we might as well ask:  Dear Hugh and Lin, can we stay with you again…
Tell us what we missed in the comments below, sure we saw a lot but I’m sure we missed so much more. 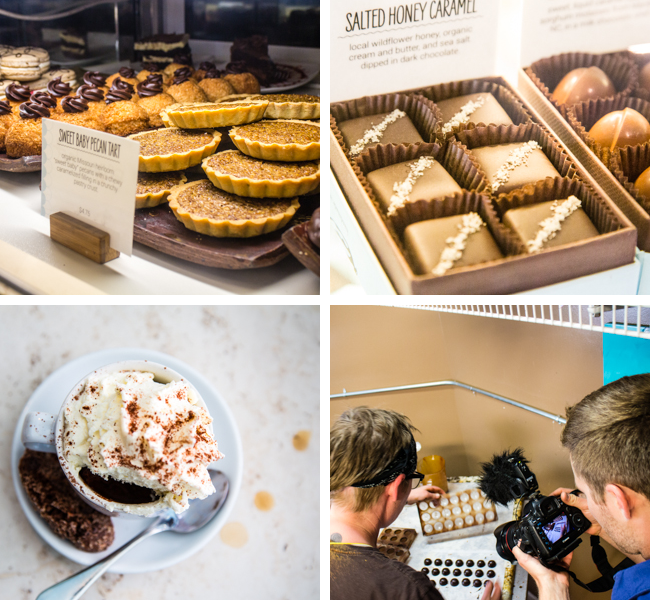 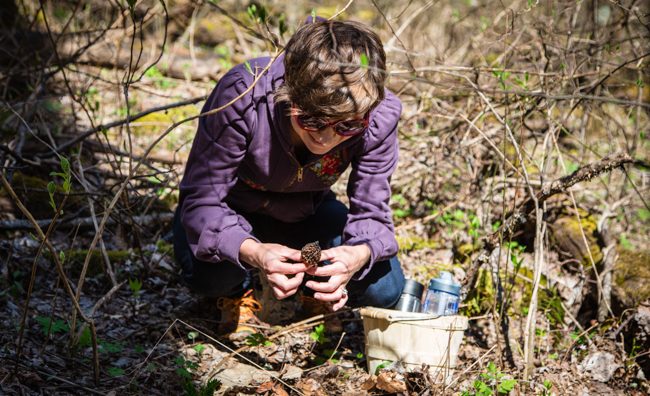 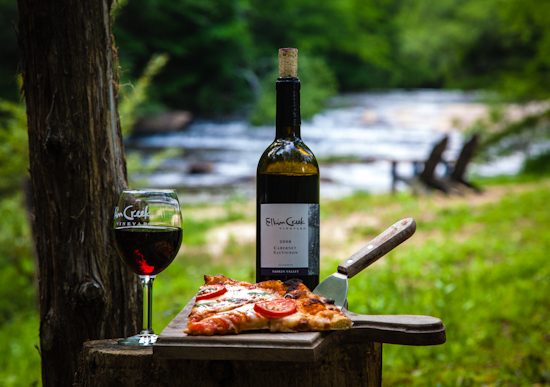 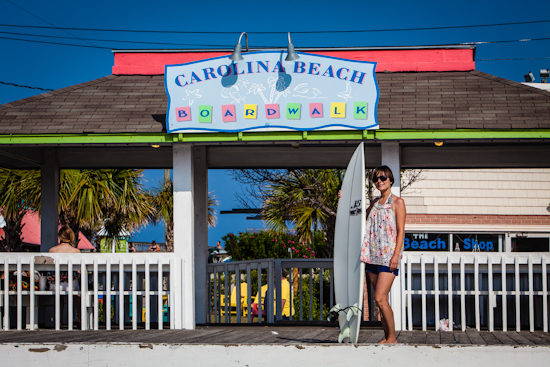