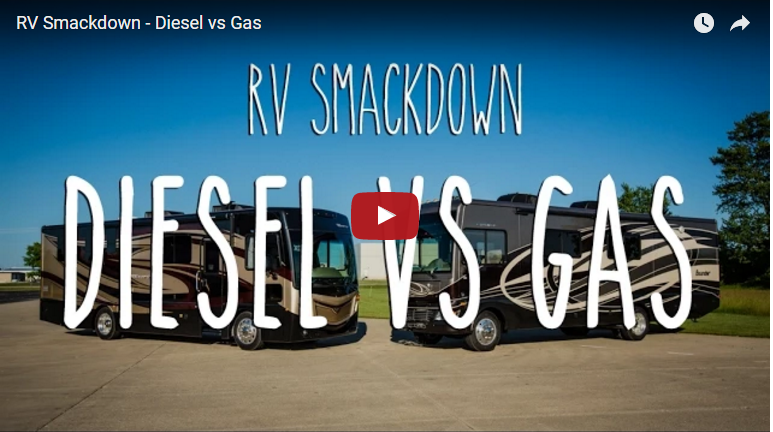 One of the greatest debates for new RVers, and seasoned RVers alike, has to be the impossible to settle Gas vs. Diesel!  Is a Diesel RV better than a Gas RV?

We take this question head on in what we’re calling the RV Smackdown Gas Vs. Diesel.  We sat down with the Fleetwood design and engineering team, chatted about our take on Gas vs. Diesel and told them we wanted to shoot a simple, easy to understand video that put a Gas RV head-to-head with a Diesel RV in the hopes of making a simple comparison that any potential buyer would understand. 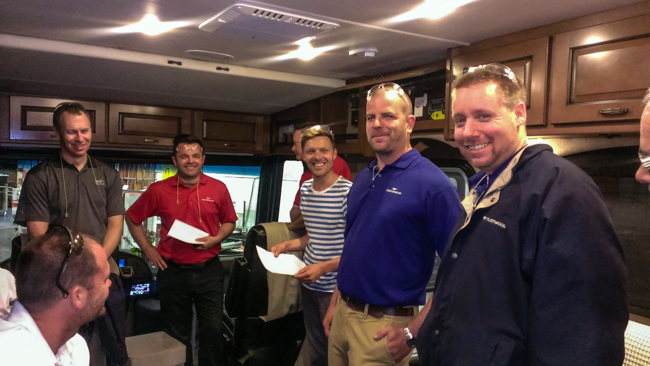 For our comparison we’ve selected a gas powered 33C Bounder and a diesel powered 33D Excursion, both motorhomes are 2015 models.  We selected these 2 RVs because they’re about as similar as you can get in length, layout and features.  To keep this comparison simple I’ve narrowed it down to what I think are the top 6 differences between these RV’s.

Service intervals are one of the biggest differences between these two RVs, here’s a snapshot of the regular maintenance schedule recommendations from each of the manufacturers:

Now to be upfront and fully honest we’ve owned 3 different class A diesel RVs, we haven’t owned a gas RV unless you count our little VW Vanagon.  Although, our first “big” RV was a Damon Avanti front engine diesel that was built on a Workhorse chassis so it was very similar to the ford RV chassis that gas RV’s are built on (so what I’m trying to say is we’ve got a little experience with an RV that drives like a gas motorhome).

A few misconceptions we had about Gas vs. Diesel RVs:

The quality and build of these 2 coaches are pretty similar, should you decide to go for gas you’re not getting a lower quality product it’s really just configured differently. For us when it comes to driving comfort, features and mountain performance the diesel wins hands down, but throw in the 30% price difference and the choice isn’t so clear cut for everyone. Really, it’s all about how and where you plan to travel.

So what works for you?  Share your thoughts and your RV model in the comments below, we’re seriously looking at testing out a Gas RV for our next home on wheels and we’d love to hear your thoughts.

Disclaimer – These comparisons are generalized differences between these two specific RV models. This article and video are for entertainment purposes only, and even though we discussed these differences with the Fleetwood team we are solely responsible for this content. A big thanks to Fleetwood RV for making this article and video possible. As always our opinions are our own. 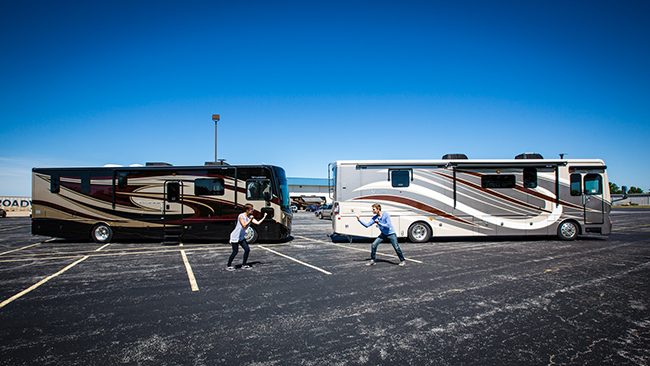 RV Smackdown – Excursion vs Discovery, Why the Huge Price Difference?