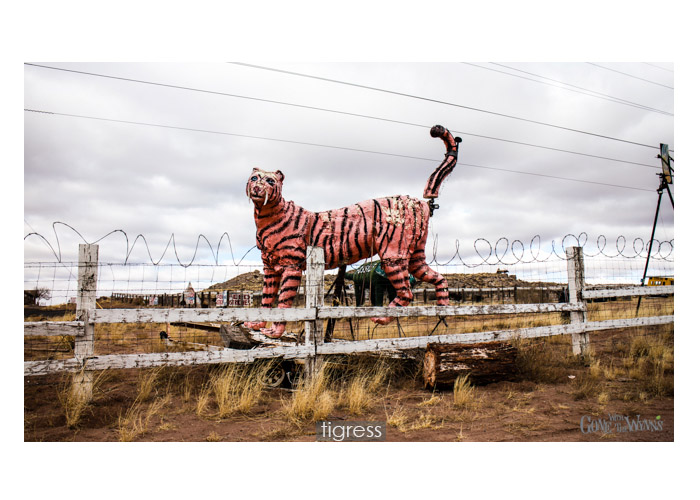 Beyond the Gates of the Petrified Forest: Route 66 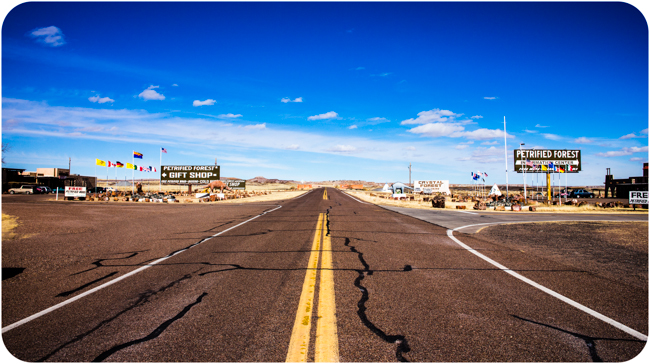 Driving up to the South gates of Petrified Forest National Park brings you back to the hay-day of the Route 66 Phenomenon. Two tourist trap pit stops line each side of the street and offer a glimpse into the relics of the past.

We look left, look right, and realize there is nobody here! Maybe it’s the fact that the Petrified Forest is in the middle of nowhere in Arizona, or maybe it’s that people are losing interest in our National Parks….or maybe it’s just because it’s zero degrees Fahrenheit today? 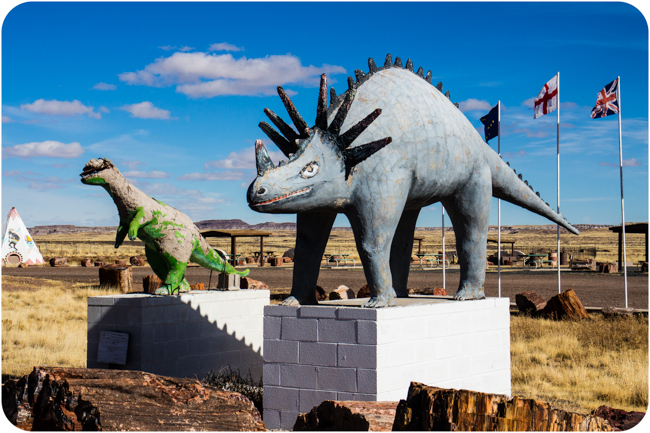 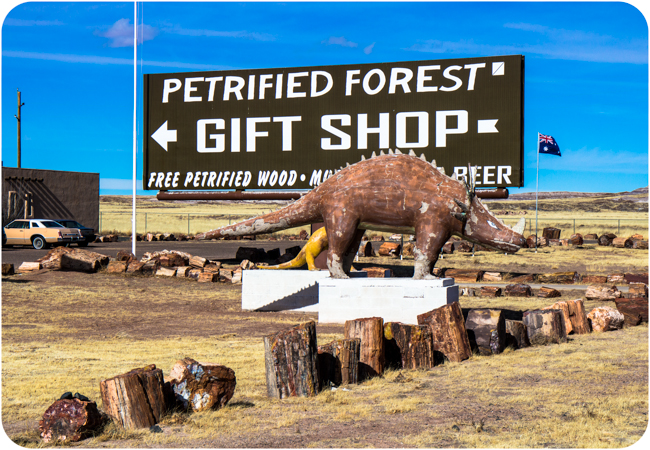 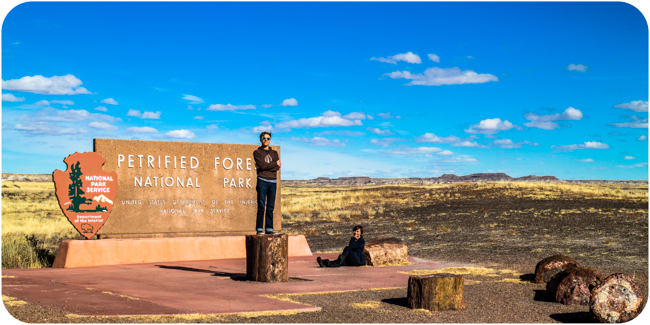 Now, if the South entrance isn’t bringing on that warm fuzzy Route 66 Americana feeling…maybe the spectacles leading up to the North entrance will.  It’s a little creepy meets a whole lotta WTH! 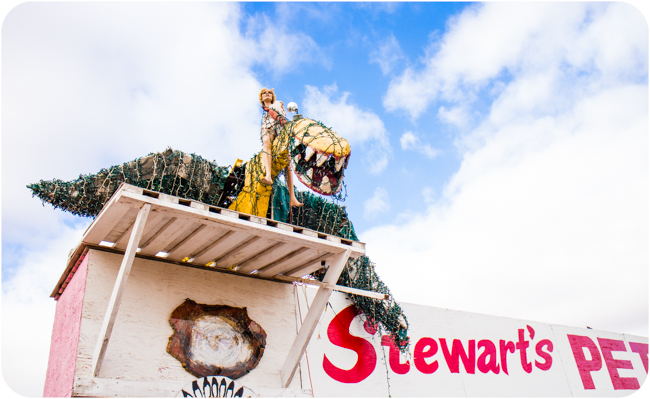 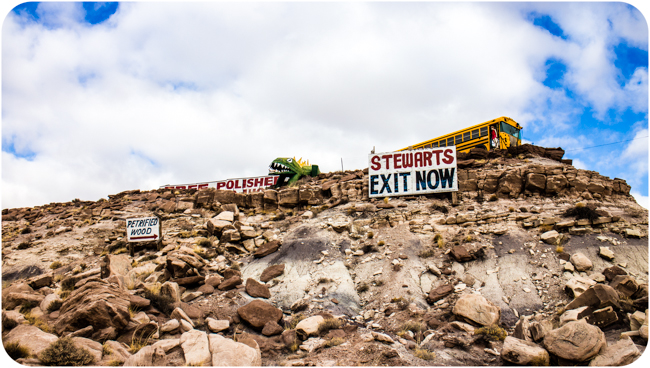 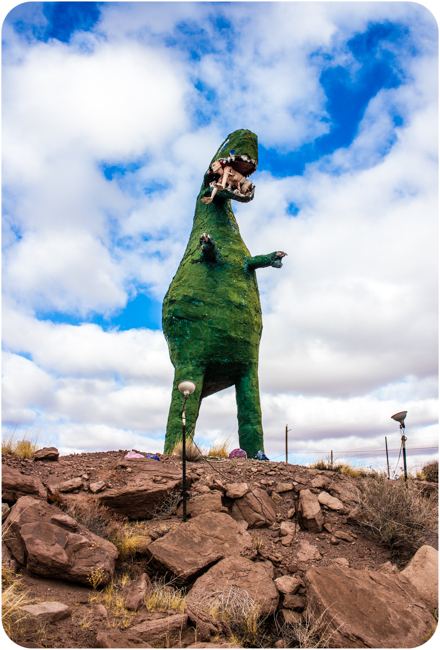 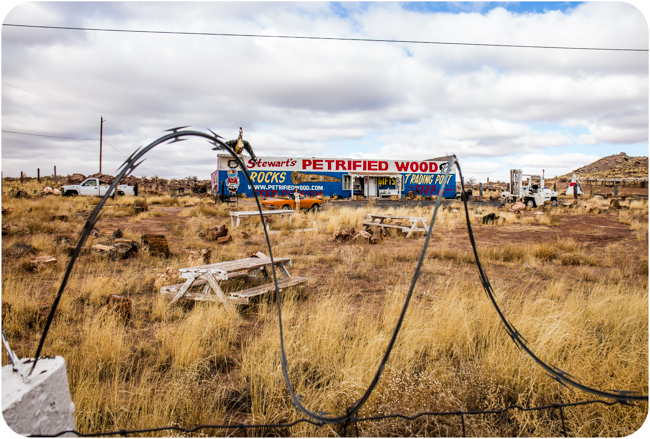 We sat out in our car for quite a while debating whether or not we should go in and if we did, would we make it out alive?  We eventually asked ourselves “what would Indy do”?  And that was that, we were going in!  We had to find out what was inside.  After a couple of good tugs on the door we were greeted from behind…by a toothless gruff looking woman sitting in what we thought was one of the abandoned cars.  She rolled down her window to kindly let us know they were out to lunch and would be back in 45.  While our curiosity was at its peek, we didn’t feel like hangin around here for another 45 minutes.  We didn’t want to push our luck and the willies were really starting to settle in.

The good news is we did make it to the petrified forest and it’s just as interesting as the drive in!