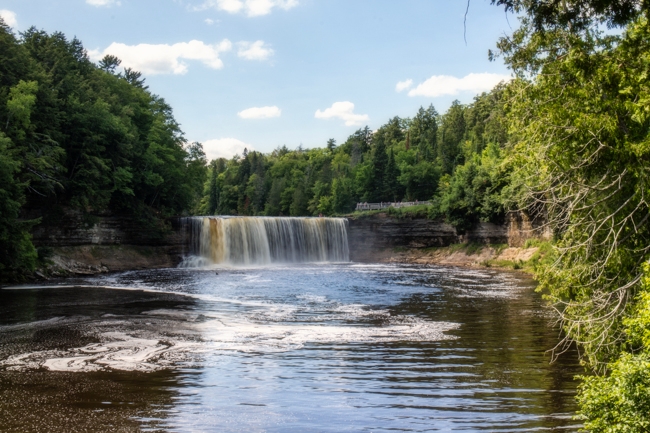 Can’t say we fell in love with this Michigan State Park, but to be honest we only had a day to explore it so maybe we didn’t give it a proper chance. When we announced that our travels were taking us to “da U.P. eh” everyone said Tahquamenon Falls is the “Gem of Michigan”. In fact we heard this statement so many times we had visions of towering rust colored falls dropping into the river below with massive amounts of spray to cool us off after a long rewarding hike. Ya know similar to Nevada Falls in Yosemite, Marble Falls in Sequoia, Zapata Falls in CO, or Multnomah Falls in OR. I guess our expectations were just too high for this particular adventure. 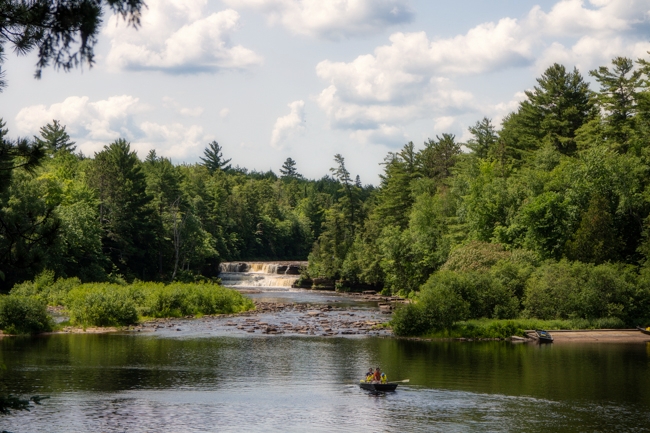 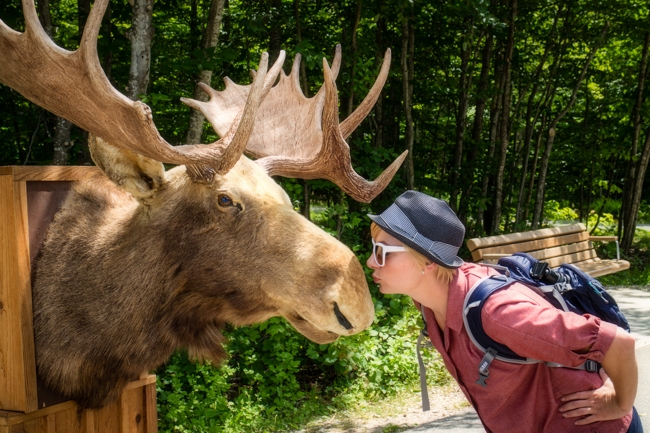 The Lower Falls are accessed by a boardwalk trail where everyone and their dog can walk leisurely around to see the falls. None of the falls are breathtaking by any stretch of the imagination, however the rust color stripes in the water are pretty interesting. 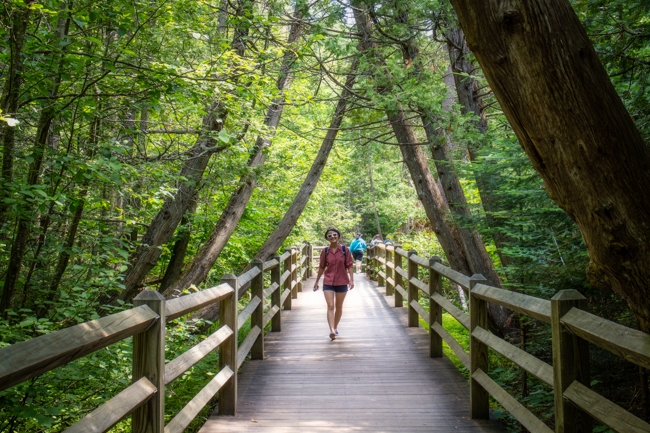 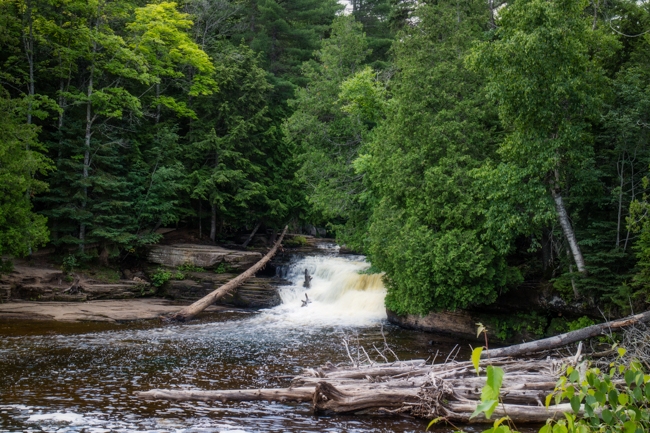 The little general store peddles knick-knacks and rents small boats to get across to the island for what the sign claims is “The best view of the falls”, we weren’t sold on the fact it would be any better so we saved the $10 per person. We did notice several people wading across the river which seemed a little dangerous if you don’t know what your doing, but obviously it can be done. We hiked about a half mile up the River Trial to get a taste of the “best hike in the park” and it seemed moderately challenging for a short afternoon hike. It’s not a loop trail but if you hike the 4 miles to the upper falls and decide you don’t want to hoof it back there is a shuttle bus (busy season only) to take you back down for $5. 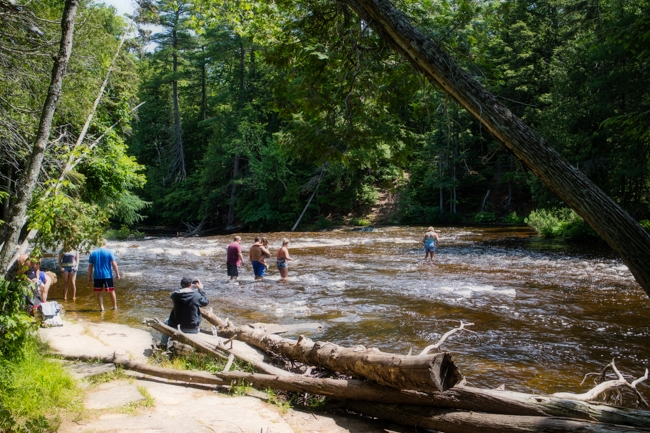 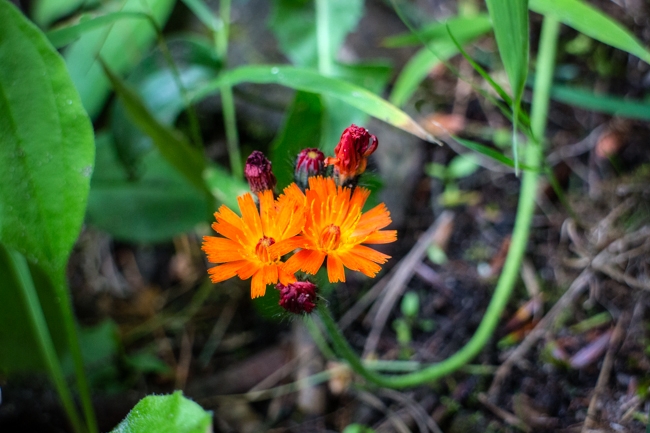 The Upper Falls are a little more striking as the water volume is much higher and I must admit the “cola” colored stripes are pretty darn cool. A set of steep staircases brought us down to the different overlooks, so even though it wasn’t a challenging hike at least we were getting some good cardio. One interesting thing is most people just stuck to the paved trail and didn’t attempt to tackle the stairs, so there were a few moments of uninterrupted peace for us. 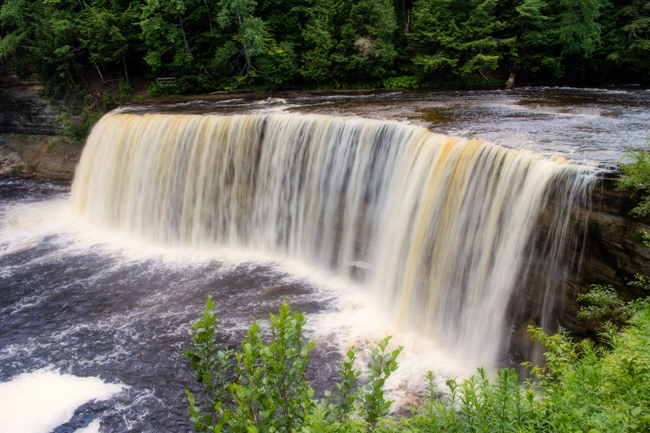 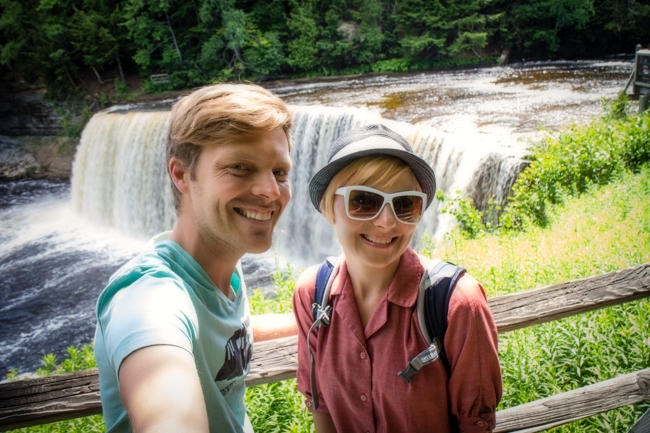 Just for fun we decided to hike about 2 miles down the River Trail and we found a peaceful hike in the trees away from all the concrete tourists. The trail had a few nice “ups” and “downs” and we stumbled upon a little nature along the way. Goes to show you if you wanna get away from the big groups you have to hit the longer, or more challenging hikes. 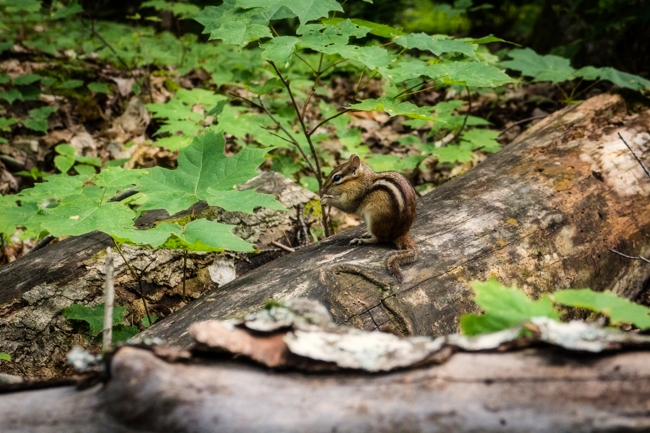 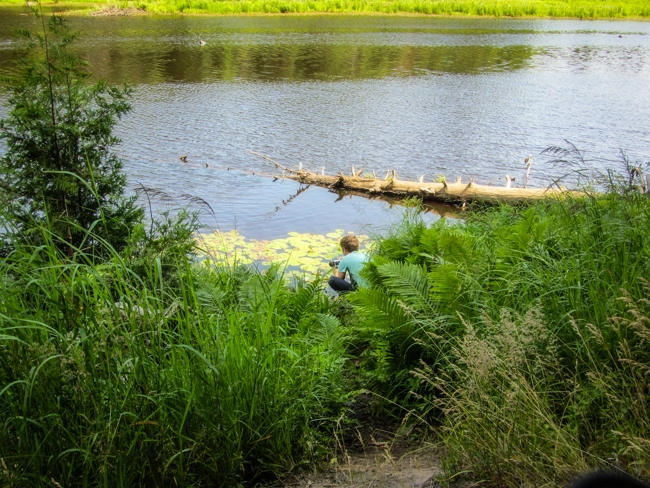 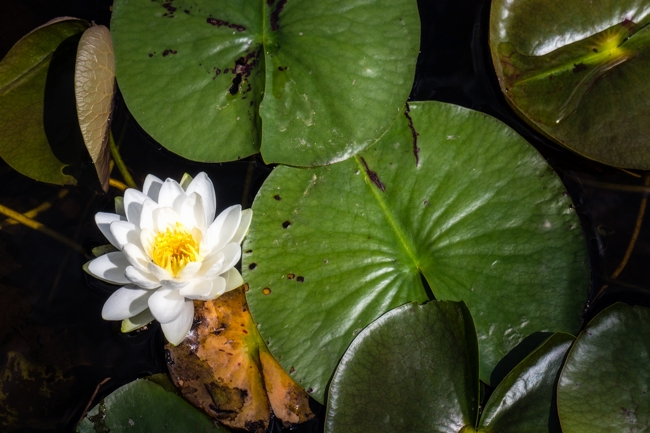 We finished our day at the Tahquamenon Falls Brewery, that’s right there’s a brewery inside the state park! Sounds too good to be true right?!? Well it is. At the time of our visit the brewery only offered 4 beers on tap and they were sold out of 2, leaving behind a wimpy, watery pale ale and a mediocre lager. We did a taste of both but decided we didn’t want to purchase a pint of either. I would think the number one rule of a brewery would be: DON’T RUN OUT OF BEER! To be fair we were there on a Friday afternoon in July, so maybe the brewery was bombarded with customers that morning.

We did not camp in the state park as we felt the $21 for 30a (no sewer or water) plus a $9 daily RV fee plus a $6 tow car fee was a little bit steep…I realize the UP only has a few months to make money but come on $36/day for a basic campground (we’ve gotten a little spoiled/cheap after so many great wild camping experiences here in MI). Since our route is taking us north we drove the RV through the park and there was ample RV parking at both sets of falls.

I originally wrote this article the day after our visit, but reflecting on our photos and thinking again about our experience I’ve come to this conclusion: Tahquamenon Falls State Park is worth a visit! Would I say it’s the “Gem of MI”? Probably not. If I was compiling a list of our top 10 for Michigan I still don’t think these falls would make the list. Michigan has so much beauty, and wonderful small towns, that we’ll share with you over the coming months. Hopefully by the end you’ll agree with us (or at least understand) why we weren’t blown away by our experience at this State Park.

If you feel Tahquamenon Falls State Park is the best of MI please let us know in the comments below. There’s a great chance we were just “off” the day of our visit. If you had a similar experience then back us up. I’m sure we’re going to get an earful on this one 🙂 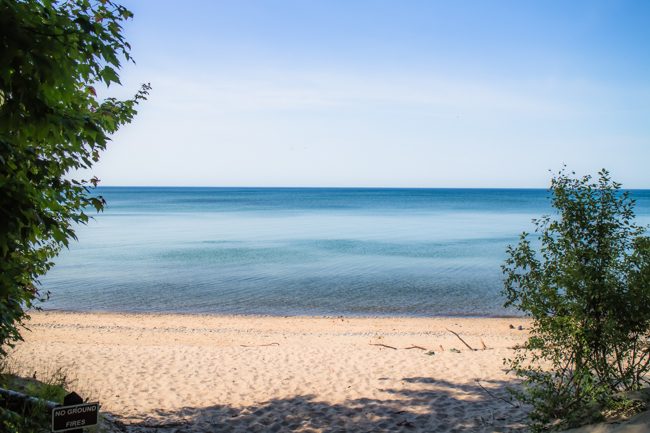 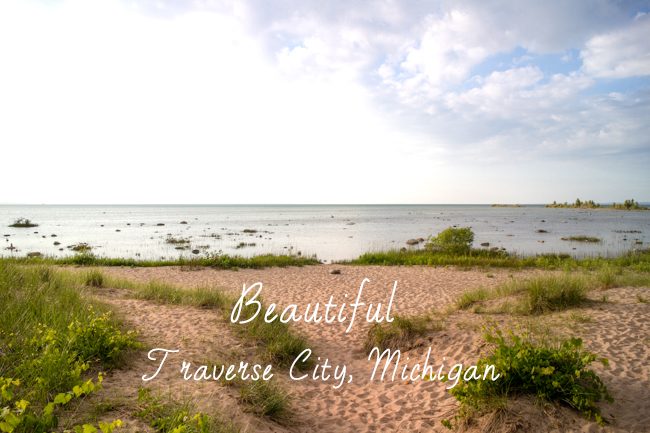 Basking in Sunshine and Wine, A Traverse City Guide