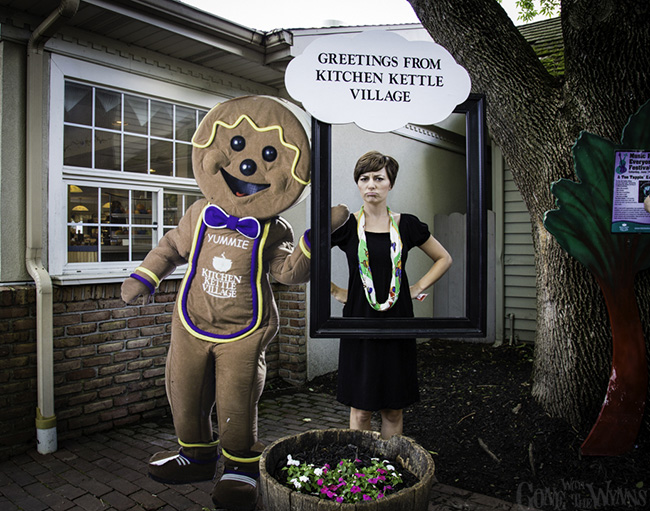 Dutch Country, How About Beer Country

There’s a lot we were told about the Pennsylvania Dutch Country but not one person told us about the beer culture! With a micro brew in every direction, and each brewery as good, or at least as interesting as the next.

The beer (especially the Tap Room) was some of the best beer we have had to date!  But now that we’ve shared a virtual cold one, let’s talk about the hype of Dutch Country.  Now….we realize that some of you are all about the kitsch and there is a strong possibility you may be offended by our next statement, so you may want to skip this one.

For the rest of you, we’re gonna hammer out our “do’s” and “don’ts” of the Pennsylvania Dutch Country.  Don’t get me wrong, it’s a beautiful area worth visiting but there is nothing worse than finding yourself at one tourist trap after another when all you want is an authentic experience.

Let’s start with some cultural don’ts:
Sure it’s beautiful farm land with far off glimpses of the Amish and Mennonite families. But it’s rude to stare and impolite to try and start a conversation with people that don’t want to talk to you (aka – the outside world). It’s a lot of look and don’t touch type of thing…. However, if you can find a true Amish or Mennonite business (good luck) its OK to ask questions regarding purchases and start general chit chat. They just don’t want to be treated like zoo animals. So try and treat them like normal (if you can) and:
• Don’t take photos of Amish or Mennonite people
• Don’t take video of Amish or Mennonite people
• Don’t pet or feed their horses (anytime, anywhere)

Now that you know all of the rules, let’s cover all the things you can skip or pass by quickly.
We were super excited about some of these so called “Amish communities” suggested by some and listed in brochures.  They were all tourist traps and I don’t think we found but maybe one truly Amish owned business. If someone suggests going to Kitchen Kettle Village or stuffing your face at a smorgasbord (think: over sized Luby’s)…politely tell them you can find all of those things at Disney Land.  Don’t waste too much time looking through the knick knack shops and buying souvenirs made in china. 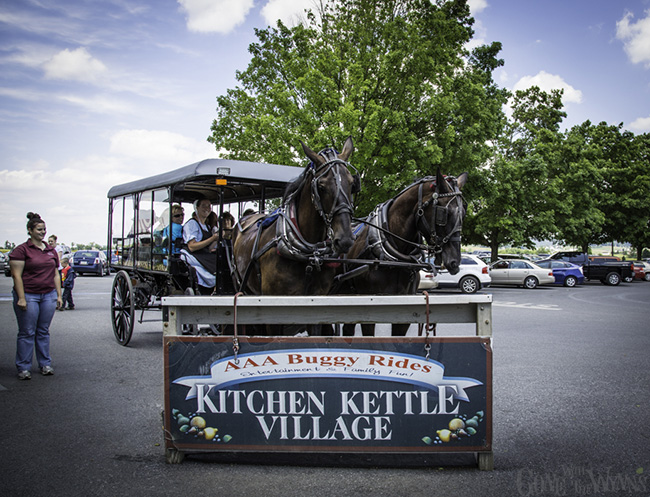 Hop in a car and get lost for a while. 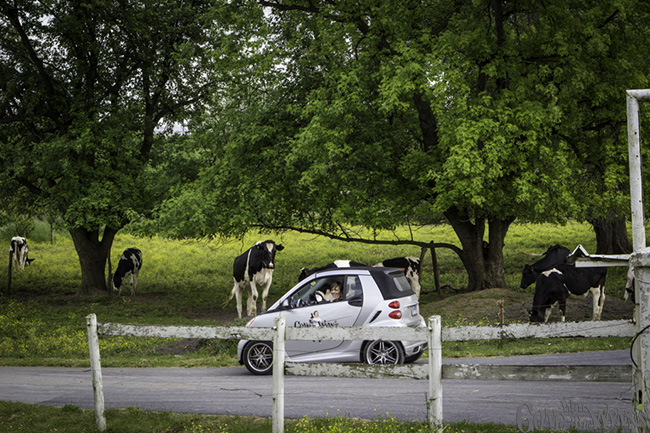 Search out one of the many covered bridges.

Pull over and watch a farmer work his land from a distance…meanwhile the cows will watch you. I guess the staring thing can go both directions. 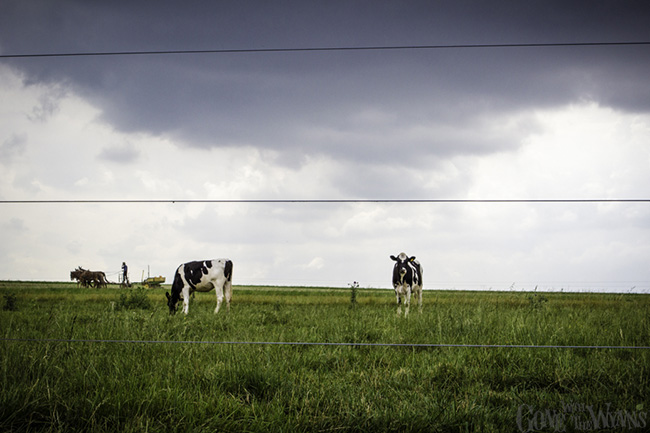 Stop off at a dairy. The ice cream is basic but the cows are cute and we happened to catch the peacocks giving a show. 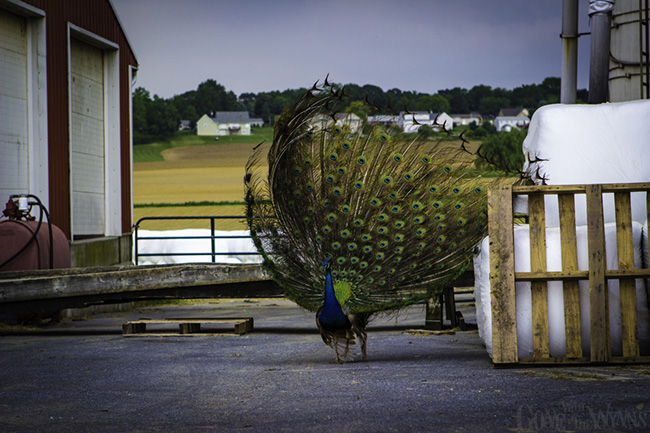 After you have had your feel of farm lands, horses and buggies…..find yourself a micro brew (or several). Sit at the bar and yap up the locals, you never know who you will meet! Maybe, if you are lucky, they will tell you where to find the real Amish. 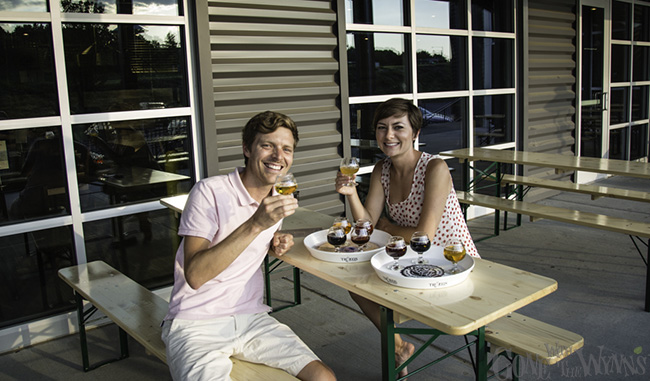 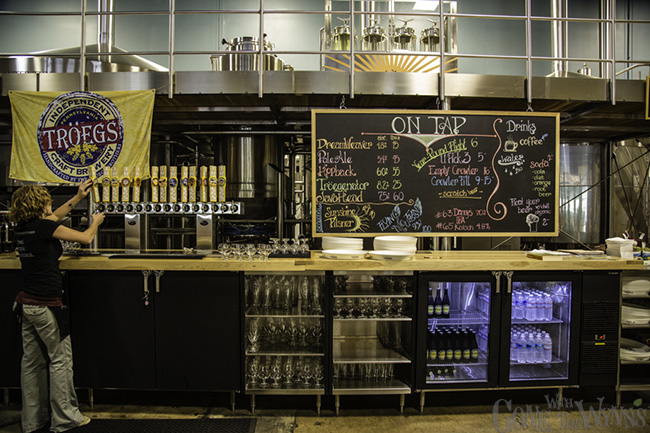 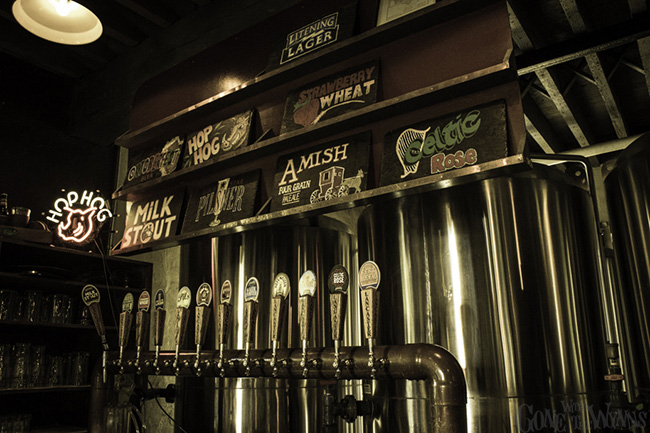 I think that pretty much sums it up, we enjoyed the beer of Pennsylvania Dutch Country. 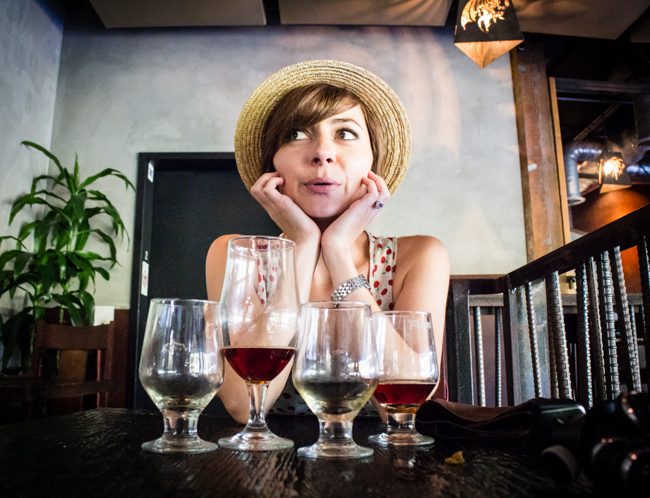 Get Stoned – Slow Food and No Fizzy Yellow Beer 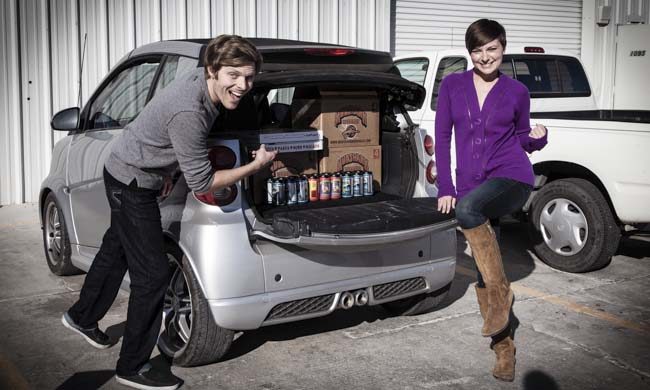 What Makes a Beer, a Microbrew?

How To Make The Best Banana Beer Float in the World 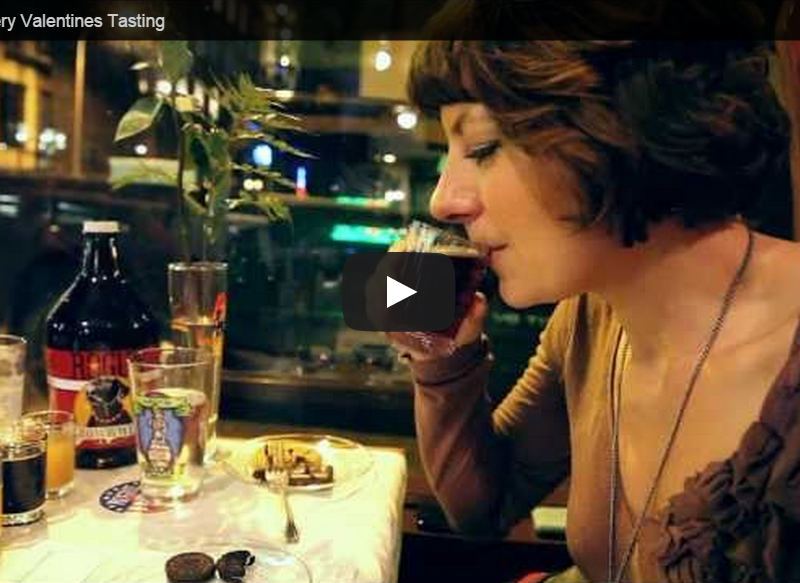