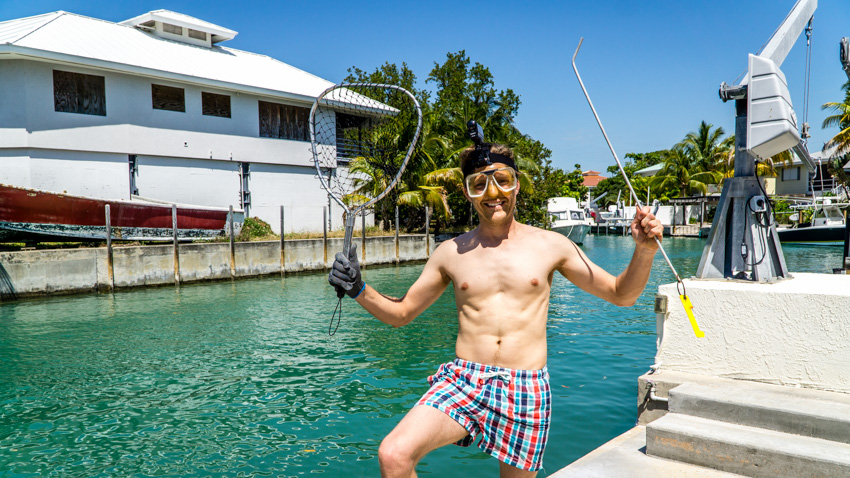 Catching Florida Lobster is Easy…or NOT!

After a week of taunting we finally decide to do something about it!  We’re all about farm-to-fork (or sea-to-fork in this case) dining and in our book it doesn’t get much better than fresh, wild lobster.

Like any good millennials, we turn to our computers and search how to catch and clean Florida spiny tail lobster.

Once we scanned a few websites and watched a few videos we thought to ourselves…this looks easy.  We should have known better than to say that phrase because it typically goes downhill from there.

In full disclosure this most likely should be titled how NOT to catch and clean a lobster.  In fact, it’s a little embarrassing, but that’s life and learning, isn’t it?!?  So don’t feel bad if you find yourself laughing at us…we’re laughing right along with you.

Sure we could’ve edited this down to make ourselves look like pros, but what a disservice that would be. I am glad we’re getting our practice in on these claw-less Florida Lobsters. Can you imagine if this would’ve been their cold water relatives? They could’ve easily taken a finger or two just to teach us a lesson. Yowzers!

After our half-wit lobster catching and cleaning debacle I decided to do a little more research for our next attempt.  Here is what I have learned so far:

Lobsters move slowly forward but when scared they flex those tails and fly backwards! They are like seafood lightning bolts!  So, make sure you are ready with the net!

Once you’ve spotted a lobster slide the tickle stick behind and gently tap the lobsters tail to coax them forward. Once it’s out of the hole, place the net behind the lobster and give a little tap on the forehead. This should cause the lobster to quickly shoot back into your net.

However, if you’re first few attempts are anything like Jason’s…it may take a little bit to get the hang of it. Oh, and if you don’t quickly swoop the end of the net around so the lobster is trapped, they will work their way out.

The trickiest part seemed to be measuring the lobster while still in the water (rules say you can’t take a lobster out of the water until you’re sure it’s of legal size).  The minimum size is a carapace (body) measuring at least 3 inches.  This means it’s at least 2-3 years old and has had time to reproduce at least once. 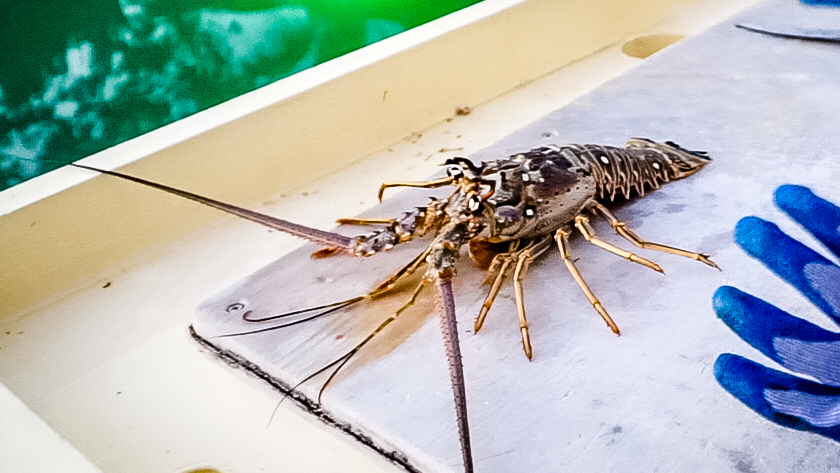 Removing the Tail and Cleaning the Lobster

As with most things on the internet, there was more than one way to de-tail a lobster. I read and watched several websites/videos and here is what I walked away with:

The most humane thing to do is put the lobster in the freezer, or cover it with ice, for two hours to render it unconscious (none of the Florida Lobster specific videos/websites mentioned this so I didn’t do this step…and I seriously wished I would have). Once the lobster is unconscious and no longer moving, push the tip of a sharp knife through the center of the head (in the video, I was too close to the center) and it’s supposed to kill it instantly and humanely.

Cut the spines on the edge of the tail to keep from poking your hands, the sharp edges can even poke through gloves.  Hold the tail in one hand and the body in the other. With a twist in both directions pull the tail to separate from the body. Snip off any slick membrane left behind and remove the dark intestinal thread that runs the length of the tail (much like de-veining a shrimp).

Rinse the tail thoroughly and its ready to cook or store. Lobster lasts for about 72 hours in the refrigerator or wrap them tightly and immediately freeze. As for cooking there are lots of recipes and ideas out there. We decided to whip up some corn tortillas, Mexican slaw and avocado pico to make street tacos. 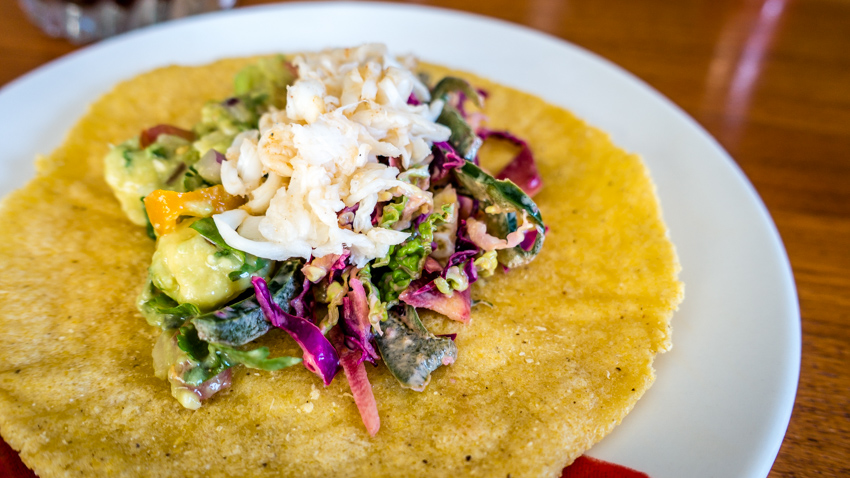 If you do a good job cleaning the simplest, and purest way is to steam (or boil) the tail until the meat is light pink and the shell is deep red.  Serve it with a little drawn butter and enjoy the delicious fruits of your labor.

Did we catch enough lobster to pay for our fishing license?  Nope, not even close.  But it was one giant learning adventure that will no doubt come in handy once we’re living on a sailboat!

Lobster is one of our favorite seafood delicacies, but how about you? Have you ever caught your own? Have any tips, tricks or recipes you want to share in the comments below? We only have a few months till the next lobster season begins!

Equipment used to film this video: 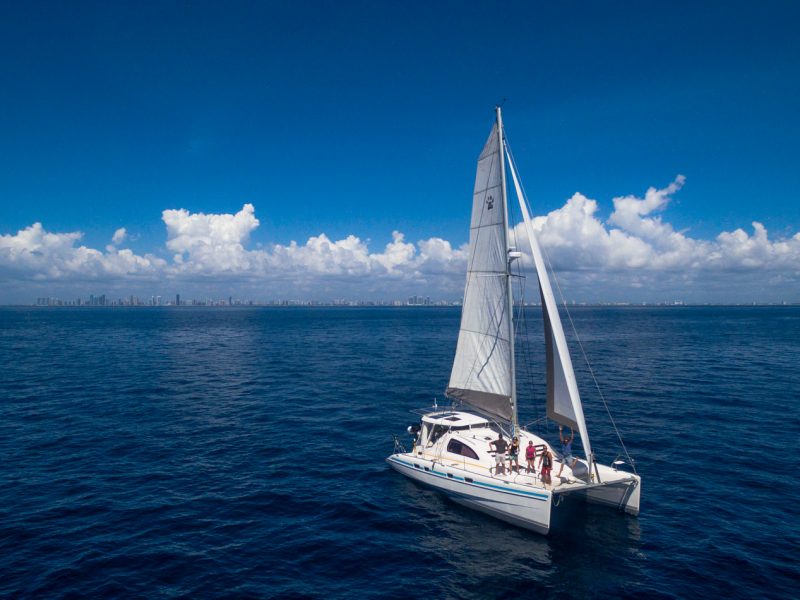 New Rigging, Nav Gear and Crew, Its Time To Sail 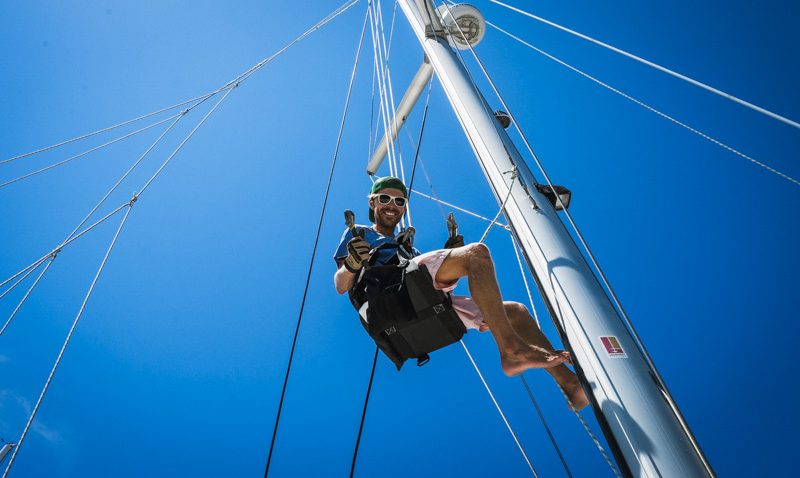 Pulling The Stick, Getting Rigged & A Fresh Bottom 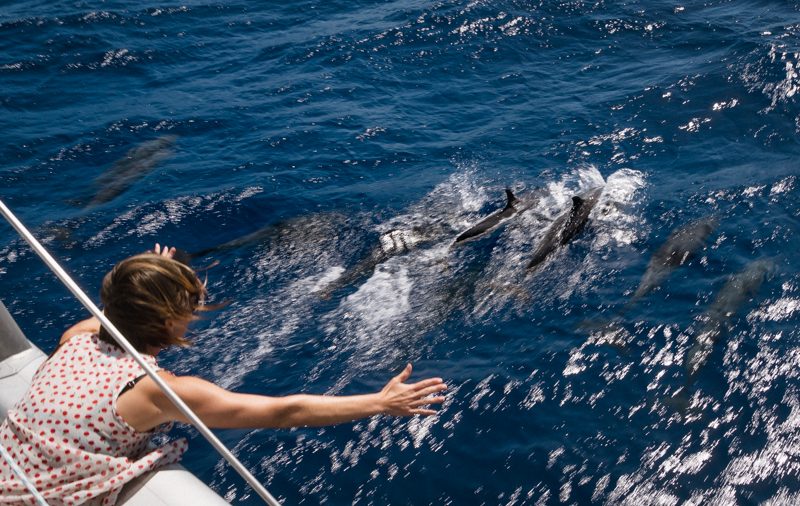 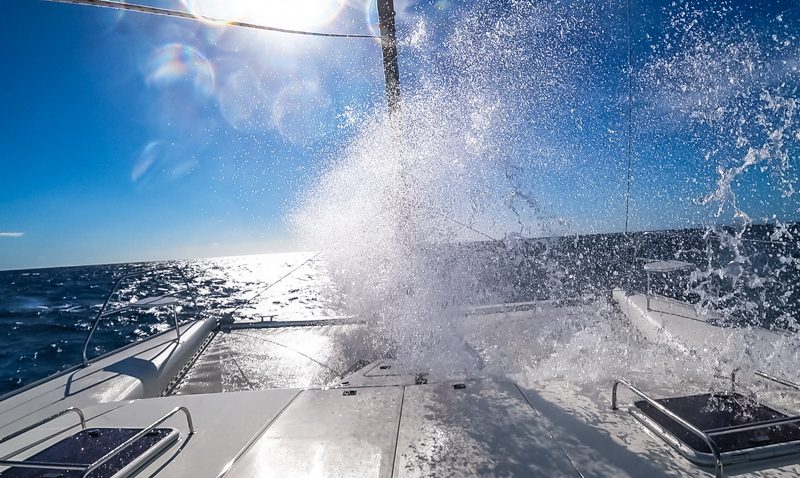