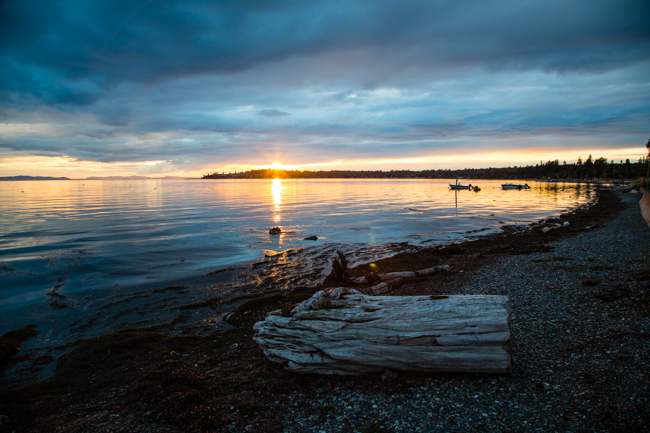 Birch Bay is a tiny little community in Blaine, Washington and to be completely honest; my first impression was a big yawn.
We would have never visited little blip on the map if it hadn’t been for the campground we were there to film.  Birch Bay seemed like any other sleepy coastal town and we couldn’t imagine why people would stay here for months on end… then we learned why in less than 24hrs. 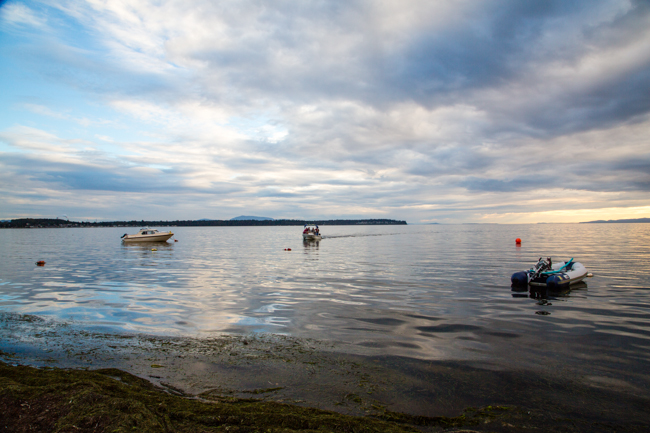 Birch Bay is an escape. This is where you go when you just want to get away from it all.  It’s peaceful, the scenery is stunning and the changing tides add a nice touch of drama.

The bay is calm most days and its half-moon shape and sandy beach make it perfect for clamming, crabbing, sand castle building, and just about any water sport you can imagine.

On our first morning out to the bay Jason took a random photo at high tide and we made a Facebook post. When we returned to the same spot to capture the low tide a guy comes up (with a smile on his face) and says, “Hey you took a photo of my boat”.

I think he noticed our little smart car with the logos and assumed we were important people (ah, how looks can be deceiving). That started a conversation which lead to an invite to go crabbing on that boat (which we sadly couldn’t do so we politely declined), which lead to an invitation to dinner (there was no way we were passing up fresh crab). 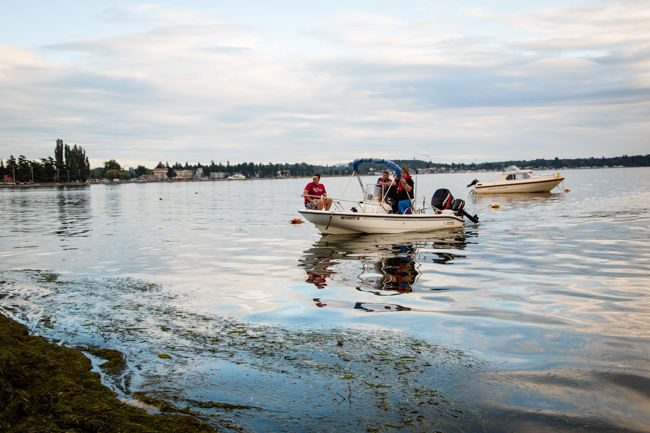 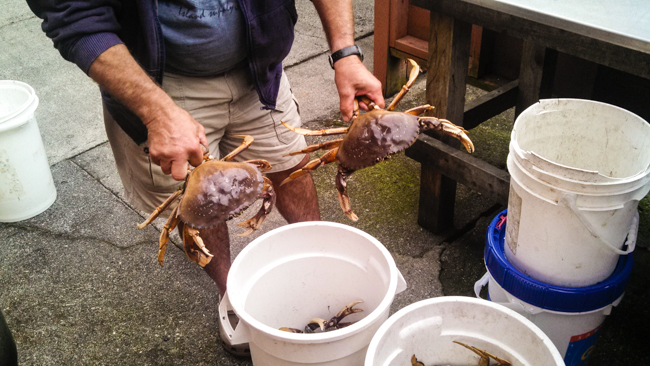 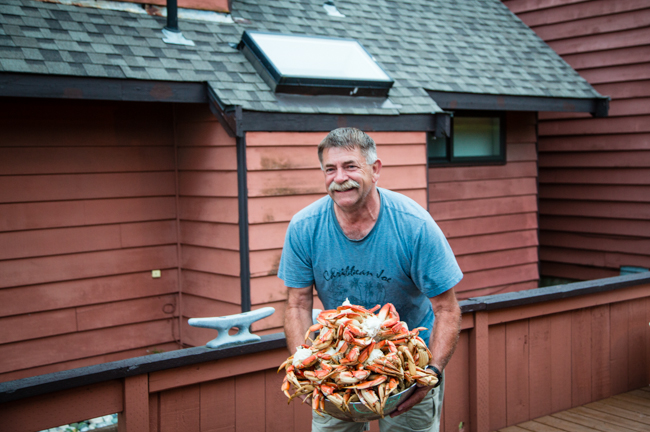 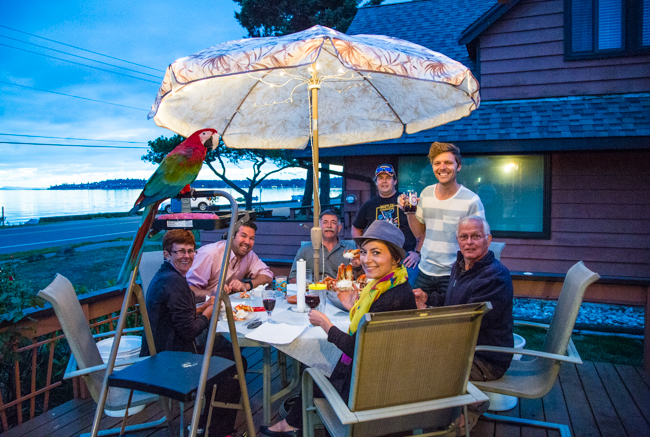 As we often say “We Talk to Strangers” and you can see why we rarely turn down an invitation!  It’s the kindness of strangers and moments like these that we love the most (and of course the five giant crabs they sent us home with doesn’t hurt our case either!).

This is why we live an unconventional lifestyle…for unplanned encounters and spontaneous adventures!

To see a little more of Birch Bay, check out the video we made for Thousand Trails:


Have you been to Birch Bay or had an unplanned encounter that lead to a spontaneous adventure?  Tell us about it in the comments below!

Disclaimer: While we were compensated to film the campground (thanks Thousand Trails!) all of our experiences and opinions are NOT purchased and are still our own. 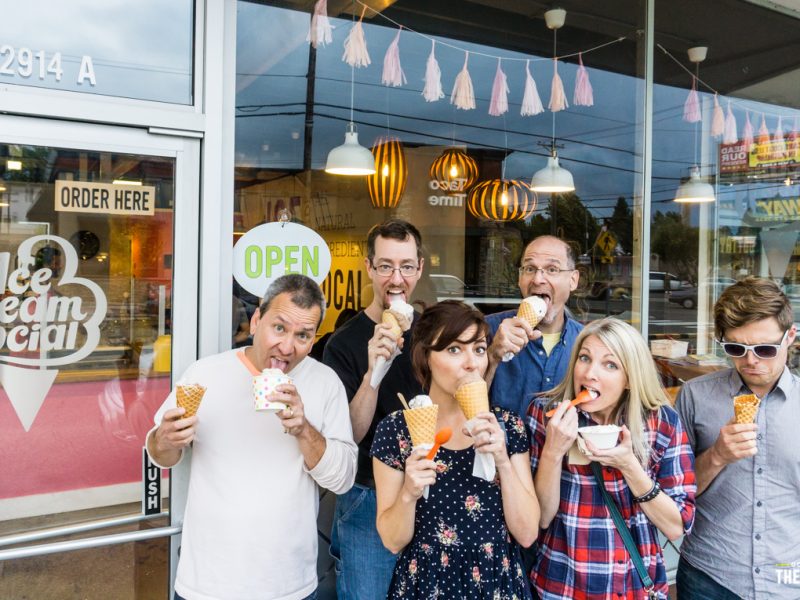 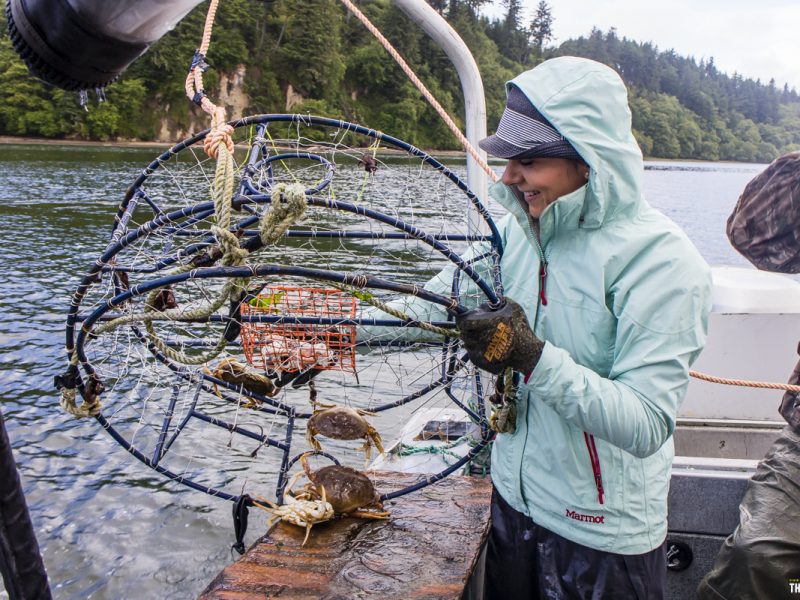 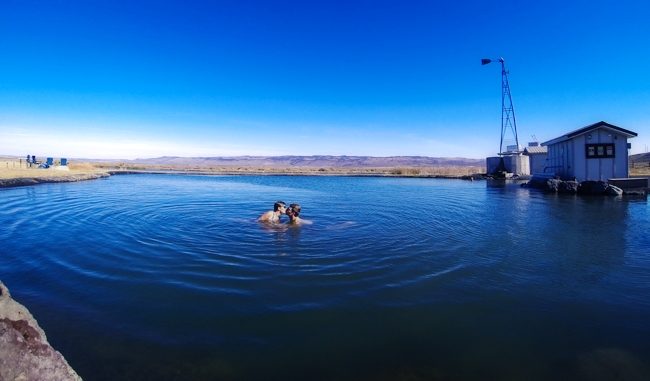