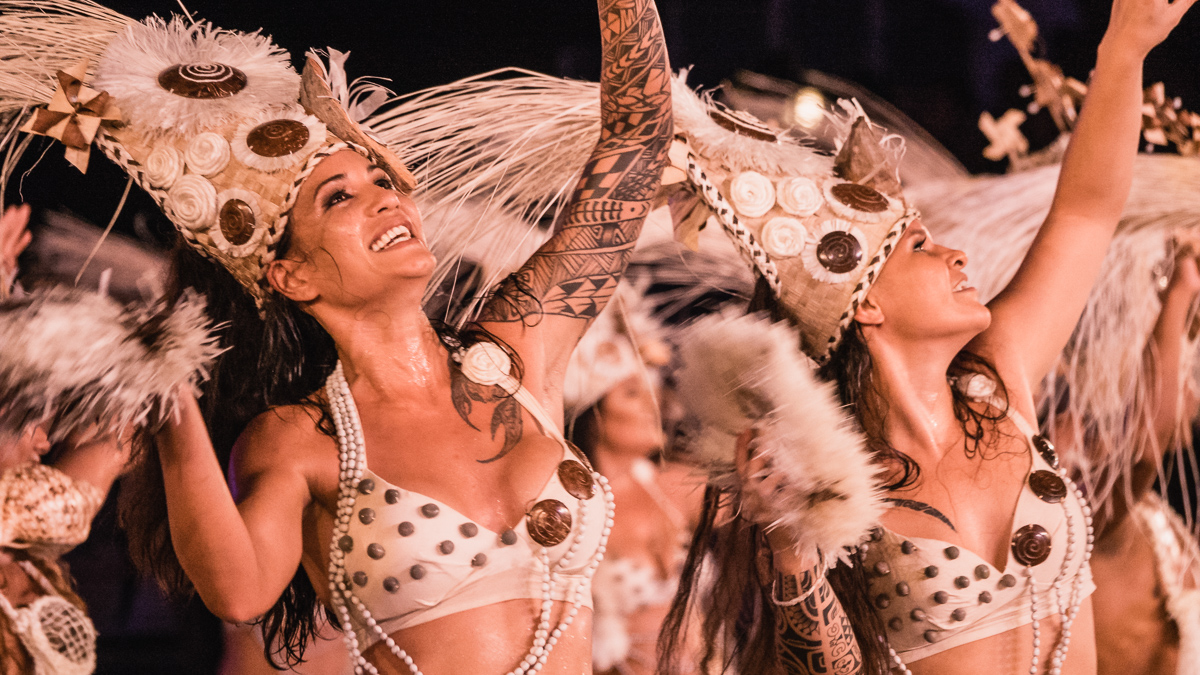 From hip thrusting to grocery shopping there is far more to be experienced in Tahiti than we ever expected.

I don’t know about you, but it always seems we arrive to a destination just after something incredible happened.  We get the old, “you should have been here last week, you just missed …” line all the time.

But, not this time!

There are some days we feel completely buried in a preverbal avalanche of never-ending boat projects, and then there are days like these.  Days where we blink hard and then pinch ourselves just to make sure it’s real.

The views alone are worth crossing an ocean for.  Everything else is just gravy. 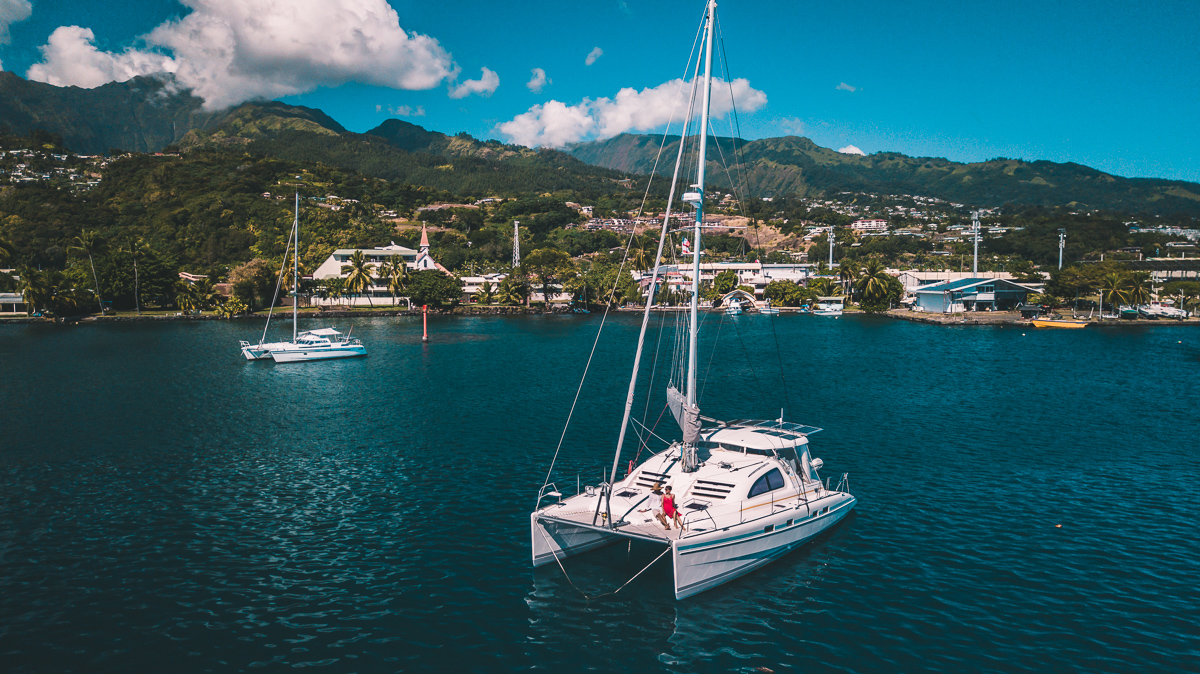 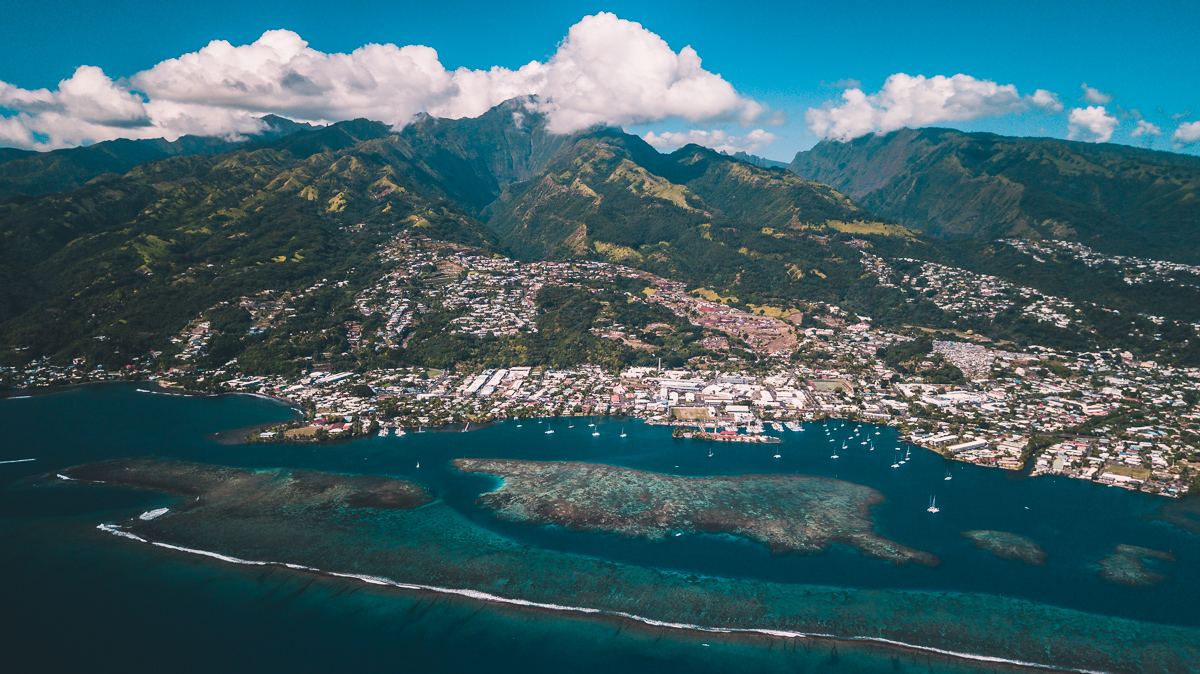 Heiva, So sexy it was banned

Heiva is a competitive festival that brings together thousands of singers, artists, dancers, and athletes from all five of the archipelagos and the 65 inhabited islands of French Polynesia.

This is not a show put on for tourists, this a festival for the people, by the people.  A time of celebration, remembrance and all-around Polynesian cultural pride.  There’s a whole host of traditional events they compete in.  It goes way beyond the dancing and singing we witnessed.  Canoe racing, javelin throwing, heavy stone lifting, fruit-carrying, and even coconutting.

They compete as individuals and teams for the ultimate bragging rights.  But there’s also prize money on the line.  It’s a big deal for the locals and we felt mighty lucky to witness the opening ceremony.  And, we totally pinched ourselves when they put us in with the ‘media’ and allowed us to film and share the experience. 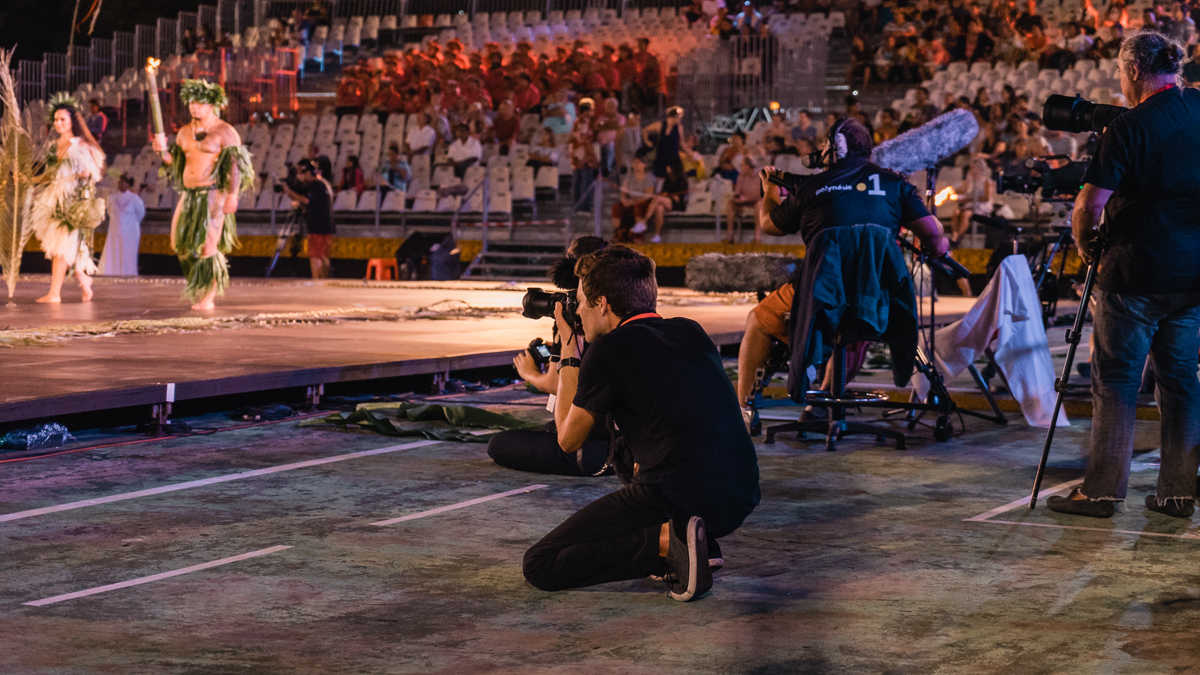 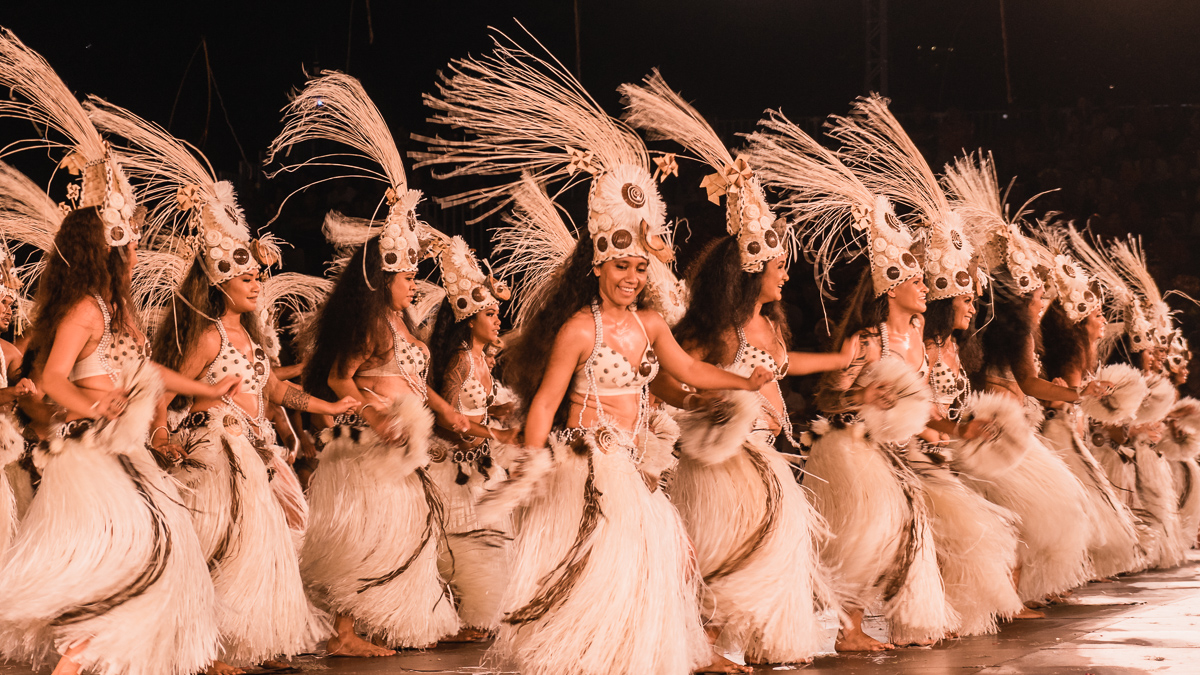 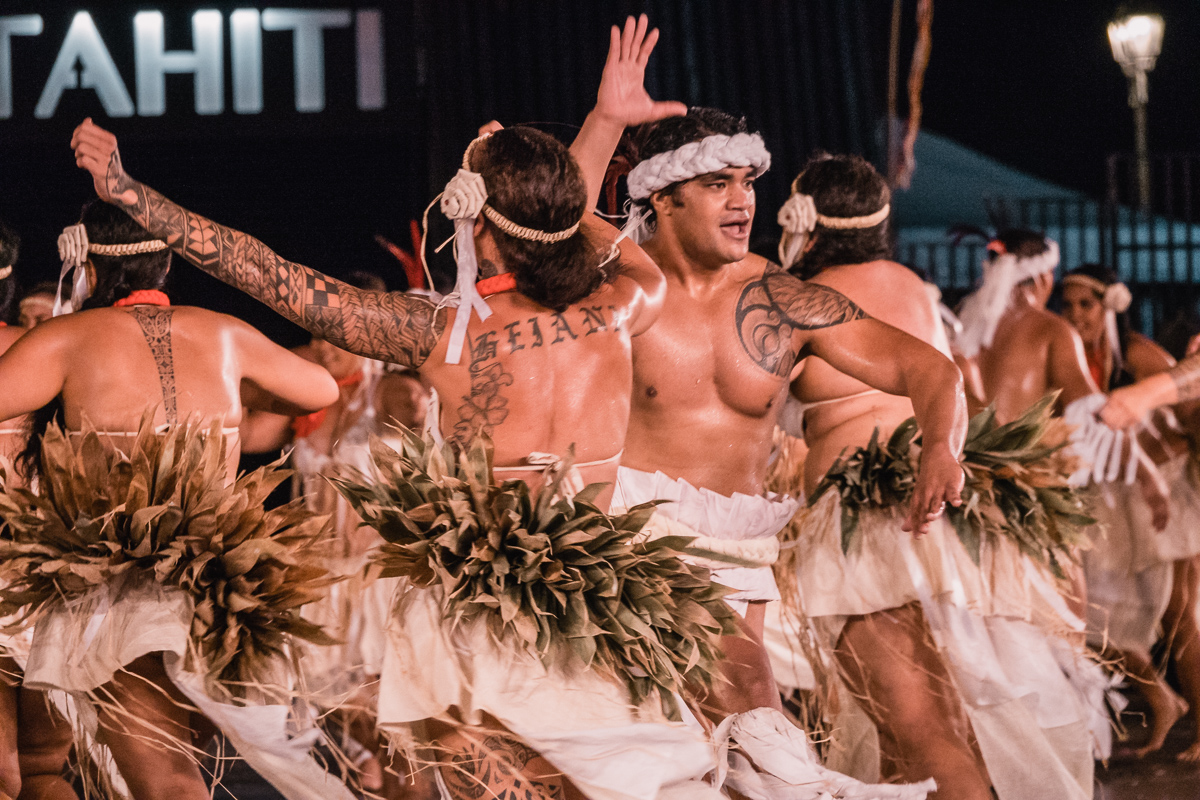 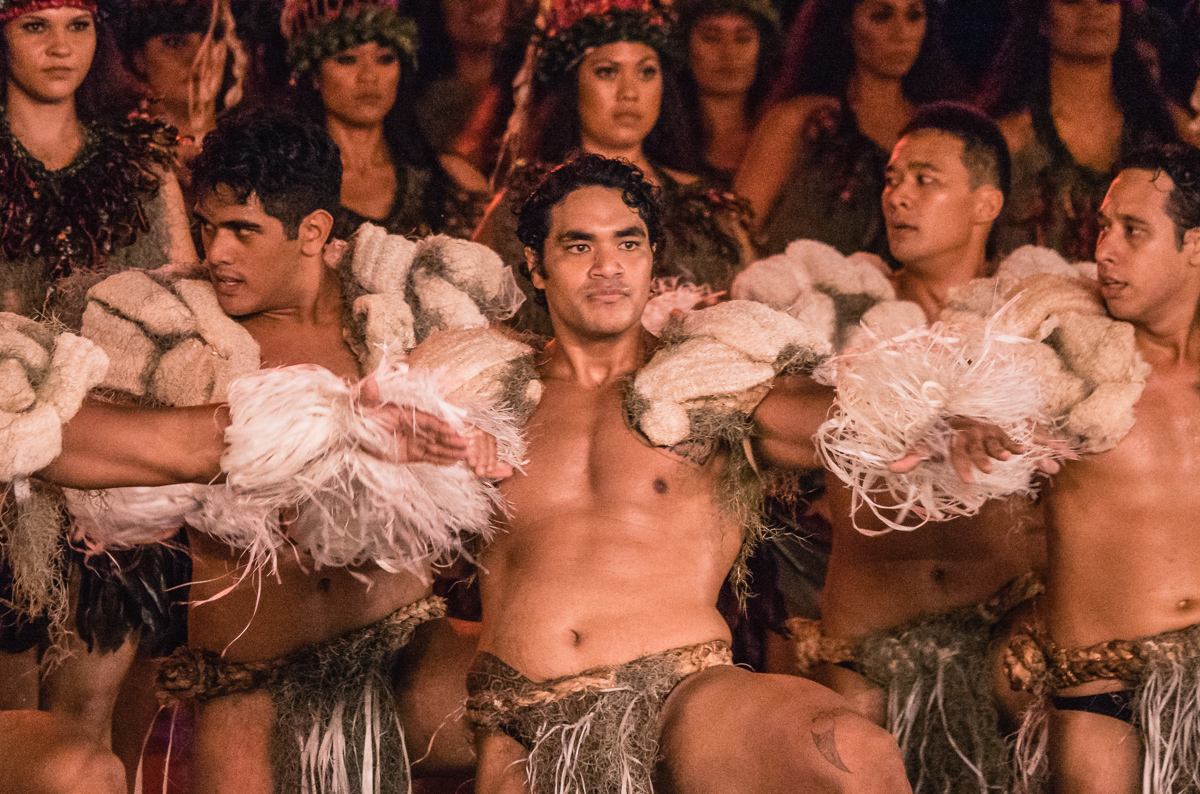 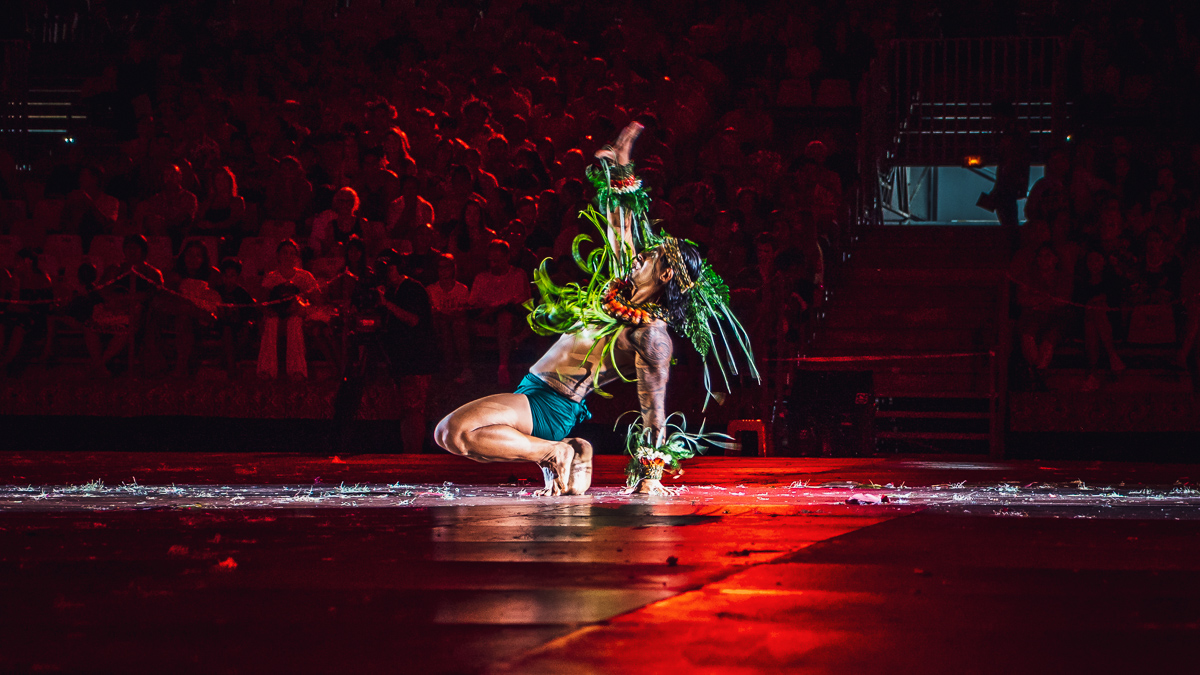 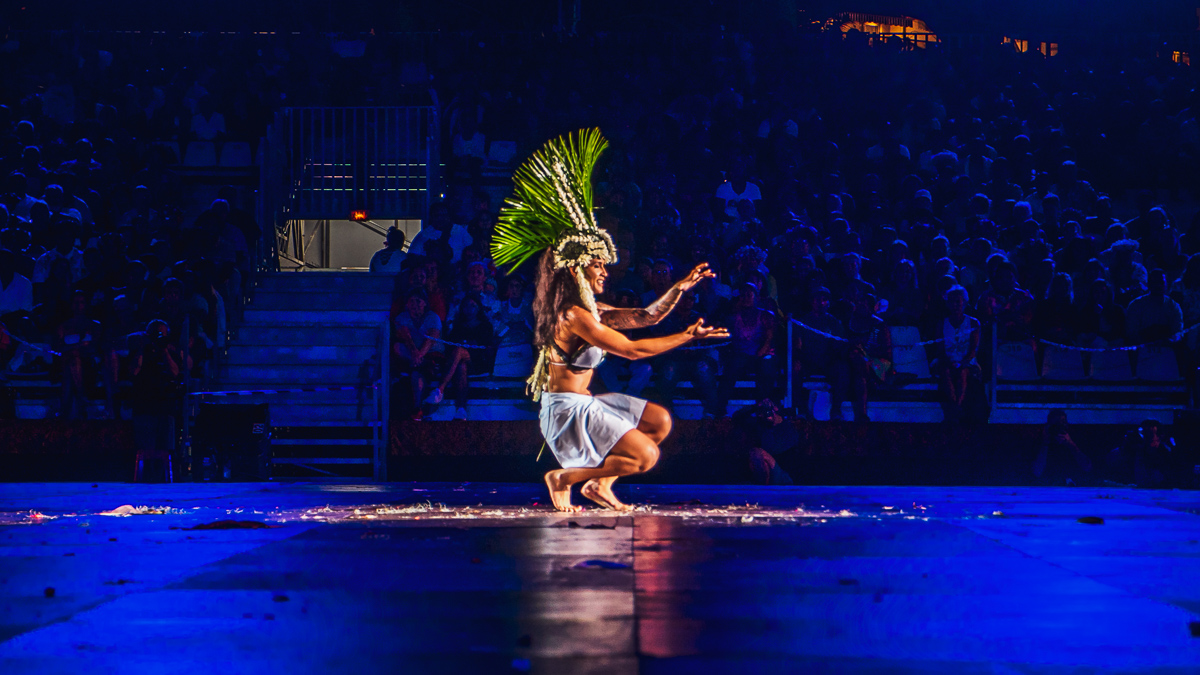 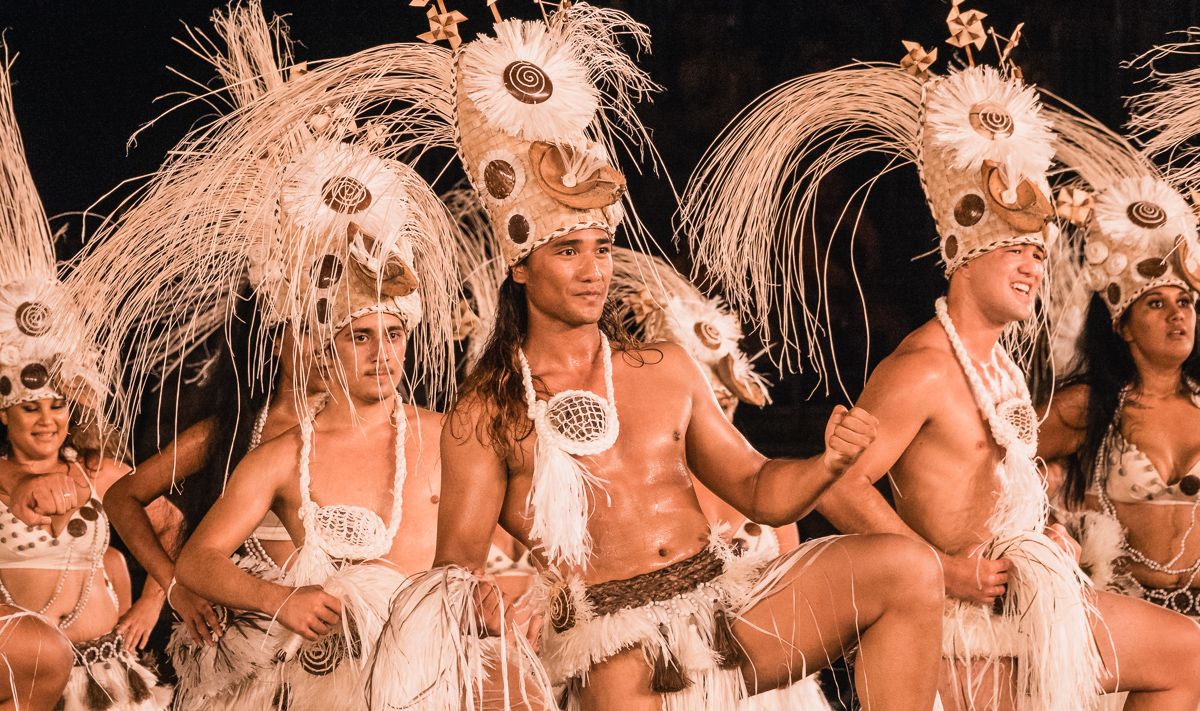 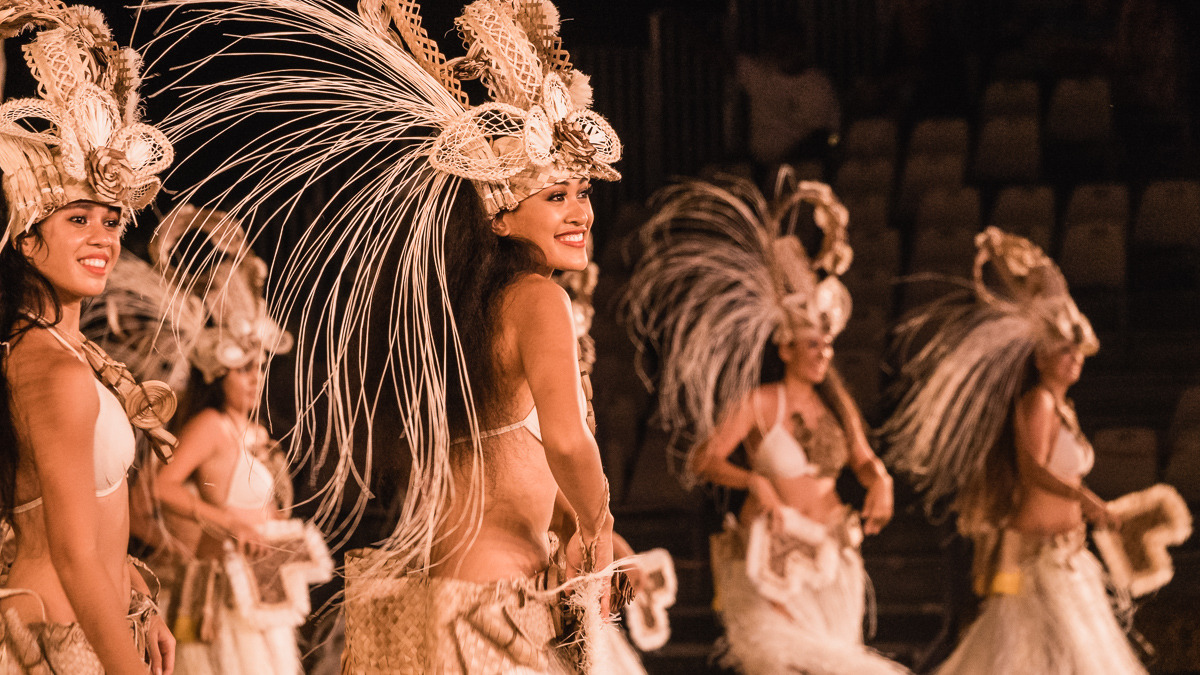 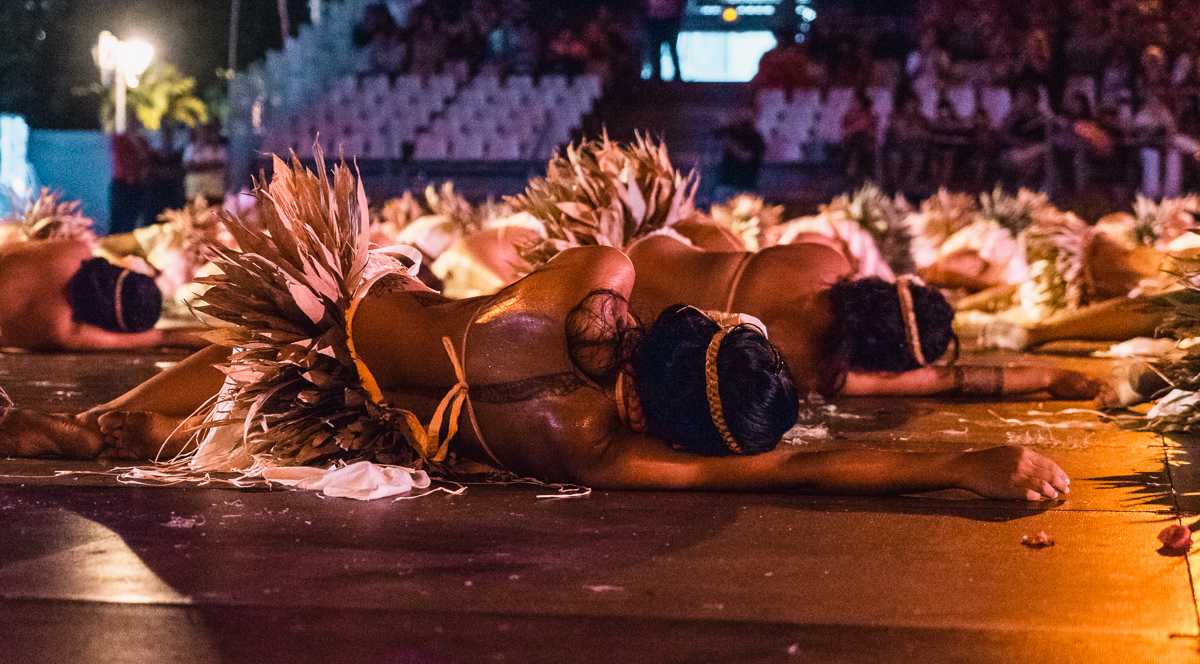 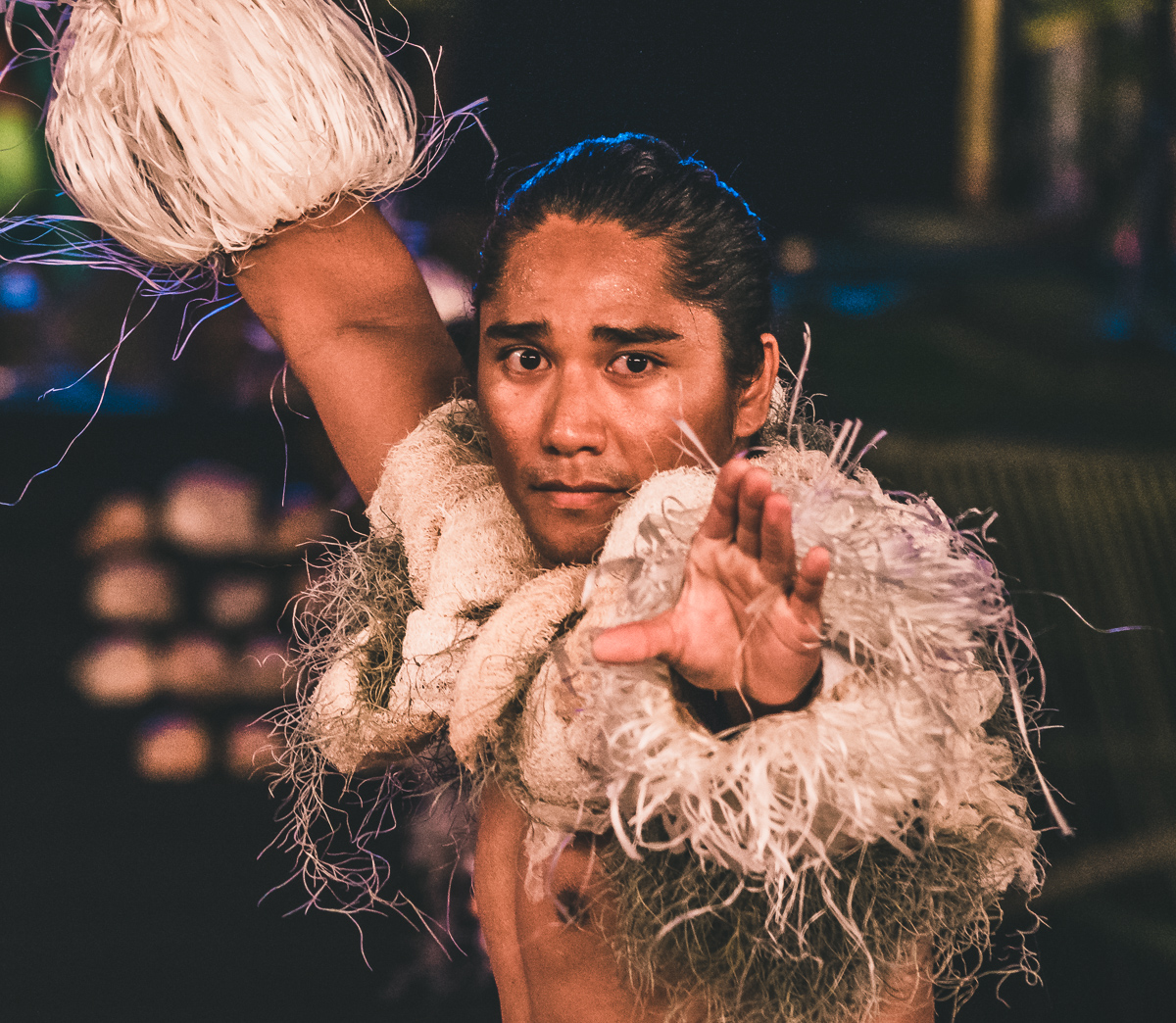 Despite the fact that this is indeed a competition, the one thing that really struck us was just how much freaking fun they were having.  In fact, this is my fave photo just because of the sheer joy in these beautiful Polynesian faces. 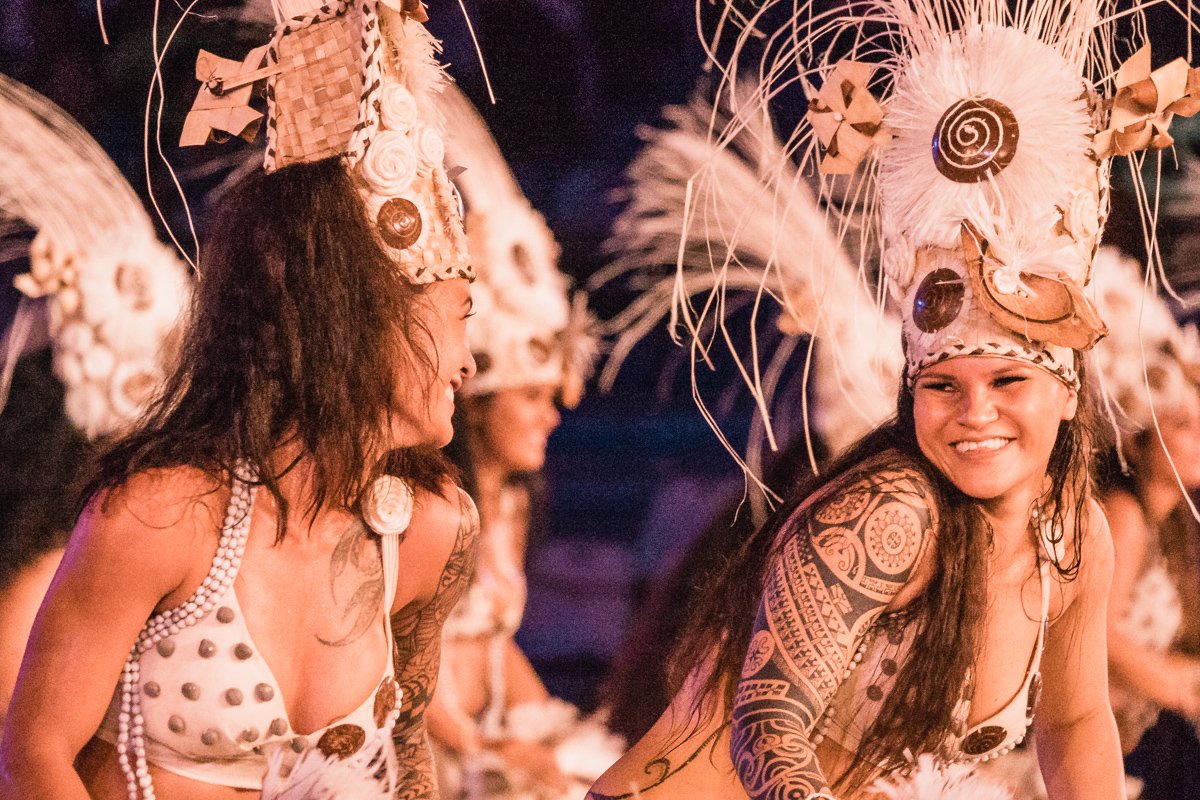 Our video was only a brief taste of the event.  We captured so much footage it took days to edit this video.  Soooo, if you want to see more of the booty shakin’, hip thrusting goodness or the musical jam sessions let us know, maybe we can post some more of our favorite moments.

There aren’t set dates, but it does run for around three weeks in July.  They announce schedules in April or May here: Maison de la Culture de Tahiti.

TAHITI IS more than JUST A STOPOVER

For cruisers Tahiti is often referred to as a stopover island.  You stock up on food, fuel and take care of the necessary bureaucracy that comes along with visiting French Polynesia by sailboat.  But, we are learning that there is more to Tahiti than provisions and paperwork.  It’s the big city of French Polynesia and I have a sneaking suspicion there is more to discover if we go looking.  But, so far we can at least say this;

The Veterinarian in Fariipiti has been amazing for helping with import procedures for our two cats, and the government official in charge of Biosecurity for pet imports was equally wonderful.  They really try to make the process as painless as possible.  For those of you with paws on board, we’ll dive more into the pet importation process soon.

We were surprised how well stocked the grocery store is and how it’s generally affordable to buy provisions. We were warned that everything was crazy expensive, but we found that’s not really the case.  Because let’s be honest, what more do you really need besides cheap brie, fresh croissants and local fish? 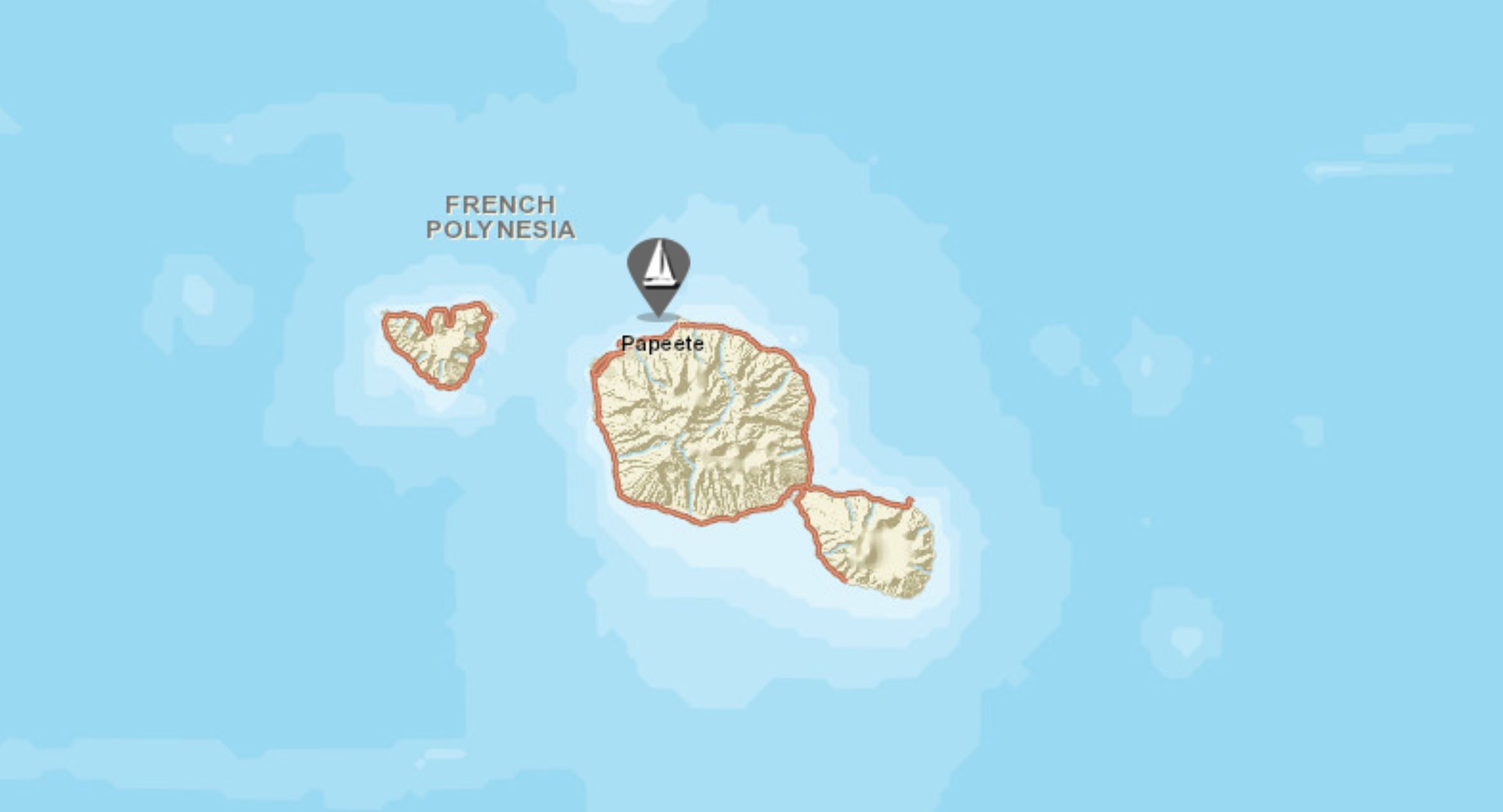