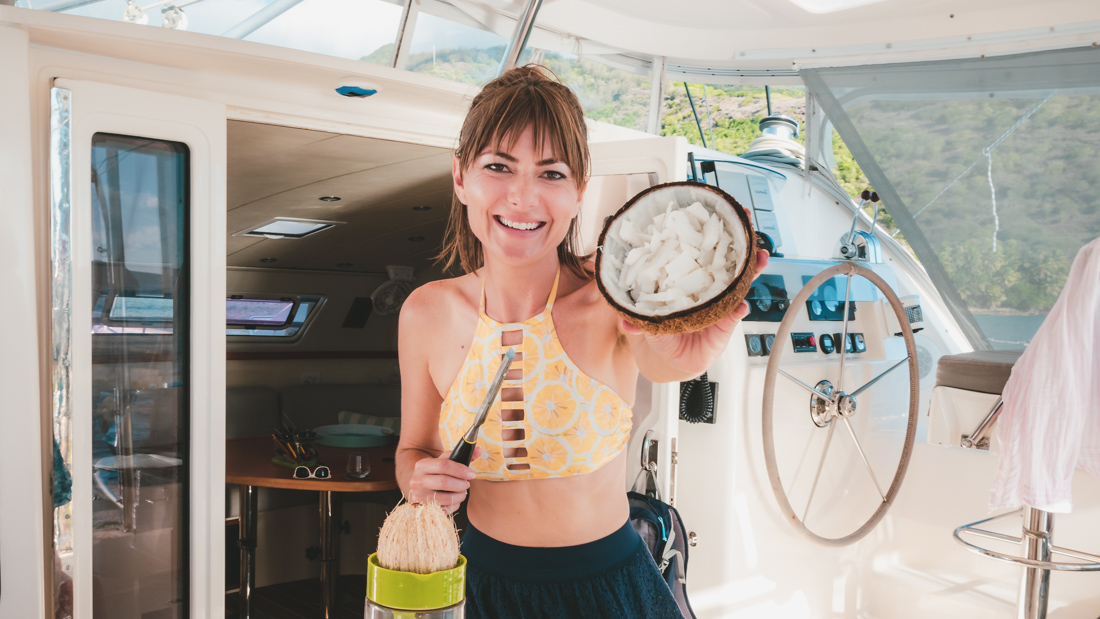 Lost Our Mainsail, But Landed in Coco Paradise

I woke up at five am sharp with a smile on my face and a new destination in mind…but serendipity had other plans.

We were setting sail for The Bay of Virgins, or Baie des Viergens in French.  It’s the northernmost bay on the west coast of Fatu Hiva and rumored to be the most dramatic of all The Marquesas.  I was looking forward to a nice sail and being out on the open ocean again.  I say that like we were anchored here for ages.  It was only ten days.

Even Jason was stoked to stretch his sea legs so soon after the passage…surprising since it’s an upwind beat.   But day sails are his jam: get up early, spend the day on the water and be anchored just in time for a sundowner.  Sailor’s perfection if you ask him.

But we were both in for a rather abrupt change to our planned course.

And that my salty friends, is what I call serendipity!

Our traveler originally busted during our Pacific passage.  We jury rigged spectra to what bits were left to hold it together until we reached civilization.  It was working well, and we knew it wasn’t going to last forever…but thought it would hold out through the Bay of Virgins.  Because without the boom being secured by the traveler, we can’t fly our mainsail.

So, I was super bummed when it busted, because it busted my plans too.  But, instead of the dramatic peaks of Fatu Hiva, we ended up in a beautiful anchorage with old friends (Thank You s/v Holiday!) who just so happen to have the exact part we need.  What are the odds!  Damn, if only all our mishaps had this kind of ending! 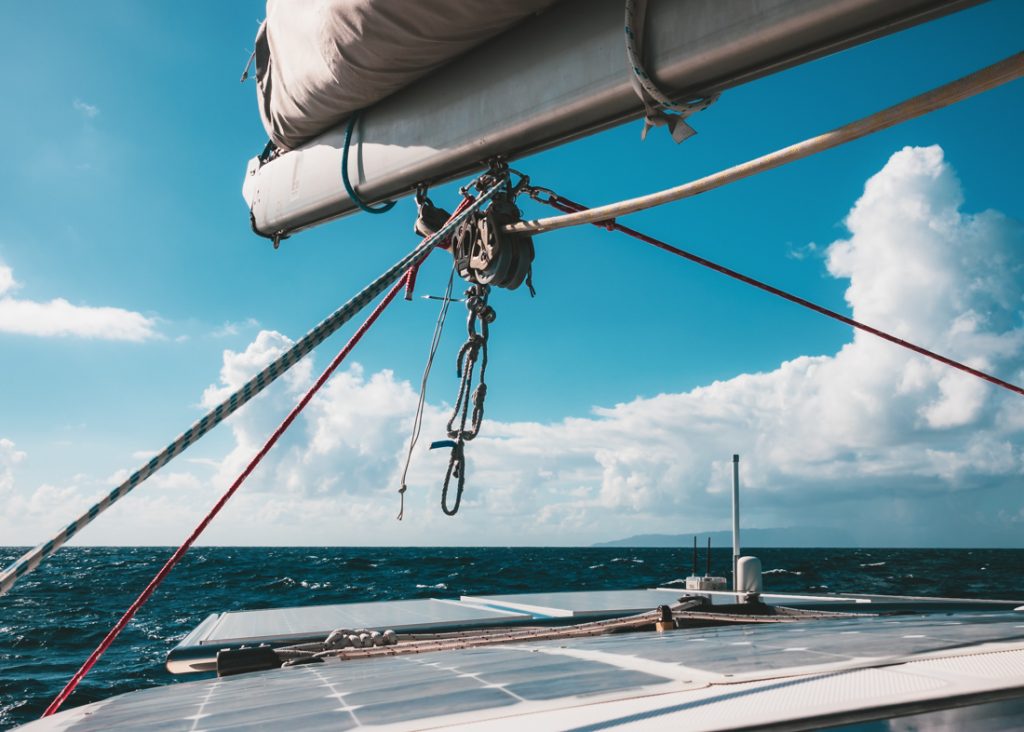 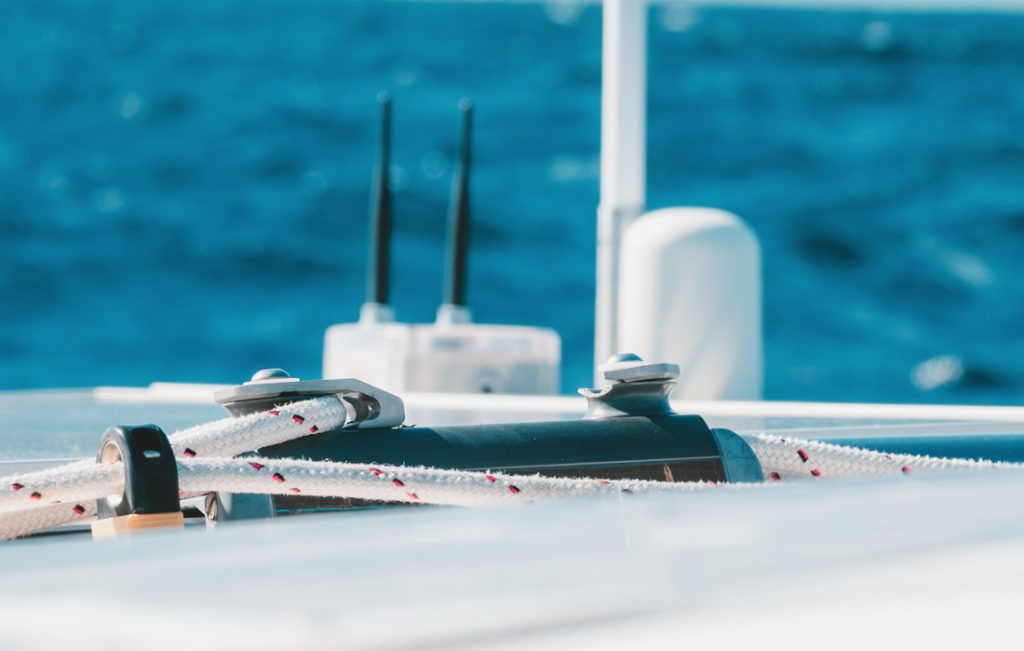 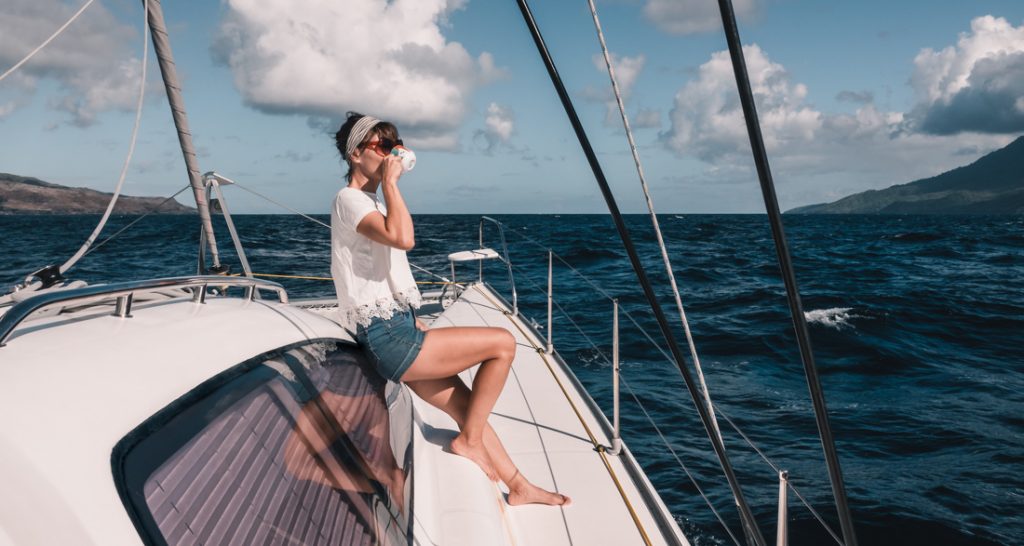 In case you don’t know by now, we (because I’m equally to blame most of the time) are not particularly mechanical by nature.  We’ve always managed to get the job done but let me tell you, it takes a lot of skill to cram a one-hour job into eight.  Don’t believe me?  Just check out our first composting toilet install or that time Jason swapped out the sink faucet.  We’ve come a long way since then and sailing/boat ownership has been an accelerated course in jury rigging.

Some days we get to hold our chisel and hammer high.  Other times, we just want to hide the tools, so nobody thinks we’re responsible for the job.

My point is, you don’t have to be MacGyver to travel about the world.  We learn as we go and each crappy, cursing, dream busting broken bit is a learning experience.  And sometimes a blessing in disguise.  It’s all part of the adventure.

Just like the old saying goes: When life hands you limes and coconuts, make cocktails!  Ok, maybe it’s something about lemons and lemonade, but this is the island version. 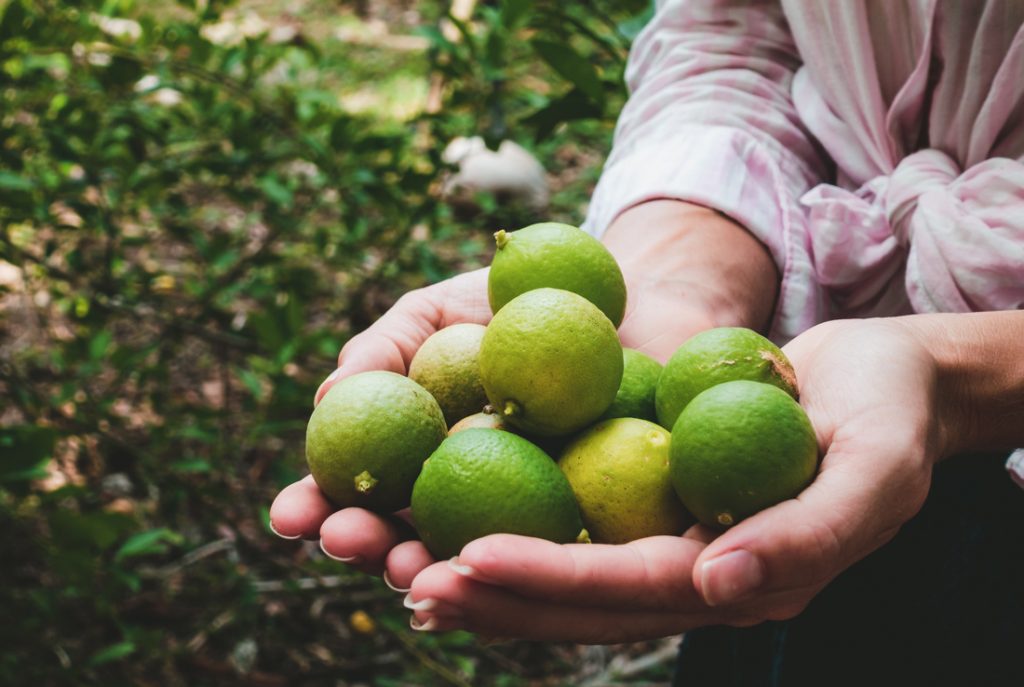 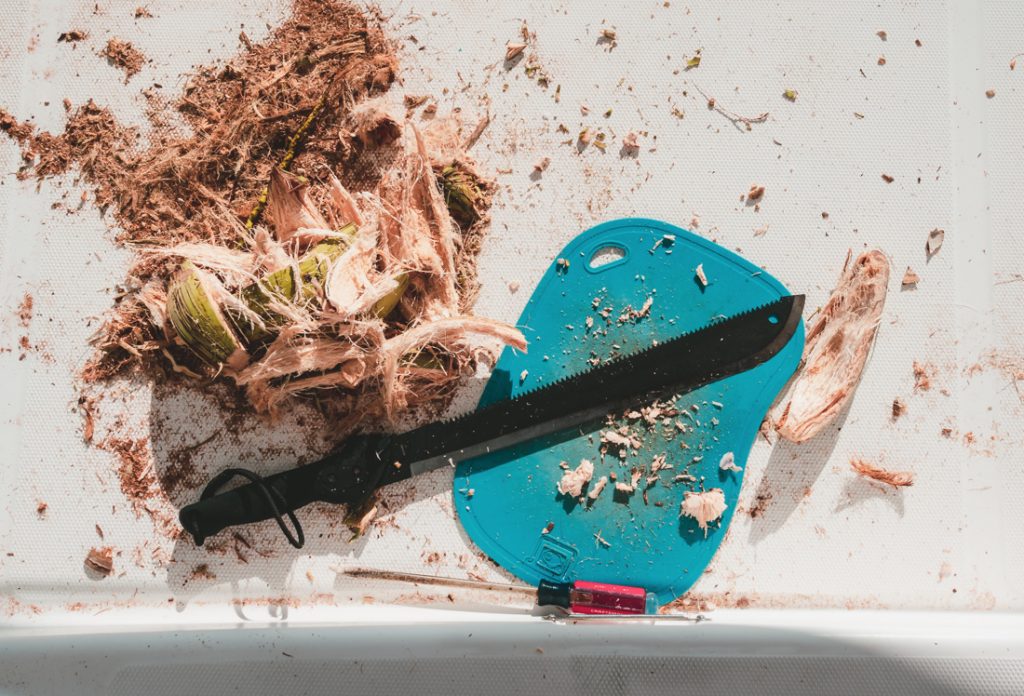