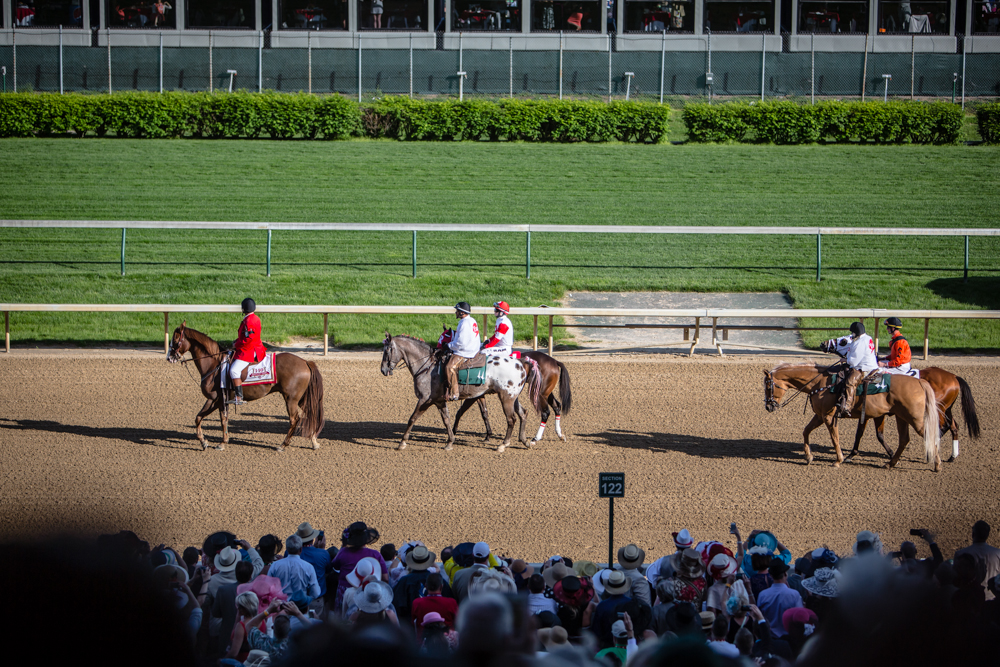 Pomp and Circumstance – The Kentucky Derby

The Kentucky Derby is just around the corner and even if you’re not a gambler (we’re definitely not), it’s still hands down one of those American experiences we all need to have at least once in our lifetime.

When Jason and I decided to make the Derby a part of our 2014 it wasn’t on a whim. It’s something we’ve talked about doing ever since we took off on this perpetual road trip, shoot, to be honest we’ve dreamed of going to the derby since our sticks-and-bricks days.  We want to see, and experience, all that makes our country what it is…and to us, the Kentucky Derby seemed as American as baseball, apple pie and bourbon.

We’re not into horses (other than the fact they’re beautiful animals), racing or gambling.  So you may be asking: Why go? What’s the draw? and What the heck did you do?  Well, see for yourself:

Quite the spectacle right!  We always say we’re participants, not spectators but this is one of those rare events where we were both (and happy to be).  We couldn’t help ourselves, it was as if everything and everyone was on display.  As you might have noticed, it’s hands down the best people watching ever! 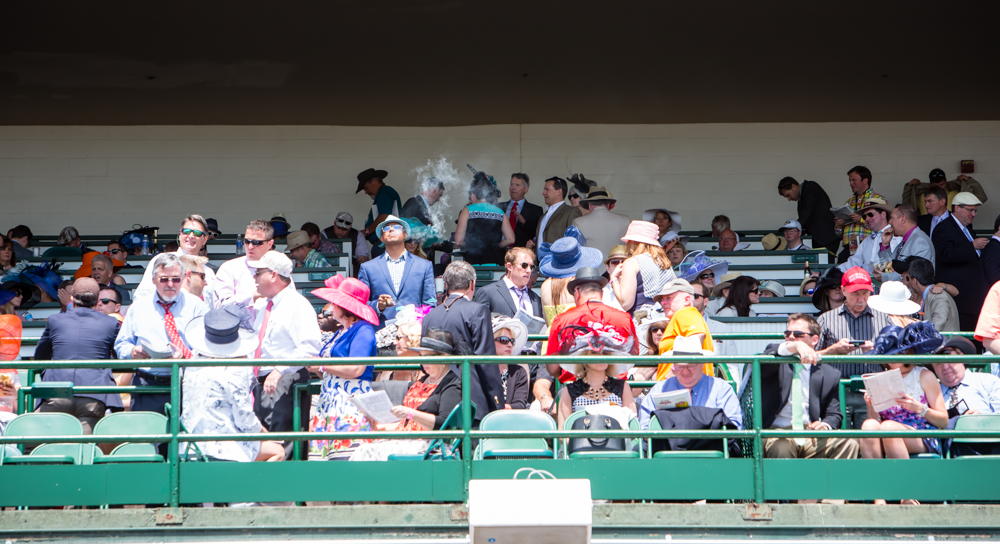 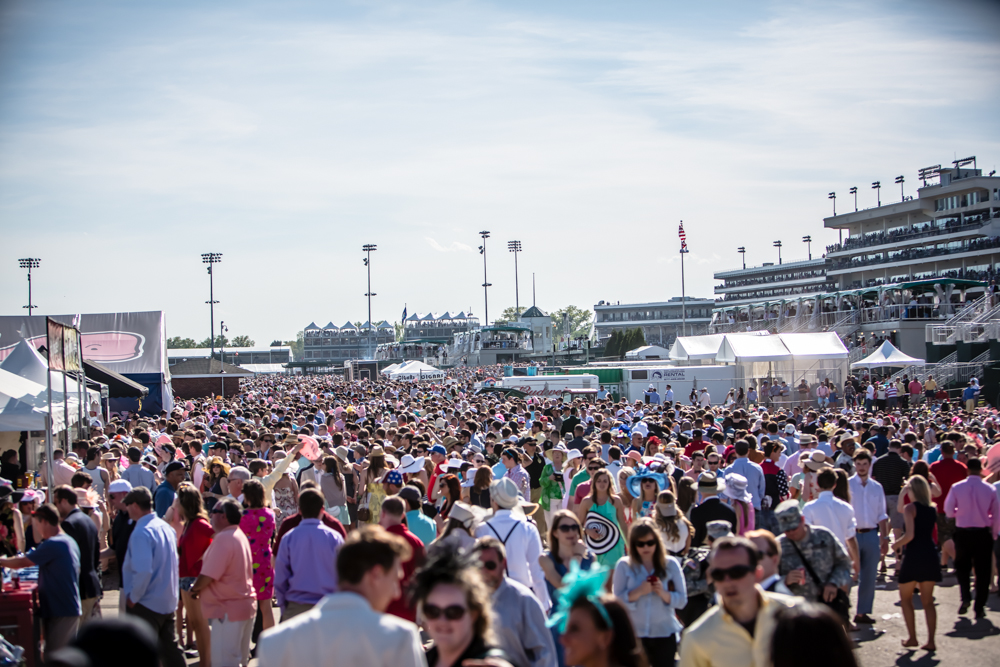 There really is something about this grand event that feels like a piece of Americana, almost like a rite of passage for any American traveler.  So, should you choose to embark on this adventure yourself, here are a few of our Derby recommendations.

The Kentucky Derby is held annually in Louisville, Kentucky at Churchill Downs on the first Saturday in May, capping the two-week-long Kentucky Derby Festival.

This is the oldest continuously held sporting event in America and one of the most prestigious horse races in the world.  It has run every consecutive year since 1875.

The attendance at the Kentucky Derby ranks first in North America and usually surpasses the attendance of all other stakes races including the Preakness Stakes, Belmont Stakes, and the Breeders’ Cup. 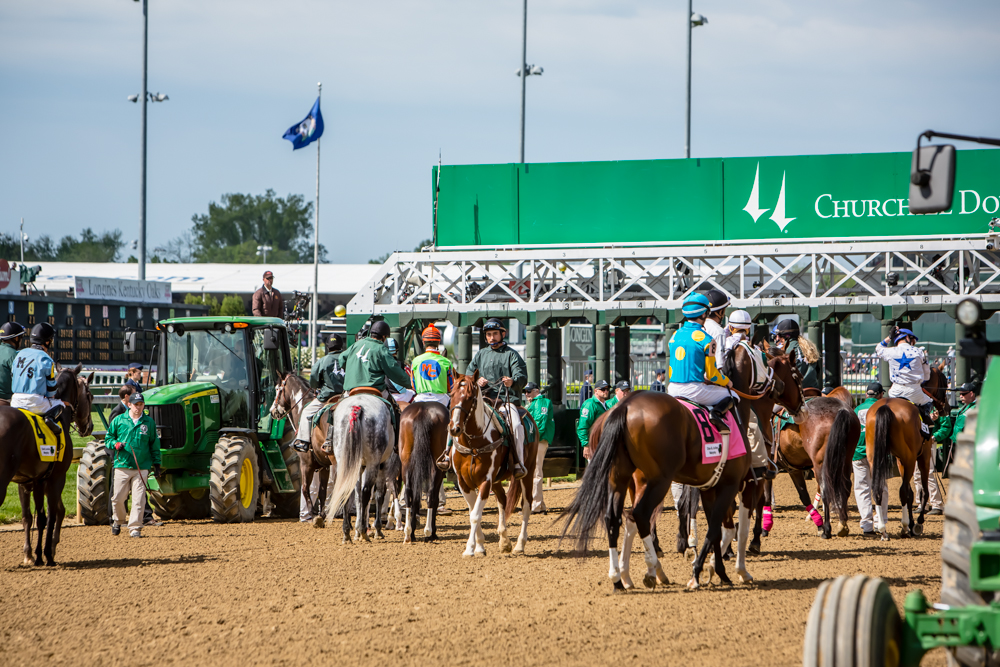 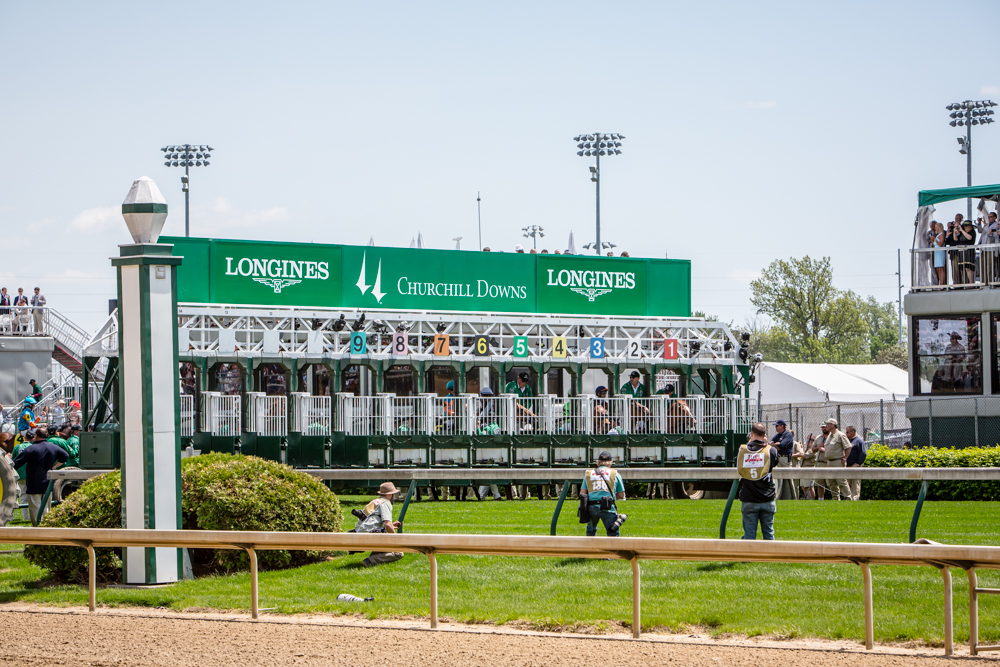 Which Derby Tickets to Buy?

We were incredibly lucky that Churchill Downs liked our story, and what we do, enough to approve our request for media passes.  This gave us a rare chance to get a glimpse of what the Derby is like on all the different levels (and price points).

If we were to go again, I think we would opt for the cheap, general admission to the infield; or quite possibly the first level grandstand if we were looking to have the full derby experience without the debt inducing price point of the higher up seats.

If you’re thinking of going but don’t want to break the bank, don’t be afraid of the infield.  It’s often compared to Bourbon Street during Marti Gras but this convergence of people more closely resembles a mainstream music festival than a sporting event.  Some people wouldn’t dare cross over into the masses and we were even warned against it…as if there were things in there derby virgin eyes couldn’t imagine.  But we felt right at home, the people were great and the spankin’ new-for-2014 giant screen ensures you still get a good view of the races no matter where you are.

Where to Park it.

All of the parking in and around Louisville is crazy during Derby time and most is reserved in advance.  However, there is one place we found that always seems to have ample parking, doesn’t require a reservation and is cheaper than anything else around!  It also happens to be a short 1.7 mile walk (approx. 30 min) to the entrance of Churchill Downs! 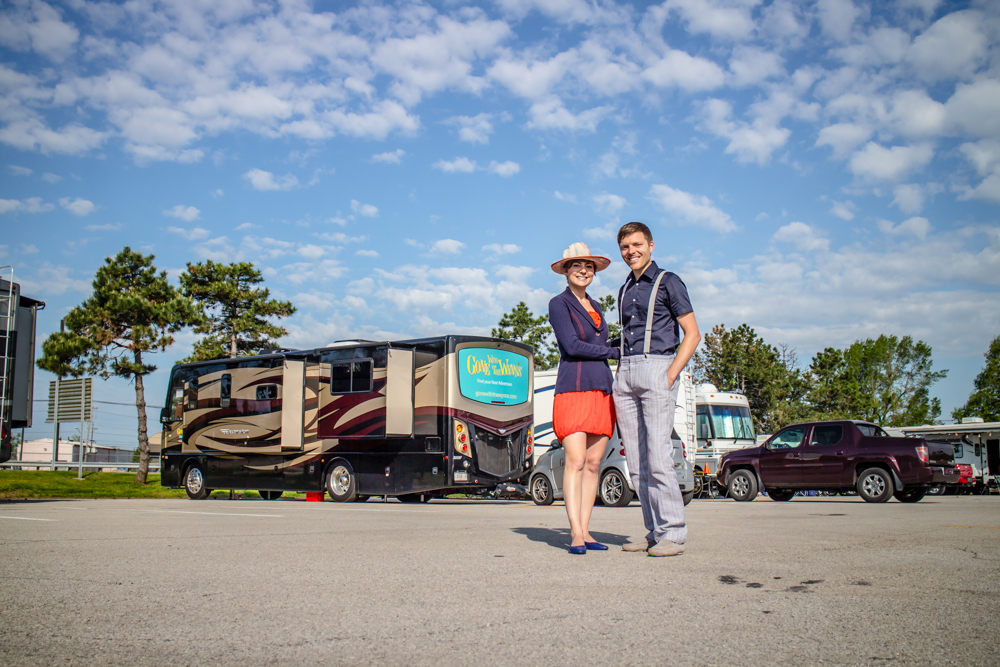 You will want to walk because it’s as close as you’re going to get and the traffic is unbearable!  Seriously, we were walking faster than the taxi cabs were driving.

The Kentucky Exposition Center is open year round and offers RV dry camping ($35) or full hookups ($50).  We also noticed they allowed tent camping on the grassy areas (however this is only allowed during the derby according to the office).  We have stayed here a couple of times now, it’s quiet, there are clean bathrooms, a dump station, its a good central location to explore Louisville and we had several fun derby neighbors! 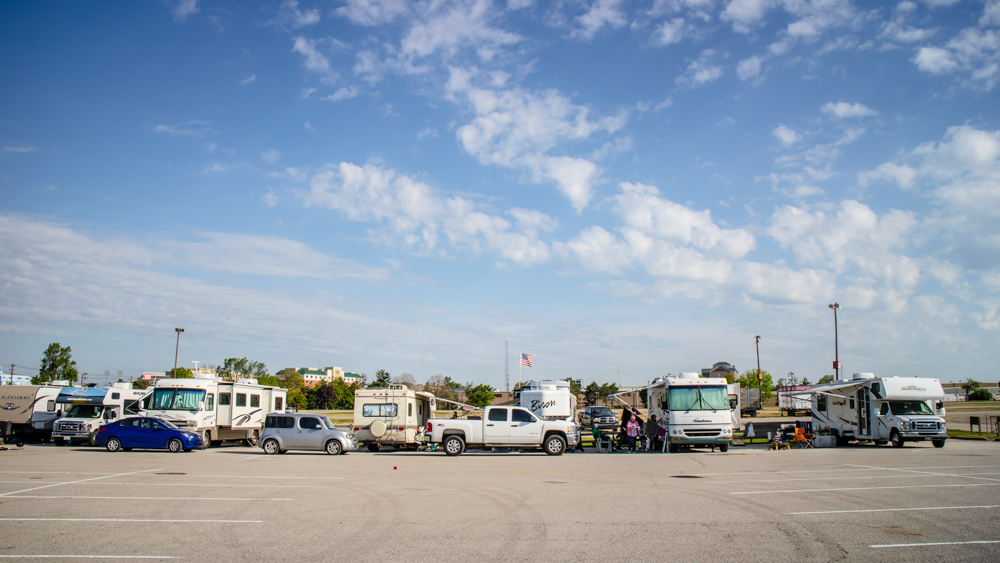 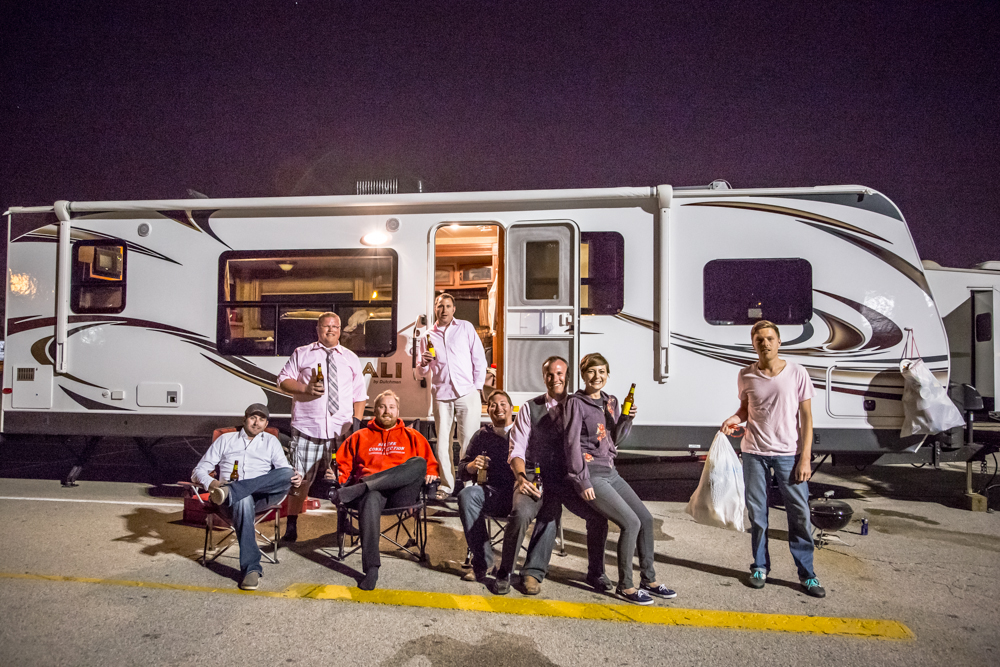 It’s been said that Louisville, Kentucky is the only place in the world where people party two weeks for a two minute horse race.  If I had known this before our arrival, we would have shown up weeks earlier!

Have you experienced the Kentucky Derby?  Have any tips or thoughts you want to share?  Tell us all about it in the comments below, we would love to hear from you!

Disclaimer:  We received media passes for the derby and were hosted by them but all of our experiences, thoughts and opinions are our own and not swayed by slick fast ponies. 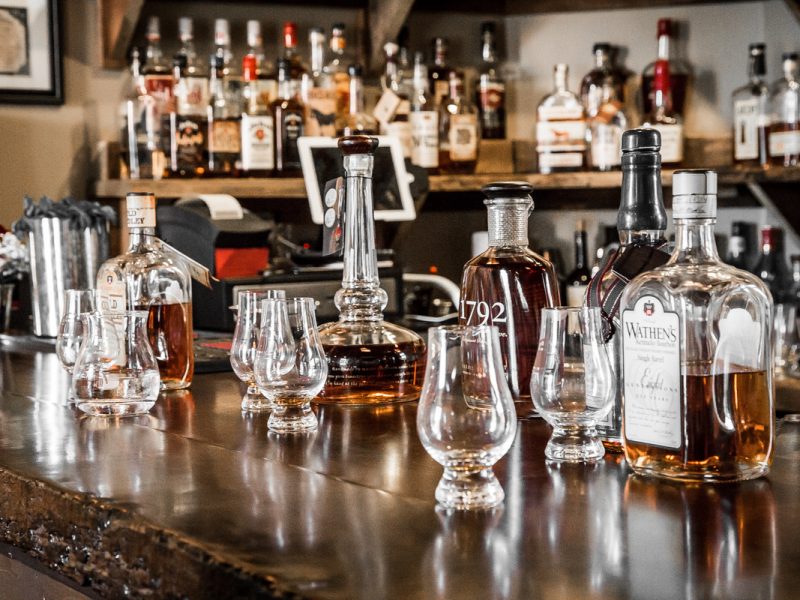 Schooled in Bourbon – From Virgin to Virtuoso 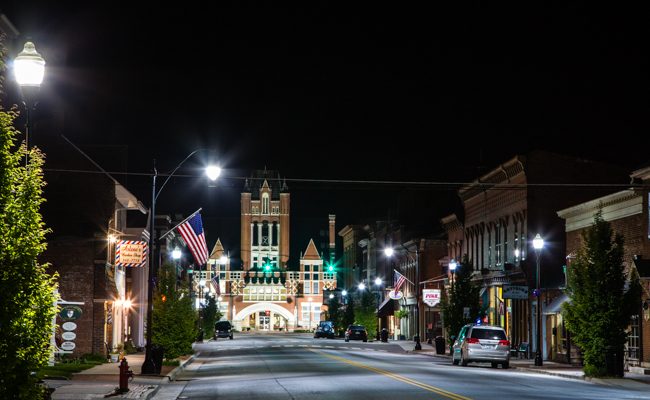 5 Reasons To Fall In Love With Bardstown, Kentucky