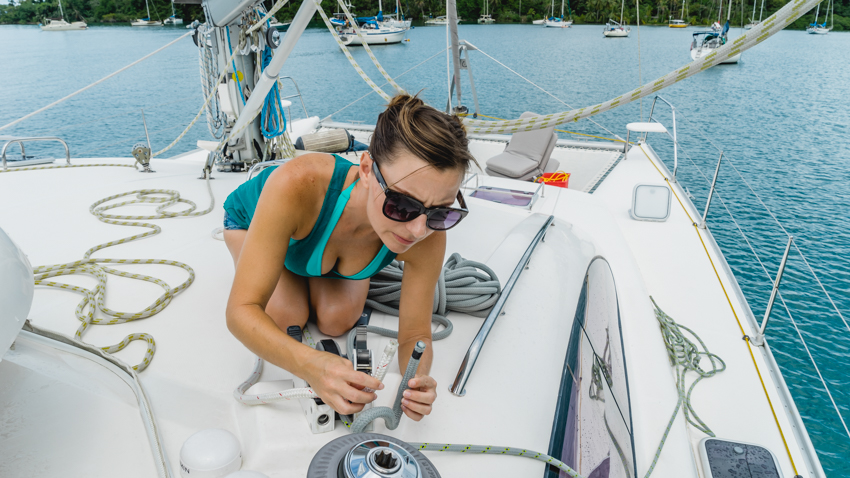 It’s been said death and taxes are the only two certainties in life.  Obviously, the person who said that wasn’t a sailor. Because let me tell you, it’s a 100% guarantee stuff on a sailboat will break. It’s only a matter of when.

But, if we’re going to make repairs, let it be in an exotic location! Que the monkeys, flying fish, pelicans and let the adventures begin.

I thought there might be a feeling of silent pause once it was just the two of us again. But there was no time for that, we had problems to solve! 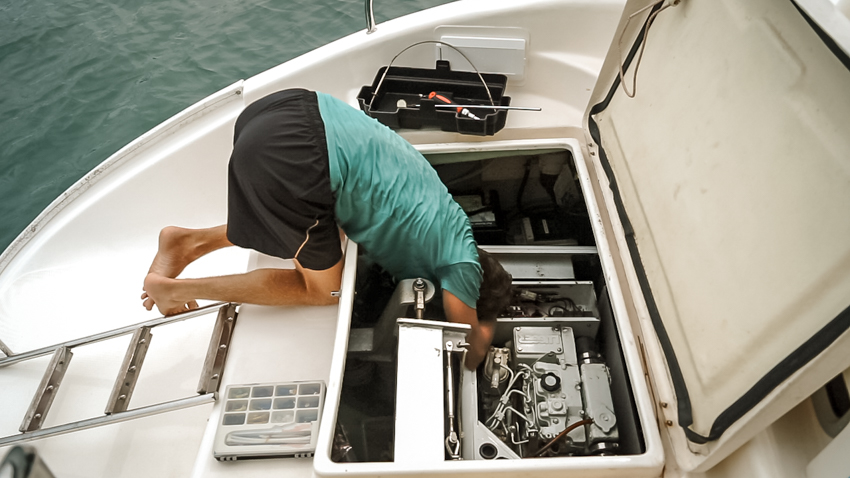 Boat Yoga: noun; Uncomfortable positions often used when working on a boat. It’s not practiced for relaxation or health but rather out of necessity.

Sharing life, the boat and everything in between has been an unforgettable experience and I expected a mini version of empty nest to settle in for a couple of days once everyone was gone.  But honestly, there’s no sadness in it.

We’ve been full time travelers for almost nine years. We are accustomed to change and saying, “until next time” to friends old and new.  This unsedentary life we lead has a way of bringing people together, and more often than not, we meet again down the road. It’s exciting knowing everyone is off to start another adventure.  It’s the beginning of a new chapter, not an end.  Farewell Dan, we will meet again! 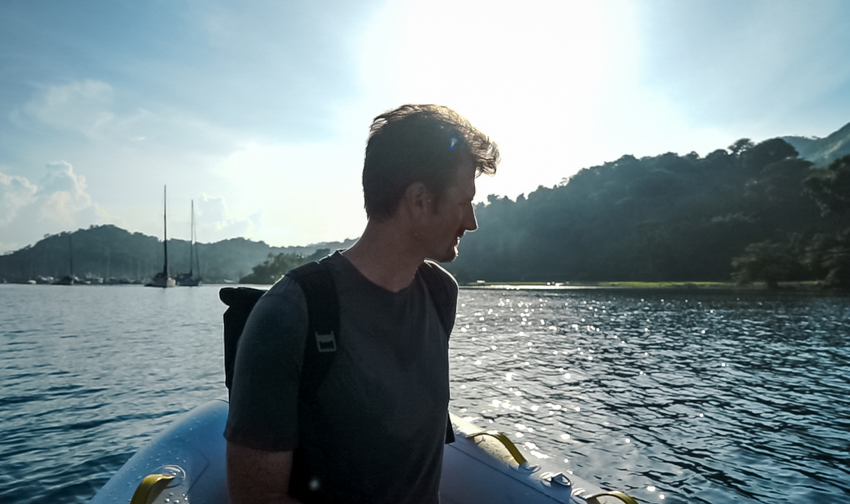 Linton Bay in Panama has treated us well and has turned out to be the perfect place to get a boat load of work done.

This tiny blip of a town has become a cruiser refuge. It’s the combination of an inexpensive marina with a good lift plus a solid anchorage that can hold a crap-load of boats.  There isn’t much going on here at first glance, but given the fact we were a bit stuck while we tackled a long list of boat projects, we had some time to scope things out. 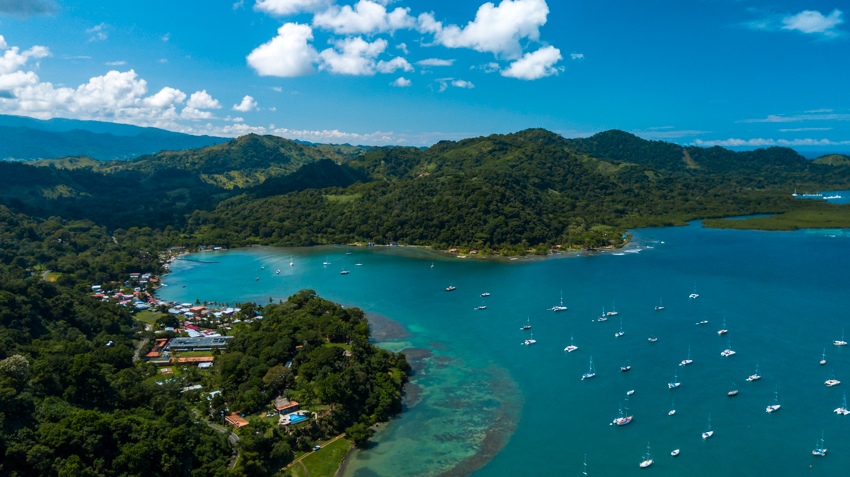 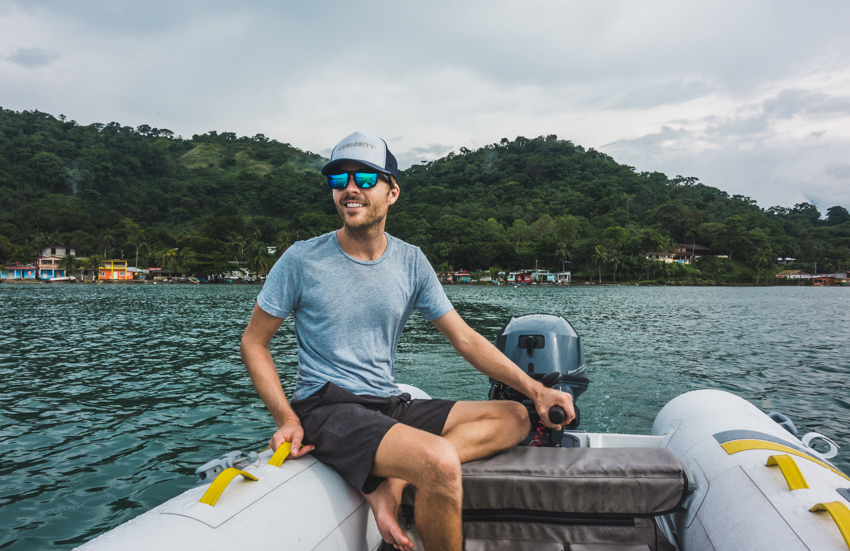 At the end of the road that passes by Puerto Lindo lies a village called Nombre de Dios.  From there one of the biggest local weekend hotspots in Panama is just a dinghy ride away:  Isla Grande.  Locals come from all over Panama to visit this little island.  We speared, we swam, we hiked the trails and found sloths, monkeys and plenty of exotic birds.  If you find yourself in this area, the weekends are insane, and the weekdays are dead calm!  It’s a great escape from the boat, especially when you’re buried in chores. 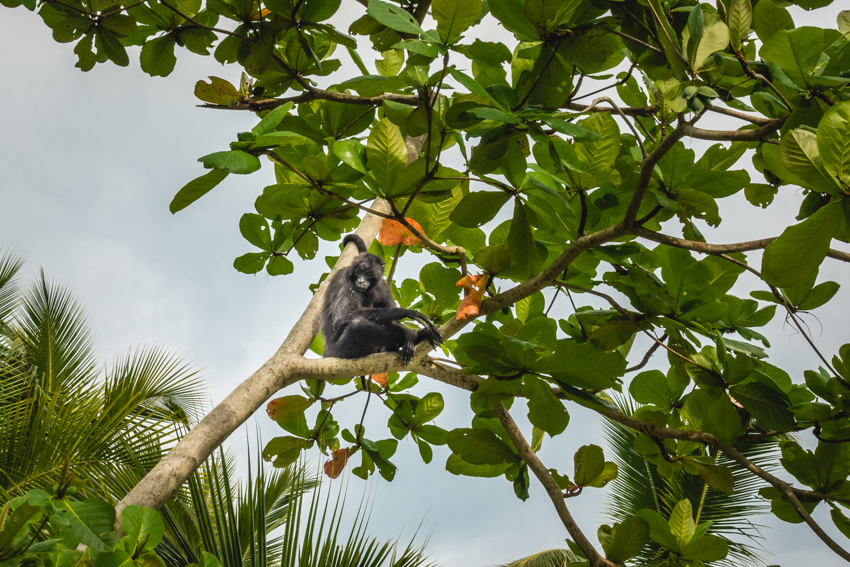 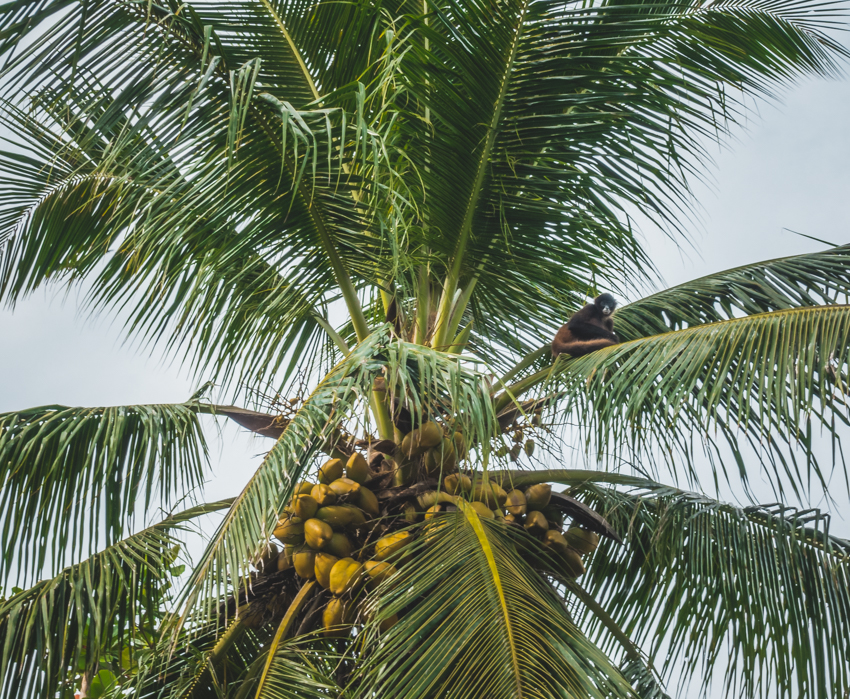 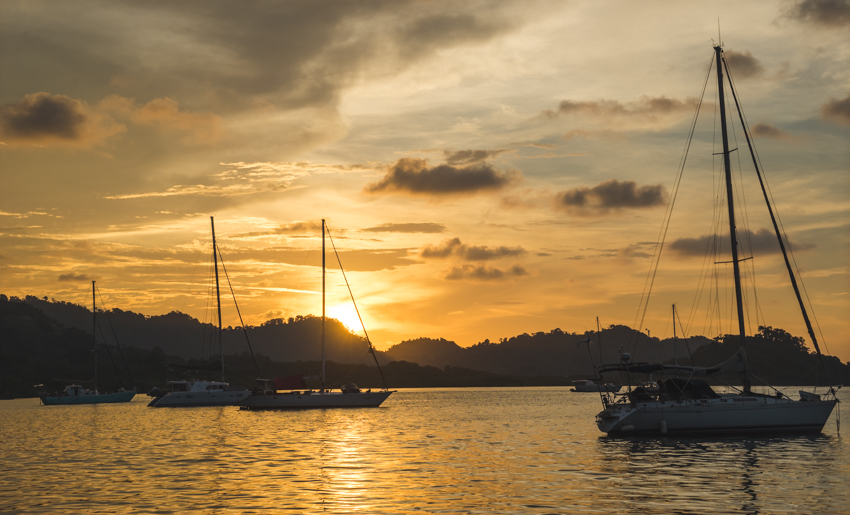 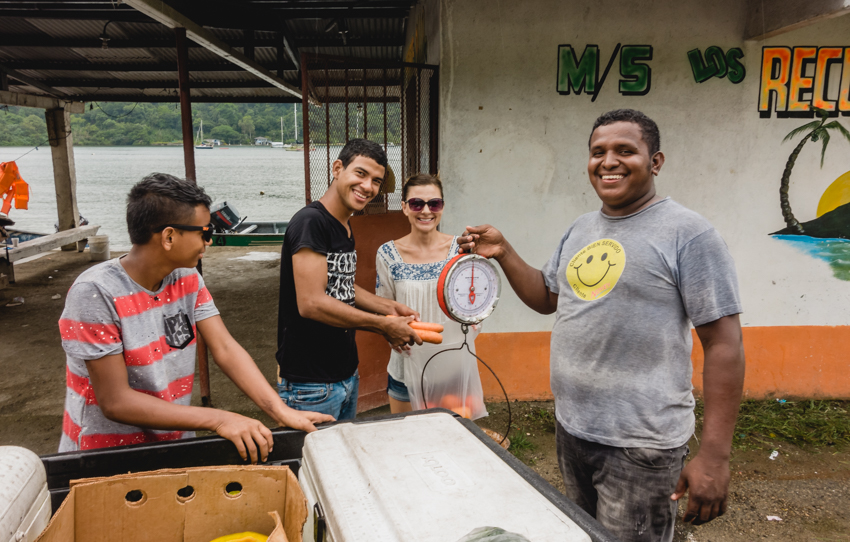 Ah, the veggie truck! These guys drive through a couple of times a week with a fresh load of fruits and veggies from the mountain farms. The produce is fantastic, prices are reasonable and the guys are always friendly. I am going to miss this!

We were told Panama City would take us by surprise with its stretched out skyline and European influences…and it certainly did!  Bumper to bumper traffic, quaint shops, cobblestone streets and loads of pirate history.  The entire neighborhood of Casco Viejo is a UNESCO world heritage site and has a rugged charm that is worthy of experiencing should you ever get the chance. 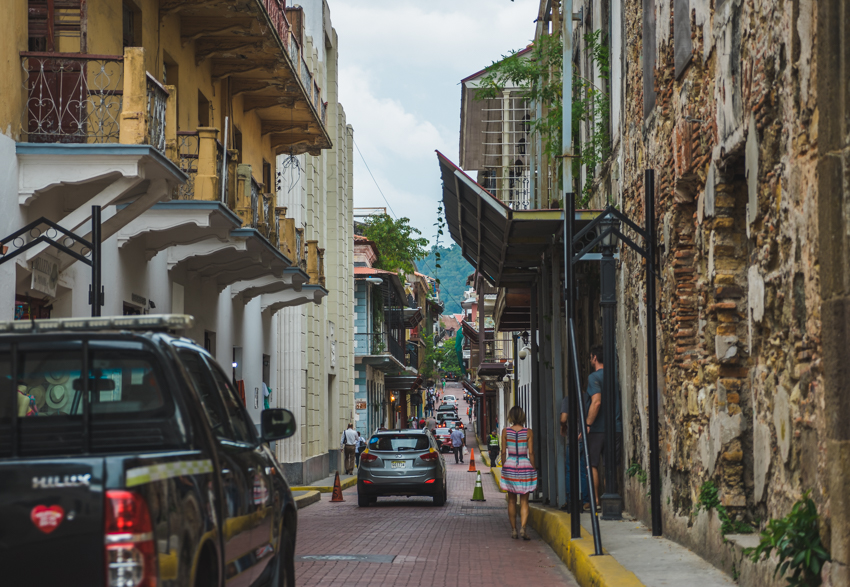 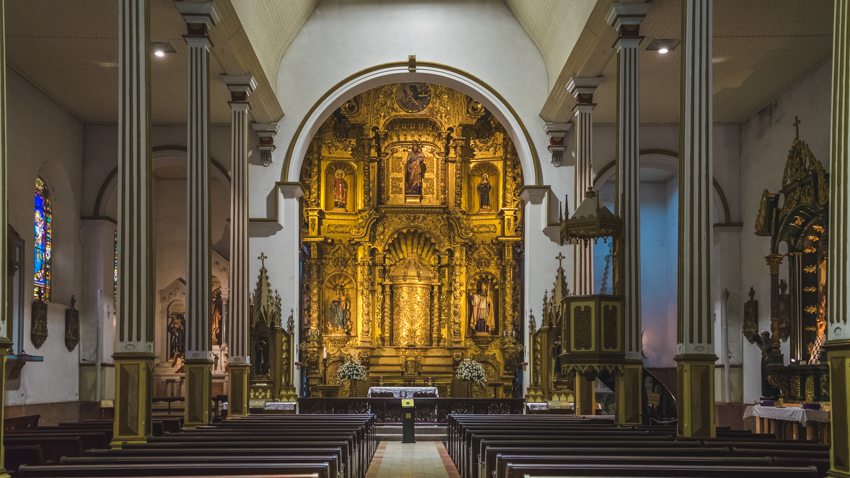 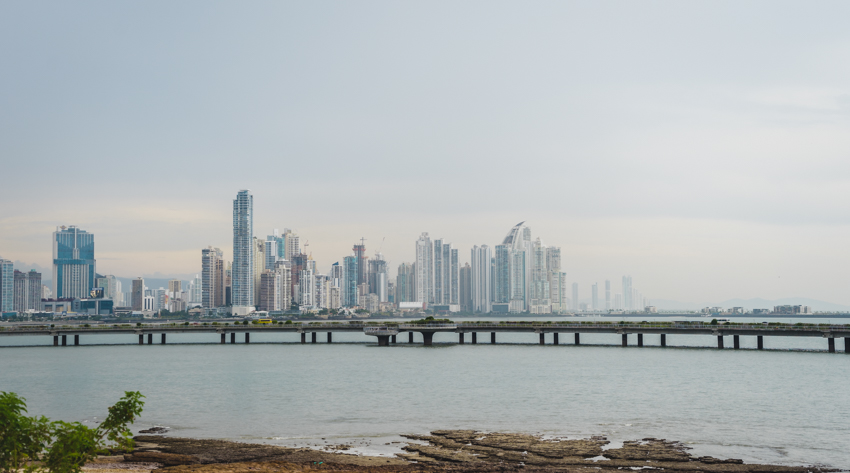 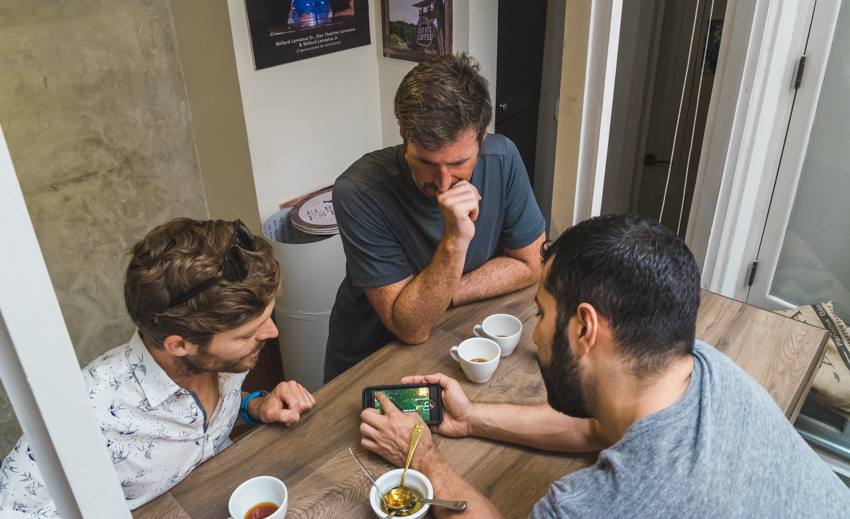 Wilford showing us a map of where the coffee we tasted was grown. This is Bajareque Coffee House, owned by the gracious Lamastus family whose farm we toured in Boquete. When in the city, make sure to stop in and get a cup of Geisha!

Thank you for tuning in!  We’re able to share these adventures because of viewers like you. If you like what you see, check out our Say Thanks page to learn about different ways you can help keep the videos and posts flowing. You’ll notice most ways don’t cost you a penny but make a big difference to us…and for that, we thank you!