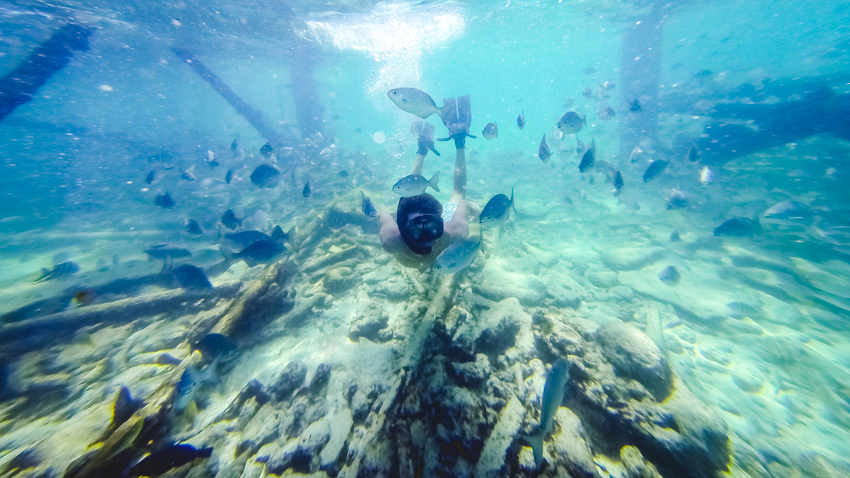 It feels good to be exploring again! I realize how ridiculous this must sound coming from a girl who’s been traveling continuously for over six years. But, the reality is we’ve spent the past several months of our lives intensely searching, negotiating, outfitting, learning and preparing. Very little of our time has been focused on anything else. I’m not complaining, it’s all part of the adventure. It’s more that I almost forgot how good it feels to explore new territory and to be traveling again with no real agenda.

Speaking of exploring new territory…After a few days at Rodriguez Key and Tavernier Key, we pick up our anchor and sail the 17 nautical miles southwest to Indian Key.  It’s a deserted, tropical island owned by the Florida State Park system, with a free mooring ball and dinghy dock. It’s so lovely, we decided to take up residency for a couple of days.

This may be an 11 acre deserted tropical island with overgrown ruins, but its all very civilized and seemingly under explored.  I think we may have witnessed four other humans during our two days here.

It’s a little wild to think of what it must have been like in the mid 1800’s.  Here was this tiny little island where a few people realized they could make a living salvaging boats that ran aground on nearby reefs.  In it’s boom this little town was powerful but when the Indians attacked everything went bust. 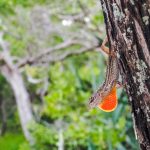 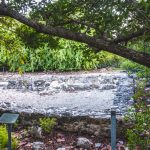 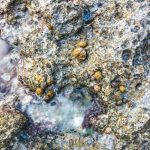 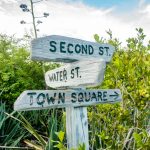 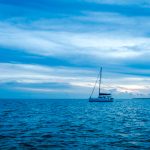 A big thanks to everyone who suggested we make this ghost town part of our shakedown cruise.  We enjoyed exploring this spot in complete solitude…well, minus the local wildlife.

Alligator Reef Light was established in 1873 but hasn’t been operational since 2014. It’s the first reef lighthouse we’ve ever seen and it’s quite the industrial sight. The reef lights are different from what I think of as traditional light house, not that I am a lighthouse aficionado, but they are equally as neat. 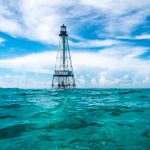 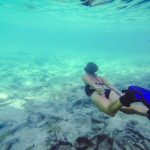 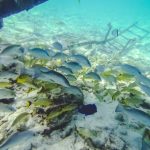 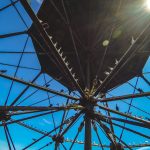 One little tidbit I found interesting about this lighthouse is how it got its name. Thankfully it has nothing to do with alligators, because, hello…Florida + alligator + snorkeling doesn’t sound appealing. It was named after the U.S. Navy Schooner Alligator which ran aground at the reef in 1822. They quickly stripped the ship of gear and blew it up so it couldn’t be used by pirates.

It’s about 4 miles east of Indian Key and well worth the short trip out. We arrived about an hour before low tide because we read it was best for visibility and current…and we agree. Alligator Reef is the best snorkeling spot we’ve found since we’ve been in Florida!

Robbie’s is bit of a tourist trap but its also an Islamorada staple that has water front dining (but bring your bug spray if you’re coming in the evening). We planned our paddle board trip to Robbie’s based on the tides too. We didn’t want to have a full stomach, a couple of beers and a 4 knot current to fight afterwards. We paddled in on a rising tide, about 2 hours before slack tide. This way, we had plenty of time to hang out, relax and have the current in our favor for the paddle back home. 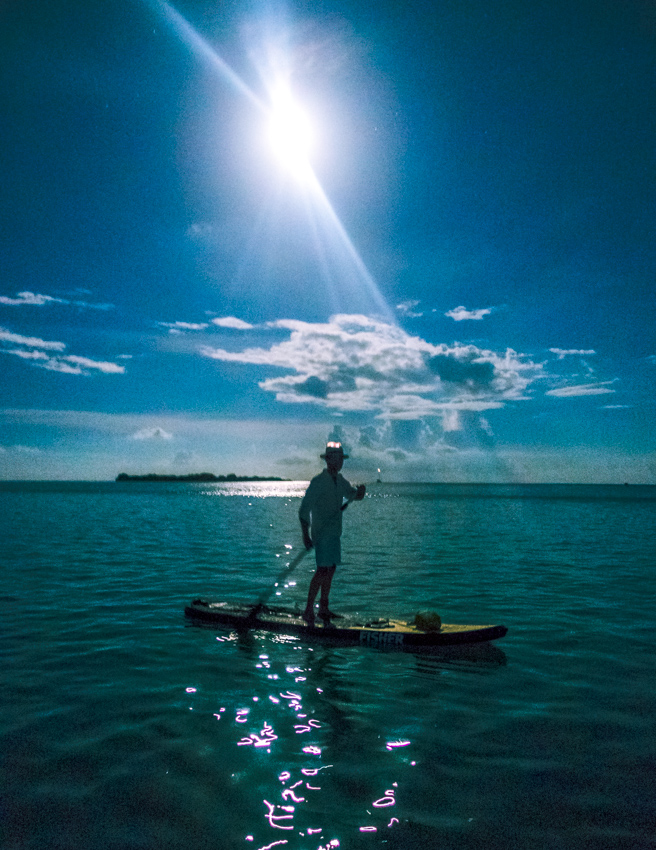 If you’ve spent anytime at Indian Key, snorkeling the area or even feeding the famous tarpon share your story in the comments below. We love hearing from anyone that has a tip or a story to share.

Cameras used to film this video: 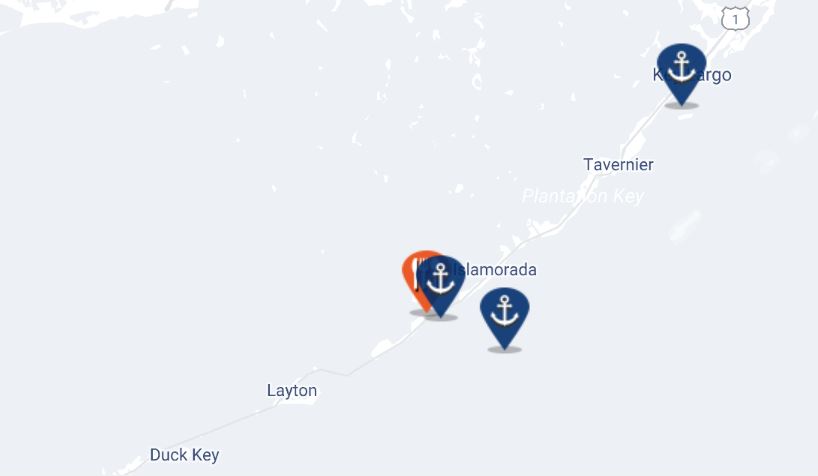 If you click on the map it will take you to our map page where you can view, scroll, zoom and click.