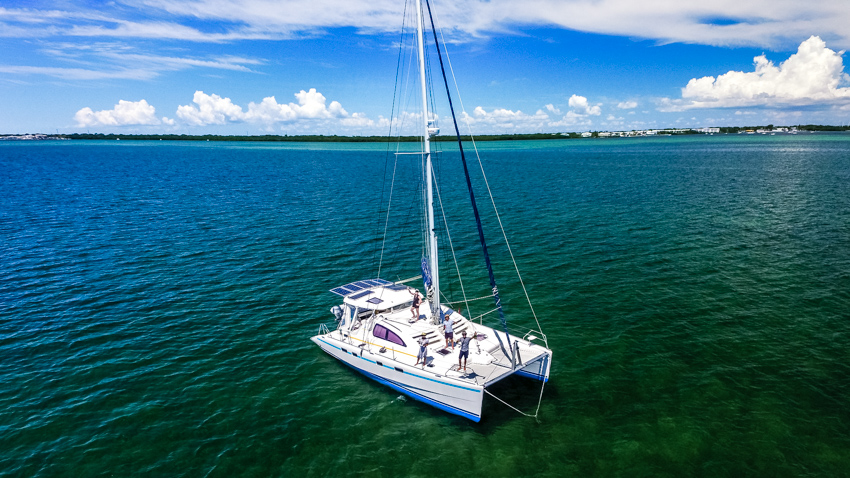 Appeasing the Gods – Renaming Our Sailboat

Sailors are a seriously superstitious bunch.  Good luck, bad luck, omens, traditions, ceremony’s…according to nautical folklore, we shouldn’t even think about sailing if we haven’t pleased the Gods first.

We are not superstitious people but we must have been warned a hundred times, “do not to re-name your boat but if you must, go through the proper re-naming ceremony”.  To be honest, we took a quick look at the google searches for “sailboat renaming ceremony” and had very little desire to go through the painstakingly detailed instructions on how to first de-name then re-christen a boat.

But champagne was one of the instructions…and we’re not ones to deny the excuse to drink champagne, so onward we go.

It was difficult to get a clear answer on exactly what needs to be done for a proper boat renaming ceremony.  We found all kinds of conflicting info on what should or shouldn’t be done and which gods should be appeased.  Greek or Roman?  In the end we merged a lot of the info we found online, put our own spin on it and decided it would please us, our vessel, our guests and hopefully the appropriate gods.

While anchored out at Rodriguez Key we decided our sailboat renaming ceremony needed to be complete before we traveled any further, after all we’ve been sailing in “sin” for several weeks now (with the new name on the boat).  We invited our South African friends to join us on board for the occasion.

If you followed our Sailing Schooled episodes then you’ll remember our friend Terry.  He and his wife have just moved here from South Africa and seeing that our boat is made in South Africa…it all seemed perfectly appropriate.

A big thanks to Terry (South African Sultan, Sir Grimbeek) and Yolande (Captain Sam Quint) for joining in on the fun and gifting Curiosity with the Marvelous South African wine.  It really did come from South Africa and from Terry and Yolande’s house, talk about synergy: South African boat, friends and wine…this has to please the gods. 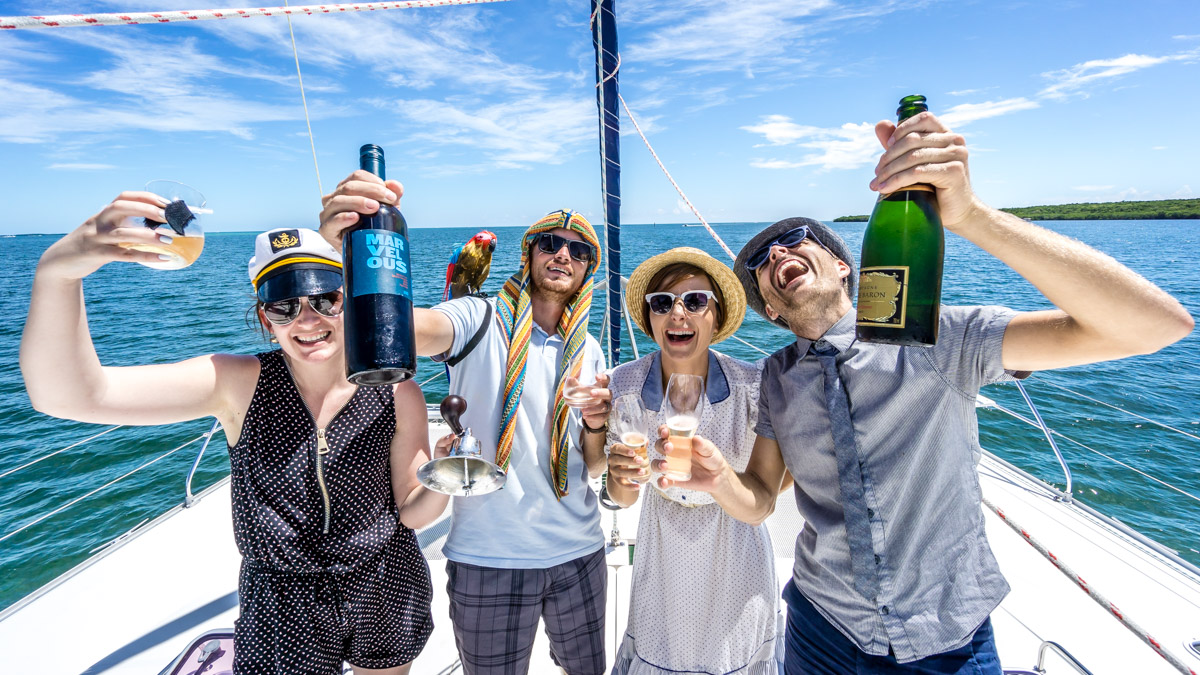 We choose to go through with the re-naming ceremony not out of fear or superstition but rather to honor a tradition.  However, we’ve talked with plenty of people who firmly believe in the bad luck associated with not properly performing the ceremony.

What do you think, are we good or should we pour out a little more champagne?  Have you ever re-named a boat or perhaps have a superstitious sailing story to share…make sure to tell us about it in the comments below.  Everyone loves a good story.

More on why we chose the name Curiosity here: The Long & Exhausting Journey of Buying A Cruising Sailboat 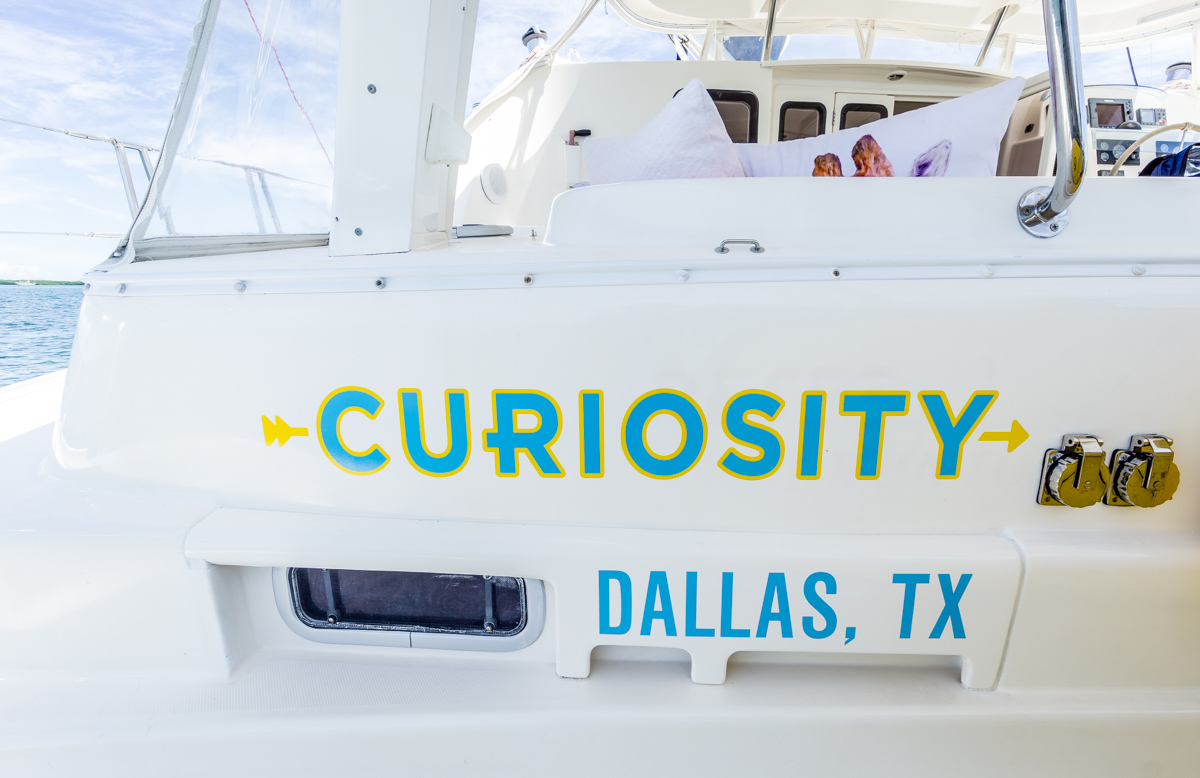 Ahh, feels good to have her official. 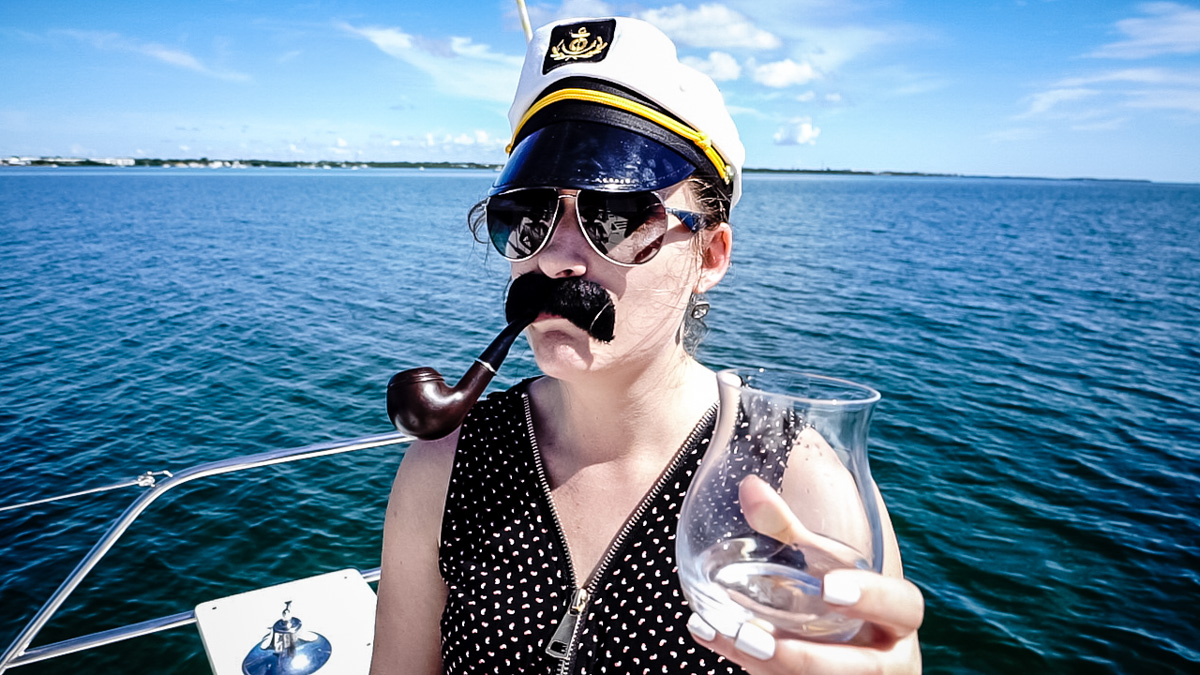 Molasses Reef was a great dive/snorkeling site with plenty of mooring balls, but stays very busy especially on the weekend.  We spent a couple of hours here and then made our way over to White Bank Dry Rocks.  There were three mooring balls here and we had the whole place to ourselves.  It’s not as big but it’s equally as impressive.  We did see a giant shark here but the camera wasn’t as quick as the subject, bummer. 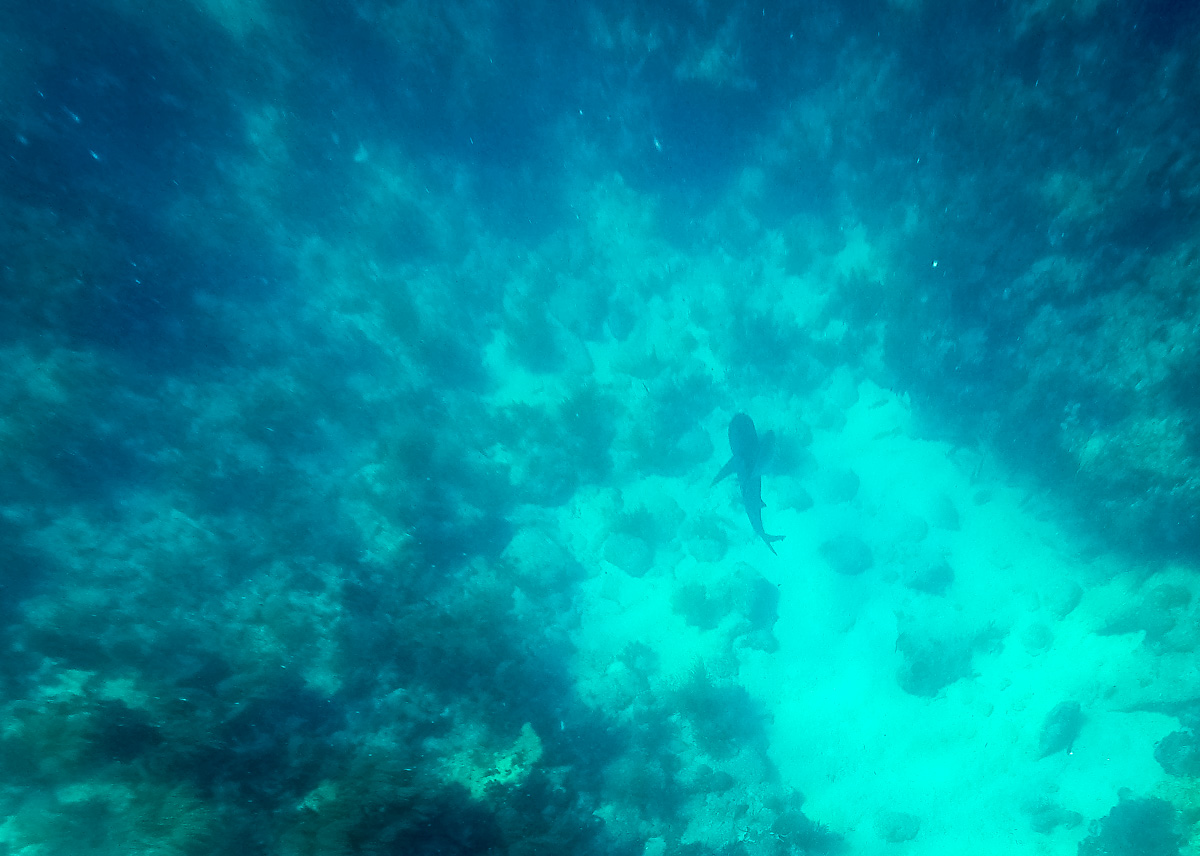 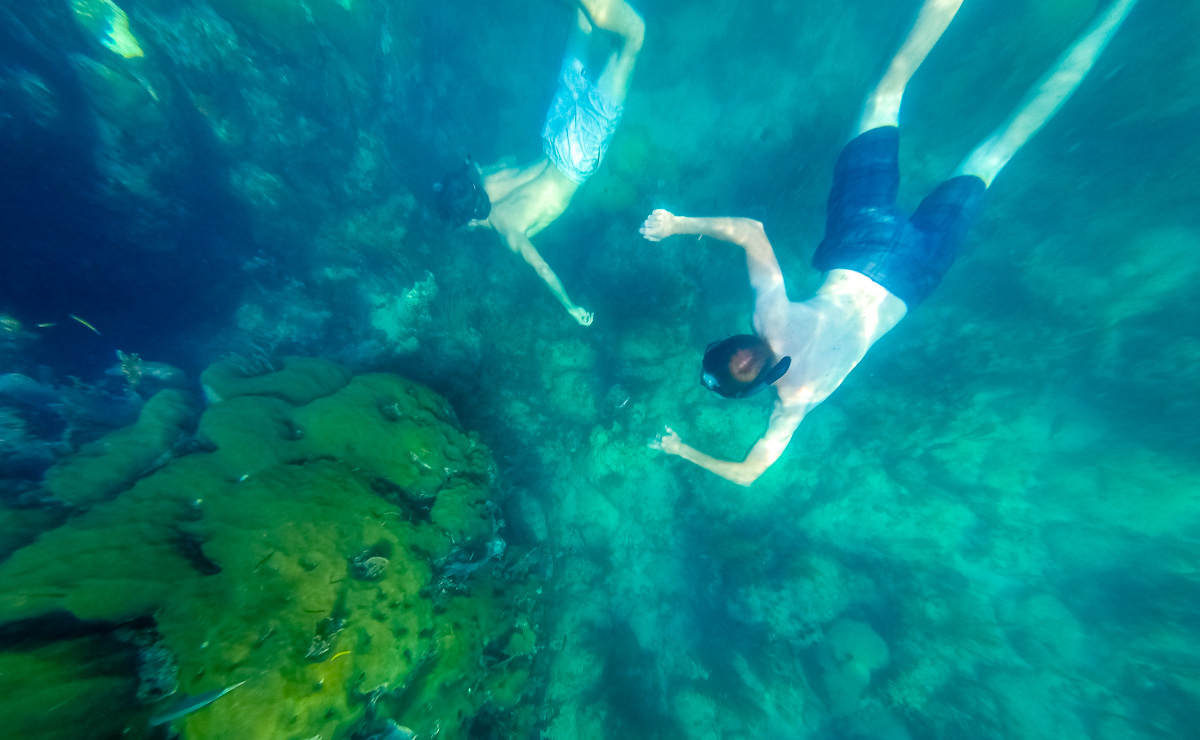 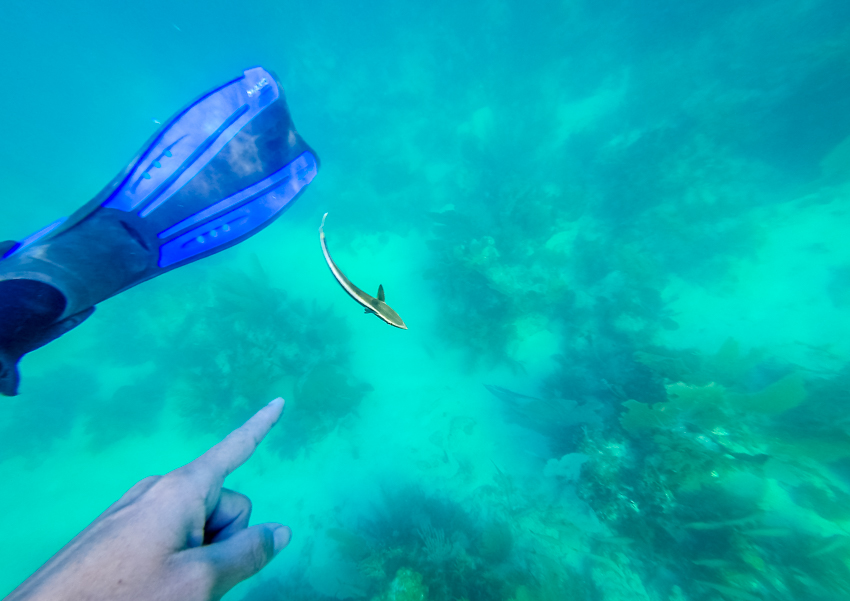 Jason must give off some serious water vibes…this sucker-fish thought he found himself a new shark to latch onto. 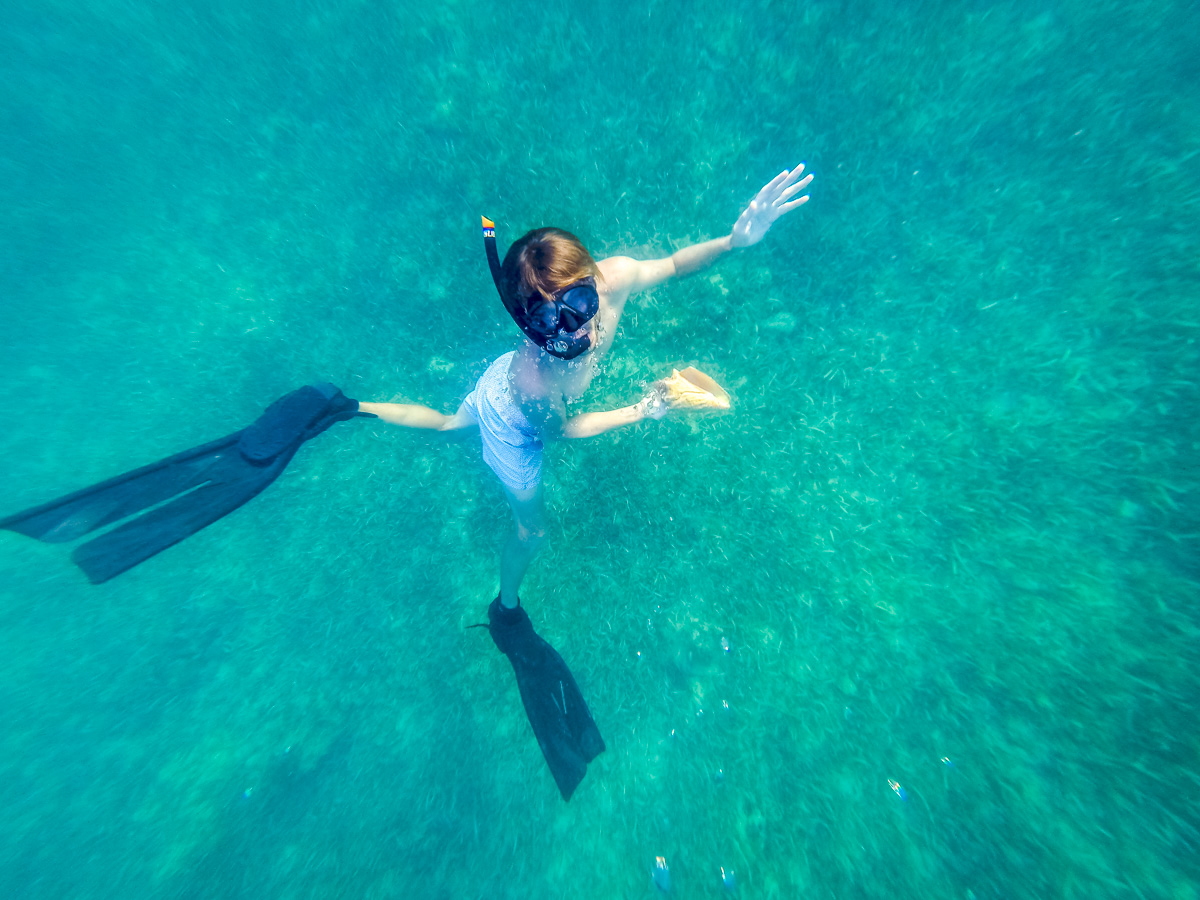 Jason practicing his conch hunting skills for the Bahamas.

Being our un-superstitious selves, we can’t help but ask the question, “what spurred on this nautical folklore?”  Here is what our interwebs digging found (paraphrasing of course):

Turns out the sailor’s re-naming fear wasn’t misplaced in the beginning. They were just trying to avoid the tax man!  Most larger ships for a long time were commercial or military.  The commercial boats were of course out to make a profit, which means the higher ups wanted their cut.  This is where taxes, fees and assessments come in.

Changing the name on a vessel was a clear indicator that a large transaction had happened, which would send the tax authorities snooping around.  So, it was considered bad luck to bring attention to the change of ownership.  By keeping the original vessel name it might appear that all affairs and documents were in order. 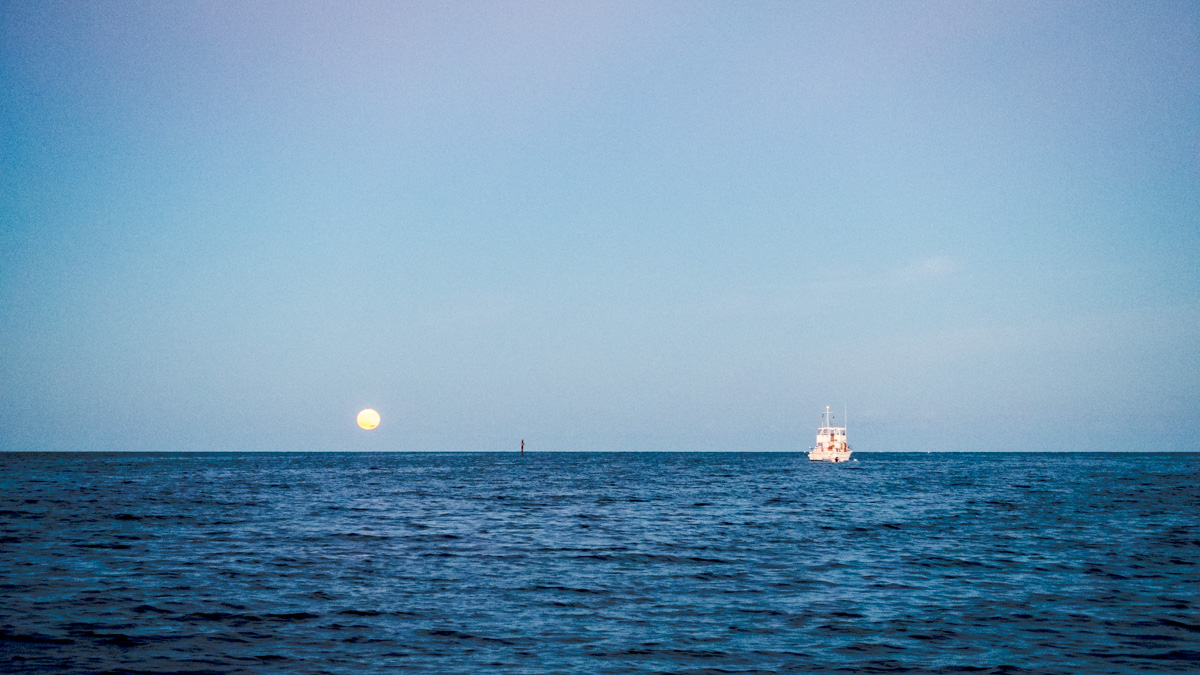 A full moon rising to complete our christening and celebration of s/v Curiosity.

Cameras used to film this video:

If you click on the map it will take you to our map page where you can view, scroll, zoom and click.

Renaming Ceremony we used as our guide: http://www.bluewatersailing.com/documents/renamingceremony.pdf