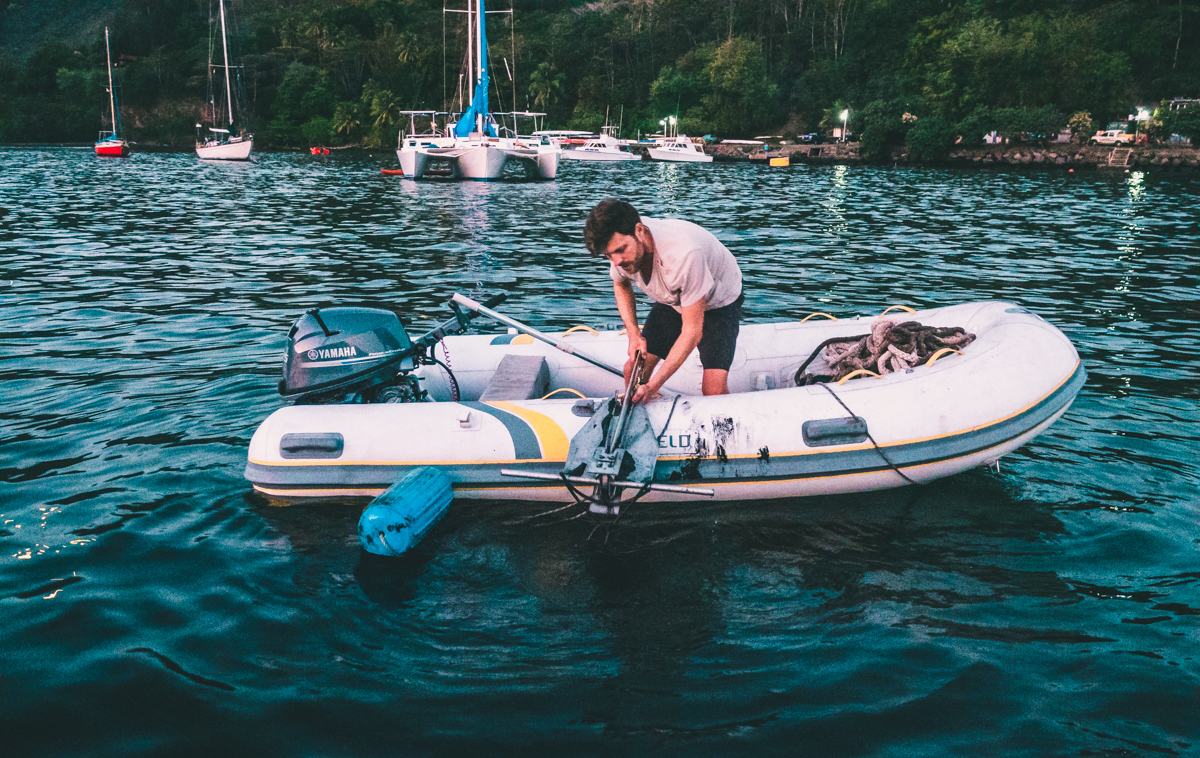 There’s nothing like doing it for the first time, especially with an audience. The sweat stains on our brows and under arms were growing with the anticipation.

We had managed to get ourselves into this bow and stern anchorage “like an old salt” (so we were told).  But could we get ourselves out with the same facade?

We knew that sailing into Hiva Oa, in the Marquesas, we’d be met with this new challenge of bow and stern anchoring.  Active Captain and Noonsite.com both had fellow sailors sharing their cautionary tales and tips.  That’s cool we thought, it wouldn’t be an adventure if we weren’t trying something new.

So, a tight anchorage, a restriction zone and constant swell schools us in setting up and breaking down our stern anchor.

Don’t go clicking that play button just yet.  We have a favor to ask.

We’ve been working hard behind the scenes (and digital screens) on some features you’ve requested. You’ll notice a couple of them in this video. A short video intro and location map for starters. Let us know what you think!

In the end, not so bad!  We were super happy we had done some research on the subject before taking off on the passage. (Thank you internet and fellow sailors for sharing your tips!)  The trip line really makes all the difference in the world.

We watched one boat really struggling to get their stern anchor set.  So, they decided to pick up and try another spot.  They didn’t have a trip line so the skipper had to jump in, dive down and retrieve his anchor by hand.  He was pooped by the end.  Feeling over it, they decided that dealing with the swell was better than a stern anchor…so they dropped the hook on the outside and suffered through the rolling waves.

For us, we had the trip line and we still didn’t want to go through the whole process again…so we could totally sympathize.  At first it didn’t seem that bad on the “outside”.  But considering we just spent 24 days at sea, we weren’t keen on feeling like we were out to sea, while at anchor.

Having to move in and out of the anchorage was forced practice, so in the end, it was a good thing.  Next time we have to drop it from the front and the back, we’ll be much better prepared (or so we hope). ?

Curious About Our Camera Gear – All Our Camera/Computer Gear is Listed Here: gonewiththewynns.com/camera-gear-review-2017
Awesome Tunes for Videos: http://bit.ly/artlist-gwtw

We’re here because of and for you (our viewers).  We share thousands of hours of firsthand experience about living off the grid, sailing and traveling around the world.  We share in hopes of helping you find the information, inspiration or tools you need to live your adventure.

But, it takes a village.  There are lots of FREE ways you can show your support, or toss a nugget into our Tip Jar.