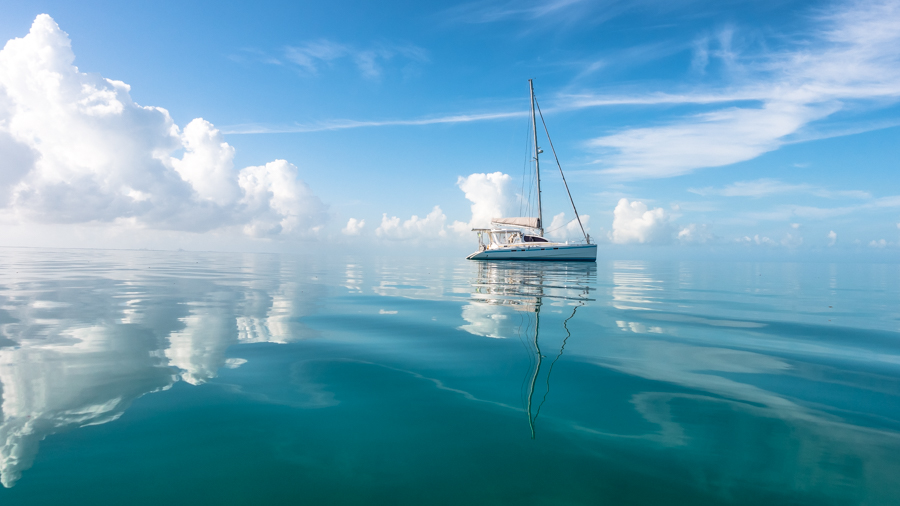 The wind died off as we rounded Mangrove Cay and we were forced to drop the sails and become a motorboat for the last bit of our trip from the Abacos.

No wind is always a bummer on a sailboat.  Turning on the engines causes a sort of allergic reaction that has us itching to turn them off as soon as they are on.

We had expected the wind to die off but had no idea the seas would become so eerily calm and the reflections would be ohhh so beautiful. 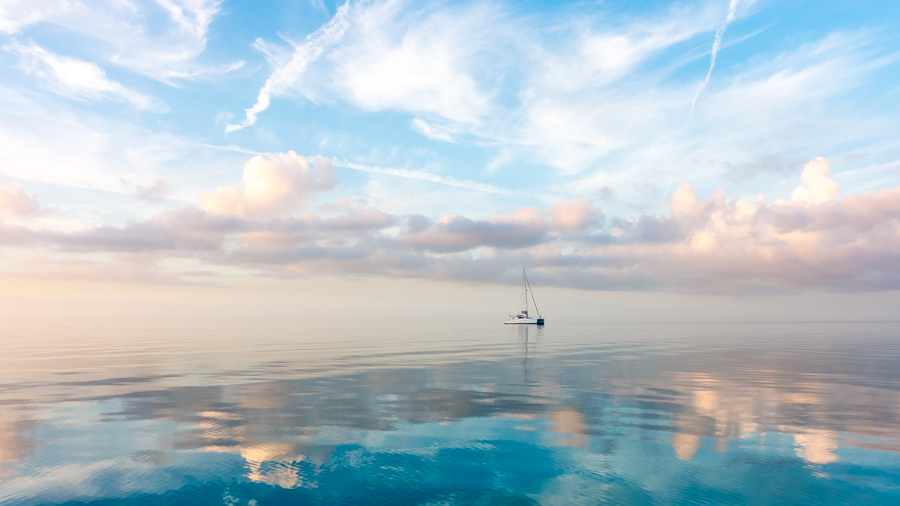 We have one seemingly simple task this day: Provision so we have enough food for one week of sailing with my brother.  Easy enough…or is it?

Freeport is a total cruise ship destination and the first large port in the Bahamas from Ft. Lauderdale.  During our time in Dania Beach, while getting service on our catamaran, we saw numerous barges inbound and outbound for FPO (Freeport).  Which had us thinking it would be an excellent destination for provisioning.

Did you make it until the bitter end?  If so, did you catch Nikki’s favorite phrase “I’m not always right, it’s just that I am never wrong.”  If I’m being honest, it is typically the case.  However, she borrowed that line from a friend’s mother several years ago, and now I think I’ll be hearing it until my bitter end (lovingly of course).

But how about those views from the boat!  The eerily calm seas added an extra level of wow to everything…from sunrise to moonrise. 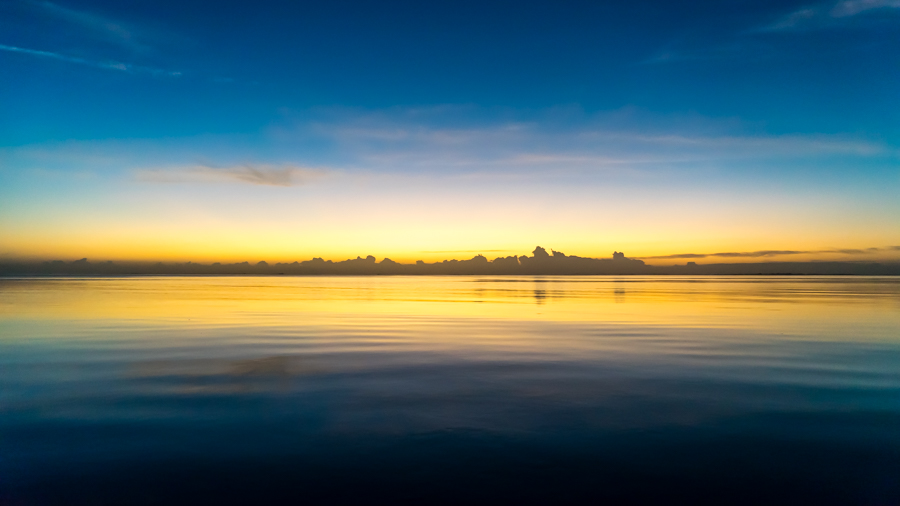 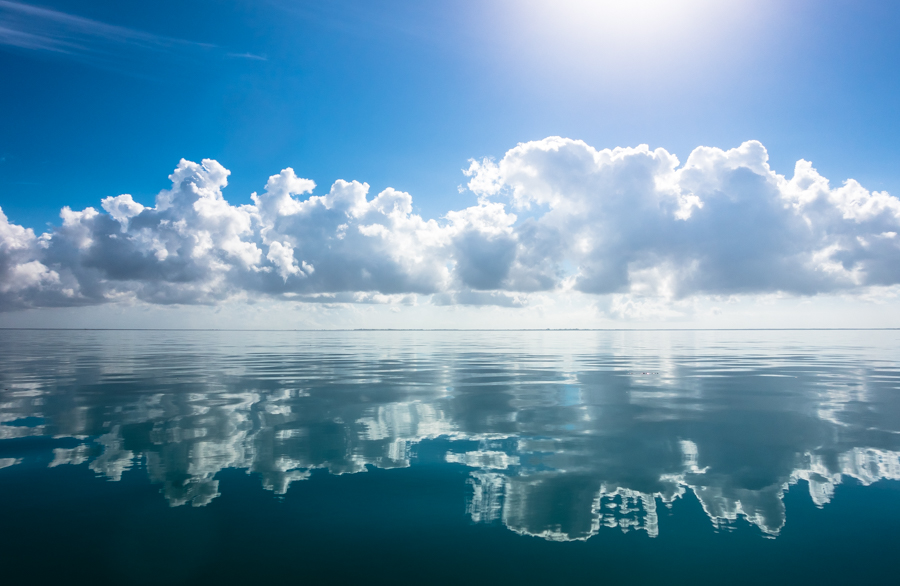 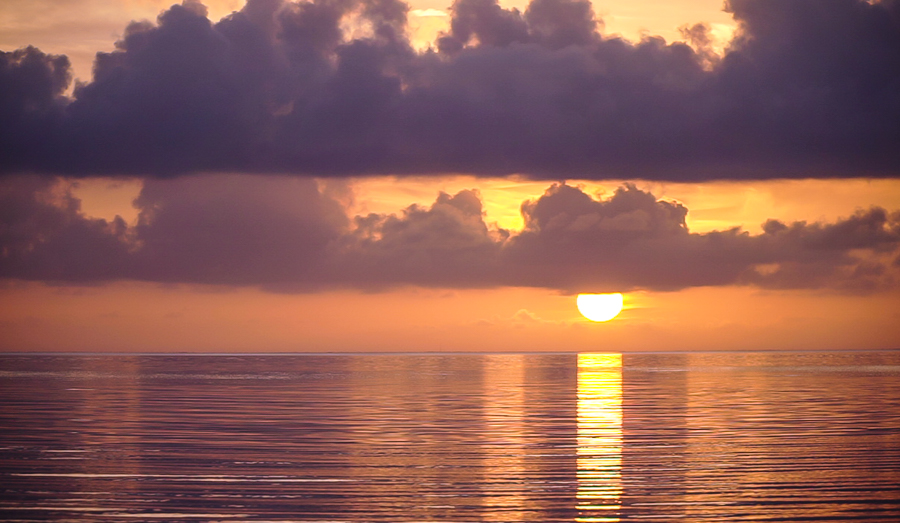 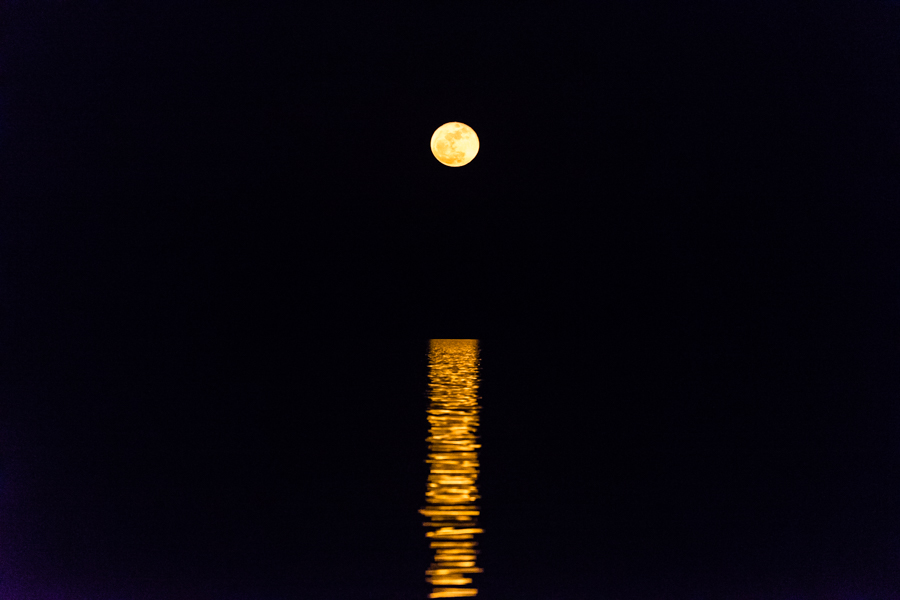 Smooth and simple are two words that best describe our dinghy day.  We were a little nervous to take this trip as we hadn’t really ventured out more than a few miles here and there in our dinghy.  We’d also never taken it above 1/2 throttle because it’s been in the “break-in” period.

I’m happy to report, after this experience we’re totally stoked about our new dinghy.  Because it’s less than half the weight of our old dinghy our fuel economy is through the roof!  The one-way trip totaled 16.7 nautical miles and we only sipped 1.3 gallons of gasoline (at full throttle the majority of the time).  You may also have noticed we didn’t get wet.  The ride is smooth and the sides are nice and tall so we rarely get splashed, wish I could say the same for our hats.

Learn more about our dinghy and why we swapped here: gonewiththewynns.com/dinghy-swap-ab-highfield 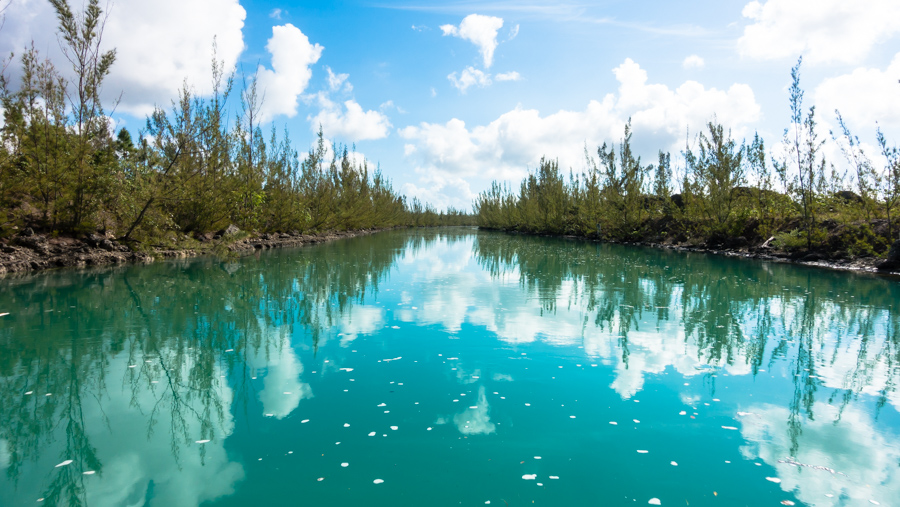 Let’s Get Brutally Honest About Provisioning

The biggest and most populated cities in the Bahamas are Nassau and Freeport.  So I don’t think it was a bad assumption to expect the shopping in Freeport to be some of the best in the Bahamas.  Sad part is after experiencing this Solomon’s we’re wishing we were back in the Abacos because the food was less expensive and the produce selection was far better.

The Bahamas are a wealthy country, it’s 1st world even though it doesn’t always look like it.  We understand it’s island life and everything arrives on a ship…but that seems doesn’t seem like a valid excuse.  Over the years we’ve visited other islands around the world (that aren’t 1st world) and their produce wasn’t as sad and it was all shipped in the same as here.  Which really has us wondering…what is the deal with the Bahamas grocery stores?

It was shocking to see produce with gnats flying around, black bananas, sprouting onions, potatoes growing potatoes and other foods that looked way past their prime.  It seems here they keep stuff on the shelves that would have been thrown out days earlier elsewhere. 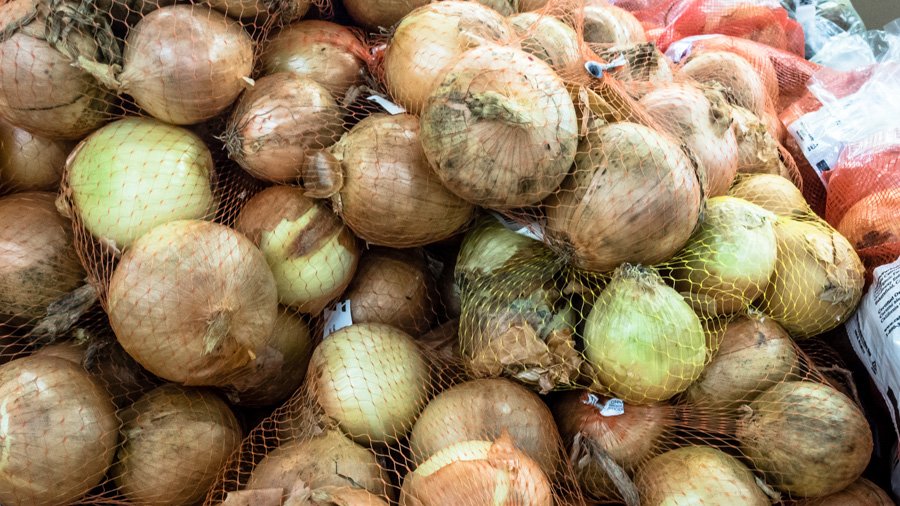 The odd contrast is the fancy selection of prepackaged items.  There were nice cheeses, meats, frozen meals, $10 gourmet chips and so on.  The only thing I can think is the tourists staying in Freeport come in and purchase the fancy snack type stuff and the locals are stuck with whatever is affordable or not rotting away.  It’s the only thing that seems to make sense in my mind about this shopping experience, and even that doesn’t make any sense.  It’s obviously frustrating for the two of us veggie and fruit loving travelers, I can’t fathom what it’s like as a local.

After filling up our dinghy the dock attendant told us about a place called Cost Plus (a Costco type bulk store), so we’ll have to check it out when we return to Freeport to meet up with the rest of our family.  He said they are more affordable and have a bigger selection.

Leaving our Sailboat – Safety and Peace of Mind

You may have noticed in the video when we left the boat all day we made sure to leave out some laundry so it may appear to a passerby that were on board.  We stowed the dinghy davit system in the upright position to also make it less obvious we were away. We locked all the doors, large hatches and did a few other tricks to make stealing our sailboat a more difficult task.  We’ve had loads of questions about leaving the boat and we will talk more about it an upcoming video.  So, stay tuned. 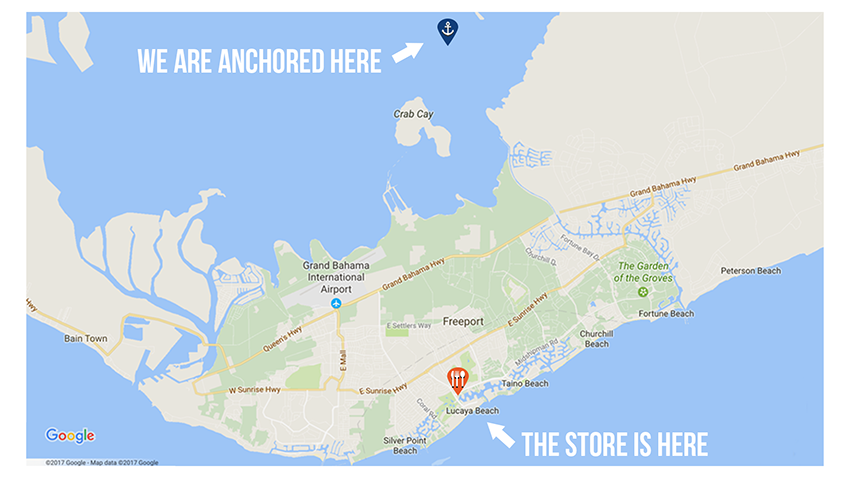 Thanks for watching, reading and being a part of the adventure.  An extra big shout out and virtual high five to everyone who helps support these posts by shopping through Our Gear Store or is a part of our crew on Patreon.  Your support helps keep us independent and free to share our unbiased experiences.  Thank you!