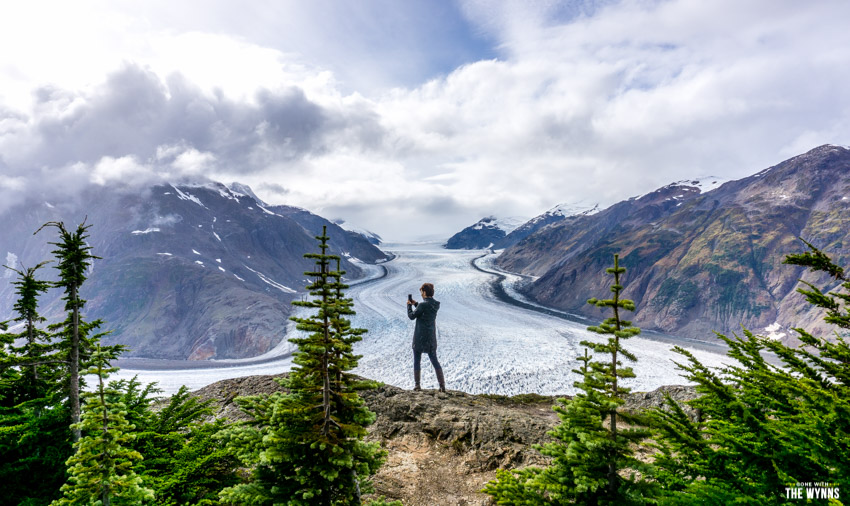 It’s hard to believe we’re officially on our last stretch of this big RV road trip to and from Alaska. Seeing the Northern Lights was our last big bucket list item. It was that last big check mark on our mental list and knowing we’re starting the trek towards the lower 48 that has us at a literal and proverbial crossroads. 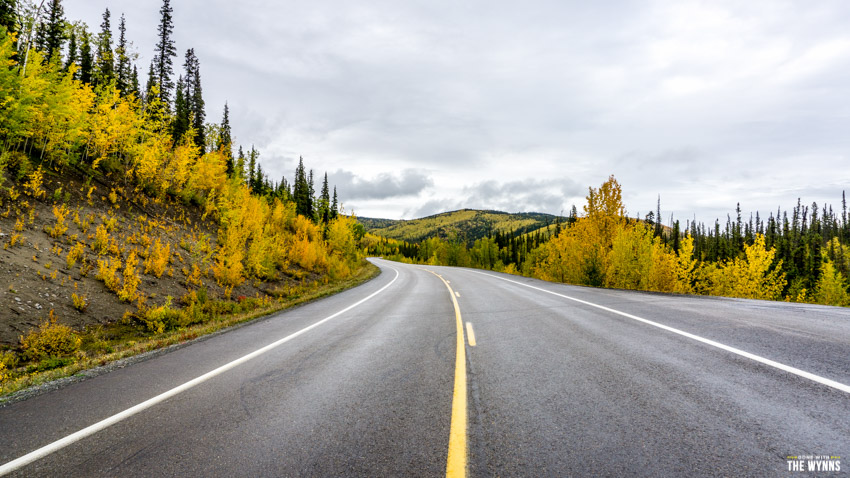 The literal crossroads – We left Harding Lake, arrived in Haines Junction and we have two route options.

The proverbial crossroads – We’ve taken in so much over the last several months, documented more than we ever have and traveled/adventured at a more vigorous pace than ever. So…we’d be lying if we said we weren’t getting weary. On top of that, we have a big job (because we still work beyond our Gone With The Wynns stuff) in less than a month that we have to be back and ready for. We have to decide how we want this last stretch to go.

It was here at the intersection of the Alaska Highway, the only road to the isolated town of Haines, standing in front of the “Muffin” that we had to make the big decision. As you can see in the video, we decided to take the direct route and save some adventures for our next big Alaska trip (because there’s no doubt we’ll have another). 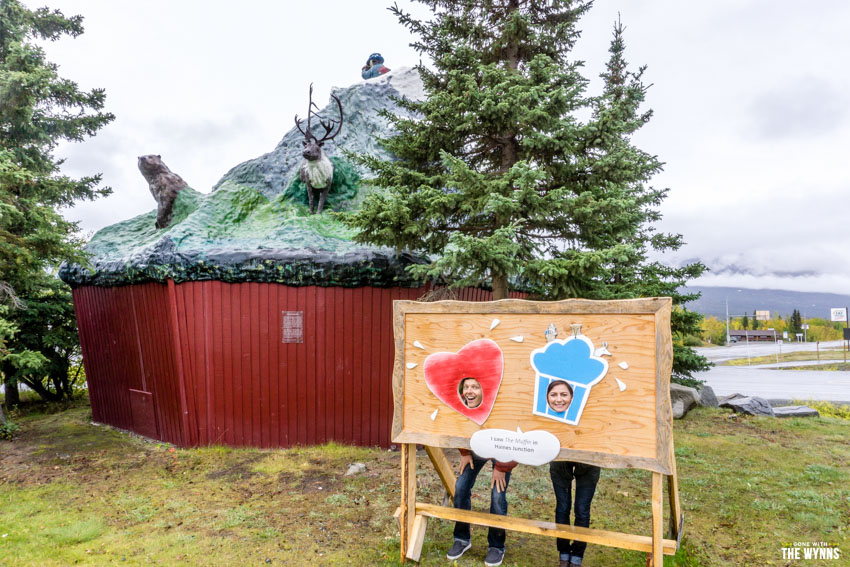 The drive was spectacular! We were surrounded by fall hues in all directions, never ending views, wildlife around every bend and we rarely passed a soul. At times it was as if we were the only ones left in this part of the world. We passed a few small towns and tourist traps along the way but nothing grand caught our attention mostly due to the fact that everything was closed. Oh, and if you like that sweet camping spot in the photo gallery below here are the coordinates: 58 139.80, -129 5030.64 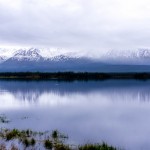 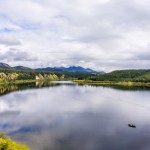 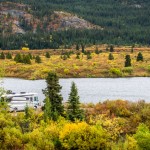 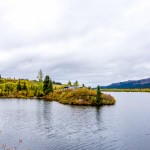 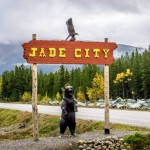 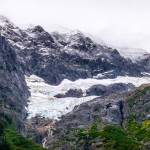 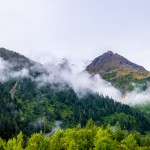 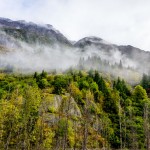 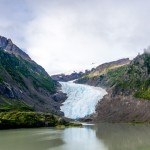 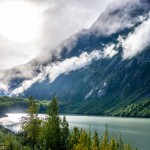 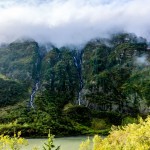 Arriving in Stewart and preparing to cross the border into Hyder, we didn’t expect much. We knew most everything would be closed and the famous bear viewing would be vacant. We were crossing back into Alaska simply for the sake of saying a proper goodbye. We wanted to check it off the list and see what was still left wandering around other than a couple of travel weary sedentary lifeaphobics. 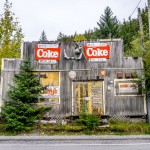 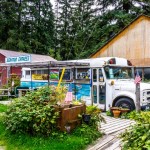 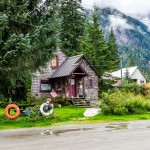 It was one of those towns that had raw character and charm beyond the tourist attractions. It felt warm and filled with stories from times past. We were sad we didn’t catch it a little earlier in the season but glad we experienced it none-the-less.

The big surprise in Hyder, and the biggest wow factor for us, is the journey to Salmon Glacier. There’s something about this quirky 16 mile stretch of road that goes from Stewart, British Colombia to Hyder, Alaska and back into Canada.  Its a bumpy dirt road up the side of a mountain that had us feeling like authentic globe trekkers. Then of course we arrive and there it is, in all its rugged glory. It’s a massive river of ice like we’ve never seen before and it literally takes our breath away. The proud travelers who have now seen glaciers from a helicopter, hiked on, climbed into and paddled up to…are yet again frozen in complete awe. I guess this just goes to prove once you’ve seen one glacier, you’ll want to see them all. 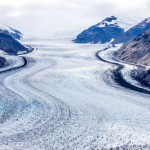 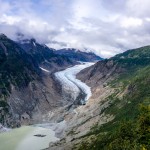 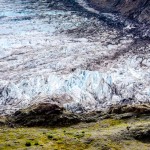 The Cassiar Highway is a stunning drive and has a feeling of wilderness that trumps the more populated ALCAN Highway.  There’s plenty of great Provencal Parks and Wild Camping along the way but the real gem of this drive is after you turn west on Highway 37A, near mile marker 97.  If we would have had more time, weren’t trying to beat the pending winter weather, and didn’t have a pending job we would have easily spent a month exploring this route to the fullest.

We’ve got about 100 miles of the Cassiar left, along with the road to Vancouver and our final crossing back into the lower 48.  The adventure isn’t over yet but we can’t help but feel a little bittersweet knowing that we’ve left Alaska for good.  We hold back the tears crossing into Steweart, BC and give Alaska one last wave goodbye…Thanks for the unbelievable summer!

Have you traveled the Cassiar?  What was your favorite stop?  How did the roads treat you?  Did you take it on the way North to Alaska or south like us?  Please share in the comments, we’re dying for a little more Alaska nostalgia right about now.

Fuel Prices – Fuel is cheapest in Alaska. In Canada fuel is slightly cheaper in the Yukon than in BC. We fueled up in Whitehorse at $1.199 per liter before heading down the Cassiar Highway.
Road Conditions – Because it’s the end of the season and they’ve had all summer to work on the roads, they are all in great condition. So it really makes for easier travel.  We found ourselves saying “what frost heaves?”
Weather – Winter is slowly beginning to settle in up here and rain has become common.  Highs were around 60°F and lows dipped around 30°F.
Dates Visited – September 5 – September 8

See all our Alaska Travels and Tips here: #ALASKABOUND