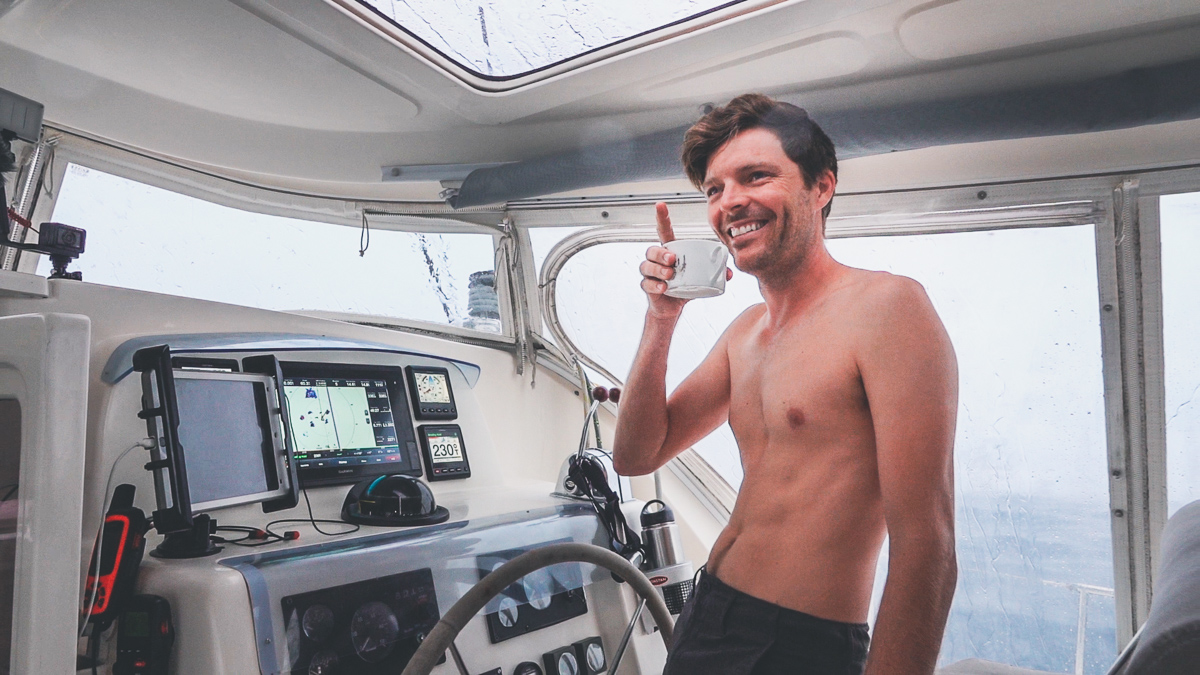 Being at sea is like the crest and trough of the waves we sail over, up one second and down the next.  This passage, like all great adventures, has it’s trying moments.

We’re sailing for the Tuamotus and it’s Jason’s birthday. I had planned to bake up a storm, but Mother Nature beat me to it.

This passage marked another first.  It was the first time Jason has ever thrown up while sailing on Curiosity.  We’ve sailed over 10,000 nautical miles but this was the passage where he had to reach for the bucket.  Luckily, it was just once and then he felt better.

He now describes that day to me as, “the 2nd worst birthday ever.”  The worst was when he was ten and his parents gifted him a barbie doll.  Apparently, he had popped off one to many doll heads from his sister’s collection and this was his payback.  It was a joke of course, but he still doesn’t think it was funny.

Considering his hit list for worst birthdays ever, I think he’s had a pretty good 37 years.  (Happy Birthday Old Man!)

As we were editing this video we kept thinking: it almost looks like we’re suffering from bipolar disorder.  This is great…this sucks…look, its great again…wait a minute.

But that is the thing. Sailing life and passage making isn’t always rainbows and picture perfect sunsets.  As with any grand adventure, the challenges don’t make it undesirable.  Some would argue that the difficult bits are where the real adventure begins.

Imagine a photo of a woman on the cover of National Geographic.  She has icicles for hair, wind burned cheeks and a dry, cracked lip smile.  She is smiling because she just reached the summit of Matterhorn, one of the most dangerous mountains in the world.  What do you think when you picture her?

I think, Now That Is An Adventure!  But I have no doubts that she cursed, spit and had some setbacks during her journey. 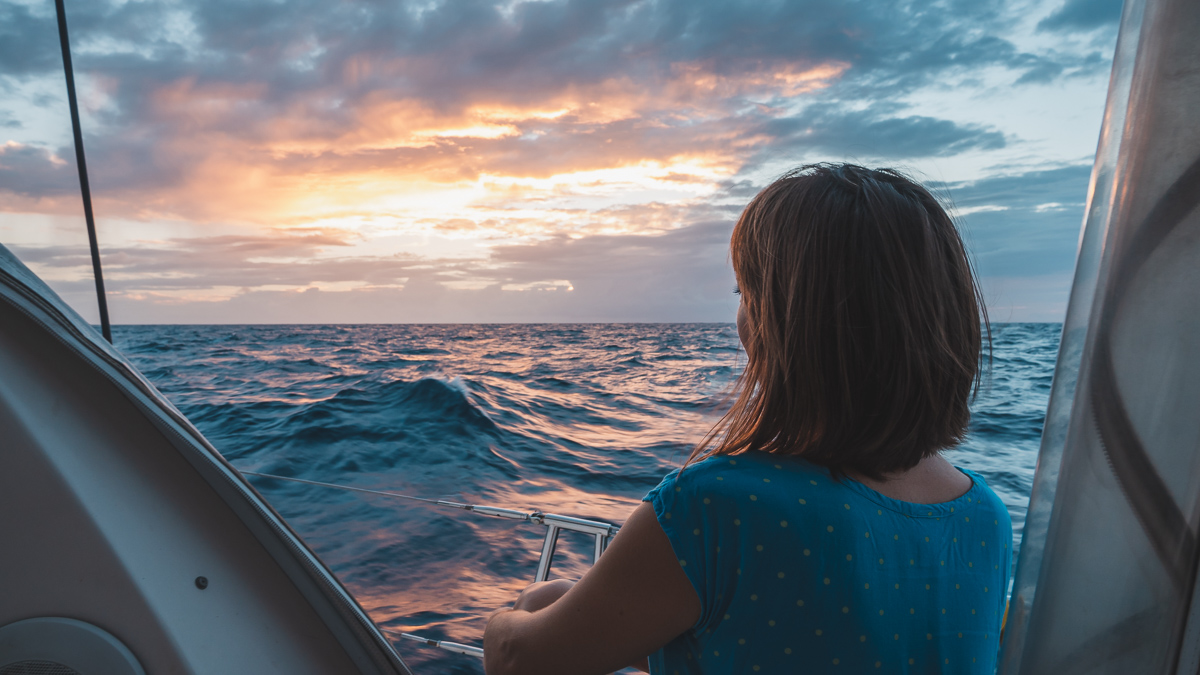 It wouldn’t be much of an adventure if there wasn’t any adversity.  Plus, the moments of challenge (physical or mental) are what make for good stories at the pub.

So, if you see us struggling, know we appreciate those moments too.  Because sometimes we’re having a great day and thank the storm for all its might, beauty, and the rainbow it leaves behind.  Other times we just want to tell the storm to stick its rainbow where the sun doesn’t shine.

Either way, we keep adjusting our sails and as long as we’re still floating, it’s a damned good day. 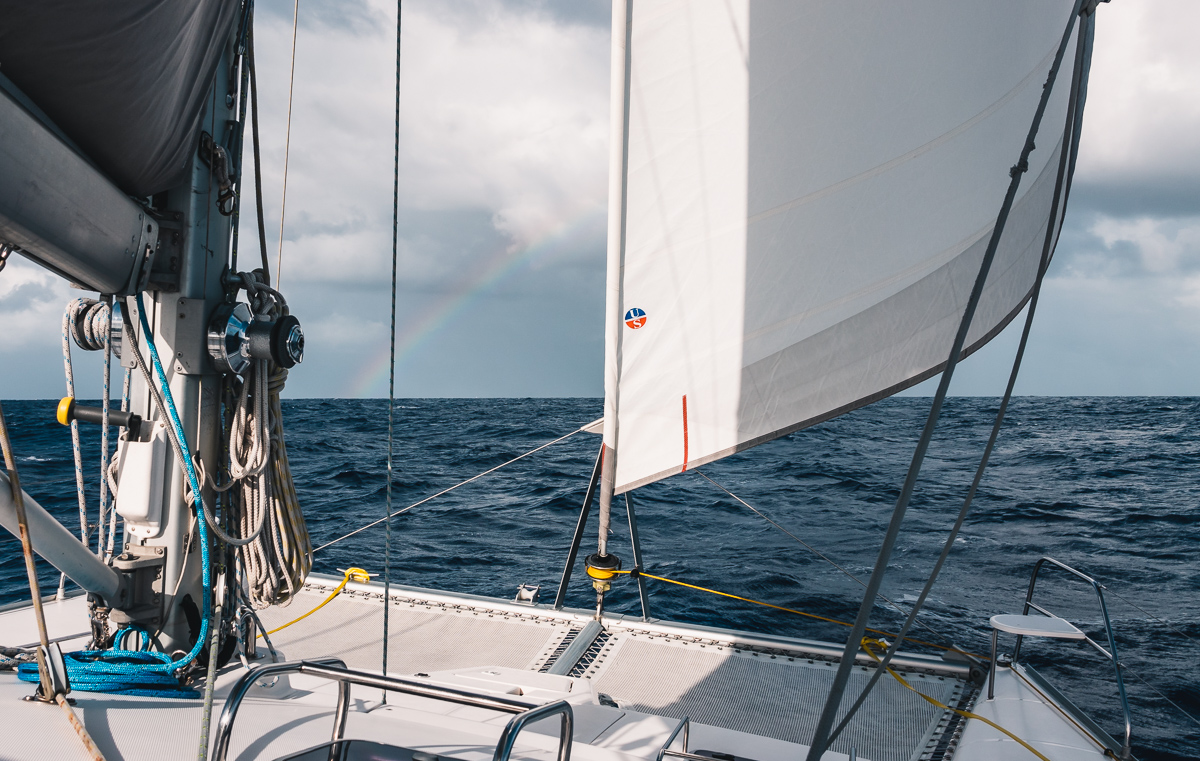 Sharing our lives and what we learn along the way is possible because of viewers like you. Thank You! We’re here because of and for you.  If you like what you see, there are lots of FREE ways you can show your support.