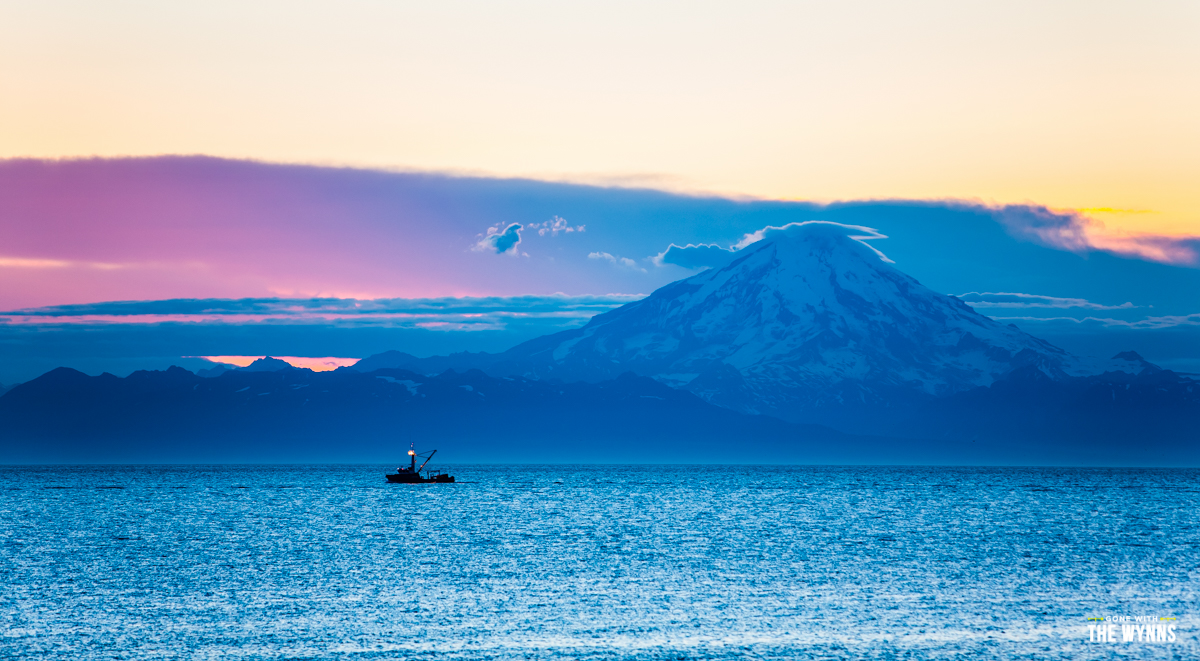 When we starting planning (as much as unplanners do) our great RV road trip to Alaska we allotted a good chunk of time in the Kenai Peninsula. It’s touted as Alaska’s Playground so we knew our time here would be action packed and filled with adventure.

Now, at this point in the trip we’ve been in the Kenai Peninsula for a couple of weeks and as we’re heading for the west coast of the Peninsula we’re thinking to ourselves, “is this pointless”?  Girdwood was filled with small town charm and breathtakingly beautiful hikes. Hope was far more than we could have ever hoped for with extreme white water rafting and a kickin’ party at the end of the road. Seward hit it out of the park with the non-stop fishing, glacier climbing, and whale smashing awesomeness…what more could possibly be left on the Kenai or be more incredible than what we’ve already experienced?

It’s in these moments, the ones where we think we’ve got a beat on Alaska that it sinks the hook in a little deeper.

We decided to make the tiny historic town of Ninilchik and the Deep Creek Beach our base camp.  We checked out a few of the other options and in the end, we feel this is the sweet spot.

Ninilchik, a tiny town of less than 900 is the oldest settlement on the Kenai Peninsula.  It was established in the early 1800’s by a Russian company for its elderly and disabled employees who couldn’t make the journey back to Russia. There isn’t a whole lot here beyond the old Russian Orthodox church, the Buzz coffee shop (it’s awesome) and of course the beach front camping. It’s wonderfully peaceful. 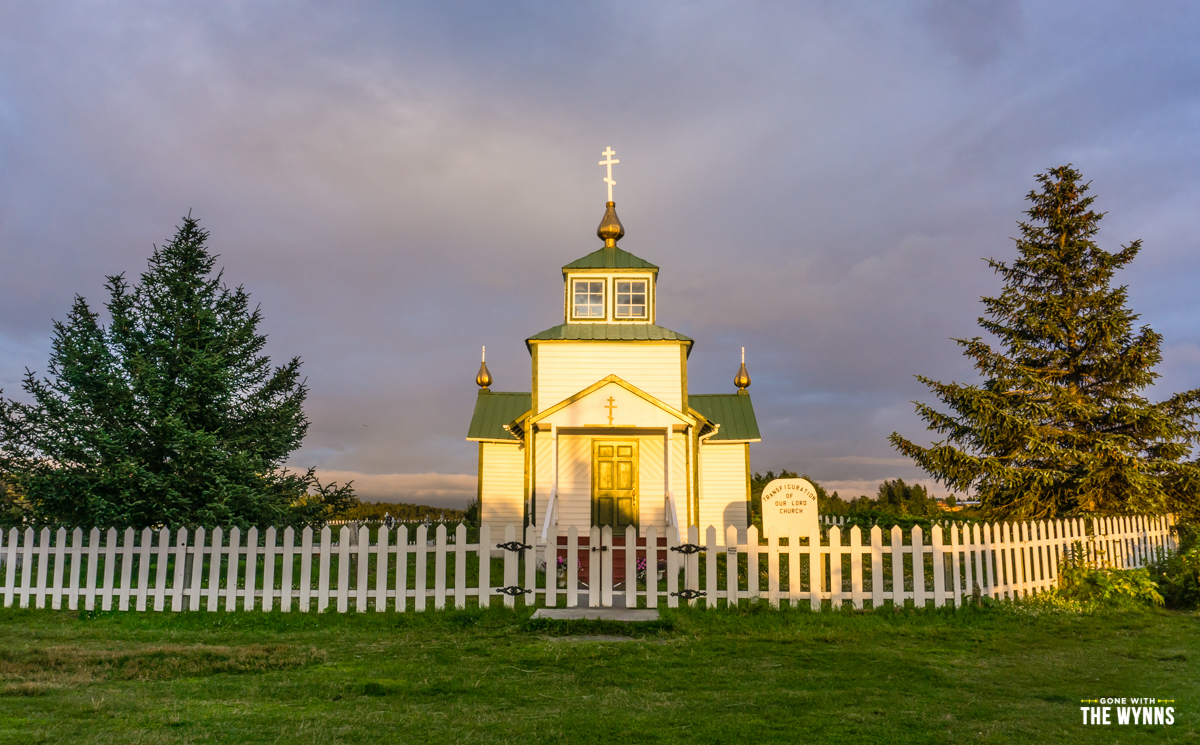 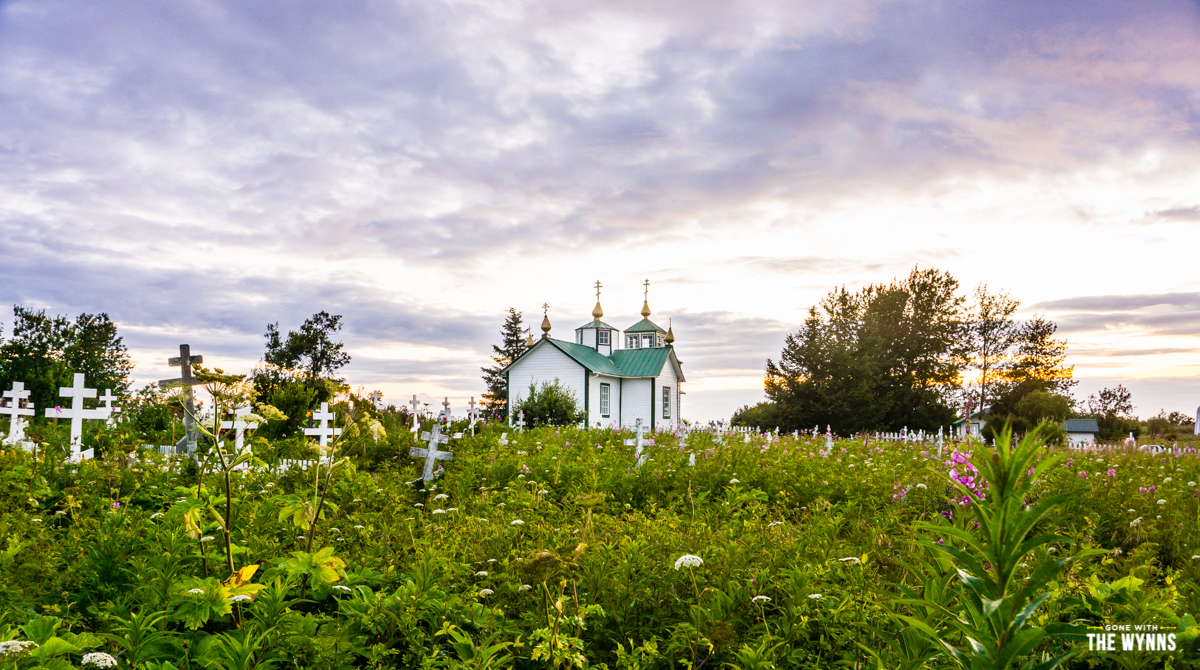 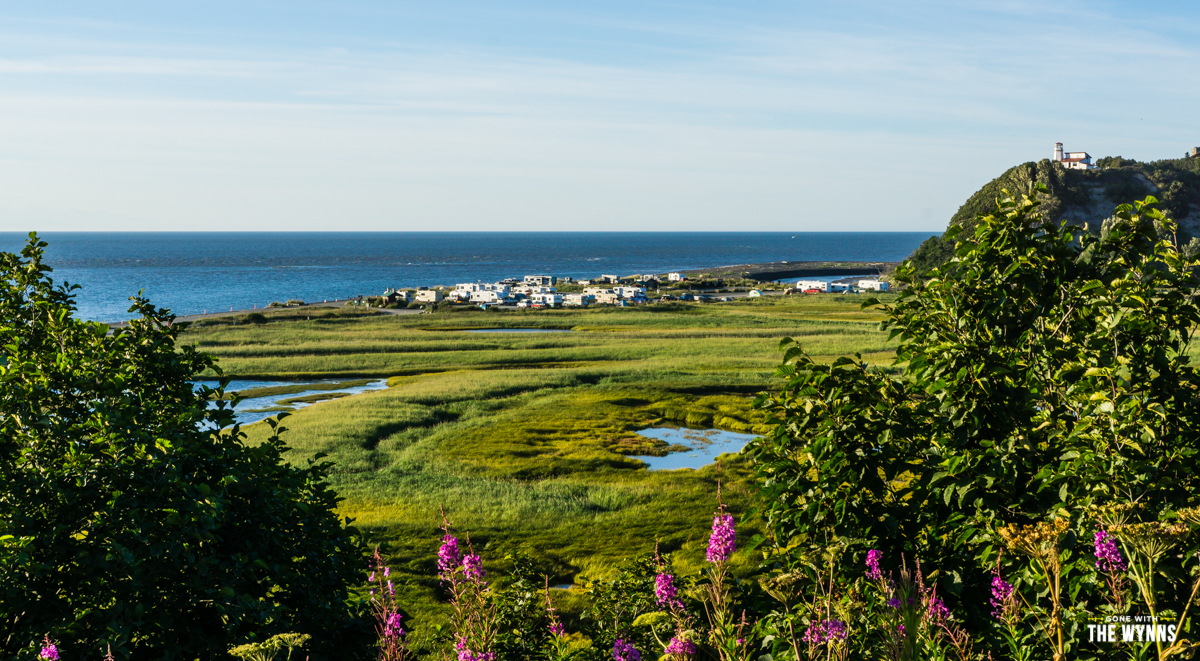 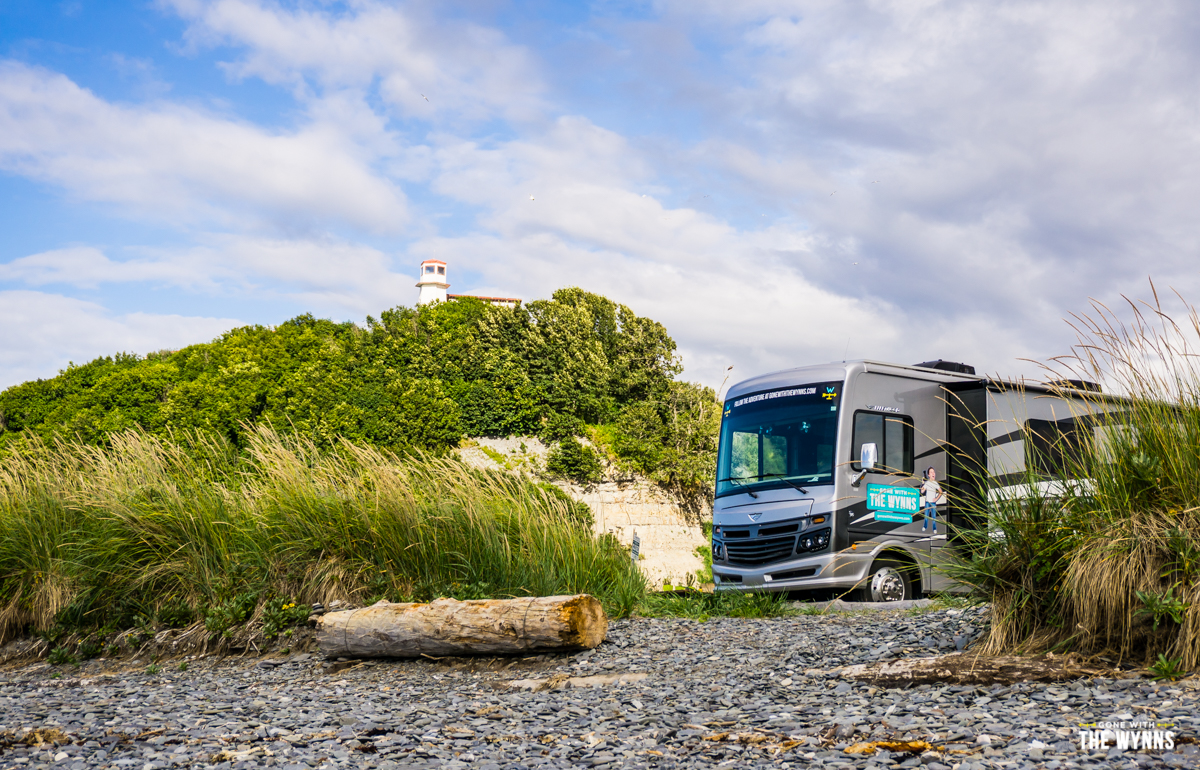 Deep Creek State Recreation Area is at mile marker 137.3 and is coveted for its fishing and razor clamming.  The fishing boats are launched in, and pulled out of, the water by tractor (it’s quite the show) but we really had our hearts set on clamming right out our front door and making fresh clam chowder! Sadly, the clamming was closed this year because a big storm wiped out a lot of the razor clam population and they needed to repopulate (however clams do that?!?). 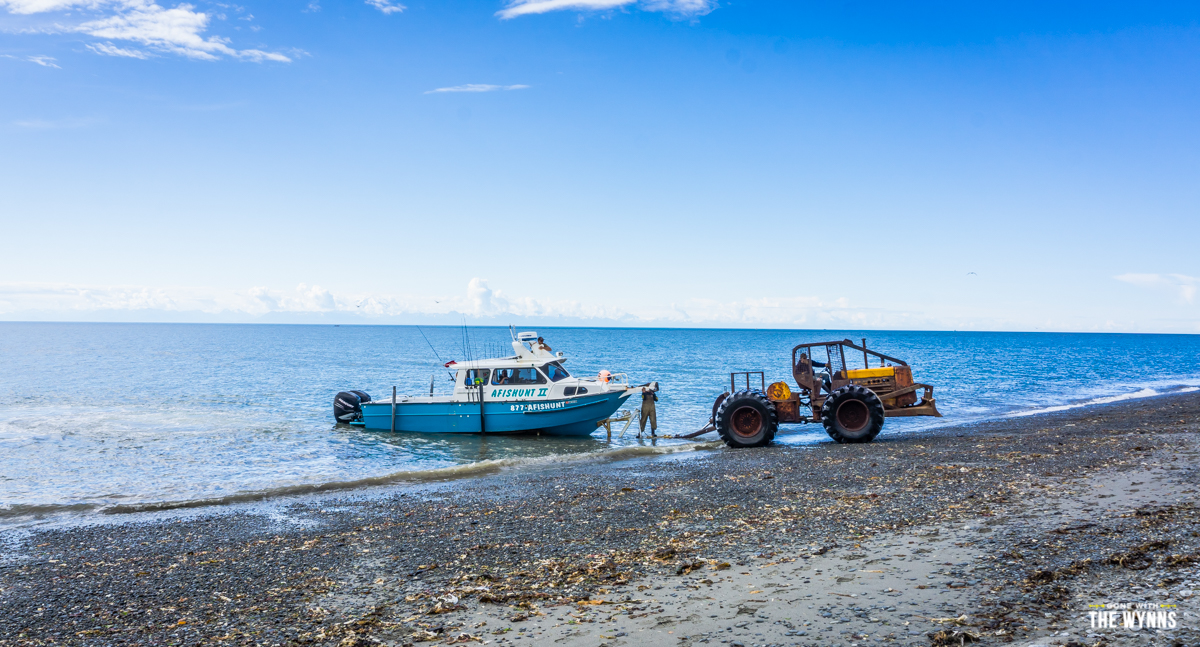 We arrived a few days before the big local music festival known as SalmonFest (formerly SalmonStock).  We didn’t join in on the festival because, at the moment, we were coming down from our epic Seward adventure highs and we kinda blew our budget there. We were content hitting the water for some paddle boarding, sitting on the beach with friends and watching the sun set on the volcanic range across the water. 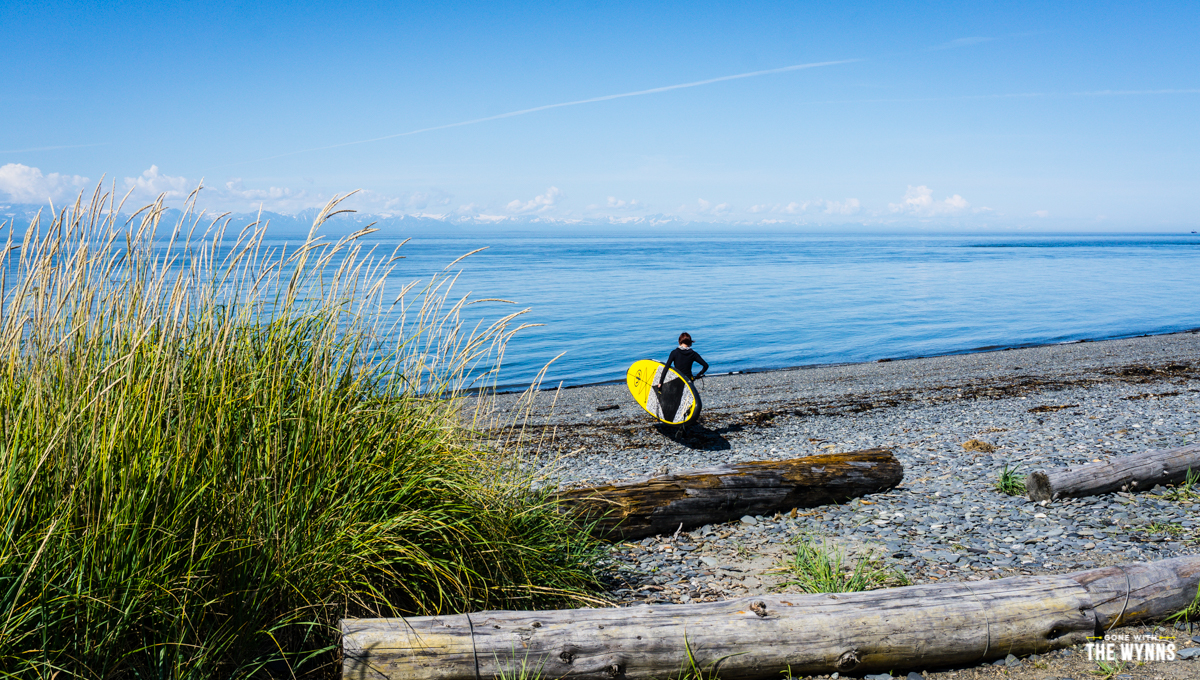 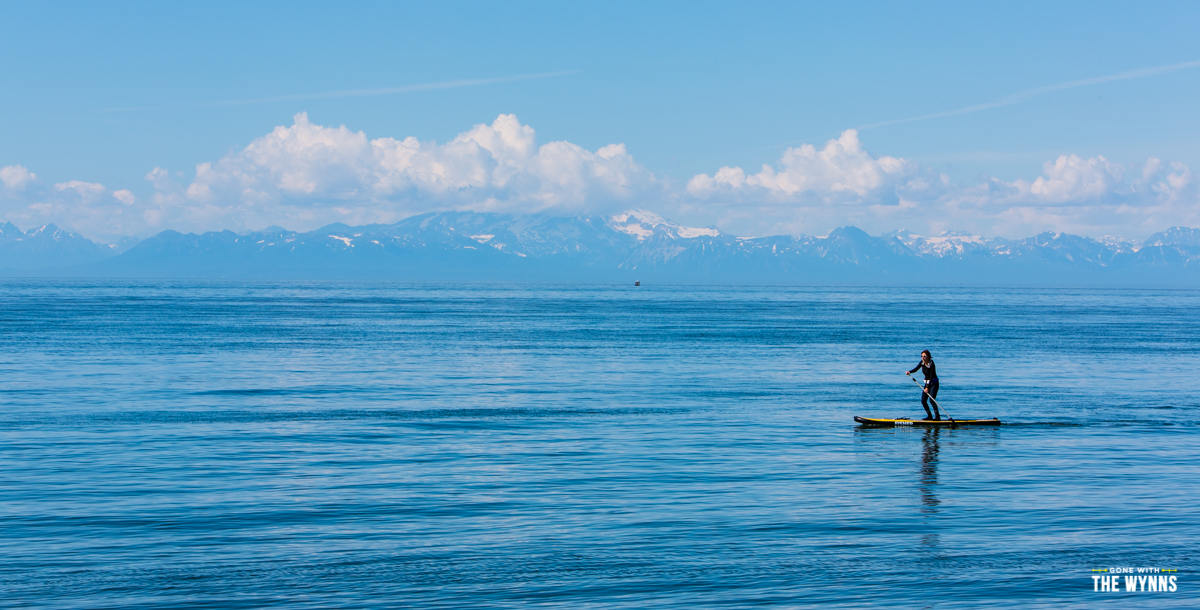 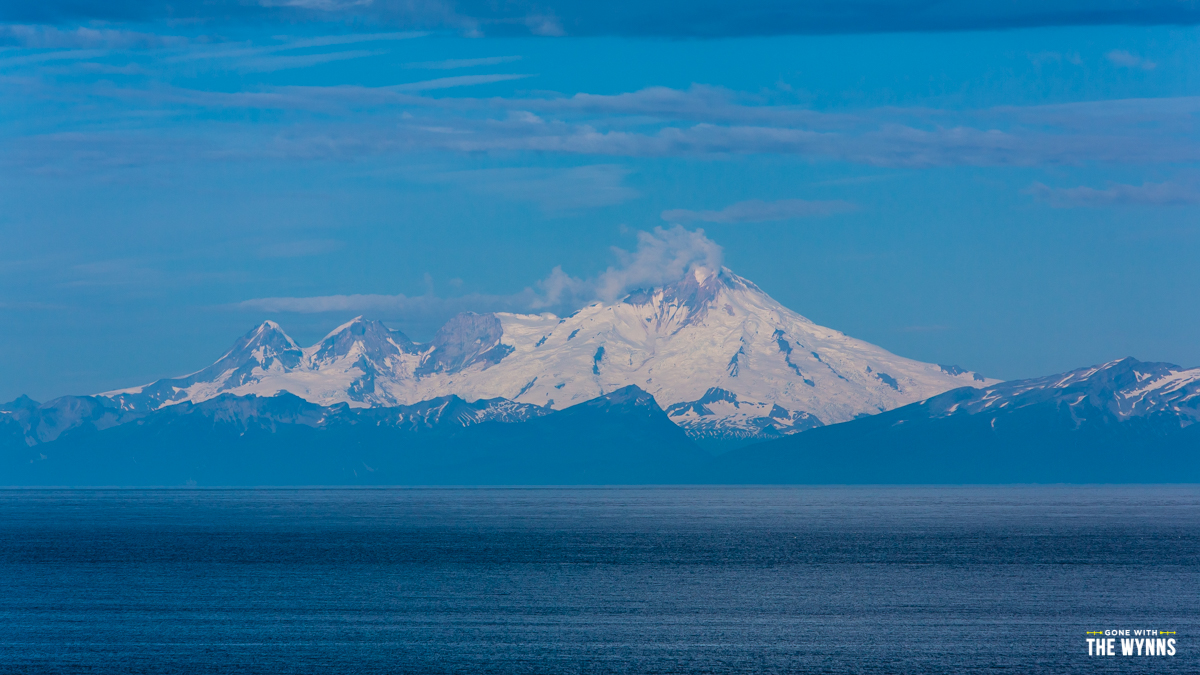 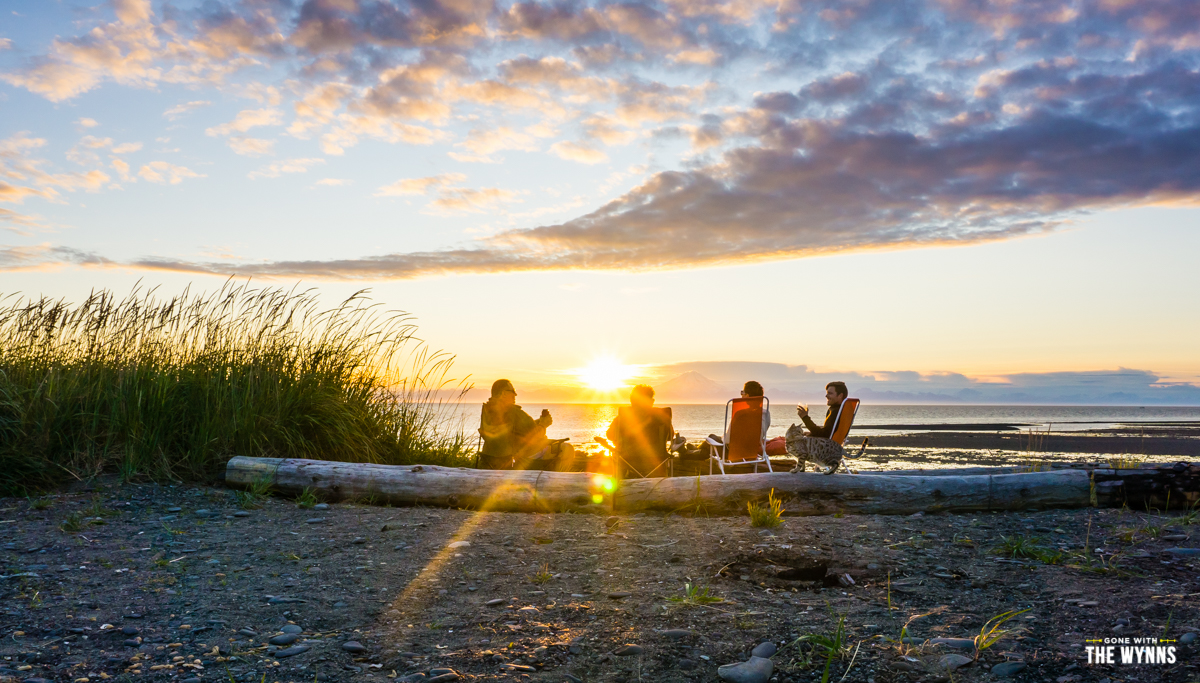 It was a nightly performance of the sun melting into Mount Redoubt and Mount Iliamna while the sky bursts into a canvas of color not even Monet would attempt to compete with.  Every night seemed to be impossibly better than the last while the moon rise kept us up to the wee hours of the morning. 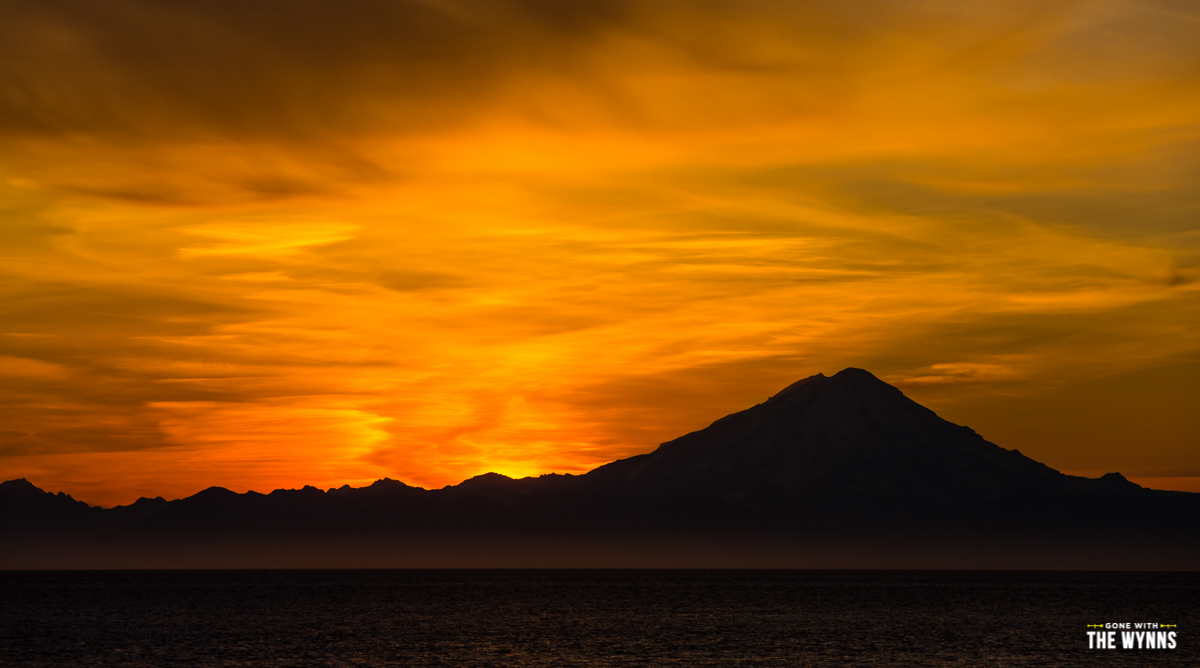 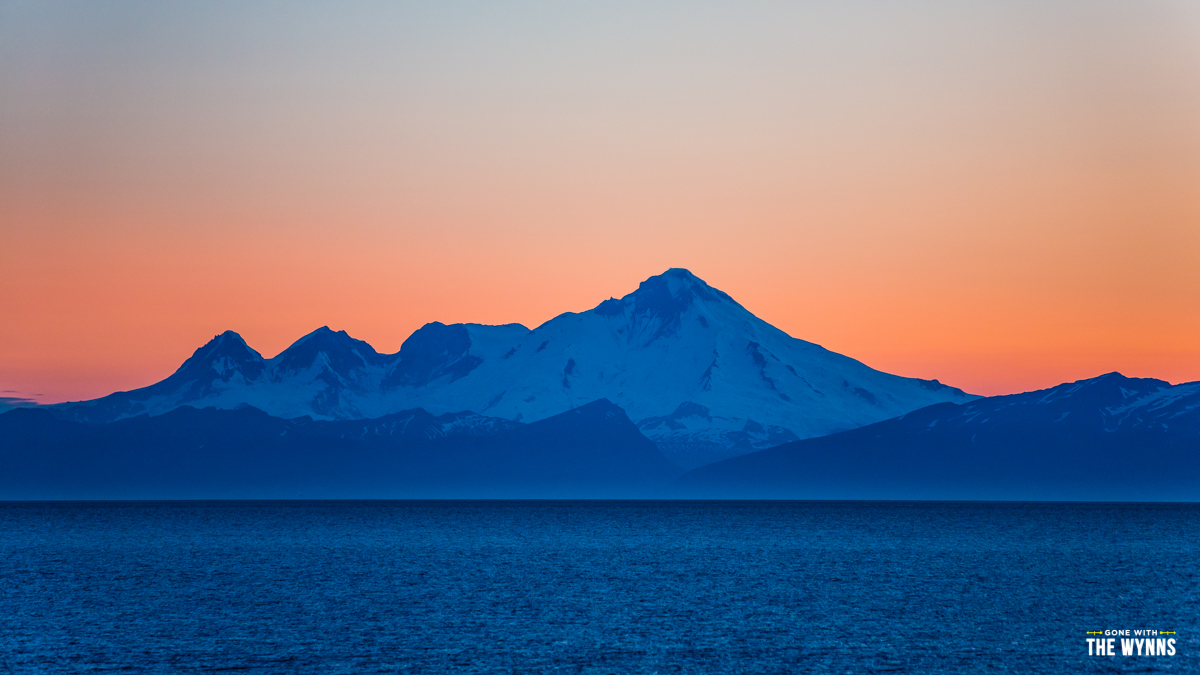 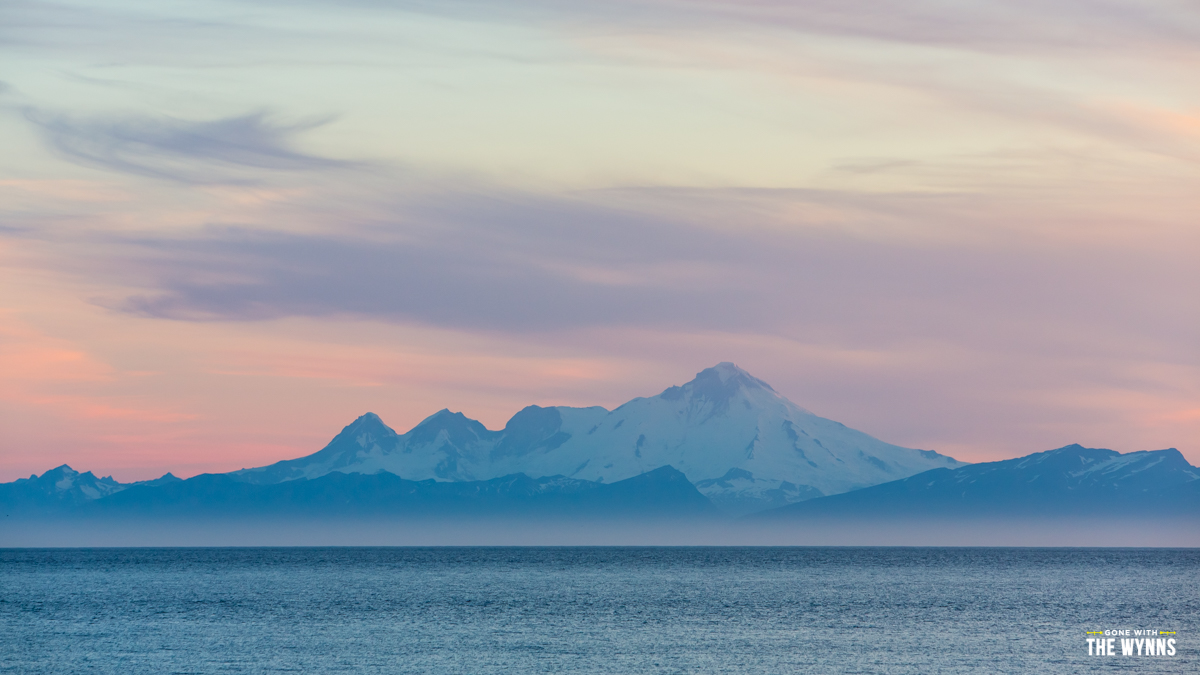 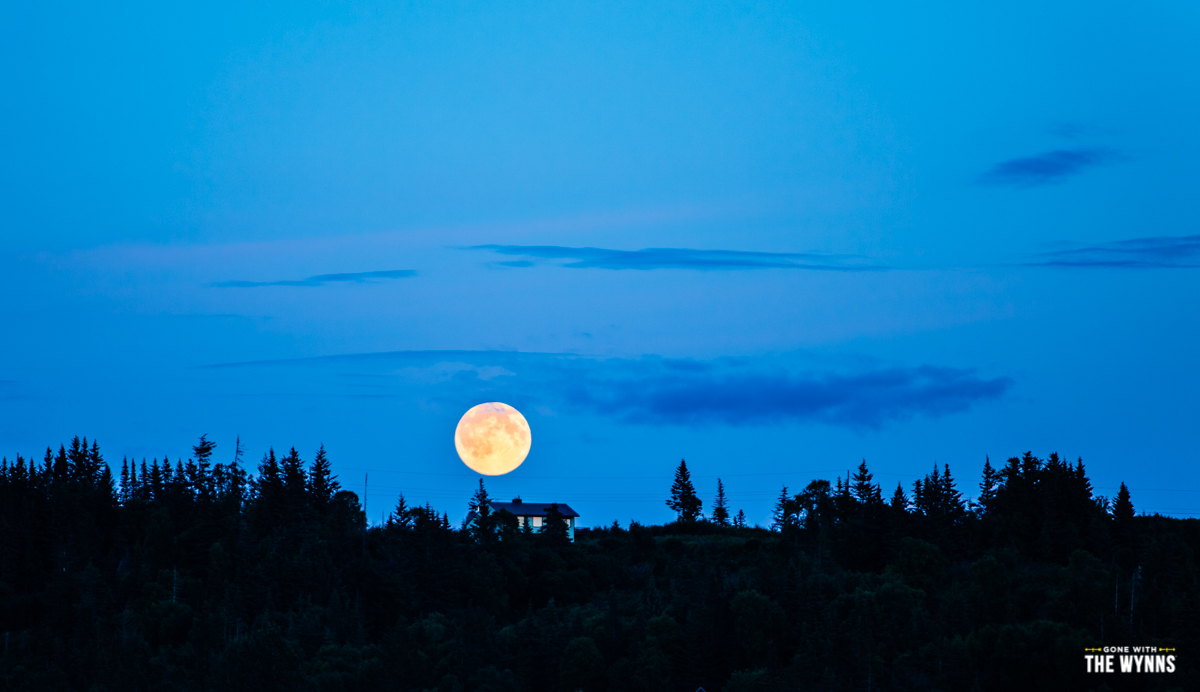 We only spent one day in Homer which for those of you that love this little spit, I am sure you’re gasping with disapproval.  It is a charming and colorful small town that seems to be the Florida Keys of Alaska. It’s lovely with its panorama of mountains, white peaks and of course the famous Homer Spit (a long strip of land that stretches into the big blue bay) but it’s also touristy and crowded.  We grabbed some coffee and a tasty pastry at Coal Town, walked the spit up and down and had a beer at the Salty Dawg Saloon (much like No Name Pub in the Keys but without a house beer on tap)…in the end we decided we enjoyed Old Towne the most. 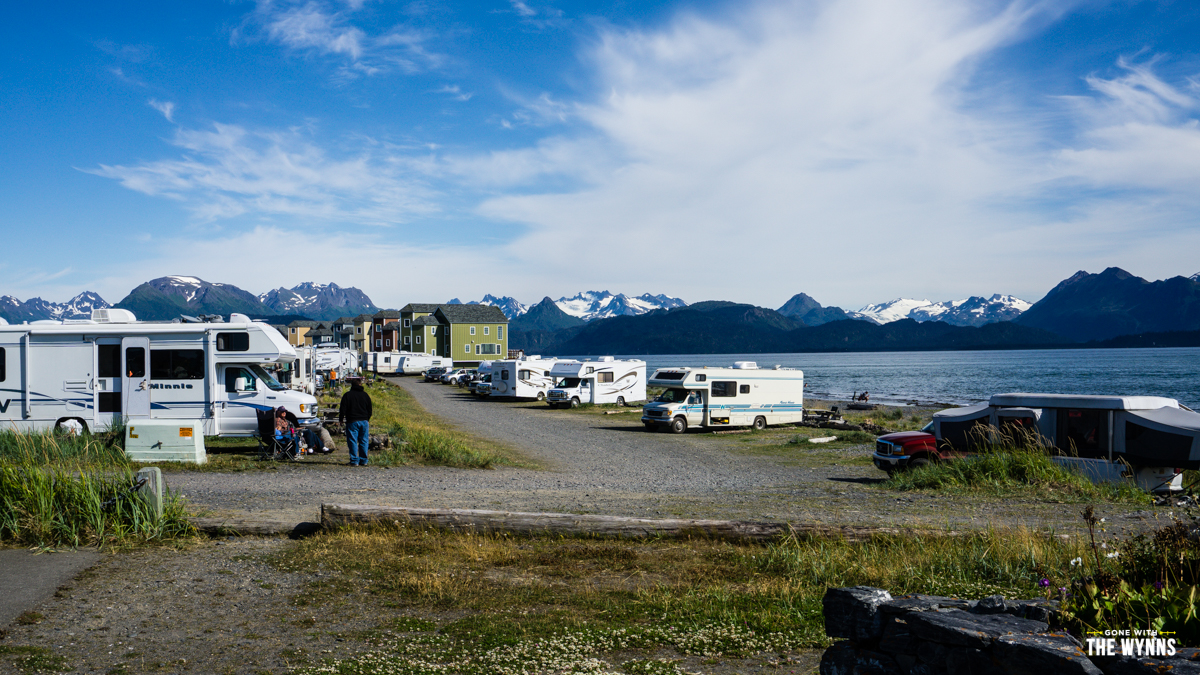 We took a day trip to the town of Kenai and Captain Cook State Recreation Area with our friends Eric & Janette. Other than a good Moose encounter and a very tasty flight at Kassik’s Kenai Brewing it was a fairly uneventful trip. While the scenery was lovely, and the Kenai river was full of salmon, it kinda seemed like more of the same…it could also be we were looking for any excuse not to leave our beach front camping in Ninilchik. 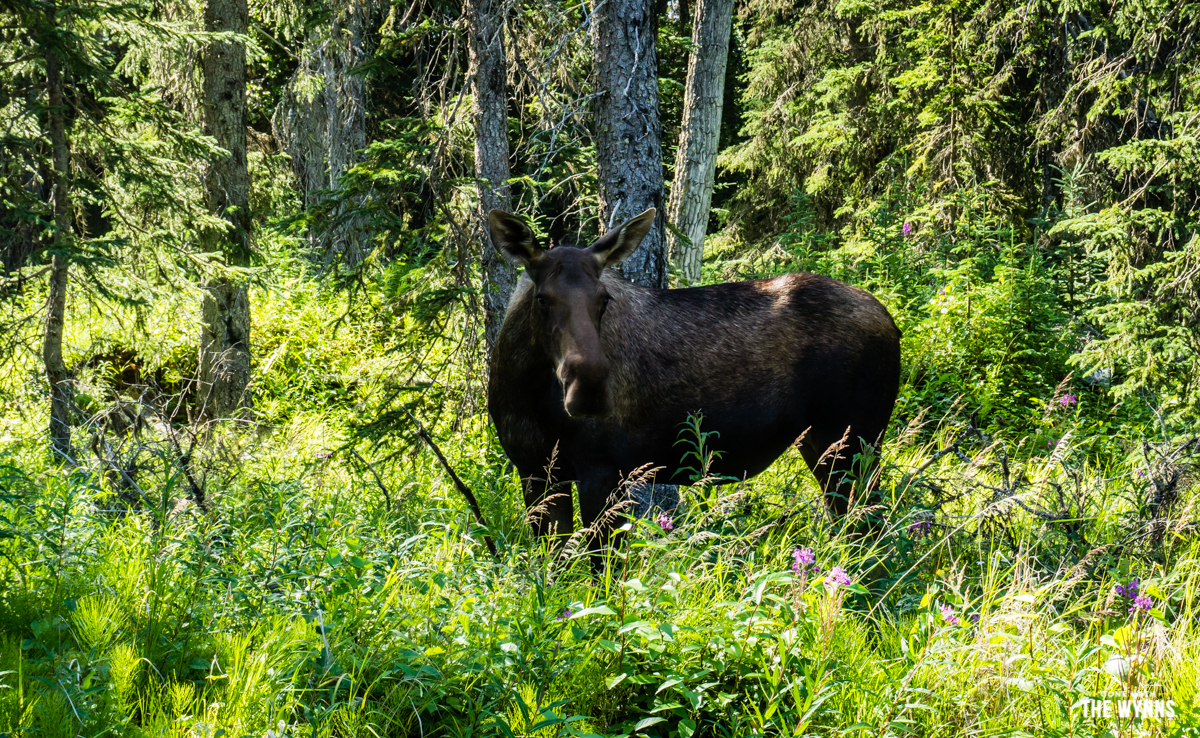 You’ll drive through Soldotna coming and going to the west coast of the Kenai and it’s the best spot to fill up with fuel and stock up on groceries.  The Fred Meyer welcomes RVers to stay overnight but this place is packed and they only allow RVs in a certain area, so don’t expect to stay here unless you arrive early!  If you’re lucky and score a spot at the Freddie’s like we did then make sure to walk next door to St Elias Brewery.  The pizza looked awesome but we just dove in on the tasty brews and ridiculous dessert.  Hooray to good beer…and to walking home 🙂 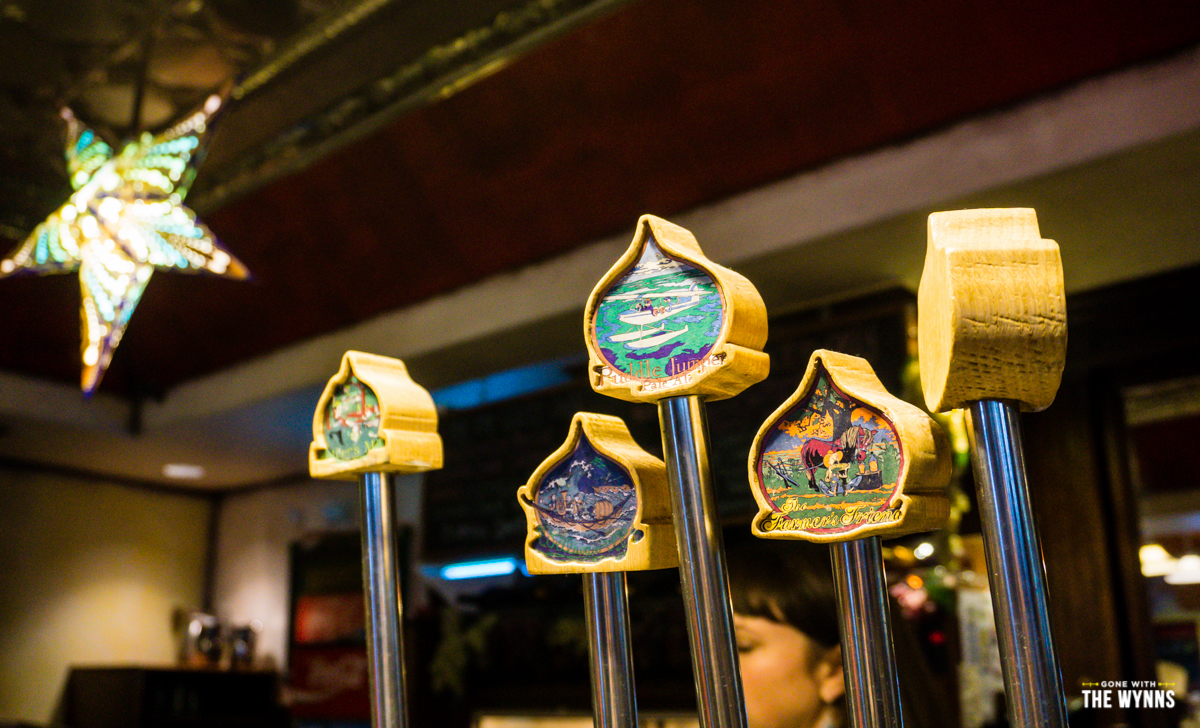 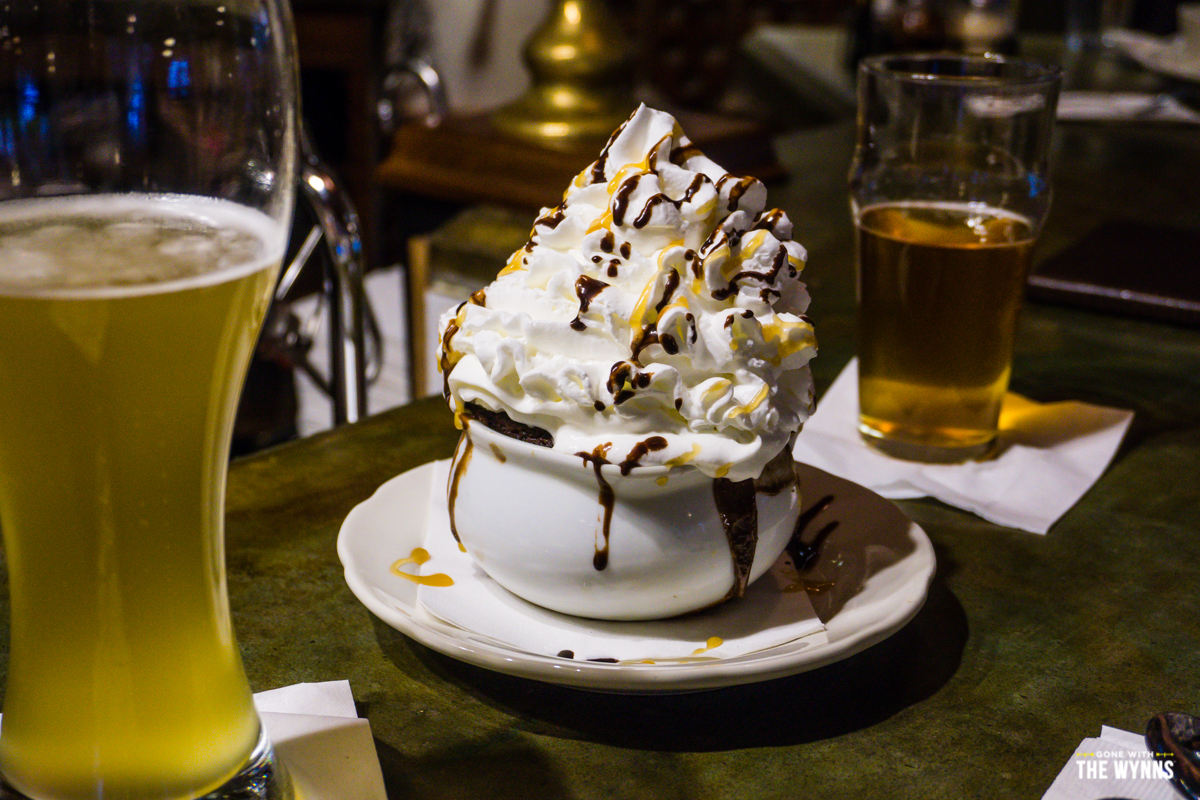 All in all, we loved every bit of the Kenai, but it was here in Ninilchik, on the west coast of the Peninsula when we realized we were in deep with Alaska…the kind of deep where there is no turning back.  This isn’t a place you come to, check it off your list and move on, it’s the kinda place you long to come back to sooner rather than later.

Have you been to the Kenai Peninsula? What was your favorite town or adventure? Have a question about your upcoming road trip? Tell us all about it in the comments below!

Fuel Prices – In general the least expensive fuel is found in Anchorage so make sure to fuel up before you hit the Kenai Peninsula. Here on the west coast of the Kenai we found the fuel in Soldotna to be the lease expensive.
Road Conditions – The Sterling Highway is well maintained and was in great shape.
Weather – Highs in the 70’s with lows in the upper 40’s.  We had beautiful sunny weather during our entire stay.
Dates Visited – July 28 – August 4

See all our Alaska Travels and Tips here: #AlaskaBound