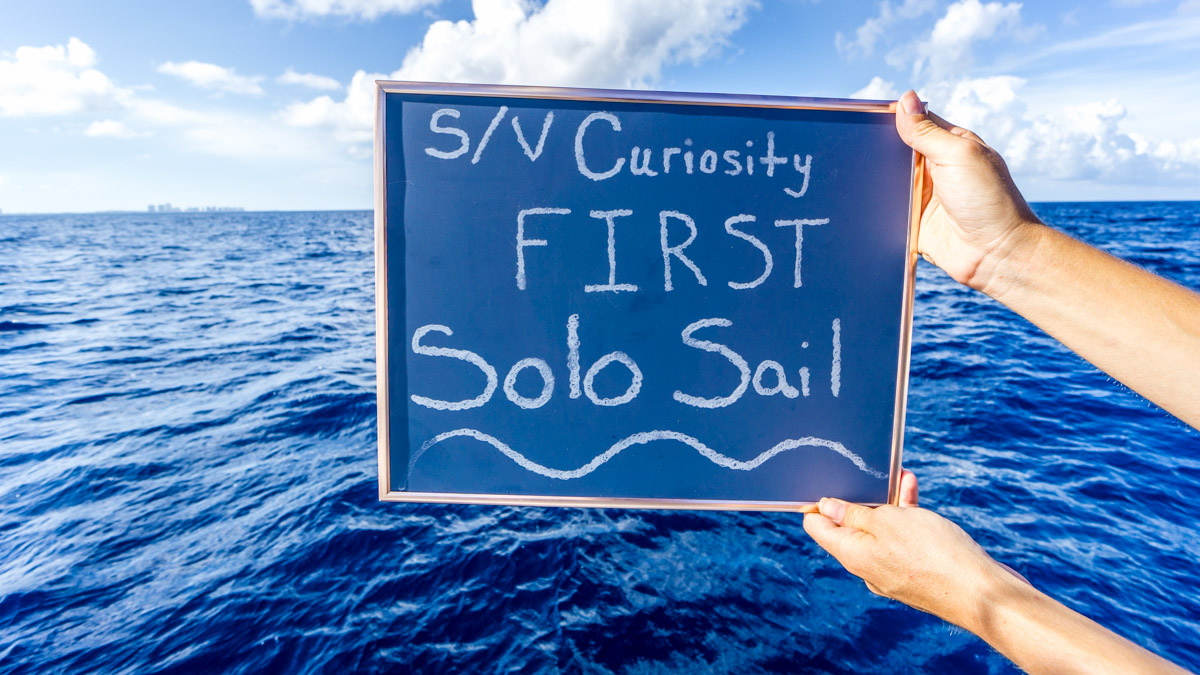 It takes approximately five months to go from knowing very little about sailing to living aboard and solo sailing.  At least that is how long it has taken us.  In fact, I am writing this as we’re sailing south along the Florida coast.  I suppose if you didn’t have to work, had oodles of money or were super dedicated, you could do it even faster. 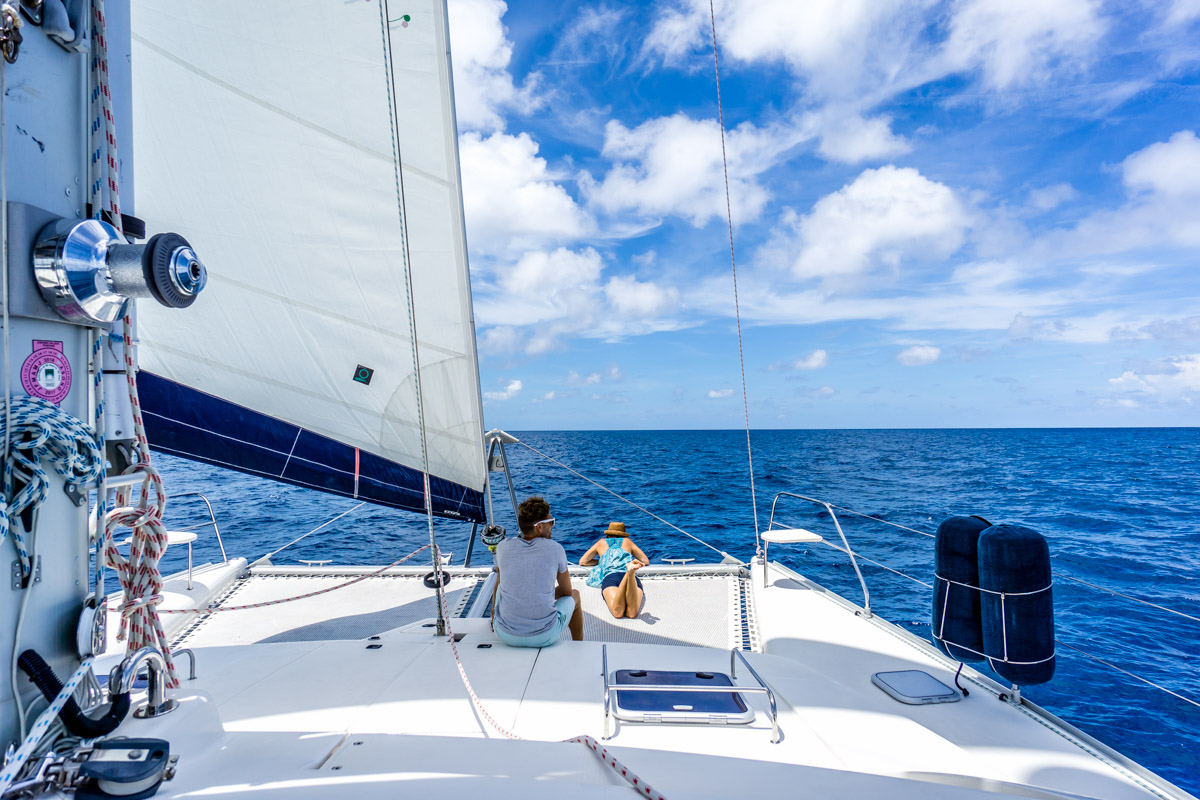 Late in December 2015 we announced that we were going to make the switch from land to sea.  At the time we had traveled over five consecutive years across the USA and Canada in various RV’s.  We weren’t strangers to living on the go or living in our mode of transportation.

We’re also used to people having varied responses to our different lifestyle choices.  Full time travel, regardless of the mode of transportation, isn’t everyone’s idea of the dream lifestyle.

So, when we announced that we were going to buy and move onto a sailboat, we were honest about our inexperience and our expectations.  We like to think of ourselves as optimistic realists.  We sometimes have lofty goals but we approach them with a bit of sensibility.

However, our optimistic approach to big adventures isn’t always met with encouragement.  Fear, sadly rules a lot of people’s decisions and reactions.  Other times, it’s a simple case of what floats one’s boat, might not float another’s.

I think we all deal with this on one level or another.  Maybe a co-worker shot down your big idea during a meeting or your sister told you everyone would make fun of you if you wore that green and pink polka dot hat in public (she was wrong, people loved it).

We’ve got a lot of people rooting for us to succeed too (big love).  Most likely, if you’re reading this, you are one of them (and you probably have a lofty goal of your own).  But, all the positivity doesn’t make swallowing the occasional horse pill full of disbelief and negativity any more fun.  Especially if it’s someone you care about that is handing you that pill.  Marry Poppin’s was correct when she said “a spoon full of sugar helps the medicine go down”.  Accept the horse pill and swallow it with a spoonful of positivity.  Focus on the good, or at least that’s what we try to do.

If you are crazy like us and perhaps have a big, bold awesome idea to do something out of the ordinary…don’t let the naysayers talk you out of it!

We focus on the constructive criticism, tips and general “you got this” and try to let that drown out the latter.  It’s what generally works for us.  As for me personally…I can sometimes have a, don’t tell me I can’t do something, I’ll show you attitudes.  So, on that note I am super thrilled to share part one of OUR FIRST SOLO SAILING ADVNETURE!

That’s right, after the months of intense shopping, buying, moving, fixing and learning…we are finally sailing all on our own. And it feels oh so goooood!

I hope you are smiling right now because I am!  You know what’s really crazy?  This is only the beginning.

It’s wild to think of all the amazing things we’ve seen and done on land by way of RV.  Here is a photo from exactly one year ago, we were ice climbing in Alaska (If you haven’t been to Alaska, we highly recomend it). 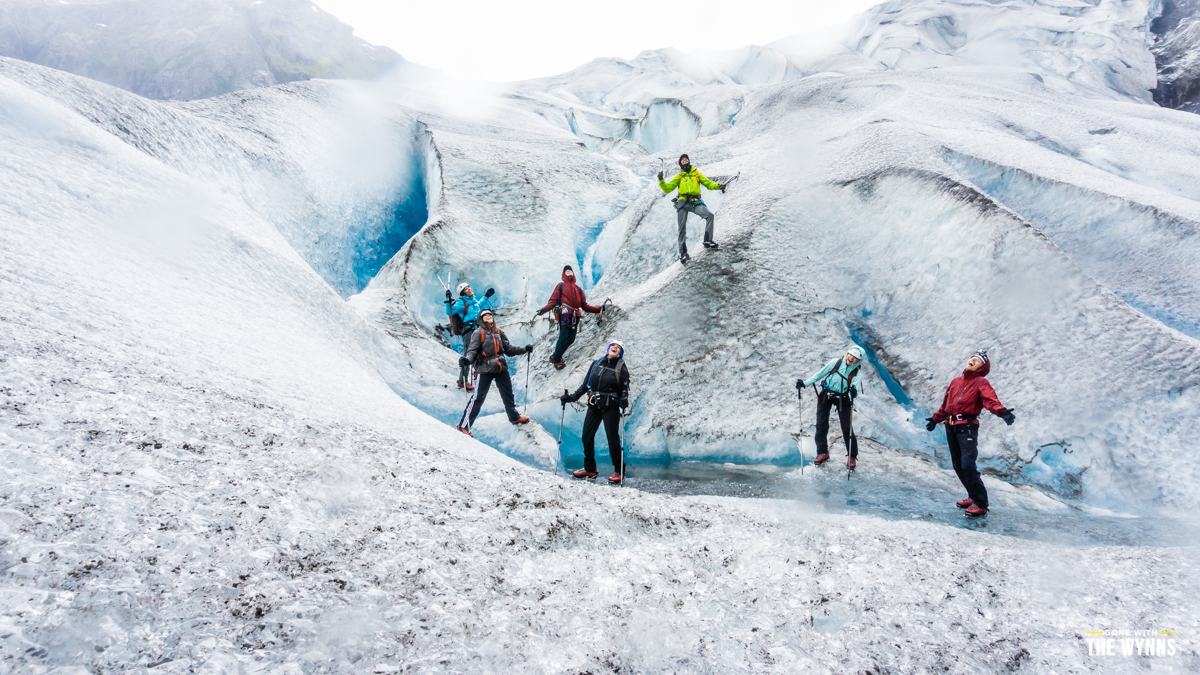 Now to imagine all the adventures that lie ahead.  Opportunities are endless in this world! If I could sign up for another 5 lifetimes right now I would, because there’s absolutely no way we can see and do it all in just one lifetime. 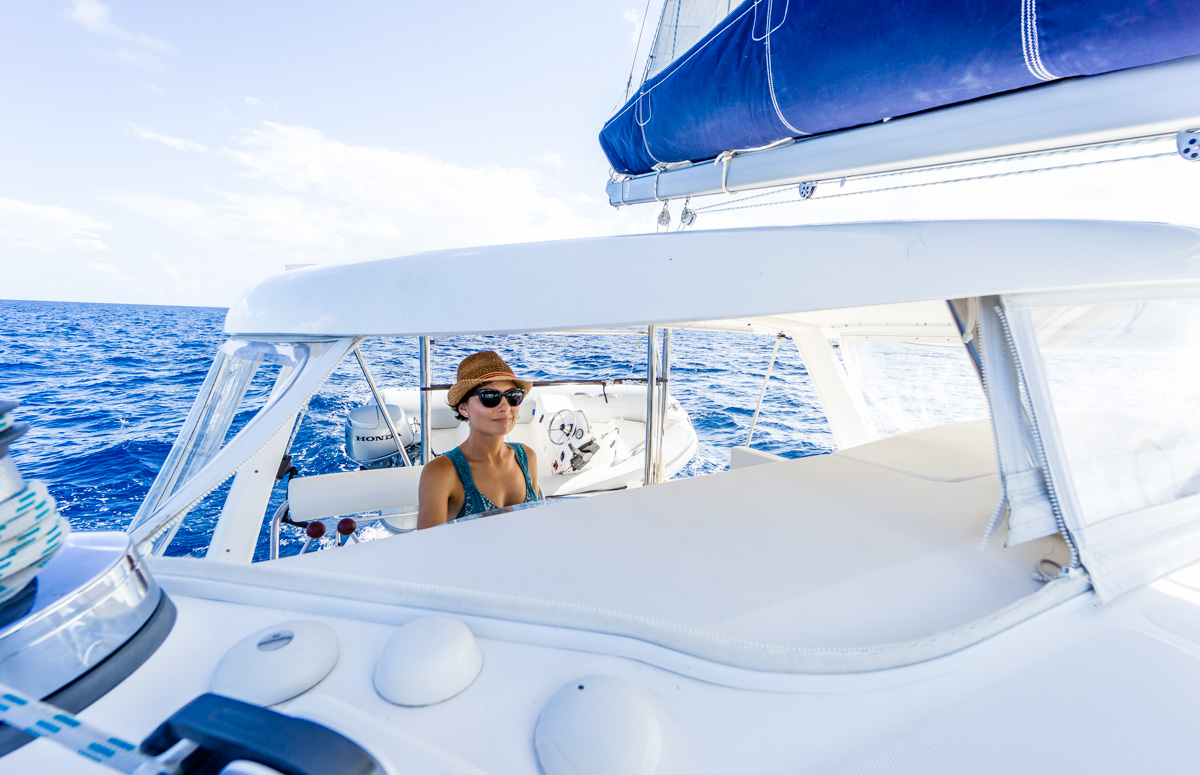 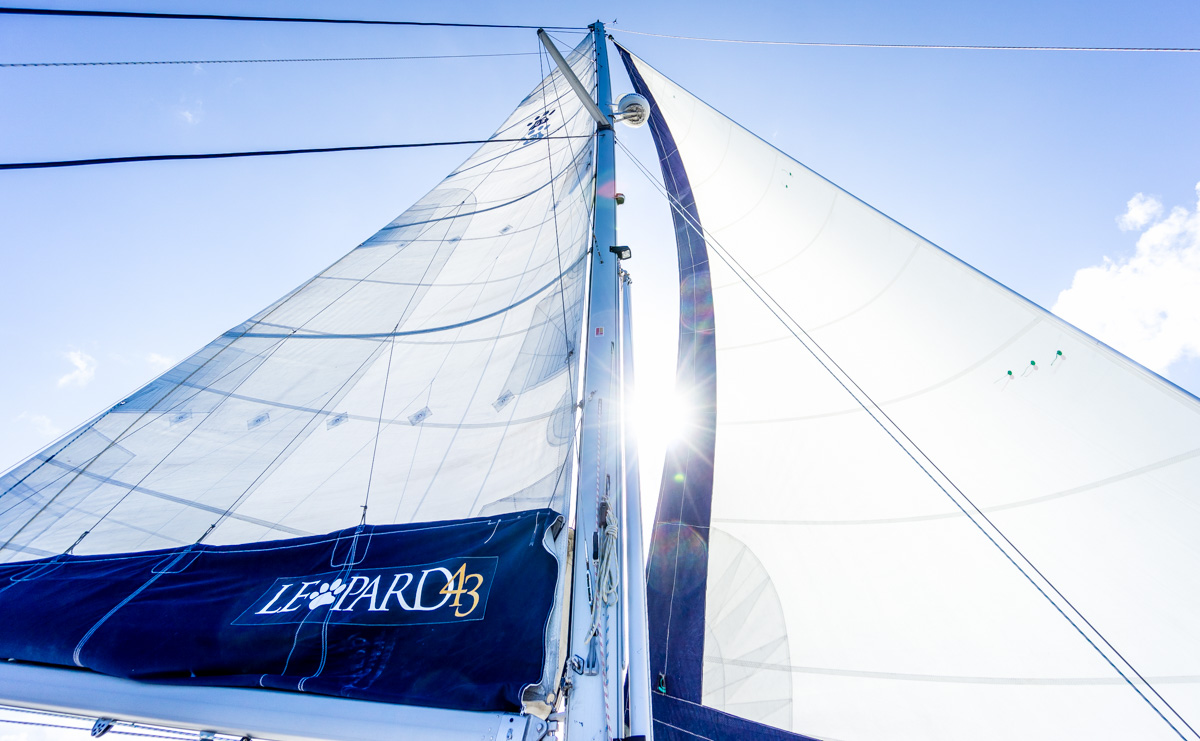 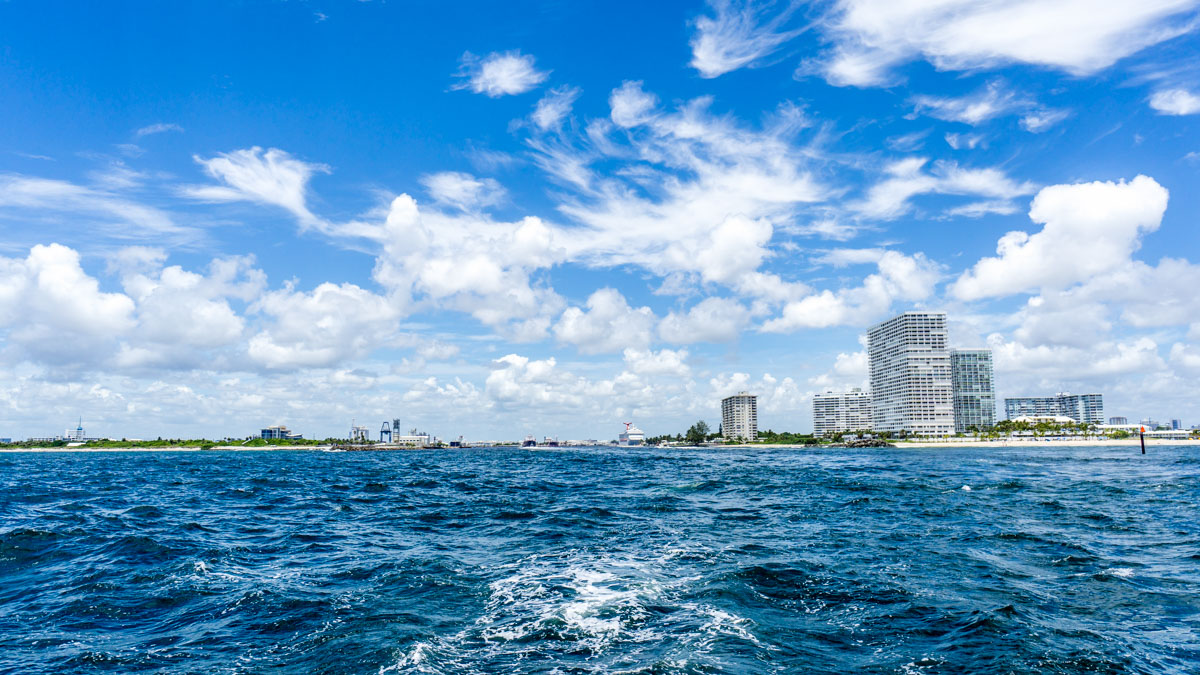 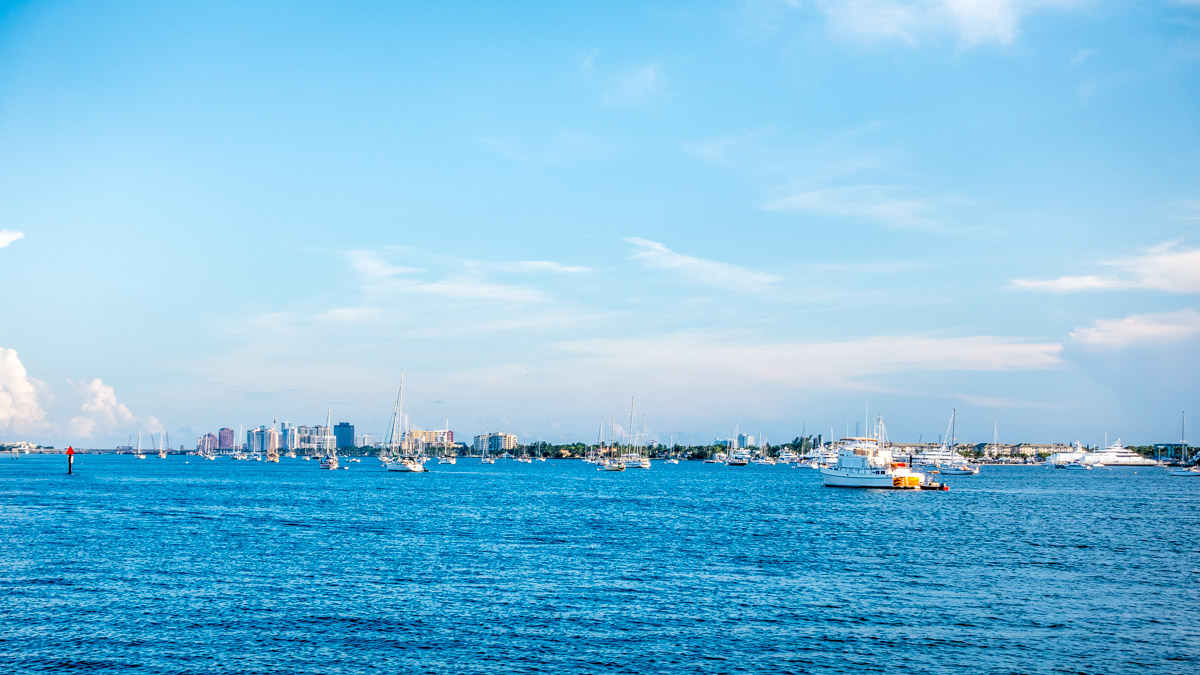 Thanks so much for joining us and being a part of this new leg of the journey.  Sharing the adventure with you makes it all so much more exciting for us.

Speaking of sharing the adventure…this is your official heads up that after the first of the year we will be posting crew opportunities.  S/V Curiosity is capable of carrying four other crew members and we intend to keep her full of adventurous soles!

And speaking of crew, we have to give a big shout out and thanks to all our Patreons.  You guys help make sharing the adventure possible…and you better believe you’ll get the first head’s up on crew opportunities.

Our current furry crew members are a little lazy. 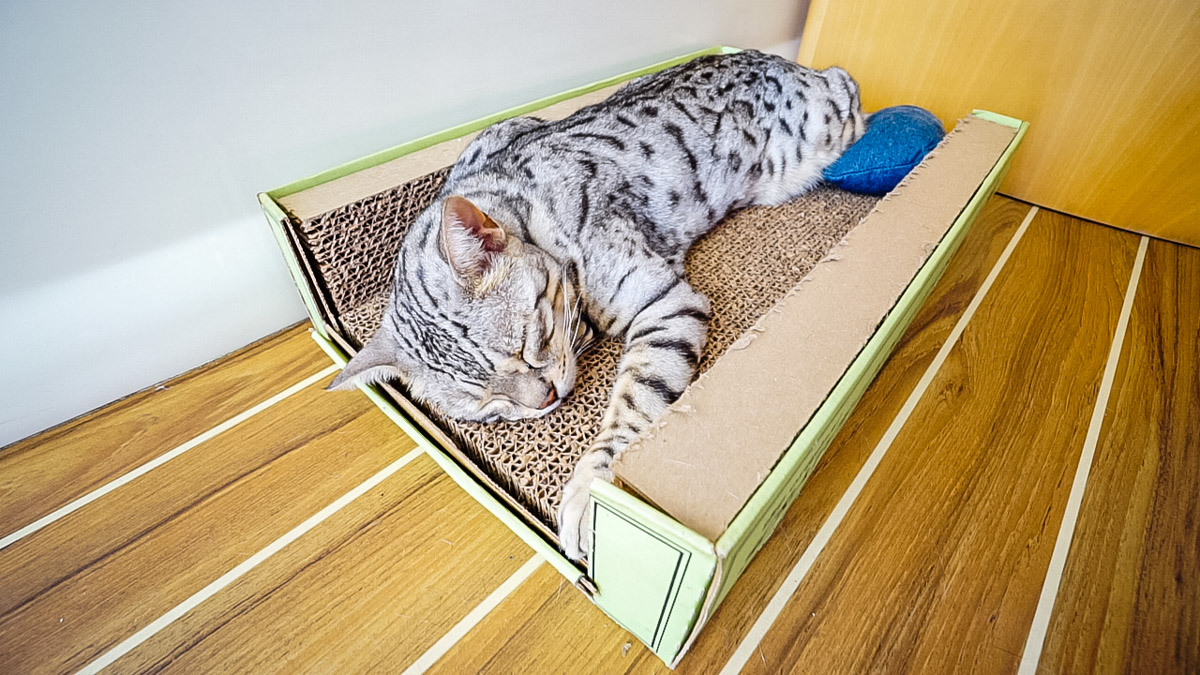 Extras you may have noticed:

Equipment used to film this video: 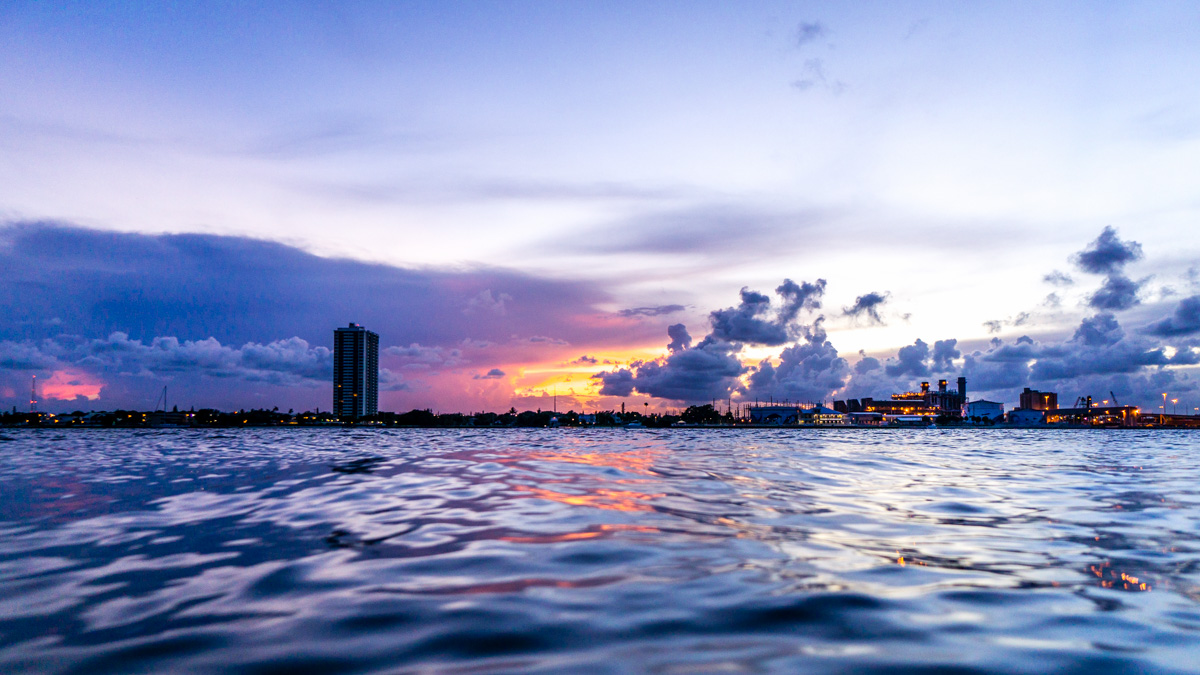