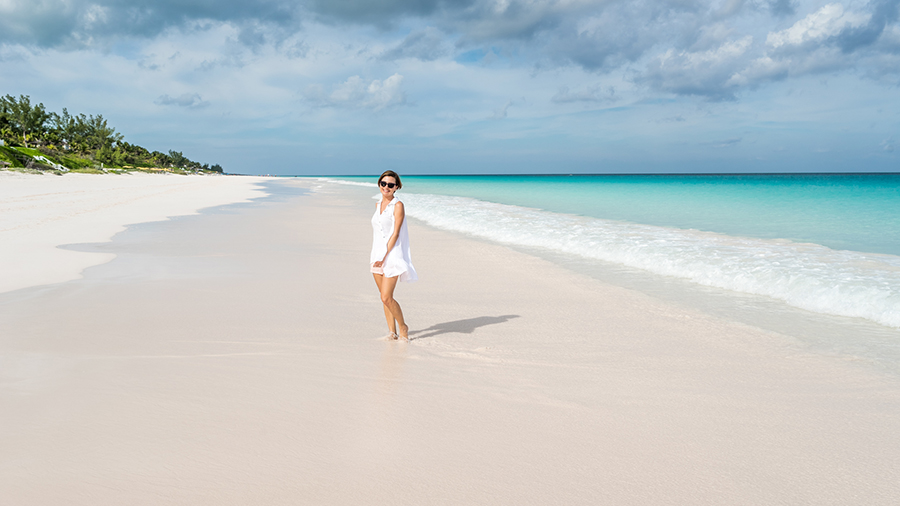 I’ve had some fantastic birthdays over the years but, the idea of sitting on soft pink sands while looking out over turquoise waters sounded too good to pass up!

Harbour Island is posh to say the least and touted as the Bahamian playground for the rich and famous.   It’s certainly not a big island at only three and a quarter miles long and a half mile wide (at the widest point).  And, while we didn’t have any Hollywood encounters (their birthday party invitations must have gotten lost in the mail) we did spend a fair amount of time on the most famous beach in the Bahamas.

Not a bad way to celebrate living another year, right?!  As I think back on the last year or thirty-five of my life, it’s hard to believe it’s been mine.  I was always a big day dreamer growing up but I never once envisioned my life as it is today.

Many of my friends grew up to be exactly what they said they would be in third grade…nurses, farmers, lawyers, and teachers. I know, because I graduated high school with almost the same exact class. 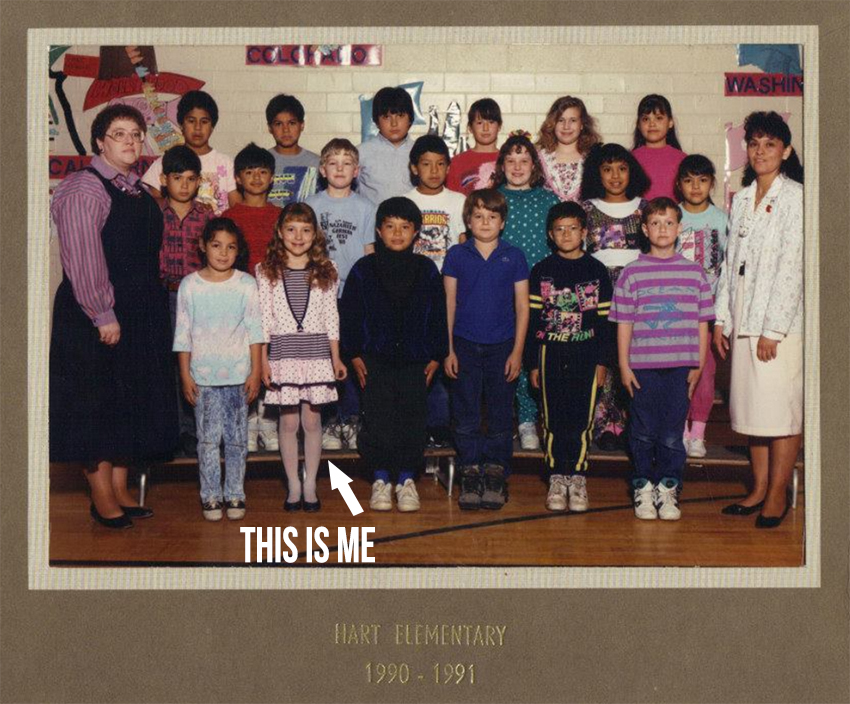 I grew up in the tiny, land locked farming community of Hart, Texas. It felt even smaller growing up than it really was (population 1,121).  I was raised by my grandmother who drove us to the post office on the lawnmower and flooded the flower bed so I could pick out the worms for fun (she was awesome).  Traveling around the country, much less sailing around the world wasn’t something I ever dreamed I would do.   Yet, here I am celebrating my birthday in the out islands of the Bahamas as I live on a sailboat!

Life is a series of choices and mine…one by one, have lead me here.  There are many days I take a look around and think wow, how amazing my life is!  I plan on living to at least 100 which means I still have a lot of life left to live.  I may not have had big, wild, take on the world dreams when I was in third grade, but that’s only because I didn’t know how big the world was then.

So, in the spirit of big dreams and celebrating life…my wish is to sail across an ocean before my next birthday.  And, if you are in the giving mood, I would love to hear what your big wish is!

If you are looking for the recipe for my big chewy chocolate chip oatmeal cookies, you’ll find it here: gonewiththewynns.com/chewy-chocolate-chip-oatmeal-cookies

Harbour Island is the island and Dunmore Town is the town on the Island (it can get a little confusing).  Dunmore Town is one of the oldest settlements of the Bahamas and was named after lord Dunmore, who was governor from 1786 to 1797.

The town is bustling and it’s one of the busiest places we’ve been aside from Nassau. Tourists and locals alike zoom around on golf carts (main mode of transportation) from sun up to sun down.  Hustle and bustle aside, it’s certainly has its charms. 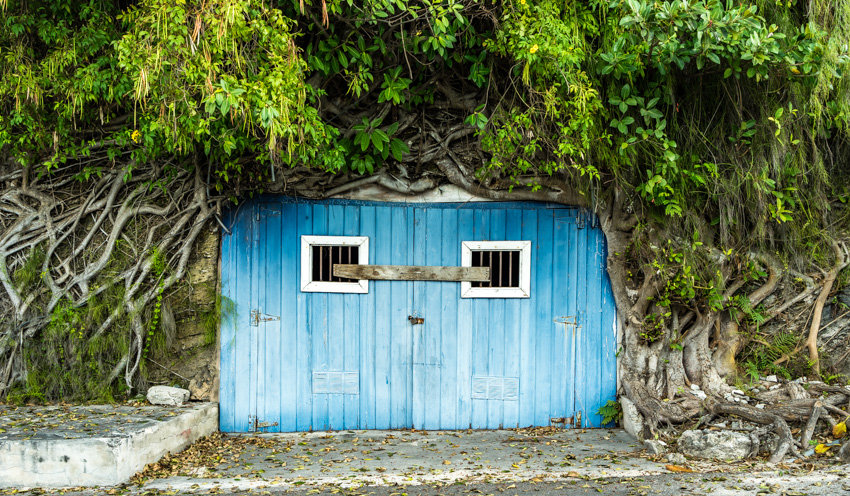 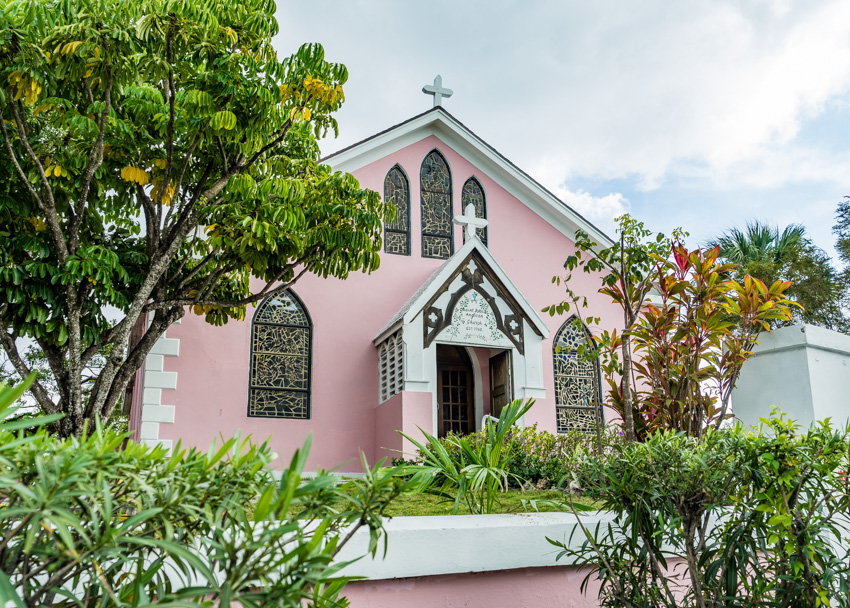 The eastern shore of the Island is where the famous two and a half mile stretch of pink sand beach lies.  The foraminifera are the microscopic organisms that have the pink shells that turn the otherwise white beaches pink (albeit a very pale pink, but pink none the less). 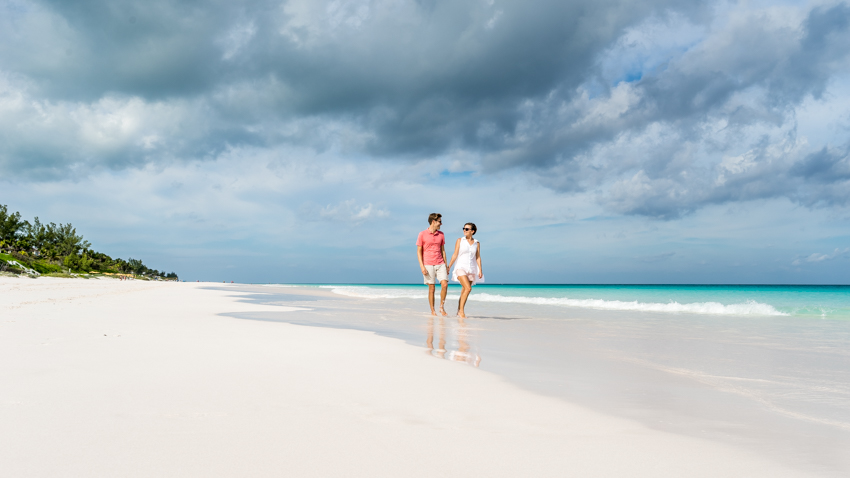 While the woman at the tourism office was incredibly nice, she didn’t seem to know much about the town. She knew to circle a few spots on the map but not always sure why she was sending us there.  One of those places was the Haunted House which looked as though it was once a beautiful building.  A google search later…it’s local lore that a young newlywed couple moved into the home after their wedding.  Shortly after had a terrible argument, both left the house upset and never returned. One day some kids said they had seen two figures in white floating about the house and that’s where the haunted part comes in.  Not very haunting.  But, we gladly took advantage of the party set up. 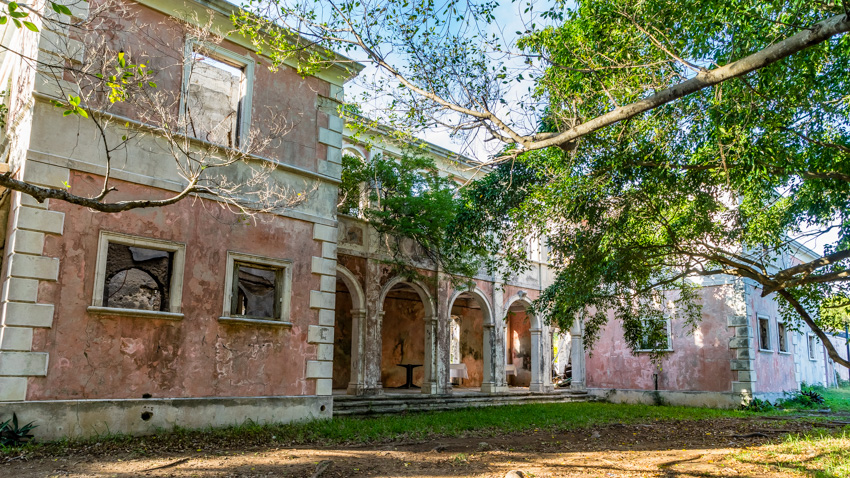 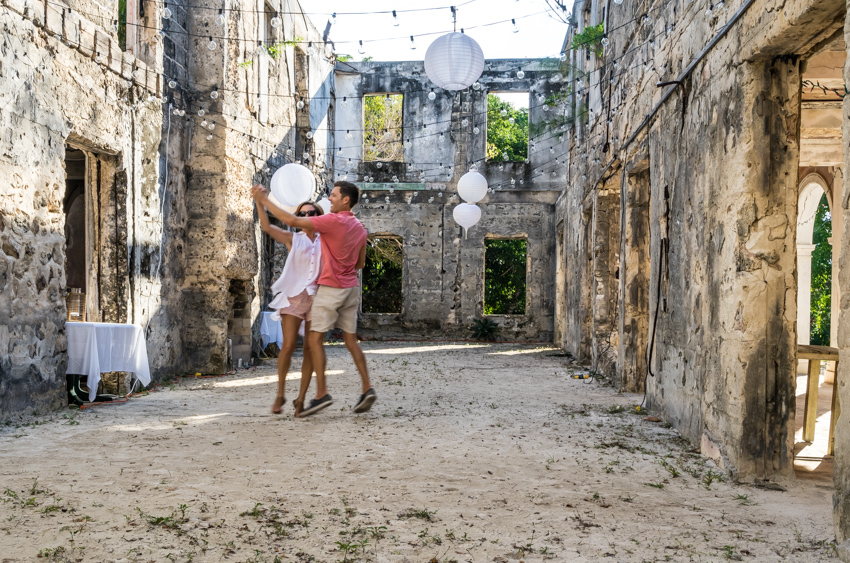 The Lone Tree we later discovered is unique because it’s a large piece of driftwood that stuck in the sand during hurricane Andrew in 1992.  Talk about sticking the landing…perfect 10!  Again the tourism lady said “go anytime, it’s beautiful.” Apparently if you go at low tide you can walk out to the tree and capture some striking images of the tree rising out of the sand without water, images we’ve seen are almost desert like! 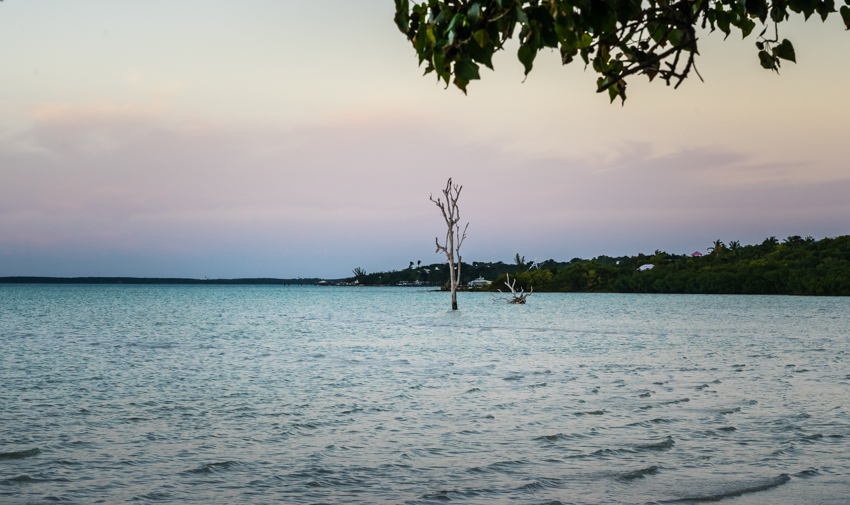 This is by far the most expensive pricing we’ve seen in the Bahamas. Eating out in this town on a budget is a serious challenge. Even seemingly simple shacks were pricey in comparison to other islands.  We felt like at least with the sushi, it seemed like somewhat typical sushi restaurant pricing.  The bubbly wasn’t horribly expensive either. The coffee shop pizza night was our saving grace for not blowing the budget and leaving a little left over for desert (which we spent on pastries and coffee the next morning). 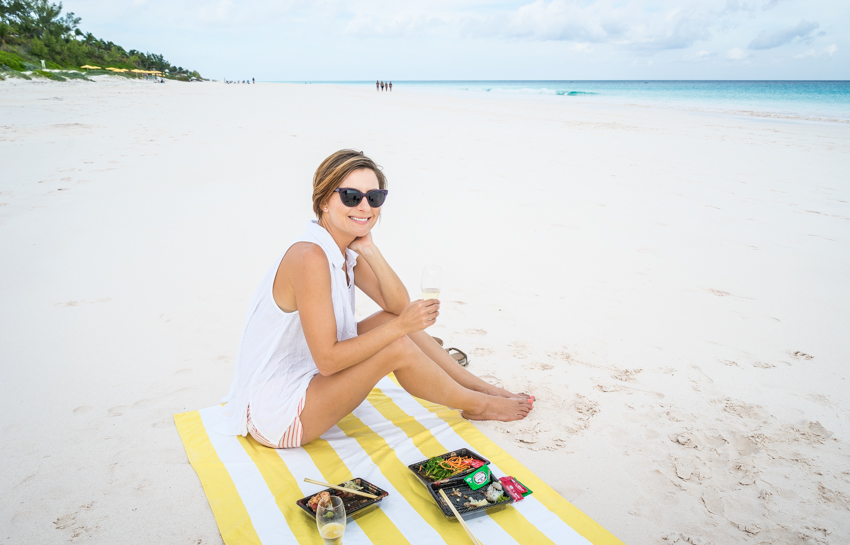 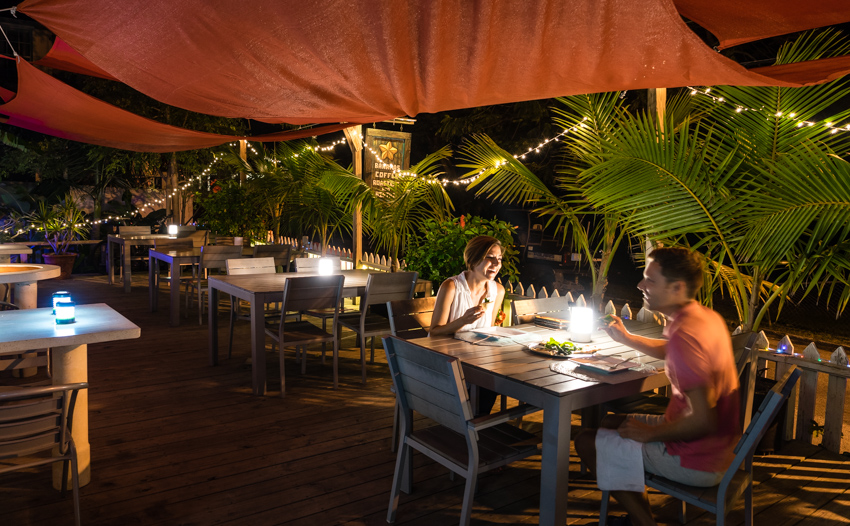 Our Anchorage at Fort Point was excellent for being close to town but the water taxis do go back and forth between Dunmore Town, Eleuthera Island (for the airport) and Spanish Wells from sunrise to sunset.  Be prepared for a little wake action from the taxis and locals buzzing around on little boats much of the day.  We tied up our dinghy each time at the fisherman’s dock as advised by the fisherman themselves. They were always happy to share their space with us and said we wouldn’t want to contend with the traffic and taxis at the government dock.  We agreed! 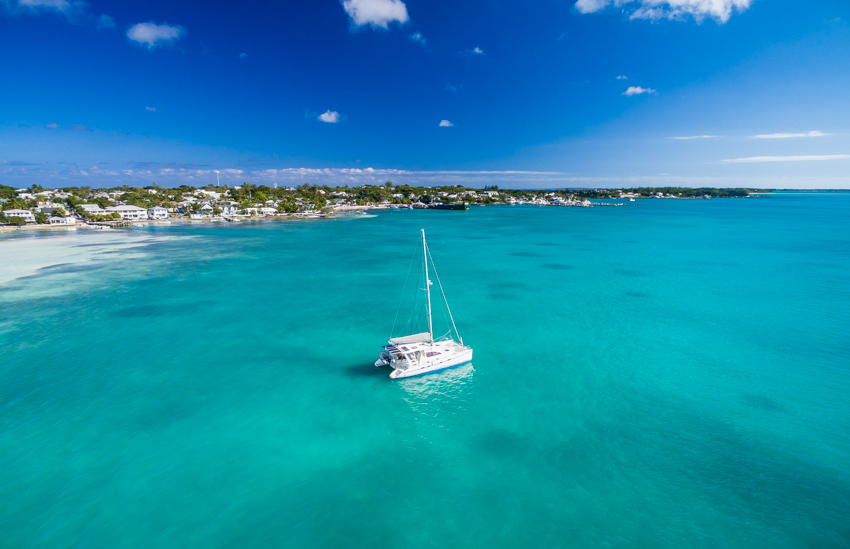 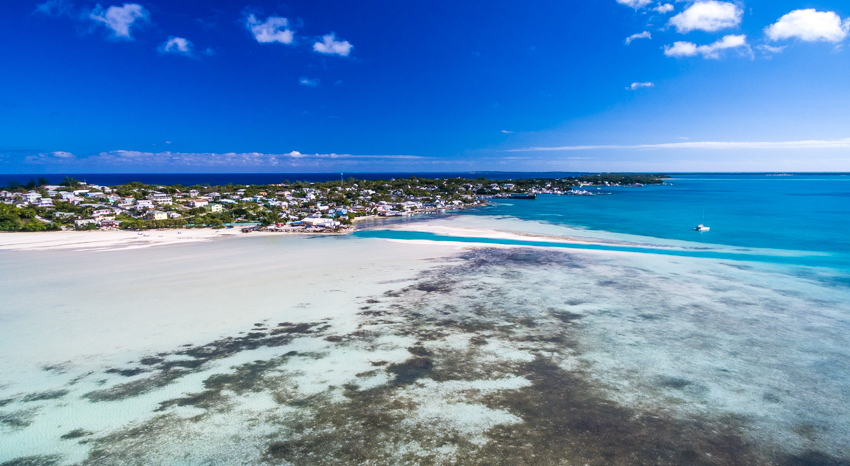 And last, but certainly not least…Thank you for all the birthday wishes!  I was flooded with warm wishes on my birthday (January 27th) and on our last post as we were sailing to Eleuthera for my birthday.  I am one lucky girl to have so many friends around the world sending love all at one time.  Big love and thanks to all of you! 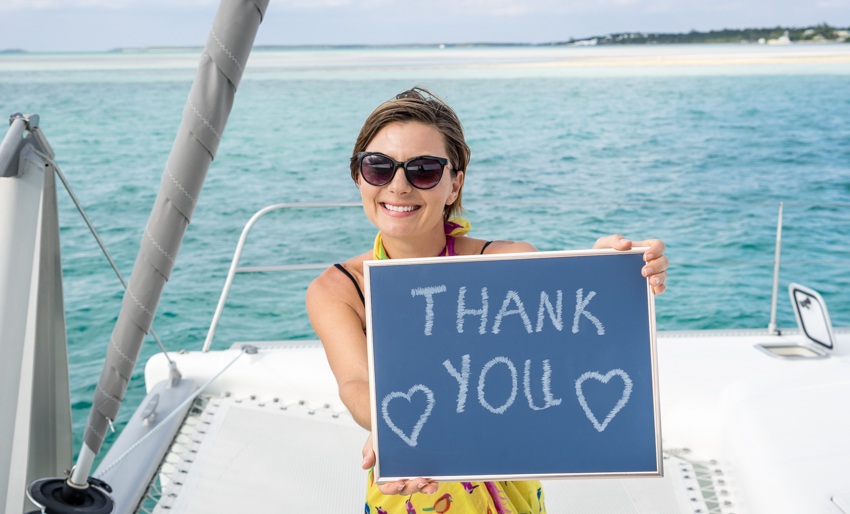