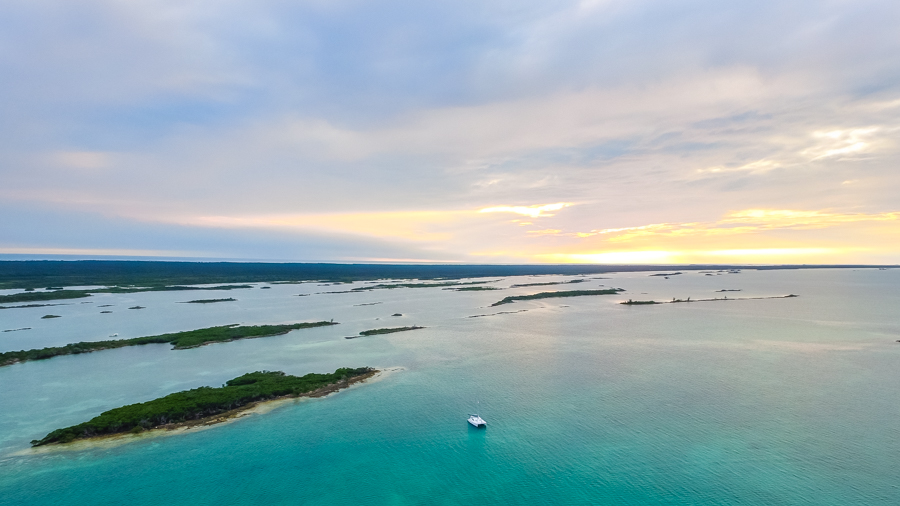 Sailing North, The End of The Abacos

Hope Town is the end of the Abacos for us or at least as far south as we are going to make it. Why? The short answer is we’re on a schedule and oh baby, do we hate schedules.

Schedules are like dictators. They take away freedom, squash curiosity and threaten chaos if not adhered to.

However, there are rare cases where a schedule is necessary (unlike dictators).  For us, coordinating family meetups is one of those times. Jason’s family is flying into the Bahamas from all different parts of the country to meet us and see our new catamaran.  It’s a rare occasion to get everyone in one location (typically only happens at weddings or funerals) and while we hate to cut our time here short and backtrack…it’s family we’re talking about.  We are willing to make the sacrifice. 😉

I am certain drone shots make everything look more magical and has me hoping to be a bird in my next life.  Sky high views and fishing all day, doesn’t seem like a bad way to live! 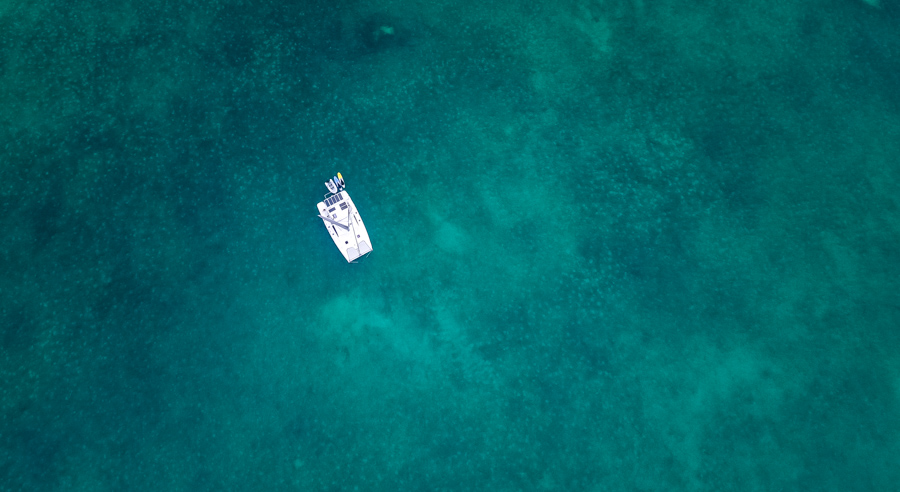 Speaking of fishing, you’ll be happy to hear we have since caught more tuna and a nice round of mackerel.  I’m still in need of a good fish identification app to help me learn all the different fish types.  I just can’t seem to find one I like.  If you have an app, or a printed guide you use, I would love to know what it is.

Sailing The Sea of Abaco

I see why so many cruisers rave about sailing in the Abaco’s.  It is generally protected from the east and west with shallow water and plenty of anchorages.  With winds typically from the east, cruising north or south is like a dream for those of us with sails. 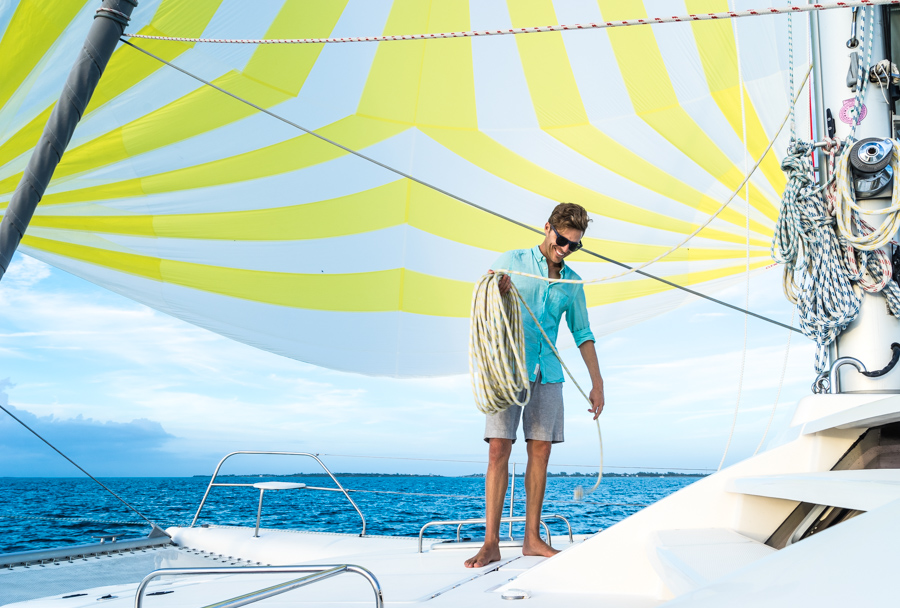 We had already hit so many great islands throughout the area, however we found a few more gems as we backtracked and focused in on new spots to drop the hook.  For our fellow travelers headed this way, we’ve highlighted some of our favorites from the trip below. 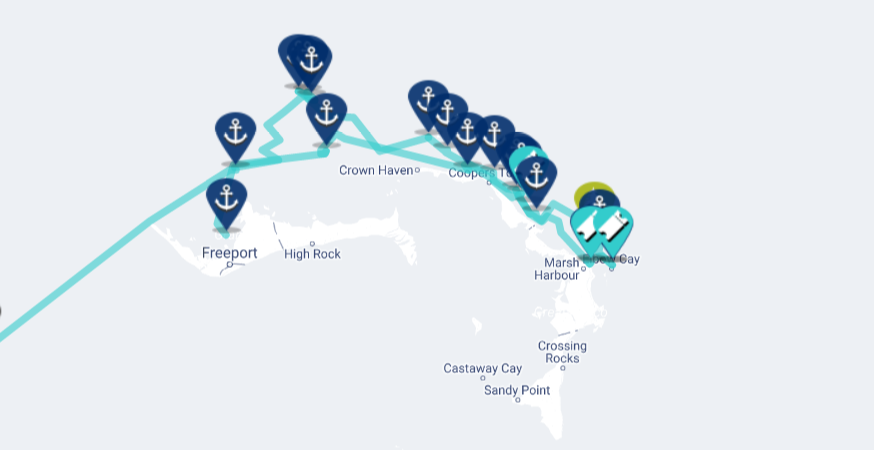 We originally planned to visit, but when we heard it’s a dry island (meaning no alcohol is sold) we were out!  Just kidding, we’re short on time and needed to keep moving along (but you do need to bring your own booze).  Supposedly it’s a picturesque little town with homes that are built like ships.  Cruisers from all over the Abacos talked about the quality of the Dock and Dine restaurant along with the local ice cream at Island Treats.  There’s a wrecked ship and reef for scuba called the USS Adirondack, and plenty of beaches to explore.  In other words…we need to come back. 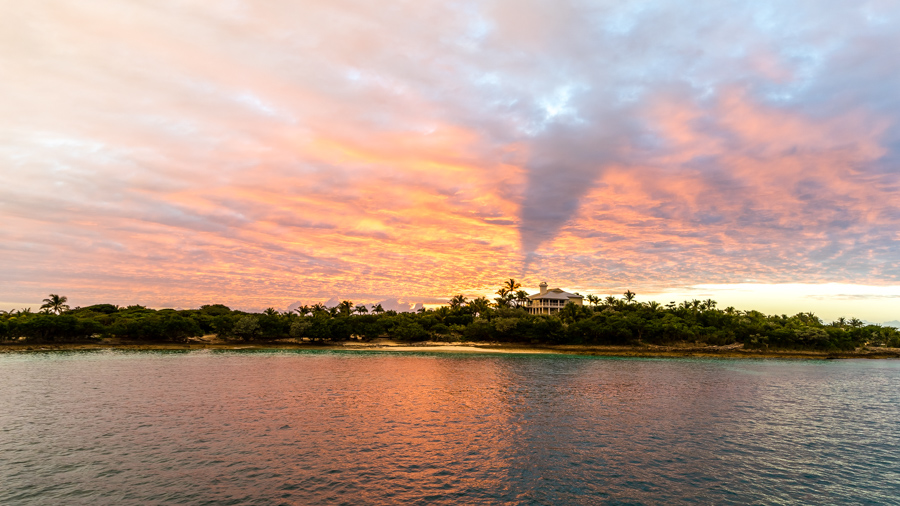 This spot is not to be missed!  There is a day anchorage, or fair weather anchorage, on the SW side of Fowl Cay.  We chose to cruise up on the dingy from our spot at Man-O-War North, which is about a five nautical mile round trip.  We read reports of multiple mooring balls however we only located one off the northeast tip of the cay.  The reef we found was loaded with fish of all sizes, and as usual some creepy barracuda lurking off in the deeper water.  There’s loads more to explore by snorkel or scuba but we spent a couple hours swimming around and by the time we hopped back in the dinghy we were nearly popsicles. 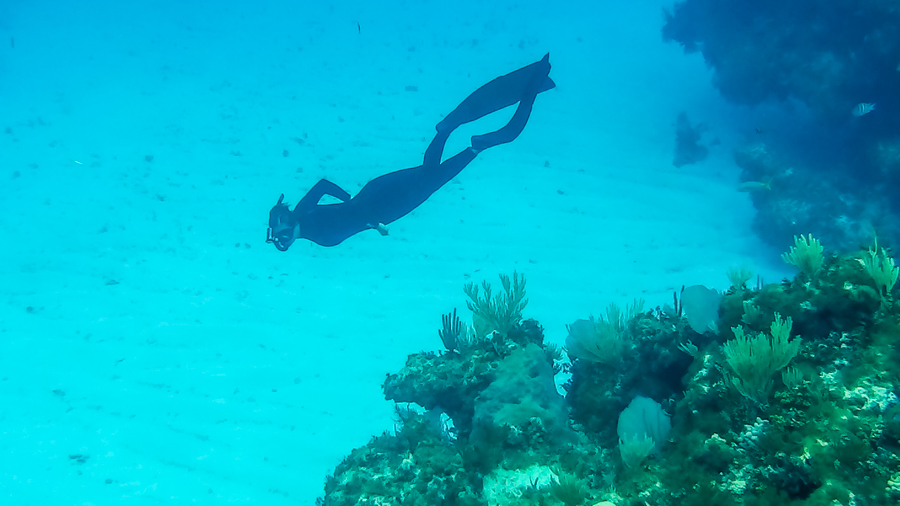 In and Out of The Atlantic – Unmarked Cut and The Whale

We took the unmarked cut between Man-O-War and Fowl Cay Preserve and it was a perfectly fine transition into the deep Atlantic Ocean.  We snagged our first tuna, even if it was just a skipjack, but we ended up throwing him back because we couldn’t properly identify him fast enough.  The fishing out here is supposed to be amazing, but our sail was too short to hook another one.  From the outside we sailed back inside through The Whale without any issue. 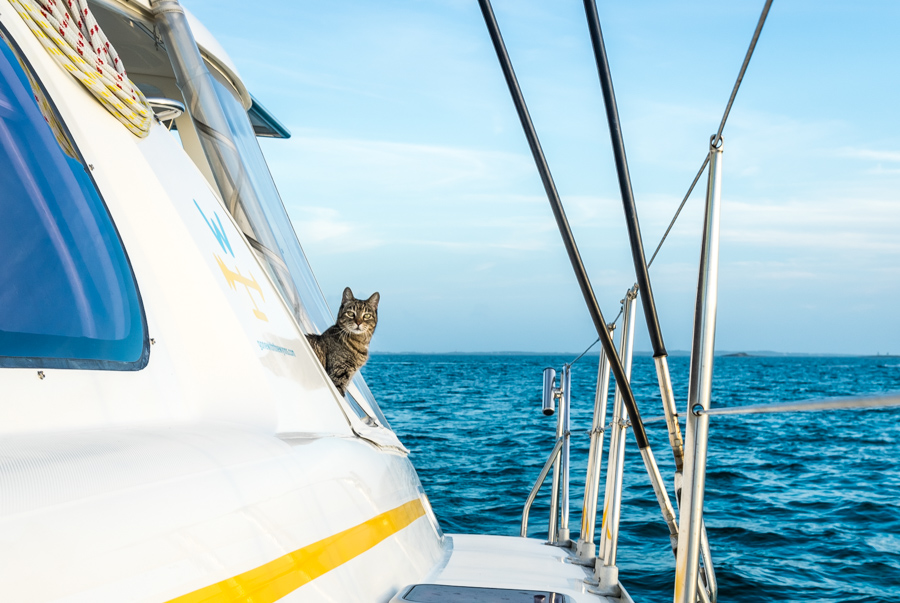 In anticipation of a blow from the north-northeast, we dropped the hook at the Crab Cay East Anchorage.  We stayed for three nights and didn’t see a single vessel.  We paddled through the shallows and small rock formations that surrounded us in search of lobster but we only found shell remains and a few pockets of junior lobsters, surprising since it looks like lobster heaven around here.  We found a small wrecked boat while lobster scouting and Jason was surrounded by half a dozen small sharks while paddling back to the boat.  A little exciting and scary at the same time.

Prepping for another big blow (welcome to winter in the Bahamas) from the north to northeast then switching straight east, we decided to hunker down at Great Sale Cay.  We were one of a half dozen boats but there was plenty of room for us and then some.  When the wind calmed down we paddled over to the mangroves and saw dozens of small sharks, loads of sea turtles both big and small, a spotted eagle ray and lots of water fowl.  We heard from some locals in Green Turtle that Great Sale is THE spot for lobster, however we only found a few hanging out near Curry Creek.  We also took Singa for a walk on the beach at low tide.  There’s a fair amount of sand plus ruins of a building that’s long gone.

There are plenty of places we missed in the Abaco’s like Sandy Point, Moore’s Island, The Marls, Hole in the Wall Lighthouse, Abaco National Park, Nippers and so on.  It’s hard to squeeze it all in one trip and we didn’t want to try.  Missing a few must-see’s gives us a reason to come back.

What else did we miss?  If you have your own Abaco Island favorite to share please do in the comments below!