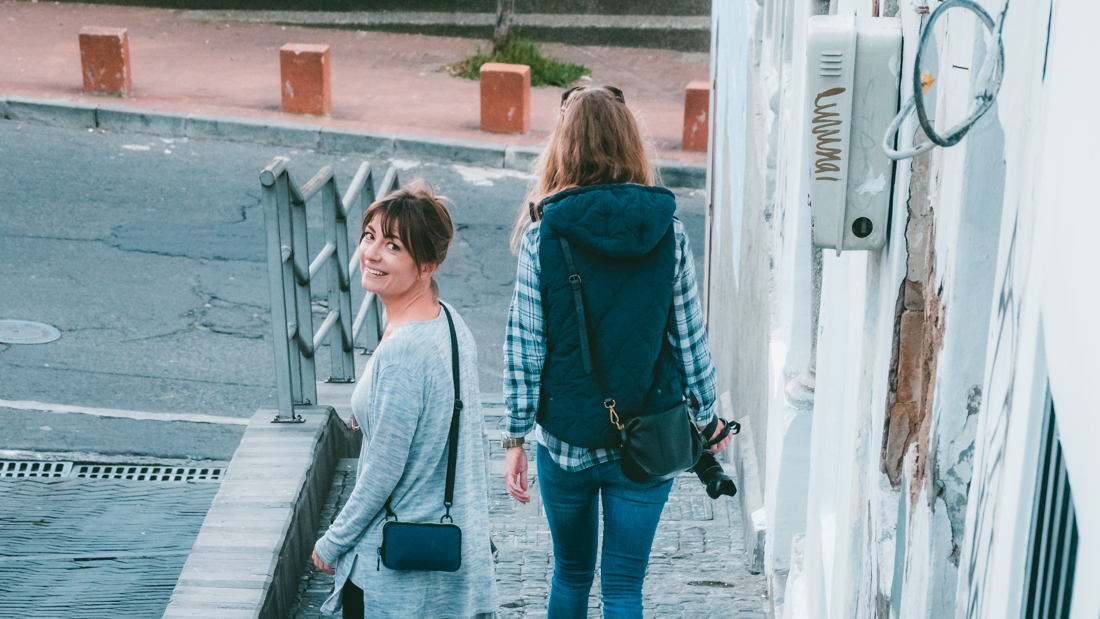 A Place So Beautiful It Invites You To Die

Sailing the world is about much more than simply sailing.  It’s about exploring the world.  S/V Curiosity is a means of travel, and our home, but sometimes we have to leave her behind.

We spent the better part of a week doing nothing more than research, filling out applications and making reservations.  But don’t worry, we’ve spared you from watching us sit at the salon table in our underwear for days on end.

Why so much sitting around in our underwear?  First, because we’re having a issues with our watermaker, and not wearing clothes cuts down on laundry.  Second, because sometimes we wake up, sit down at the computer with a cup of coffee and don’t move again until it’s sundowner time.  But it’s mostly because we’ve arrived in a new country and it’s time to start preparing for the next.

Our next destination requires a road trip to the French Embassy.  Which just so happens to be 250 miles inland to the oldest city in South America and one of the highest cities in the world.

In true Wynn fashion, we turned that 250 miles into a route well over 1,500.  We couldn’t help ourselves.  After all, we did spend six years on a road trip around North America.

In the next couple of weeks, we’ll make our way to the highest mountains, most beautiful volcanoes, gushing waterfalls, magnificent art-filled churches and take in a whole lot of Ecuadorian culture.

Yep, we purposely planned our road trip right in the middle of the water soaking, foam spraying, color slinging festival that is Carnival (it’s similar to Mardi Gras for those who live in the states).  This may have been a terrible idea or complete genius.  It all depends on how you feel about crowds and festivals.  We’re all about it!

From what we’ve seen so far, we’re in for a lot of landscape eye candy.

We had to give up our passports!

Our next country is French Polynesia and as citizens of the USA we would be granted a 90 day visa upon arrival.  Which may sound like a lot but it’s not.

First, lets take into consideration that the journey to French Polynesia is a 4,000 nautical mile sail that will take us over 20 days to get there.  Over 20 days in the middle of the Pacific Ocean!

Now, let’s take a brief glance at the 118 geographically dispersed islands and atolls stretching over an expanse of more than 1,200 miles in the South Pacific Ocean.

French Polynesia is divided into five groups of islands: the Society Islands archipelago, the Tuamotu Archipelago, the Gambier Islands, the Marquesas Islands, and the Austral Islands. 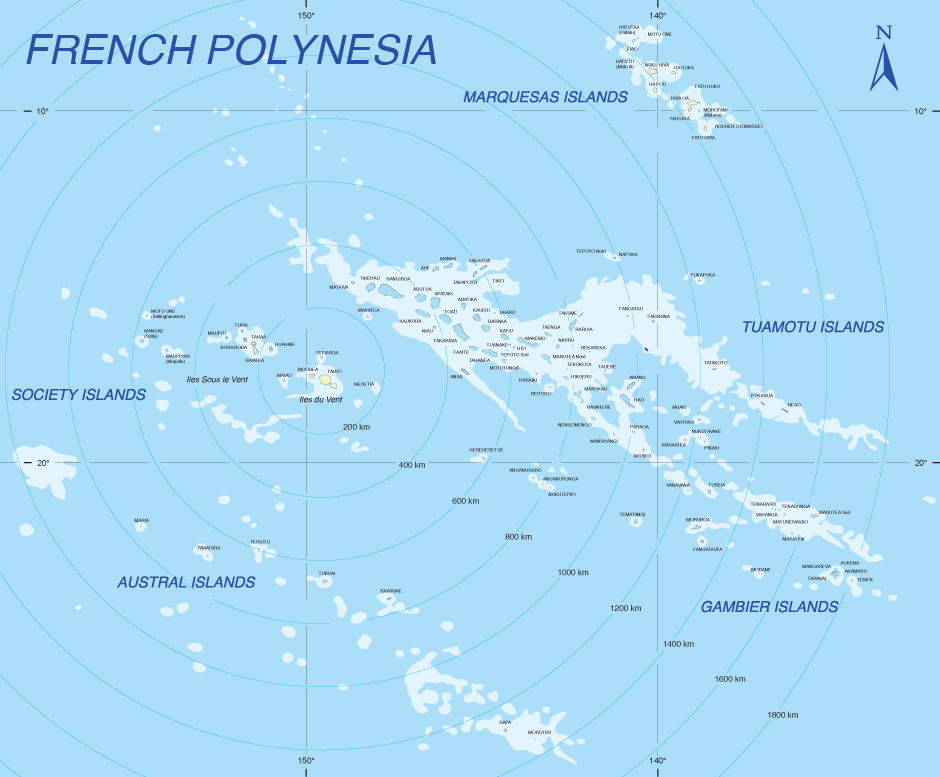 We’re going to need more than 90 days to explore them all.  Oh, and let’s not forget we’ll have cyclone season to deal with.

So, we are applying for our French Polynesia Long Stay Visa.  If approved, the visa will allow us up to a year to explore the islands.  It’s more of a process than I can squeeze into this post.  But, stay tuned…I’ll share the full scoop on the process soon.

Quito is the capital of Ecuador and stands at almost 10,000 feet above sea level.  That’s a lot of altitude for sea level dwelling peeps like ourselves. It’s a sprawling colonial city cradled in a long valley surrounded by mountain peaks. 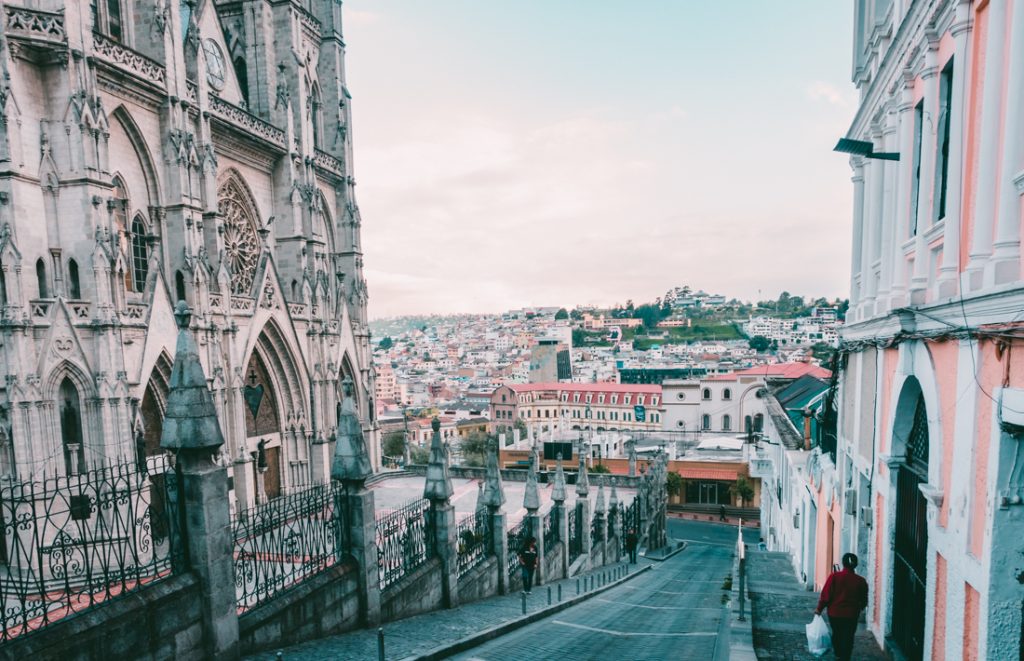 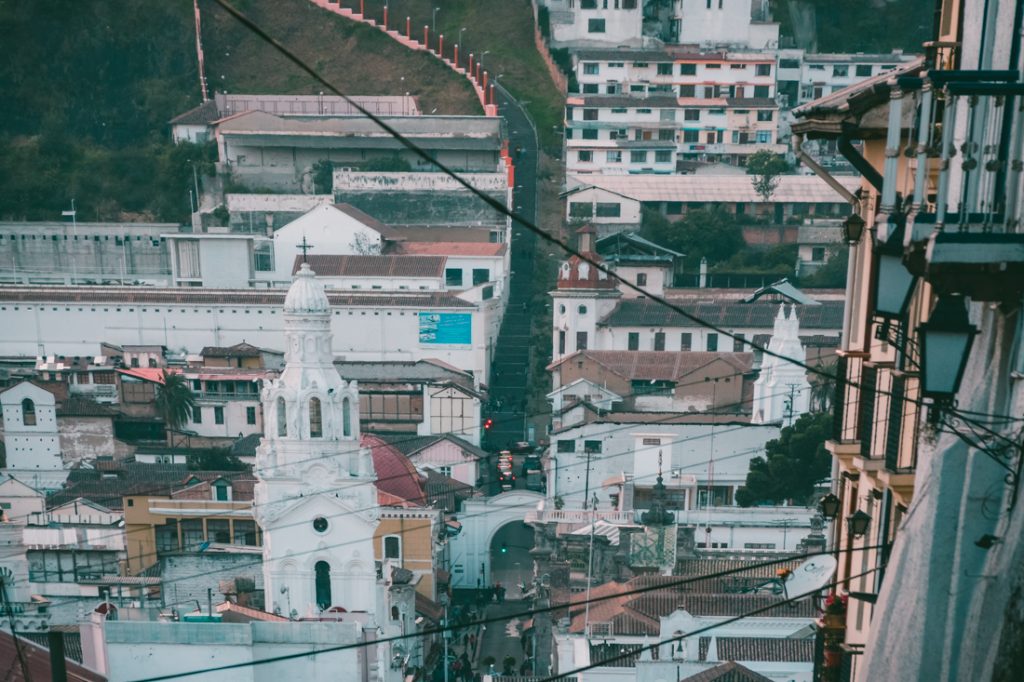 We only spent one day roaming about the city but we’ll be back soon.  If nothing else, to climb to the top of that church tower. 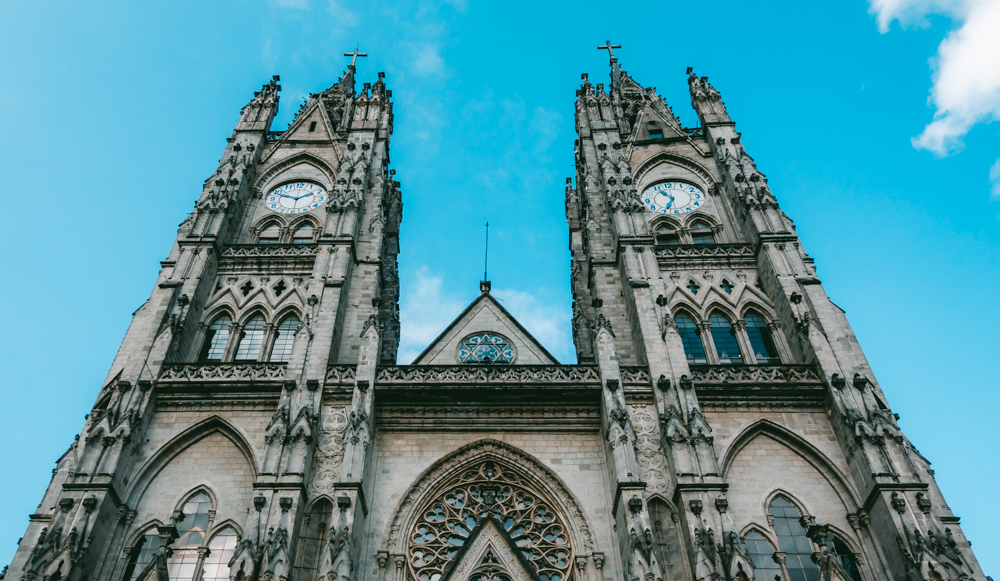 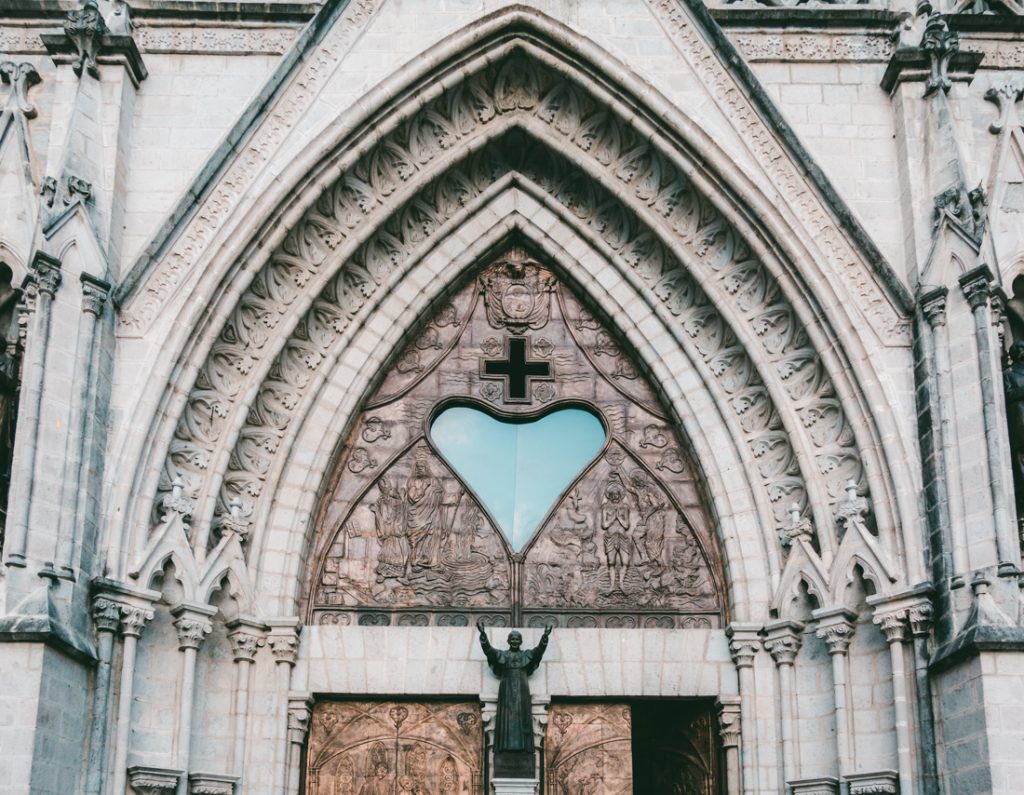 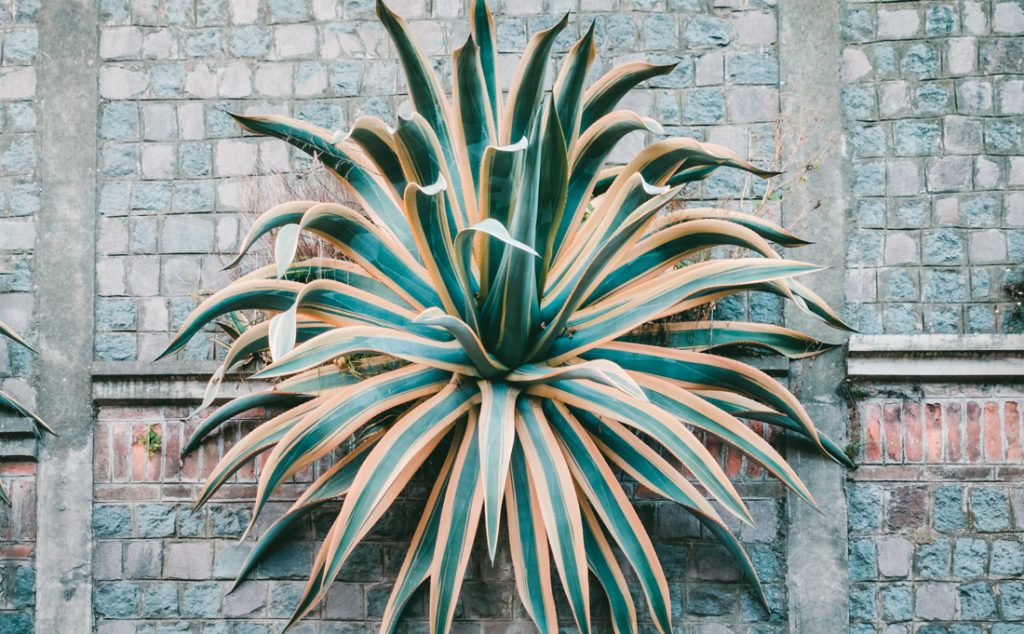 This busy highland city is mostly known as the last Ecuadorian stop before heading to Colombia. It’s a bustling border town (much more so than we expected) with what has to be one of the most stunning cemeteries in the world.

Wandering through all the topiaries had me jonesing to watch Edward Scissorhands. 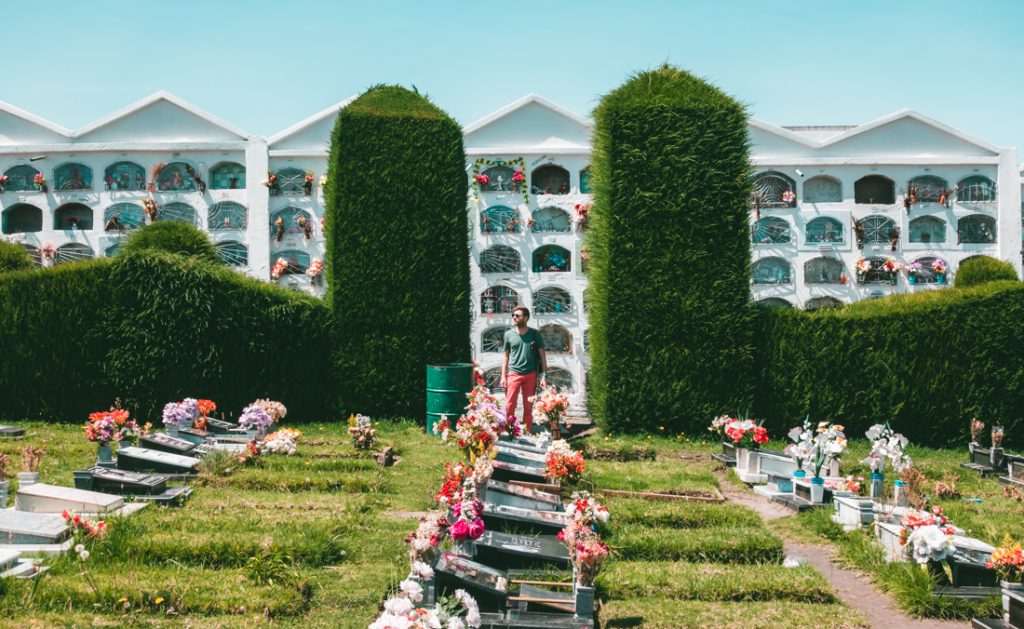 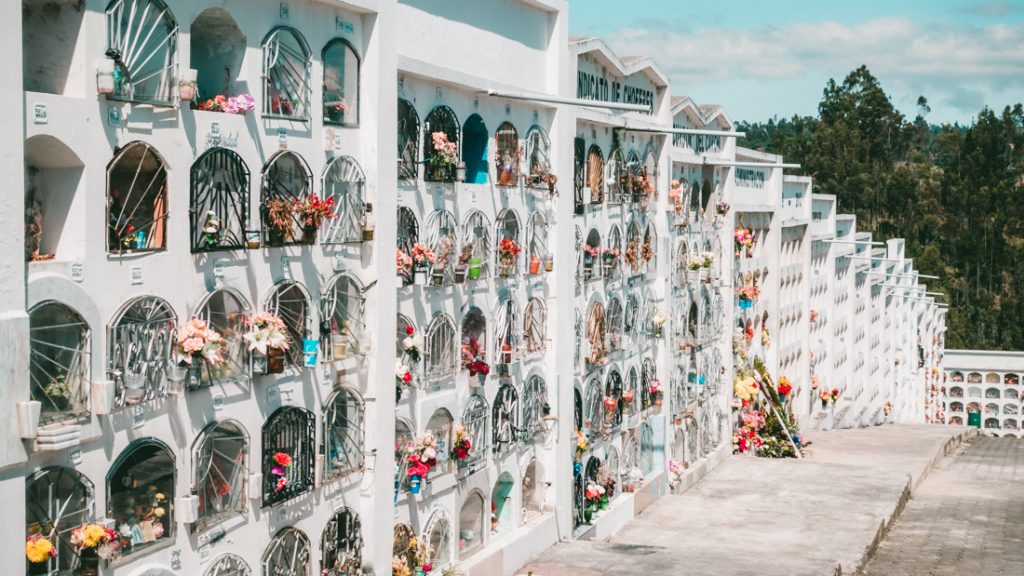 The cemetery of Tulcan is built on 8 acres of land and was established in 1932. José Franco was the head of the municipality of Tulcán Parks and started planting and pruning rows of cypress trees. Some were mythological figures, others were animals and some just geometric shapes. Now, there are more than 300 figures in total.

José Franco Guerrero died in 1985 and was of course buried in the cemetery he made so spectacular. His epitaph reads: “In Tulcán, a cemetery so beautiful that it invites one to die!” His five sons continue the maintenance of the Topiary Garden Cemetery which is now named after their father. 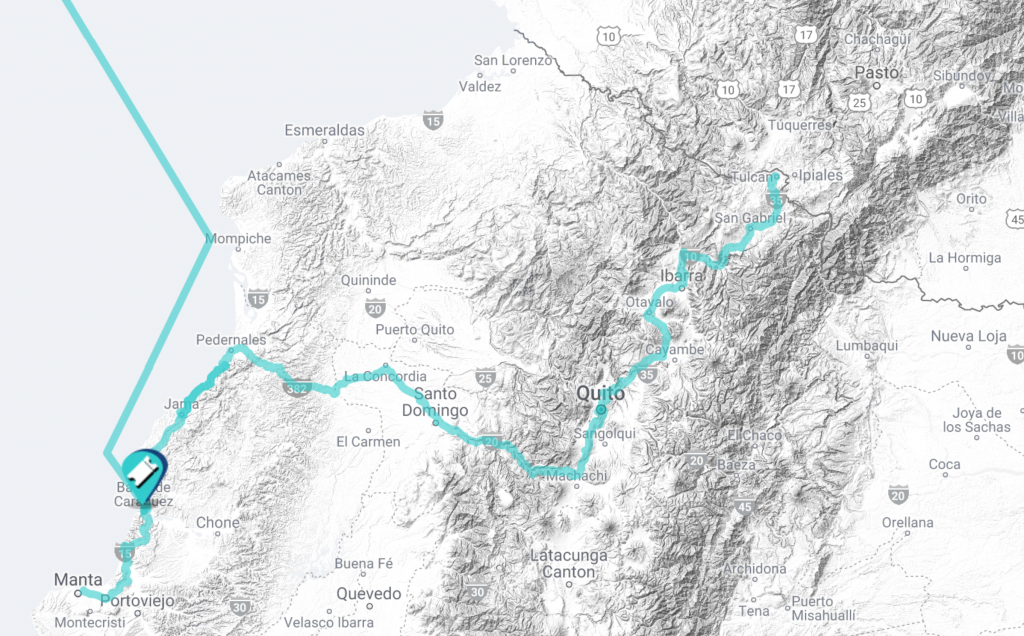 Sharing our lives and what we learn along the way is possible because of viewers like you. A gigantic shout out to our Patreons! If you enjoyed this video, check out our Say Thanks page. It lists out some of the ways you can help keep these videos flowing. Best part is, most won’t cost you a penny but they make a BIG difference to us. Thank You!