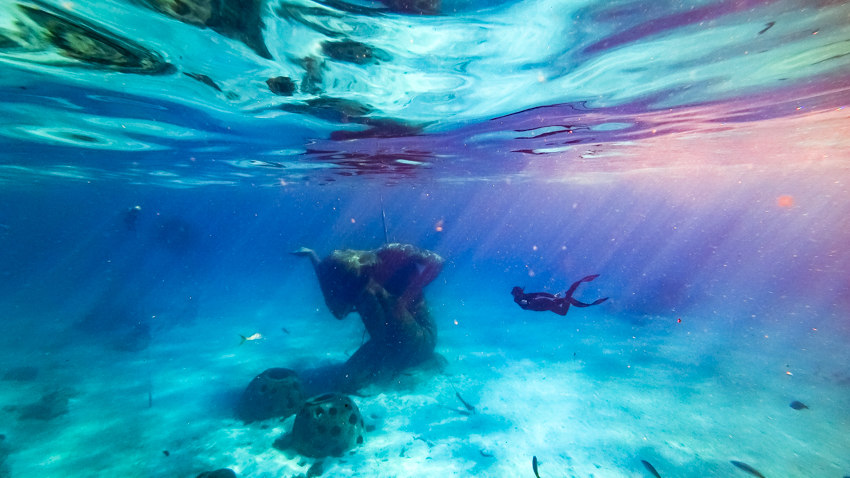 Sailing into Nassau I had two things on my mind.  The first was to restock our fridge because we were down to nothing more than beans, rice and pasta.  Then, I wanted to go see the world’s largest underwater sculpture.

Now, I realize these are not very lofty goals for the capital and largest city in the Bahamas.  Nassau is home to 70% of the entire Bahamian population and historically a pirate haven.  During the 1700’s it was proclaimed Pirate Republic and home base to the famous Calico Jack Rackham and the infamous Blackbeard.

Normally, we would be all about hitting the city to go gallivanting about town looking for relics.  But, our lives are centered around the weather and we have another blow headed our way (blow is sailor speak for a storm with high winds).  So, we squeezed in what we could before need to move along to a safer anchorage.

What did you think about the sculpture Ocean Atlas?  The Bahamian girl is 5 meters (16.4 feet) tall and weighs more than 60 tons.  She is made of PH neutral concrete that will eventually become an artificial reef.  In other words, give her another decade or so and she should be covered in coral and looking like something out of Davy Jones’s locker! It will be really neat to come back and see her then.

I’m marking our charts with Jason deCaires Taylors’s other sculptures around the world.  He has created quite the collection and from the looks of his website (underwatersculpture.com), they all seem like they are worth seeking out. 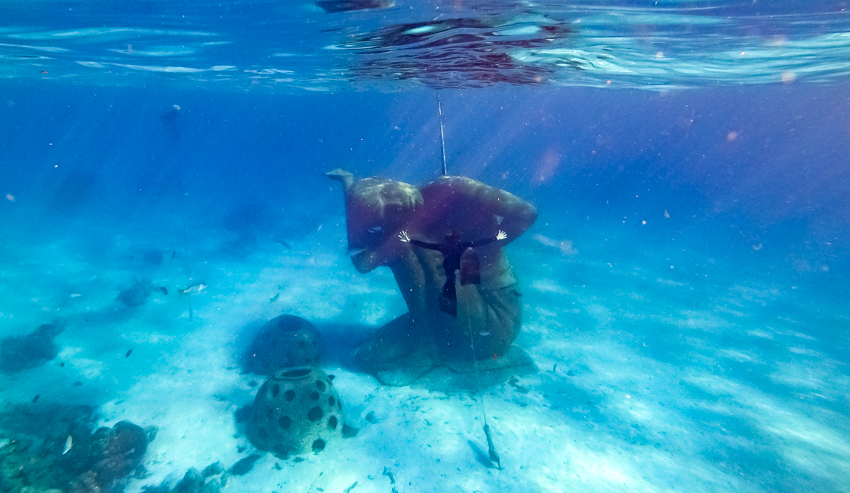 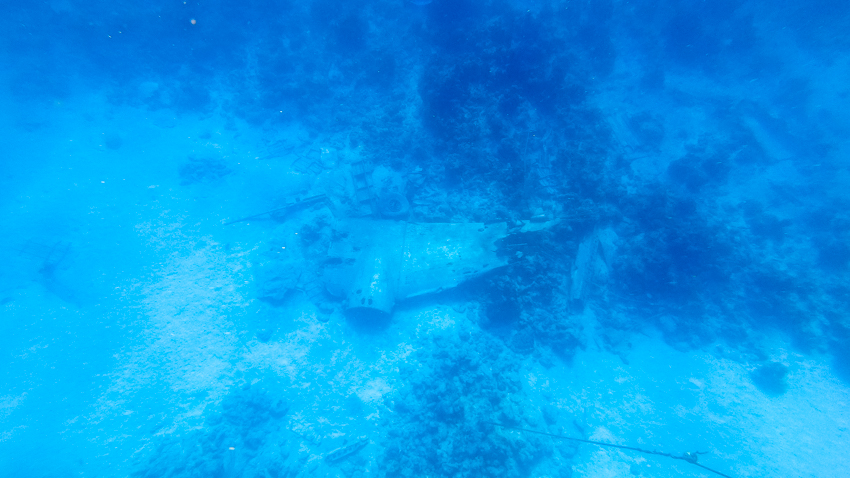 Possibly some James Bond set remains of a wrecked plane…

There are two other sculptures to see here done by Bahamian artists just off the shore of the Clifton Heritage center.  They are much smaller but still very neat to see.  Follow the reef balls to find them.

Cautionary Note! As a general rule if the Heritage center isn’t renting snorkel gear DO NOT snorkel!  It might mean there’s an oil slick and that will make for a horrible snorkel experience.

There is nothing like snorkeling an area heavily trafficked and impacted by humans to remind us of how big a wake our footprints can leave. One of a million reasons we need to be respectful of our planet.  Especially so considering NASA hasn’t found another one like it. 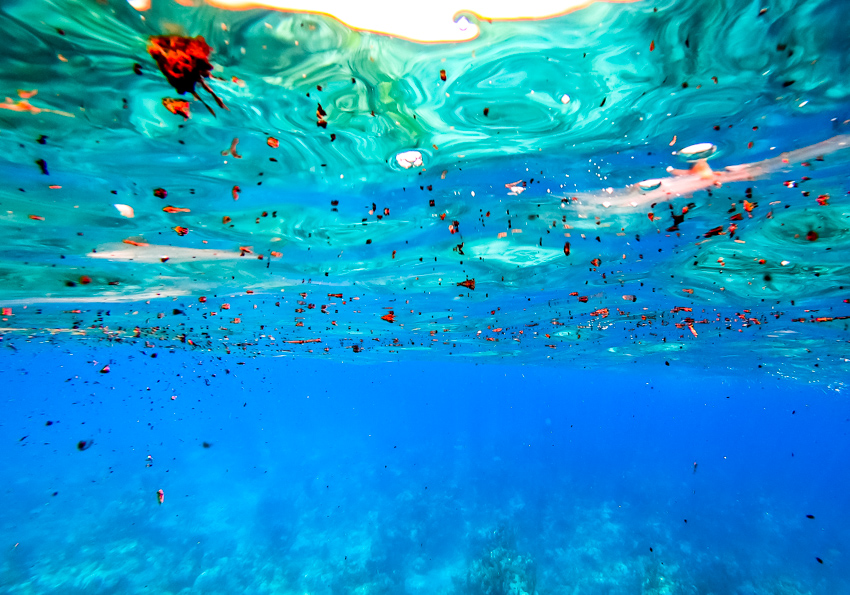 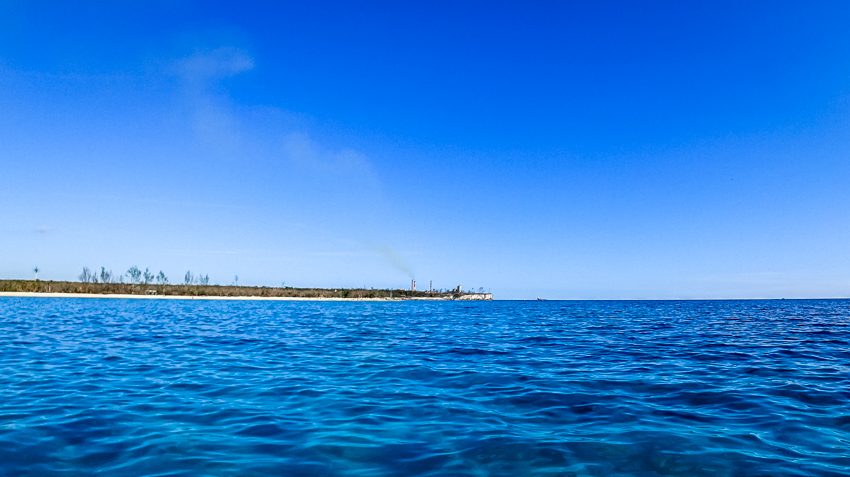 Going into the sailing lifestyle, especially as vegetarians, I knew we would end up in areas where finding fresh fruits and veggies would be hard.  Stores in the Bahamas are like a box of chocolates, you never know what you are going to get.  Not all, but some of the islands are downright depressing when it comes to fresh foods.  So, walking into the Fresh Market in Nassau was like winning the Willy Wonka golden ticket.  I was over the top giddy and if I could have reasonably carried more back to the boat…I would have!  It was glorious, just glorious I tell you!

Our anchorage at West Bay, AKA Jaws Beach, was fantastic (these swimming pool waters seriously don’t get old). It’s extra satisfying throwing the hook out in a beautiful spot and not paying a penny.  Especially knowing how expensive the marinas are around New Providence Island ($100 & up per night for our boat).  It’s a peaceful location just far enough from the bustle of the city and close to the Clifton Heritage Center, Ocean Atlas and other dive sites. 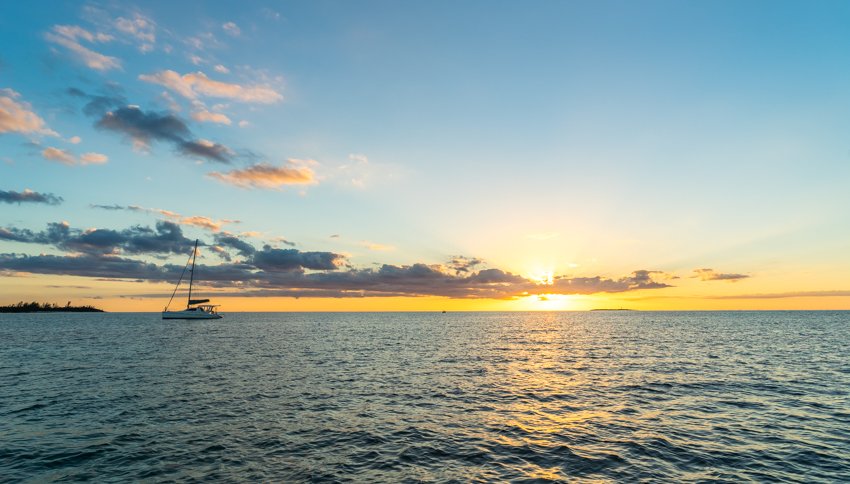 But let’s get to the Jaws part shall we?  Scenes from the movie JAWS: The Revenge were filmed here and that is how it became known as Jaws Beach.  Cool enough, right?  But when I was poking around the internet, it was a story from 2010 about a sailor being eaten by and found inside the belly of a giant tiger shark that really caught my attention.  I bet I have yours now too!

Now, before I share the story I feel it’s necessary to say this is an exceptionally rare thing to happen. I would still go back and swim in the area, sharks and all.  I believe we should treat sharks with the same fear/respect we would if we were hiking a trail and came across a bear, mountain goat or cougar.  That said, I do not think people should be feeding wild sharks and think this adds to the shark attack problem (and why we will not be going on any shark feeding dives).  Most of my arguments are very similar as to why you shouldn’t feed a bear in Yellowstone National Park. But I won’t get on that soap box.

Ok, here is the crazy and sad story I found about Jaws Beach:  Missing sailor found inside shark off Jaws beach

Well, we missed a lot but that’s ok.  We had enough time to meet up with our local friend s/v La Gata, made new friends aboard s/v Maverick and had the chance to get up close and personal with the world’s largest underwater sculpture.  Not too shabby for a couple of days.  We eventually want to make our way back to check out the forts (Fort Fincastle, Fort Charlotte), learn more about the pirate history, see the pink government house, taste the brews at Pirate Republic, sip on some JAB and to simply get a feel for the Biggest Bahamian city.

If you’ve been and have some Nassau must see, taste or do suggestions…please let us know in the comments below!  I know we’ll be back and next time, we’ll be on a city mission.

Thanks for being a part of our sailing adventures and a huge thanks to our Patrons (we couldn’t do it without your sharing and support)!