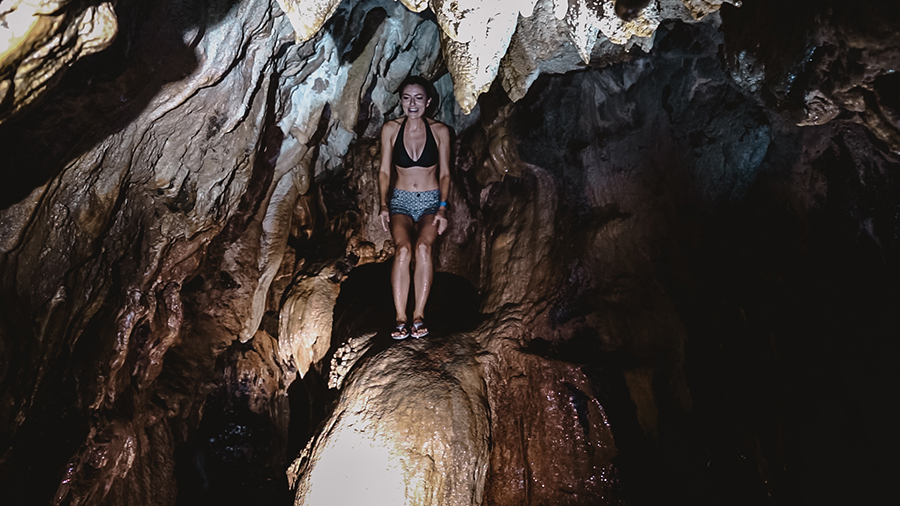 Back At Boat Life: New Crew, Repairs & A Freaky Cave

The Boquete road trip is over and it’s as if we never left.  The elevation hasn’t even had time to wear off and we’re already back in the groove of boat life.

You know, boat life…where we fix the things that broke while sailing, maintain the ones still working and squeeze in as many ridiculous adventures in-between as we can.

Prepare to get dirty, wet and possibly a little creeped out.

Did you make it all the way to the end?  Did we lose anyone in the cave that couldn’t handle the bats, spiders and whatever crustacean that was lurking in the water?

I have mini panic attacks inside every time I see a spider, so that was really testing my comfort zone.  They say being surrounded by something you fear is the best way to get past the fear.  I can’t say I’m past my fear of spiders but I think we have a mutual respect. 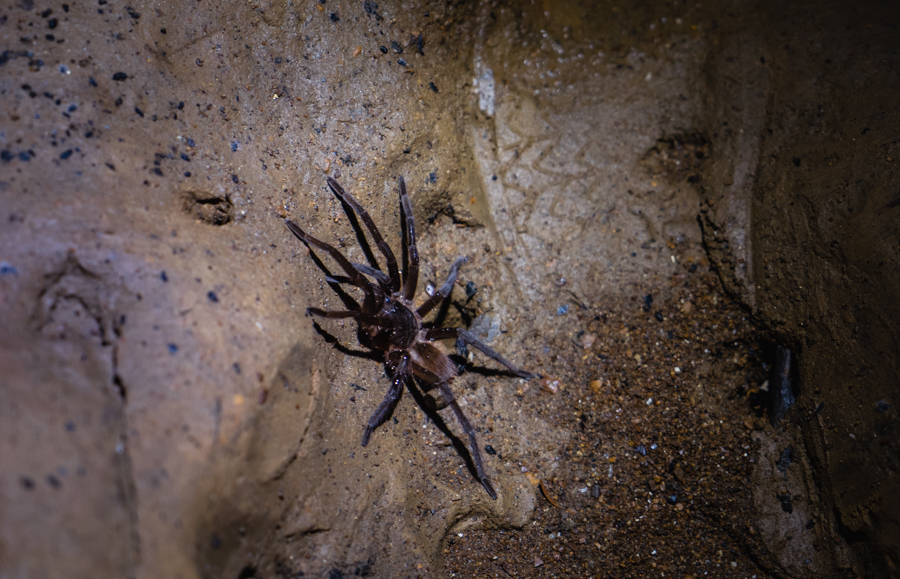 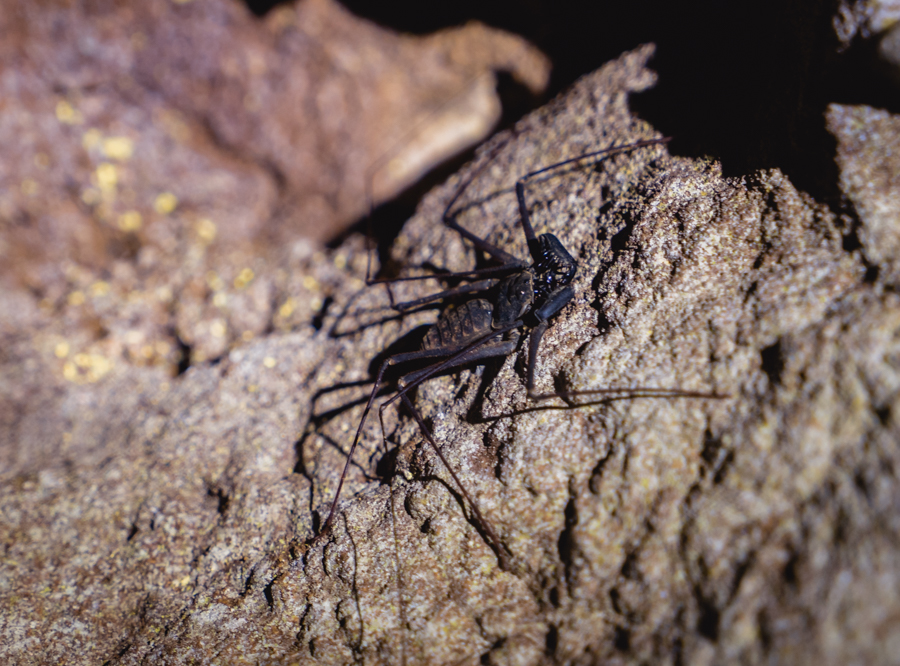 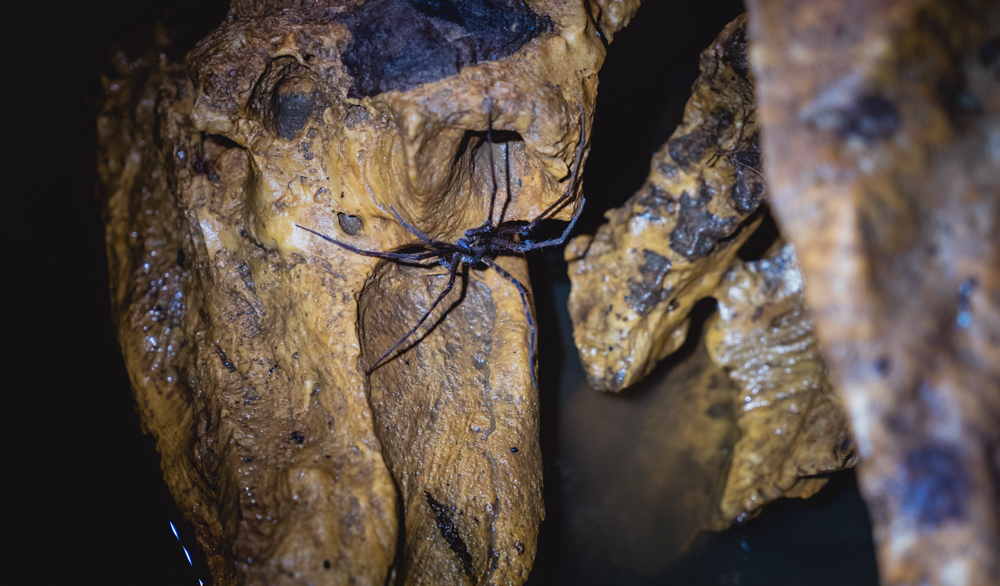 Boat maintenance is an ongoing love-hate affair.  Some days it feels like we’re drowning in boat work and the old saying “you know a boat is hole in the water you throw money into” is all too real.  Then there are days, like these, where it feels like the general maintenance that goes into owning and operating anything…a house, a car or even a bicycle.  I guess what’s surprising is how much maintenance can be required within such a small footprint.

Sailing Vessel Curiosity is our home, Minion the dinghy is our car and both take us around the world in a way unparalleled by any other mode of transportation.  Maintenance is to be expected and repairs are becoming as much a part of the ongoing adventure as the voyages. 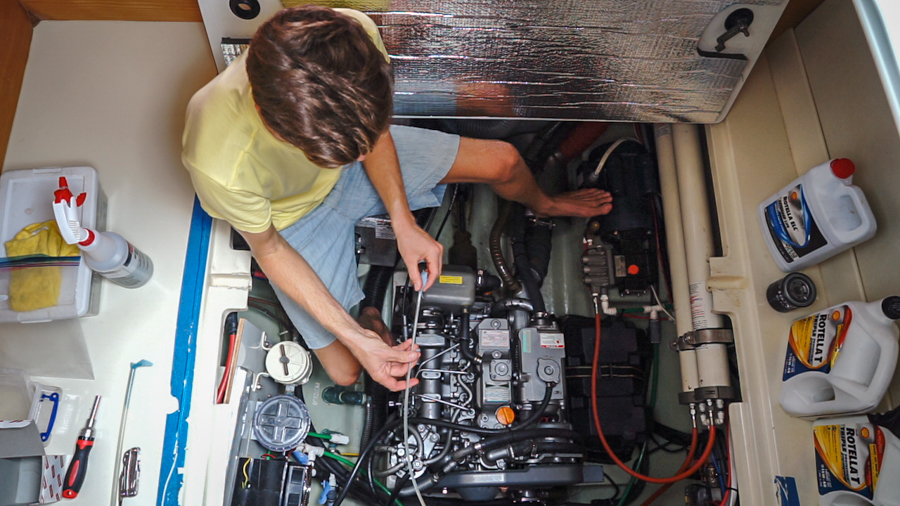 It’s been a year since our last oil change and our Yanmar 40 owner’s manuals suggest once per year.  No big deal and easier than an oil change on my old car.

The Unscheduled Maintenance, AKA Stuff That Broke

The support strut is a bit of a mystery and we’re not sure why it cracked.  Which is disconcerting.  Its always better when we can figure out why something broke so we can make sure it doesn’t happen again.  Thankfully it appears that the other side is still in ok shape (for now).

A small pin hole in the radiator hose made itself aware by leaving pink water in the engine compartment.  Thankfully the hole was close enough to the end of the hose Jason was able to simply cut the hose shorter and reattach it.  We now have spare hose on our boat parts list.

The composting toilet fan is the only electric part on the heads.  It’s a very simple muffin fan that we found needs replacing occasionally.  This time was understandable as we did have some good days crashing about at sea during our crossing to Panama. We carry a few spares and it’s a simple swap for any novice. The particular fan that broke is a secondary fan.  Since we have two composting heads that share the same exhaust hose we added an extra fan inside the vent hose near the outlet of the hull.  This way if both toilets are being used the extra fan will help guide any smells overboard.

The coffee grinder…this falls into the OMG, panic time, WTF are we going to do!  Not only for us, but our new crew member Dan.  His is 6’5 espresso needs are off the charts!  We didn’t want to make this another video about coffee so we spared you on the grinder breakdown drama.  But for our concerned, and future Panama bound viewers out there, coffee grinders are nonexistent in the Bocas Del Toro archipelago.  Carry a backup grinder (we suggest a good hand grinder) and know you’ll have to make a trip to Panama City to find a half decent burr grinder…which is where we eventually found a replacement for ours.

What a prankster our guide Fernando was, we almost didn’t want to take him home because he was seriously funny!  I made sure to drop a pin on our map near his house just in case you want to dinghy over to pick him up for a tour ($5 per person).

If you find yourself in the Bocas del Toro area, and you’re not on a boat, or just want to take one of the organized tours via a panga…you can arrange a trip from any of the marinas, resorts or tour stands on Bastimentos or Bocas Town.  Most were around $35 per person.

In total, our group of 5 saved a $150 by taking our capable dink Minion.  It made for a very unique experience.  That said, I’m sure we would’ve had a stellar time, and thought it was money well spent, if we’d taken one of the more pricey arranged tours.  Because it was a crazy-subterranean-river-cave-plunge-pool-good-time! 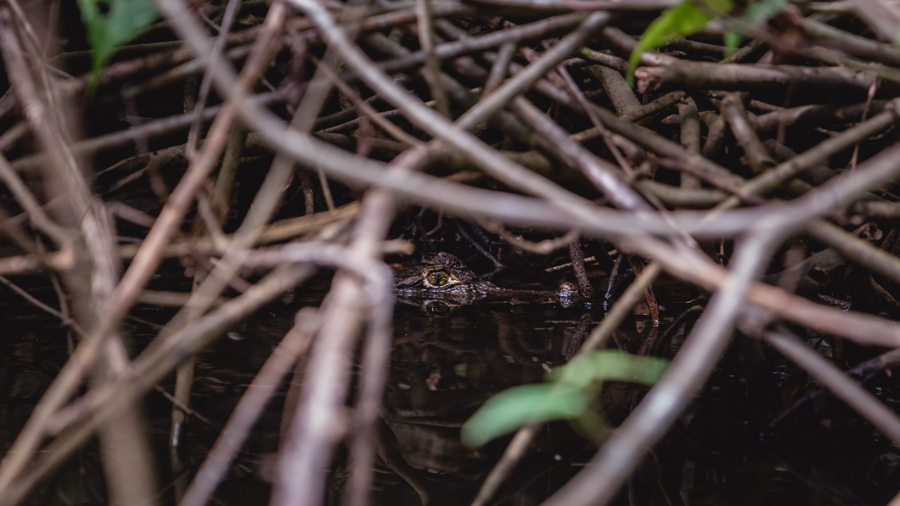 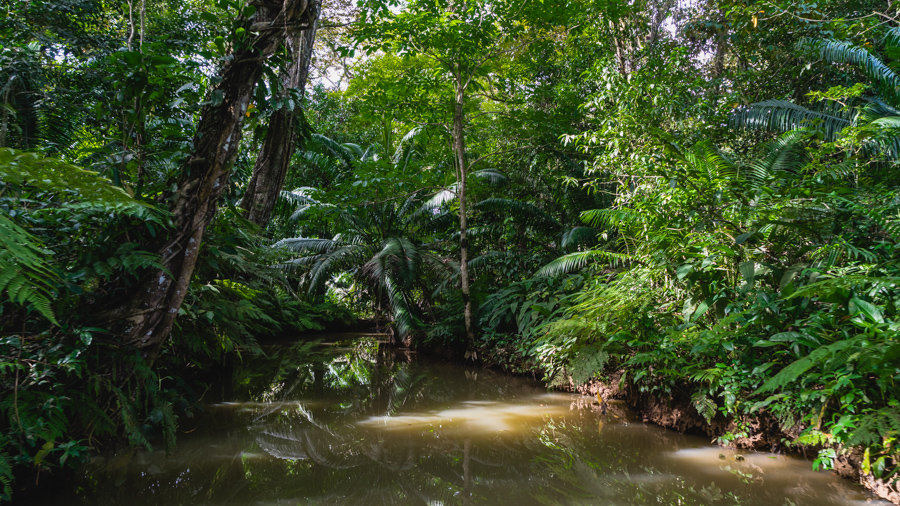 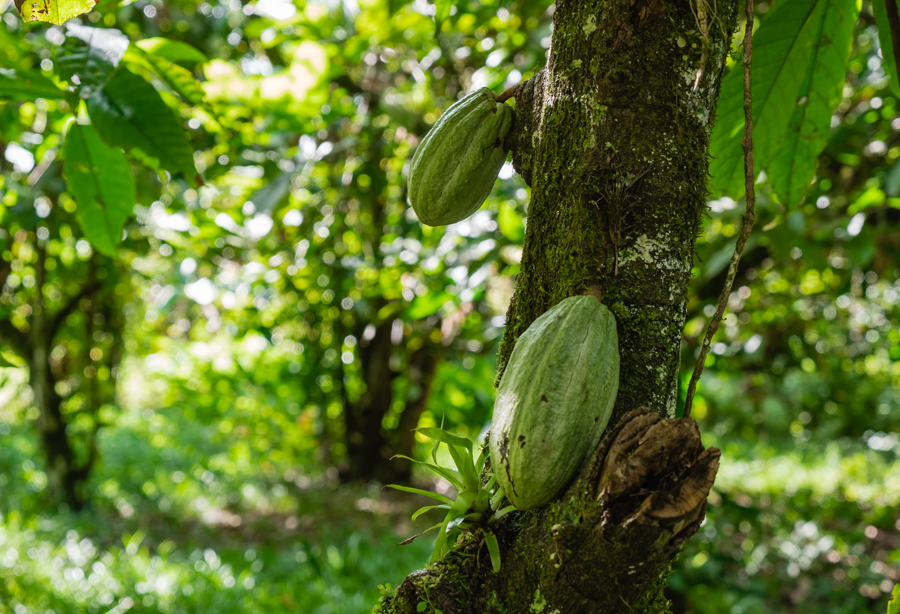 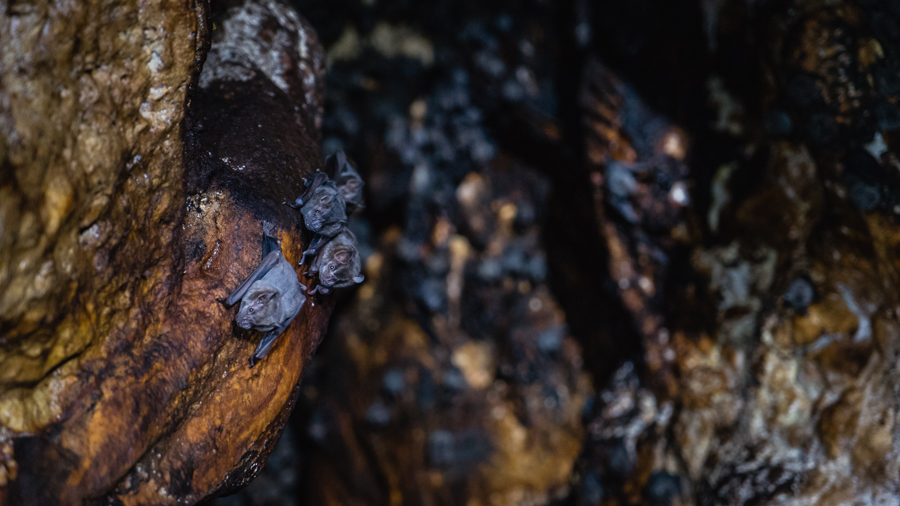 Quick Fun Fact About The Bats.  I did some research, with my good friend google, and found out these are spear nosed bats (appropriately named with their unique snouts).  They have a wingspan of one meter and are the second largest bats in the Americas. They are especially unique because they make a screech sound to call each other rather than sonar or echolocation.  Which its good to know they weren’t screeching at us…or were they? 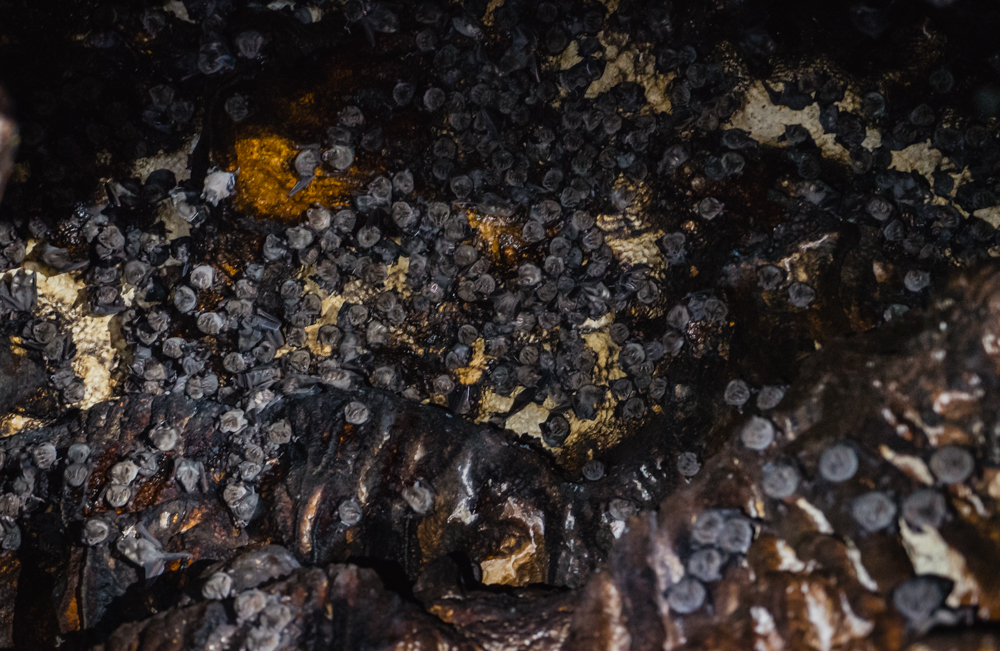 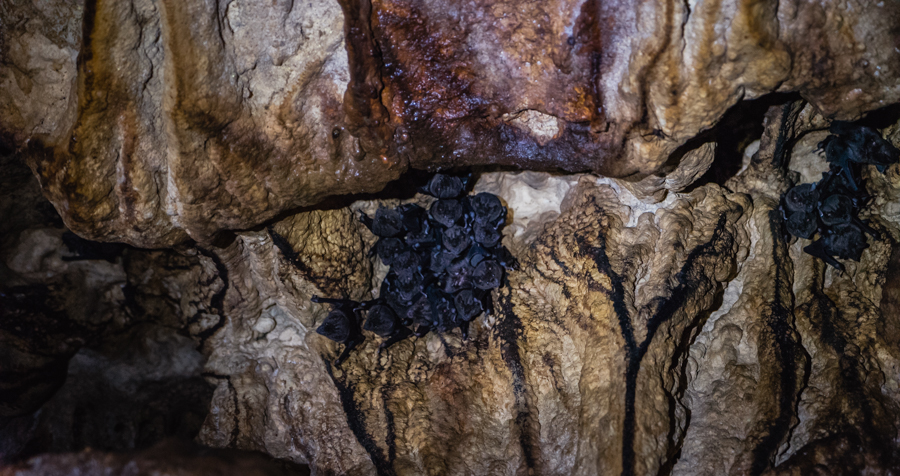 Dale and Justin are our first Patreon’s aboard and now we’ve welcomed Dan!  He is just a regular guy from Austin, Texas who is looking to live a more unsendentary lifestyle.  Maybe traveling about in a van, RV, boat, or who knows.  Only time will tell, but for now, we’re happy to have him coming along for some adventures with us.

Cameras Used to Capture The Adventure 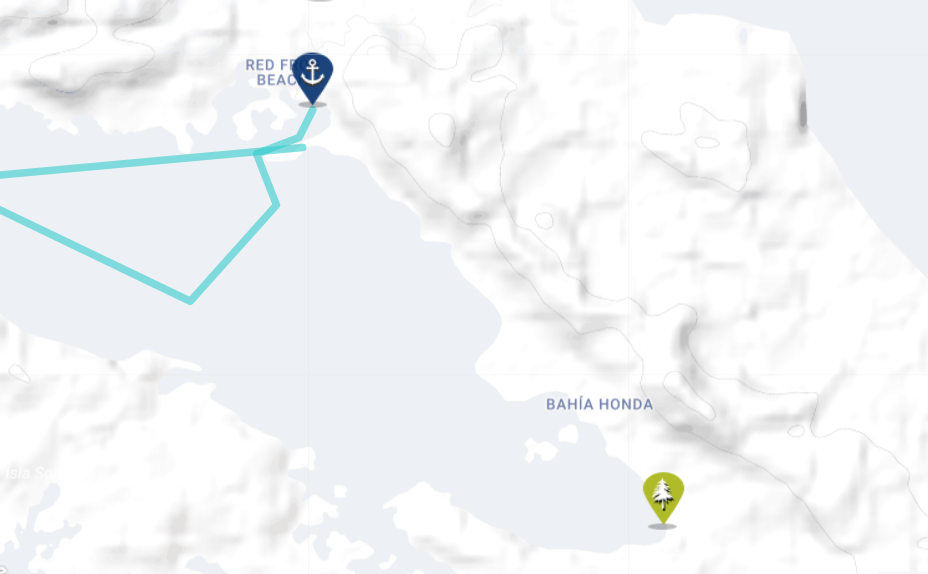 Thank you for tuning in!  Do you like our videos and posts? Find them helpful, entertaining or useful?  If so, check out our Say Thanks page to learn about different ways you can help keep videos and posts flowing. You’ll notice most ways don’t cost you a penny but make a big difference to us.